Holly Willoughby was overcome with emotion as she spoke to an Ukrainian student for her podcast show.

The presenter, 41, focused on Russia’s invasion of Ukraine for her latest Wylde Moon blog and spoke to 19-year-old Ukrainian politics student Valentina Butenko who paused her studies in London to go ‘fight back’ in her native country.

Holly grew emotional listening to the harrowing tale, as Valentina explained she left her mother in the UK to join her father in their hometown. 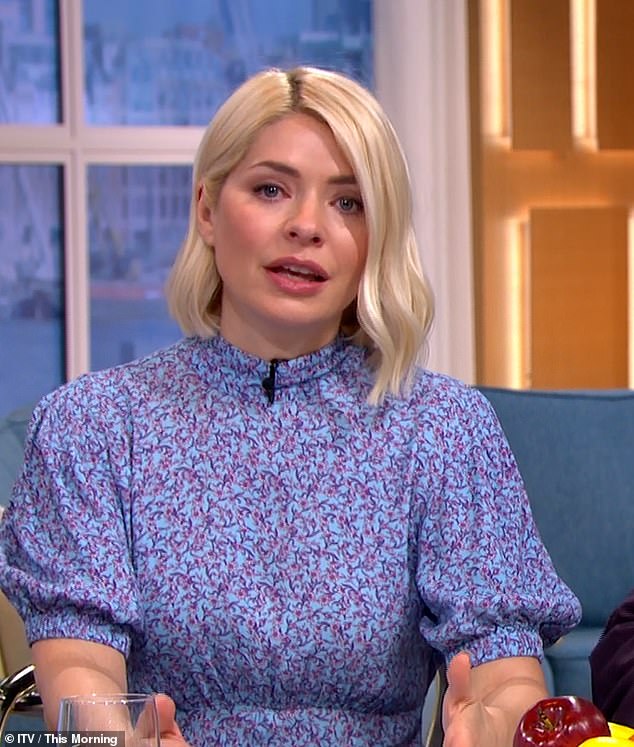 Upsetting: Holly Willoughby was overcome with emotion as she spoke with an Ukrainian student for her podcast show (stock image)

Valentina explained: ‘The moment this war started, I think my future became very simple for me. My future is about defending my country and rebuilding my country.

‘My identity and what is valuable to me is tied in with these people and this land, and everything I do going forward, it has to be about rebuilding and re-growing Ukraine – because this is where my identity is. 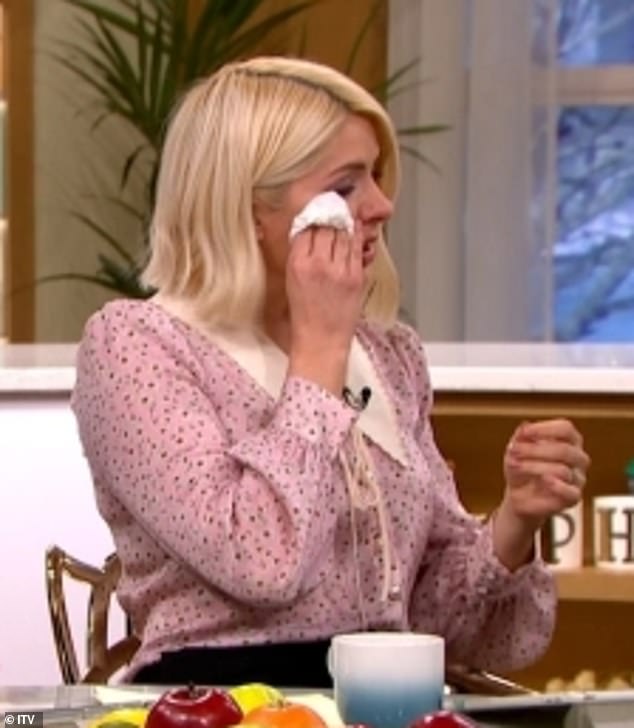 As Holly struggled to choke back tears, she said: ‘I can’t stop thinking about your poor mum. Firstly, she must be so proud of you – what an incredible woman you are.

‘But she must just want you to come back to London where you’re safe. Does your mum not want you back and safe?’

Valentina responded: ‘You know, there always comes this conflict in these times of crisis between what you personally crave and what you want for the ones you love. Of course I miss my mum, of course she wants me to be safe.

‘I really deeply miss my mum, but she is also a person who taught me strength and bravery.’ 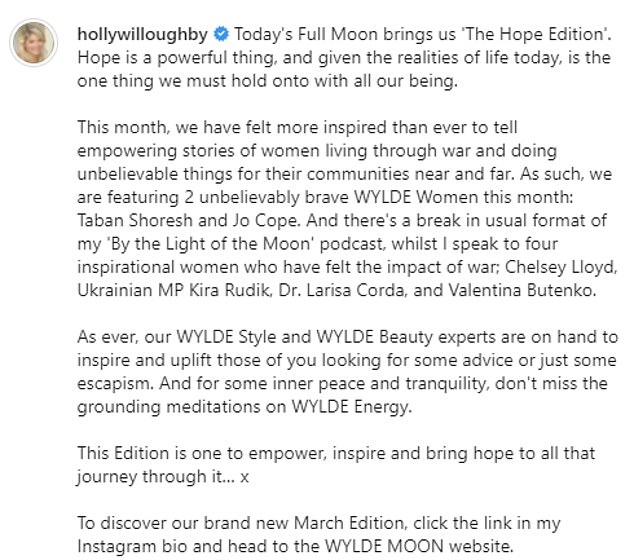 Tone: For this month’s blog, Holly explained in an Instagram post that the Wylde Moon team ‘wanted to do something different’, given the current war

For this month’s blog, Holly explained in an Instagram post that the Wylde Moon team ‘wanted to do something different’, given the current war.

She explained: ‘The moon reflects the sun’s light and I wanted to reflect what is unfolding in the Ukraine right now by speaking to four fascinating women.

‘We have watched in horror as families have been separated, displaced and worse. We have seen the basest and the best in human nature, and the mental scars for many will be as hard to repair as the physical destruction of their towns, cities and villages.

‘Looking back at previous conflicts, they have impacted social changes that are still felt today. Take the first world war when two million women took up roles usually undertaken by men. Women proved they were equal and it strengthened their fight for the right to vote.

‘In this podcast, I wanted to shine a light on women who have felt the impact of war, directly and indirectly, and to talk to them about how it changed their lives.’

The post comes as Holly is still suffering with Covid but is ‘fine’ yet just ‘annoyed’ according to her This Morning co-host Phillip Schofield.

The presenter was forced to pull out of hosting Dancing On Ice on Saturday after testing positive and has been replaced by Josie Gibson on This Morning while she self-isolates at home.

Phil, 59, confirmed Holly is doing well and he and Josie, 37, wished her a speedy recovery on Tuesday’s show.

He said: ‘Holly obviously still got rona so sending her massive love. Texting her throughout the day and making sure she’s OK. She’s fine, just annoyed. Lots of love, get well soon.’ 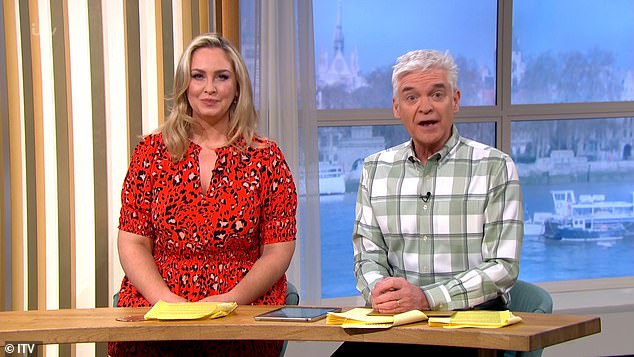 Off: The post comes as Holly is still suffering with Covid but is ‘fine’ yet just ‘annoyed’ according to her This Morning co-hosts Phillip Schofield and Josie Gibson