Hilary Swank looked blissfully happy as she decorated her Christmas tree as visions of her little ones danced in her head.

The actress, who is expecting twins, showed off her growing baby bump as she put the finishing touches on her tree trimming on Saturday, sharing her own take on a popular holiday tune writing, ‘All I want for Christmas is yoooouuus, ohhhhhhh baby(s).’

In the image, the Oscar winner, 48, was dressed in a long sleeve black T-shirt and black leggings with brown shearling slippers. 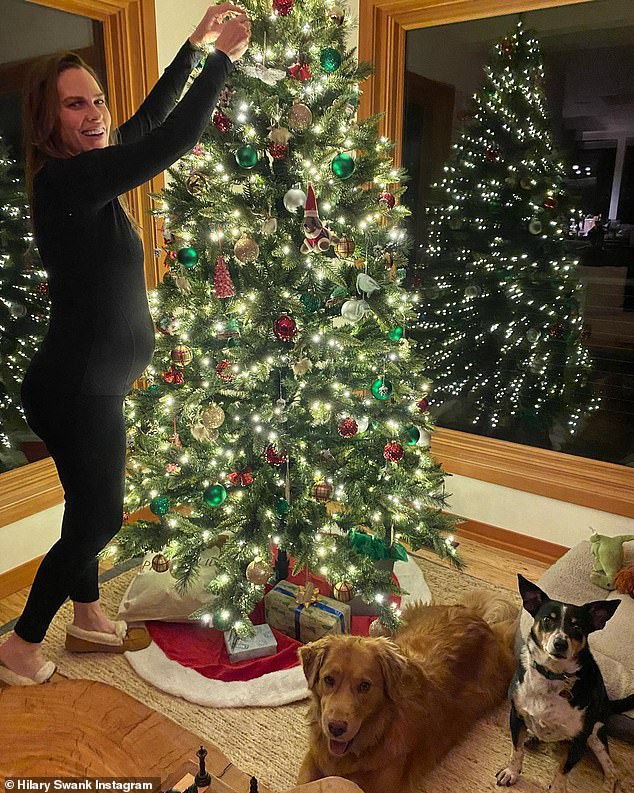 Baby bump: Hilary Swank, 48, showed off her growing baby bump as she trimmed her tree Saturday, sharing her own take on a popular holiday tune writing, ‘All I want for Christmas is yoooouuus, ohhhhhhh baby(s)’ 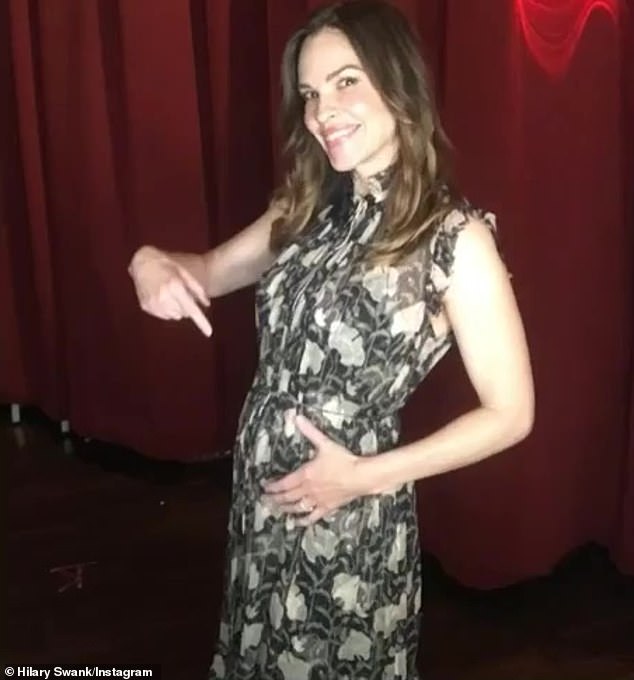 Announcement: The Oscar winner announced she was expecting twins in October 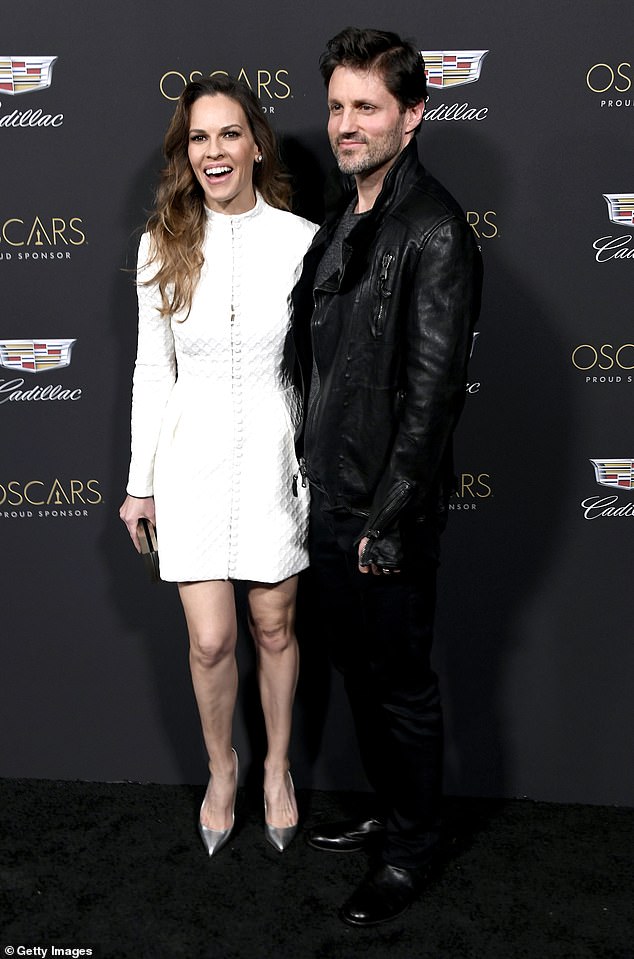 Expectant parents: Hilary and husband Philip Schneider have been married since 2018. The twins will be the first children for both

The Alaska Daily star, who is celebrating her Golden Globe nomination for Best Actress in a Television Series, included two of her fur babies in the photo which appeared to be taken at the dream home she and her husband, Philip Schneider, built in Colorado.

The sustainably built house was featured in the November issue of Architectural Digest.

‘We found this 168-acre piece of land that was just magical. It just called to us and we couldn’t stop thinking about it,’ she told the magazine. 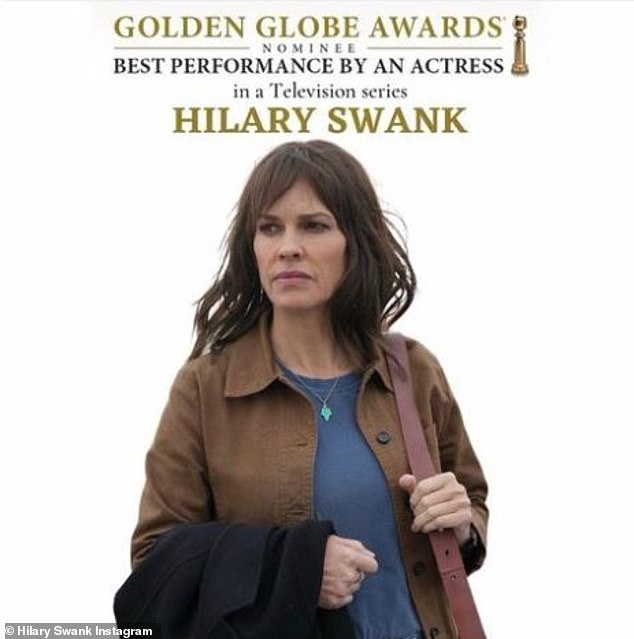 Nomination: Hilary received a Best Actress Golden Globe nomination December 12 for her role as an intrepid journalist in the drama Alaska Daily

‘It was great that we were in the middle of nature. We can’t see our neighbors, no one for miles—we just had [it all] right there.’

Hilary Philip, announced October 5 that they were expecting twins October 5.

The couple have been married since 2018 and the twins will be their first children. The Million Dollar Baby star revealed their expected due date is the same day as her late father’s birthday, April 16. 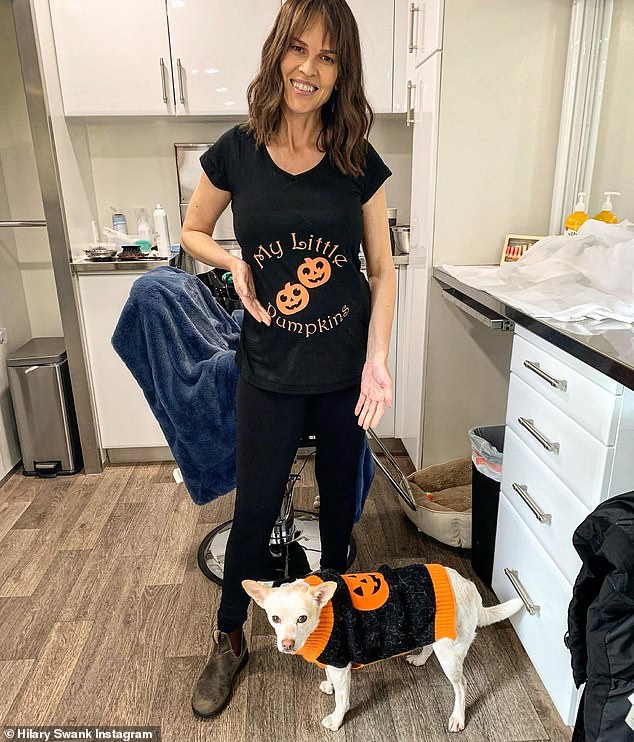 Due date: Hilary revealed her due date is the same day as her late father’s birthday, April 16