She’s expecting her fifth child with her husband Alec Baldwin.

But before the baby arrives, Hilaria Baldwin might need to explain the whole process to her daughter Carmen, six.

The 36-year-old yoga instructor revealed on Instagram Monday that her daughter had starting asking about ‘how babies are made’ and she wouldn’t give up until she got an answer. 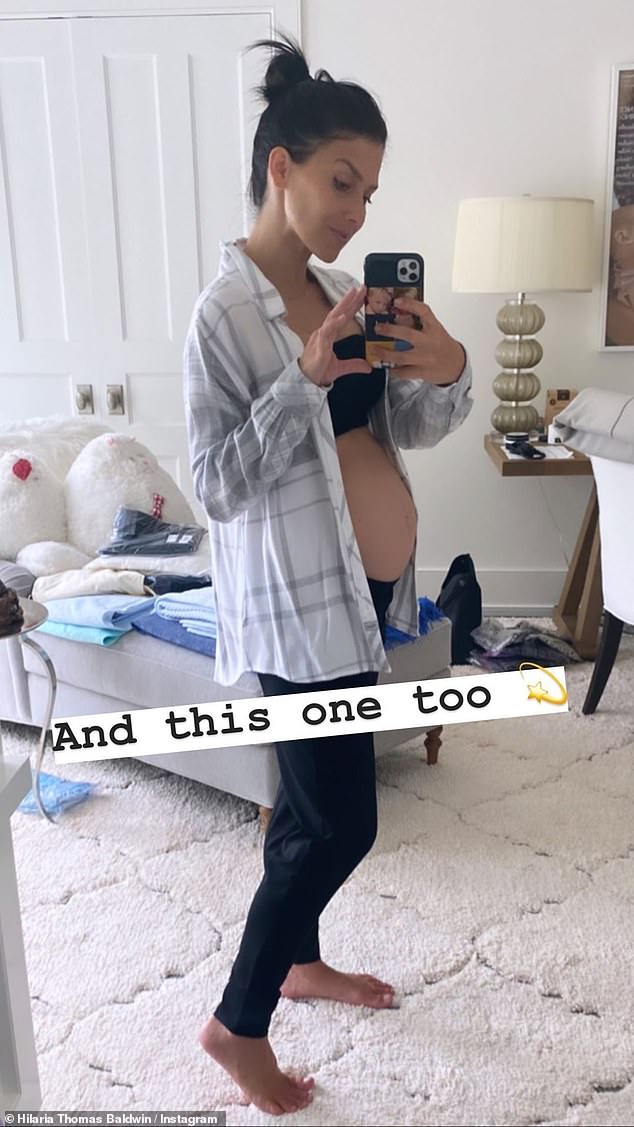 Birds and Bees: Hilaria Baldwin, 36, revealed Monday that her six-year-old daughter Carmen wanted to know where babies came from — and she wouldn’t stop asking until she got an answer

‘Carmen is super fascinated with how babies are made. I used to be able to get out of getting into it too much by asking her what she thinks… then she would lose interest,’ she wrote.

‘Now she is very much asking for a straight forward answer,’ she continued.

Carmen is only months away from turning seven, so Hilaria wondered if it was time to level with her about the birds and the bees. 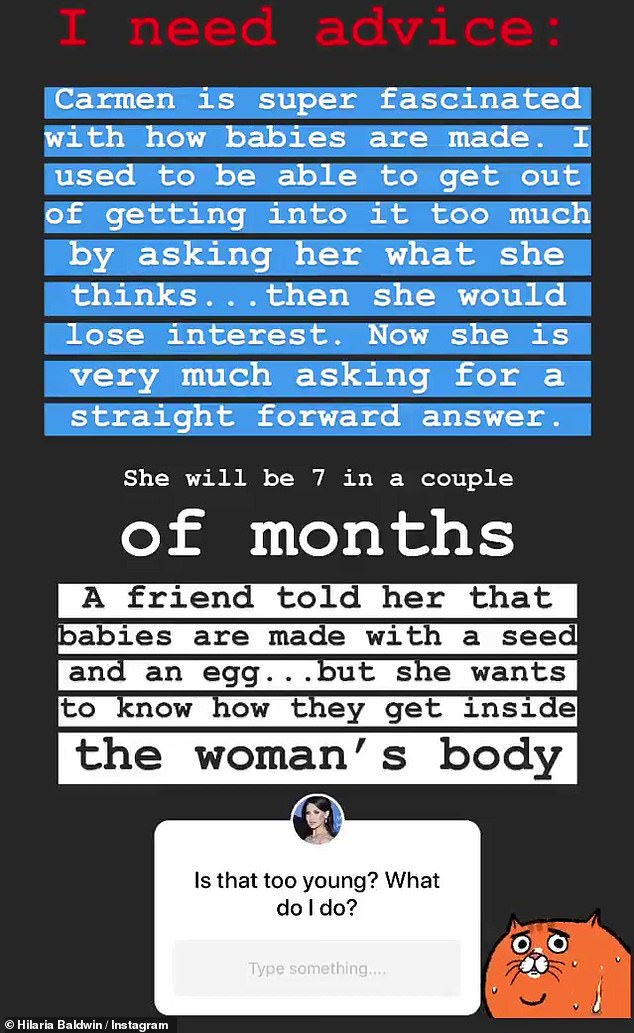 More details: Hilaria explained that Carmen had already been told some details about ‘a seed and an egg,’ but she wanted to ‘know how they get inside the woman’s body’ 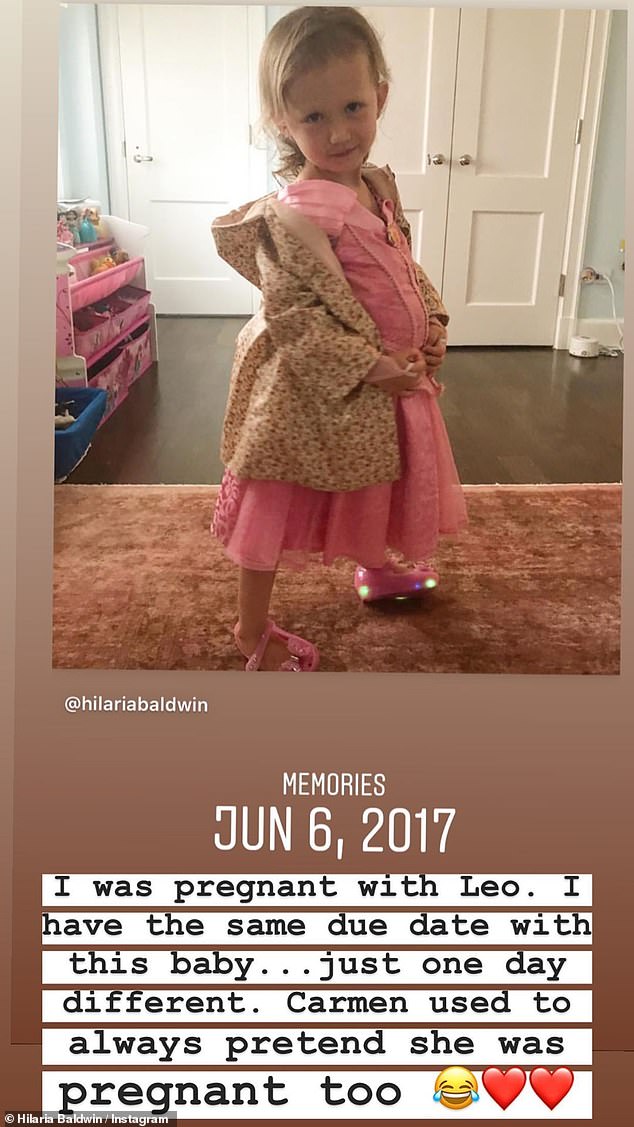 Like mother, like daughter: She asked her fans how best to talk to Carmen about it, after sharing a cute throwback photo of her daughter pretending to be pregnant like her

Complicating matters was the fact that a friend had already told her some of the more general details.

‘A friend told her that babies are made with a seed and an egg… but she wants to know how they get inside the woman’s body,’ she continued.

‘Is that too young? What do I do?’ she asked, while leaving a space for her fans to write their suggestions.

Just before her post, she shared a cute throwback photo from two years ago of Carmen pretending to be pregnant by stuffing her dress.

‘I was pregnant with Leo,’ Hilaria explained. ‘I have the same due date with this baby… just one day different. Carmen used to always pretend she was pregnant too.’ 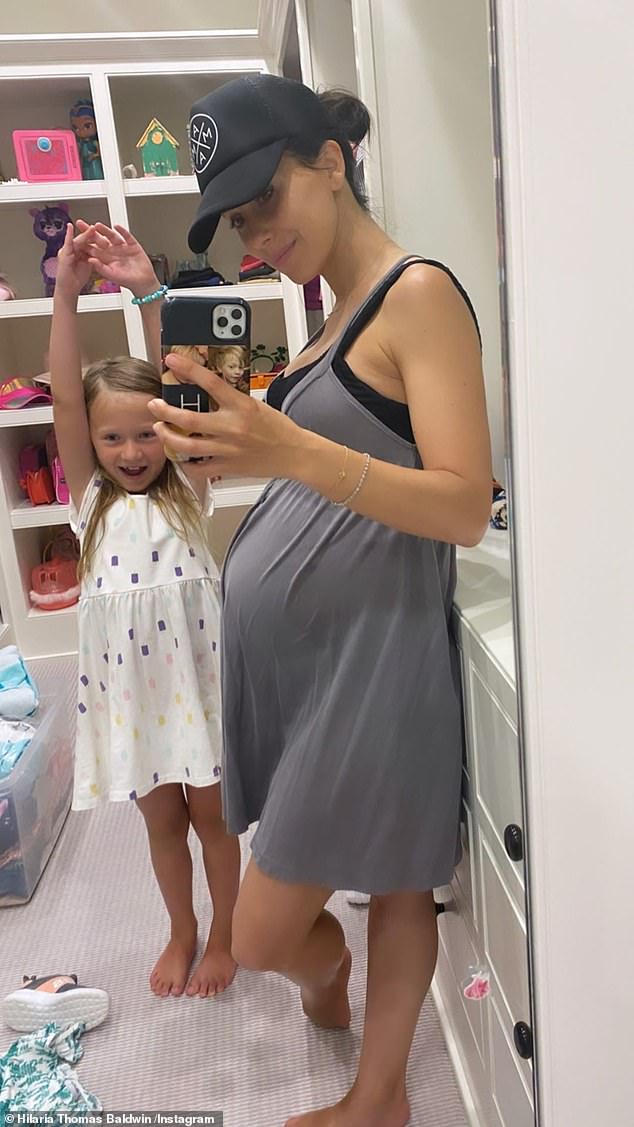 Tables turned: The wife of Alec Baldwin said she previously asked Carmen how she thought babies were made when she got curious 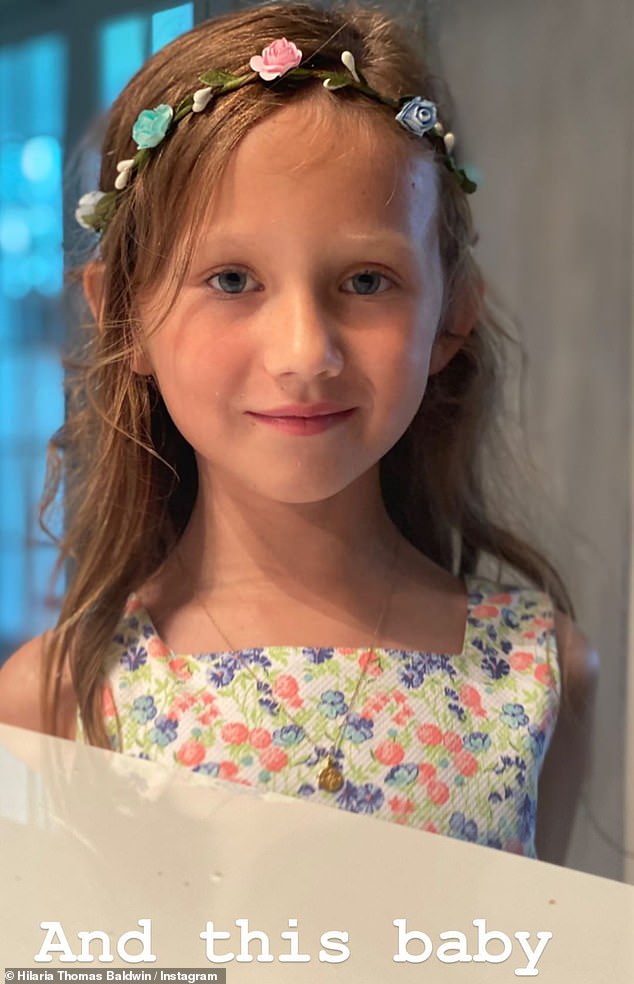 Taking it slowly: Though she was stumped, experts recommend having multiple chats about sex and babies, adding new information each time as children are able to understand more

Though she may have been stumped about how to handle a discussion about where babies come from, Hilaria seems to have done a fair job so far.

Most experts now recommend talking about sex and where babies come from multiple times throughout a child’s life, and as they get older and are better able to understand the talk, parents should add in more details.

Carmen’s growing thirst to understand the world around her also inspired her mother to think about racism and diversity last week.

Hilaria posted a short video of her daughter sharing some of her quite mature thoughts to her Instagram Stories on Thursday night.

After Carmen observes that ‘some people have things in common,’ she comes to the conclusion that ‘everything is different, nothing is the same,’ and how that extends to people as well — ‘even identical twins… they’re really different.’

‘So when you see somebody who is a different color than you,’ her mother asks, ‘what do you think?’

‘I want to be their friend, I want to be everybody’s friend,’ Carmen responds, smiling widely to reveal missing baby teeth. 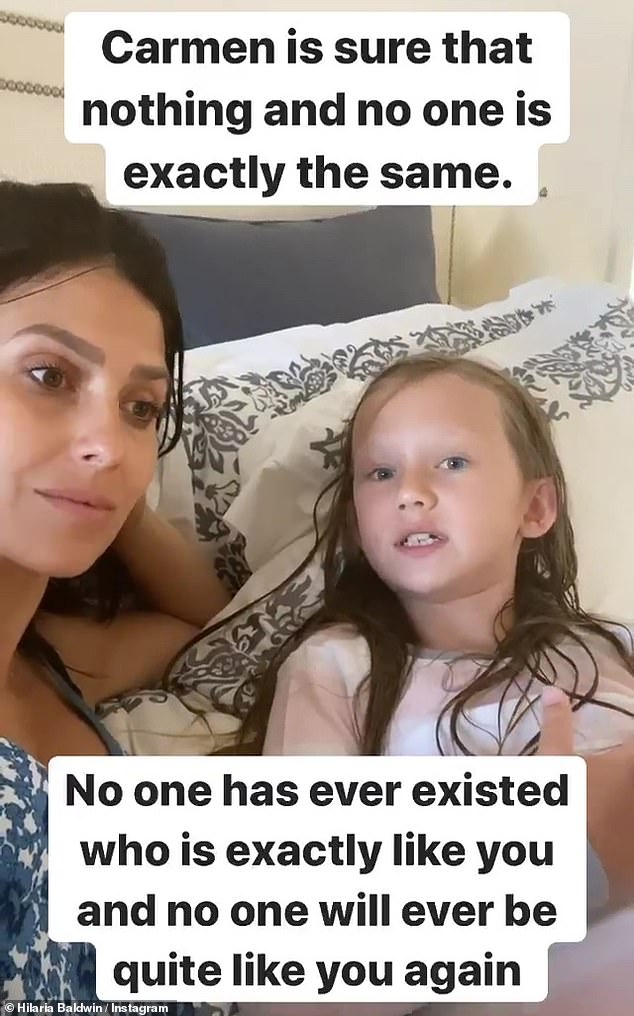 Starting early: On Thursday, Hilaria shared a surprisingly smart conversation with her daughter about racism and individual differences