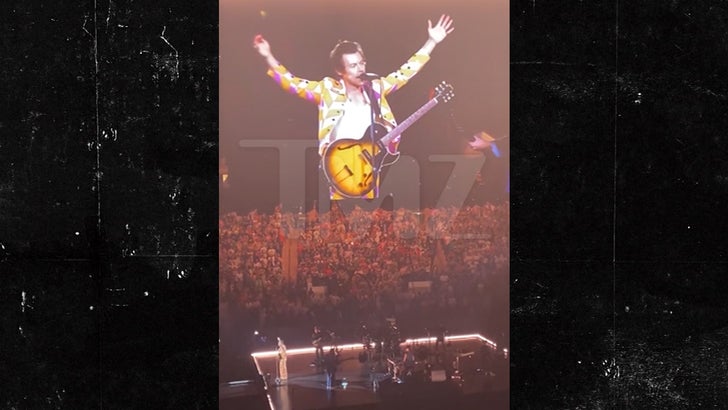 Some of Britain’s biggest rock stars tipped their hats to the late Queen Elizabeth — including a few fellas who’ve had her sword tapped on their shoulders.

First off, Harry Styles took a moment to acknowledge QE2’s passing Thursday night during his concert at Madison Square Garden — asking the crowd to give her a round of applause for 70 years of service.

The MSG crowd gave it up big time for the Queen … and Harry then promised a mood shift to nothing but fun for the rest of the evening. 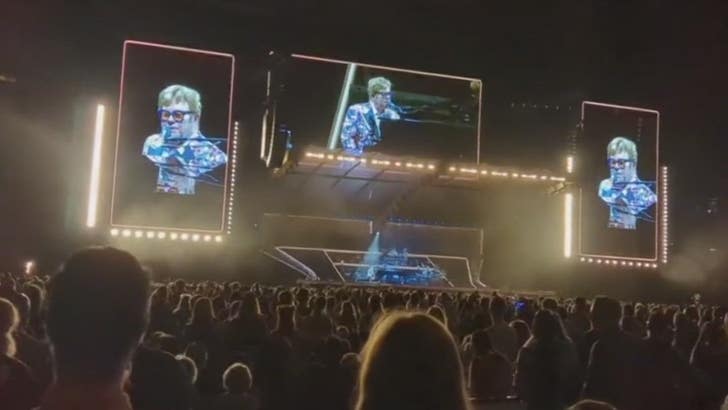 He wasn’t the only Brit who shouted out Her Majesty Thursday during a live performance — Sir Elton John also paid his respects during his gig in Toronto … speaking a bit more at length and from the heart.

EJ said he knew the Queen personally and had spent some time with her — including during his knighting in 1998 — and noted she’d led the country through some turbulent times in the 20th century, always with aplomb. Elton sent his thoughts and prayers to her whole family.

He also said he was happy she was finally at rest. Elton also released a statement with even more condolences.

More tributes poured in from other music greats, who’d also been knighted … including Sirs Mick Jagger and Paul McCartney.

MJ wrote, “For my whole life Her Majesty, Queen Elizabeth II has always been there. In my childhood I can recall watching her wedding highlights on TV. I remember her as a beautiful young lady, to the much beloved grandmother of the nation. My deepest sympathies are with the Royal family.”

For his part, Paul took to Twitter to say succinctly… “God bless Queen Elizabeth II. May she rest in peace. Long live The King.” Both he and Mick attached photos of QE2 in her youth.

Both men — like Elton — were knighted for their contributions to popular music and culture.