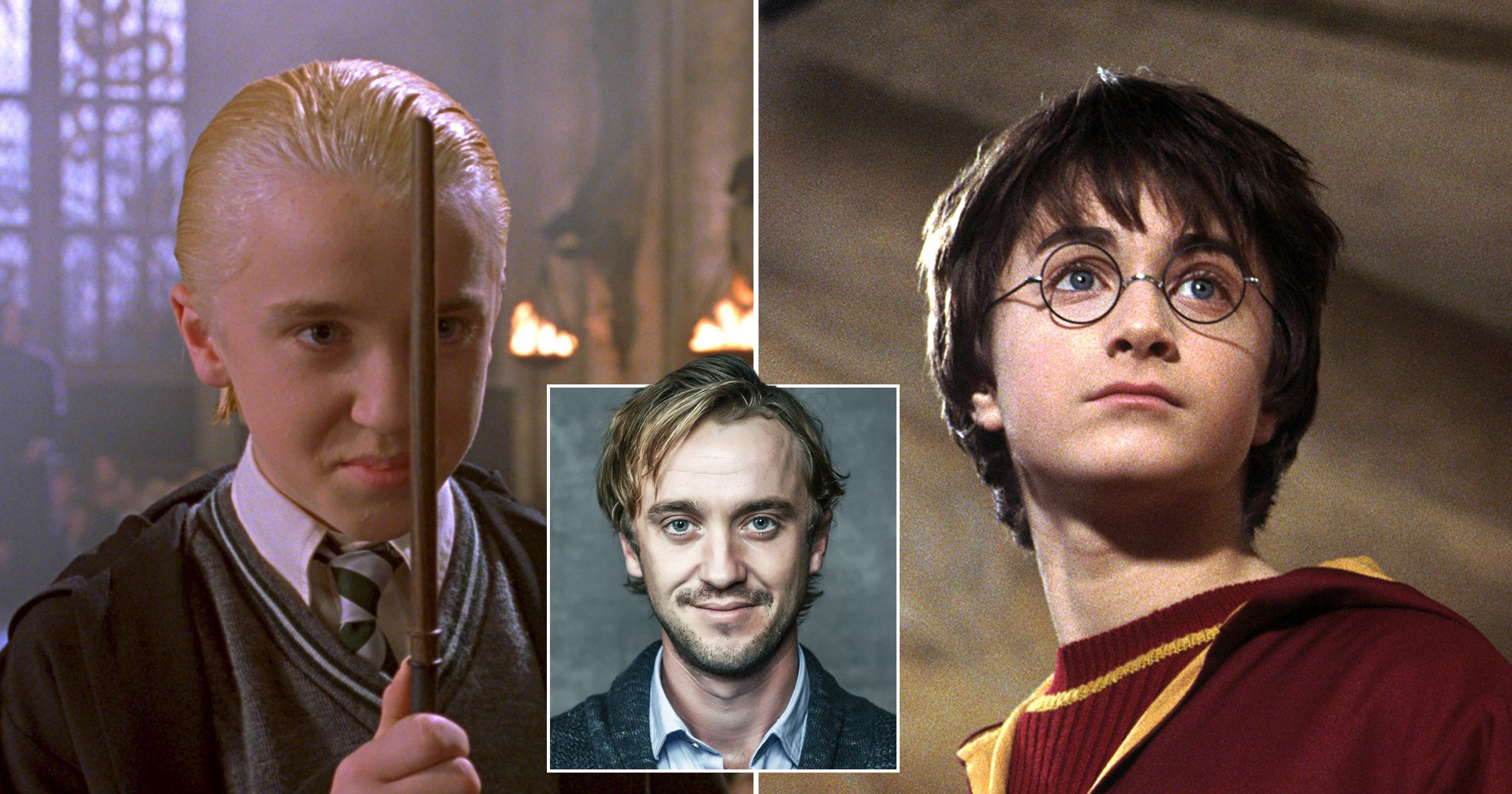 Harry Potter could have looked very different as the role was almost played by Tom Felton instead of Daniel Radcliffe after he impressed producers with his audition.

The actor, 34, is best known for playing Draco Malfoy in the hit franchise, but Warner Bros bosses had initially been keen to cast him as the lead instead.

Director Chris Columbus told the Hollywood Reporter: ‘Tom was a great actor as well, so we thought, let’s just dye Tom’s hair, give him a scar, give him the glasses and let’s see.’

However, the one thing that meant Tom – who actually dressed up as Harry for Halloween this year – didn’t get the job was his blonde hair, as Chris added: ‘He did a great Harry Potter reading.

‘The problem is you can really kind of tell when an 11- or 12-year-old kid’s hair is dyed.

‘He was so good at Malfoy. I just couldn’t pass that up. I knew Tom had to play Malfoy.’

Chris had been keen on Daniel, 32, for the lead after seeing him in a TV series prior to the casting, adding: ‘I was up late one night in London watching BBC, and there was a miniseries of David Copperfield.

‘There was a young Dan Radcliffe in it, for about two or three scenes. But I thought, “That’s Harry Potter.”’

He says he was told to ‘forget about’ Daniel after he requested a meeting as his family had ‘no desire’ for him to take part in the film.

Daniel’s parents were eventually convinced by producer David Heyman who travelled to meet them and persuaded them to come in for a meeting.

His casting was a done deal when Harry Potter author J.K. Rowling saw him and knew he was the ‘perfect’ person to play the boy wizard.

Chris recalled: ‘Having a collaborator who supported my vision gave me a lot of confidence and was able to help me limit my anxiety and tension about making this film.

‘So, when the studio heard that she loved him, and I loved him and David loved him, they said yes. Two days later, we made the announcement in London. The rest is history.’