She is known for her indie-pop style of singing and edgy fashion choices.

And on Saturday Halsey opted for the ‘less is more’ philosophy by flaunting her toned figure dressed in a white and red polka-dots bikini in a photo she shared on Instagram.

‘swipe for cozy home vibez,’ the singer wrote in the caption of the post that also featured four others photos taken while quarantining inside her home in the Sherman Oaks neighborhood of Los Angeles. 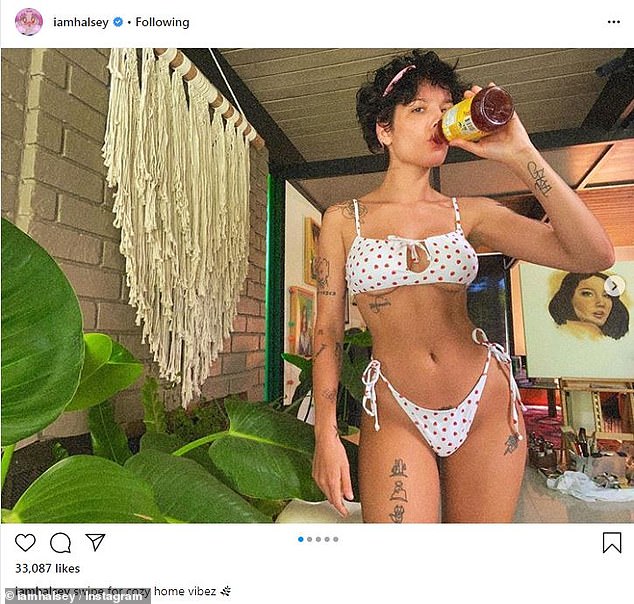 Revealing: Halsey took to Instagram on Saturday and flaunted her womanly curves in a white and red polka-dots bikini while quarantining inside her home in Los Angeles

In the photo, Halsey (born Ashley Frangipane), can be seen taking a swig from a beverage as she proudly posed in a very vibrant room, with many of her tattoos in full view.

There’s a large green plant and macrame wall hanging to her right, along with a number of other framed pictures.

The New Jersey native, 25, has her brown tresses styled short with some, what appears to be, natural curls. 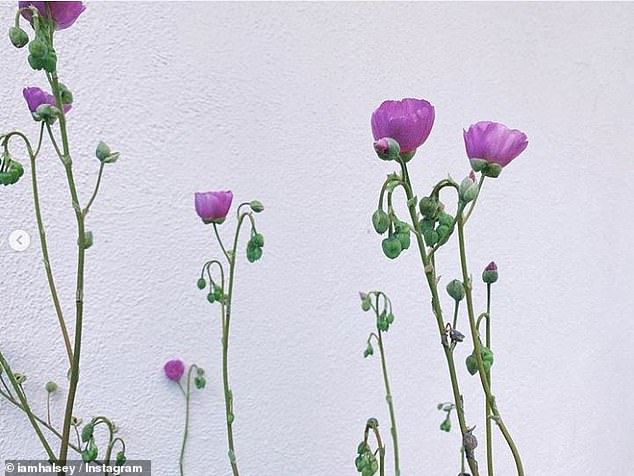 Vibrant: The series of photos also included an image of purple flowers 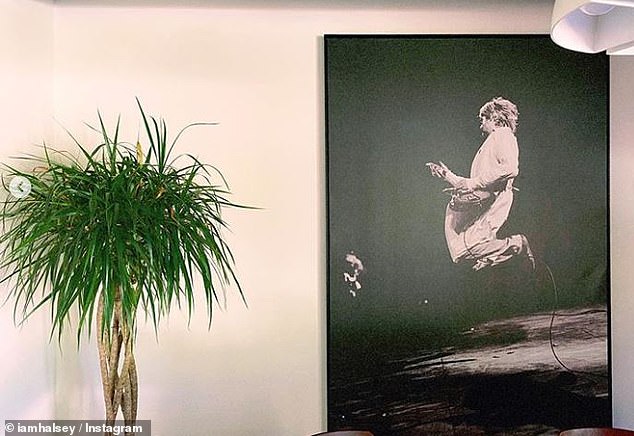 Glimpse inside her home: There’s also a snap of a green plant alongside a black-and-white-photo that appears to be guitarist Andy Summer of The Police 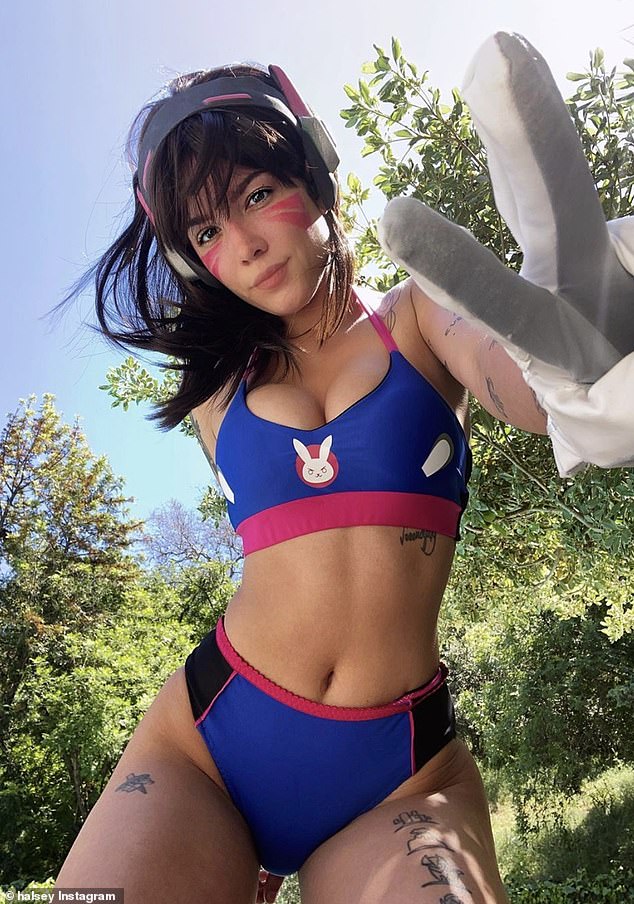 Home sequester: The two-time Grammy nominee has been quarantining at her home in the Sherman Oaks neighborhood of Los Angeles

Halsey’s latest share on social media comes just two days after she announced her summer 2020 tour of North America, in support of her new album Manic, was rescheduled due to the coronavirus pandemic.

‘As I’m sure many of you predicted, we are unfortunately going to have to reschedule the upcoming 2020 summer tour,’ she wrote in a statement on Thursday.

‘There’s nothing more important to me than the safety and health of my fans. We’re excited to announce Summer 2021 dates with the same venues.’ 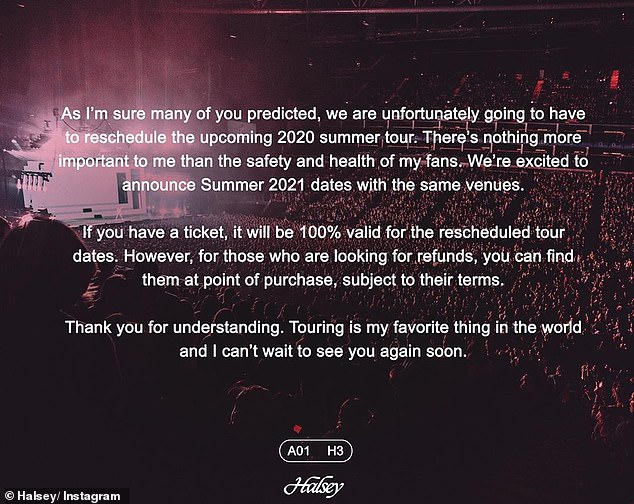 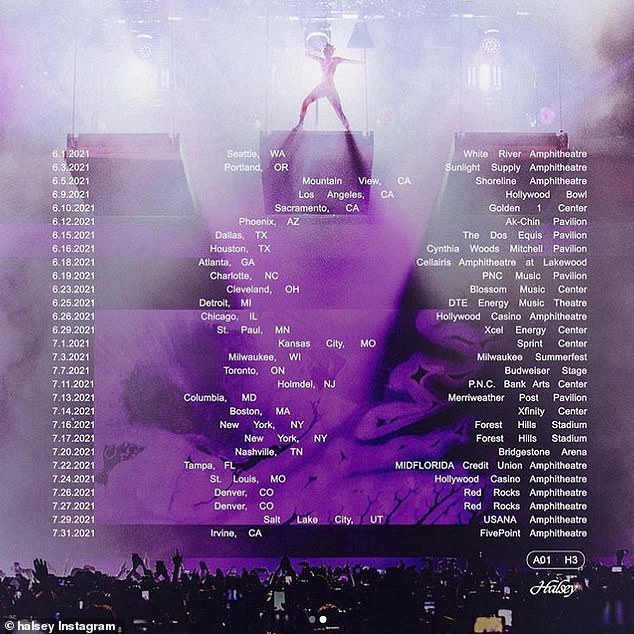 Ticket holders are being asked to hold onto their original tickets, as it will be honored for the rescheduled dates. However, refunds are available at the original point of purchase for 30 days from the announcement on May 7, 2020.

‘Thank you for understanding. Touring is my favorite thing in the world and I can’t wait to see you again soon.’

Halsey’s third studio album, Manic, was released in January. It came on the heels of the first single Nightmare, which debuted in the top fifteen in the US in May 2019, and Graveyard that reached the Top 40 in fifteen countries worldwide after it’s release in September 2019. 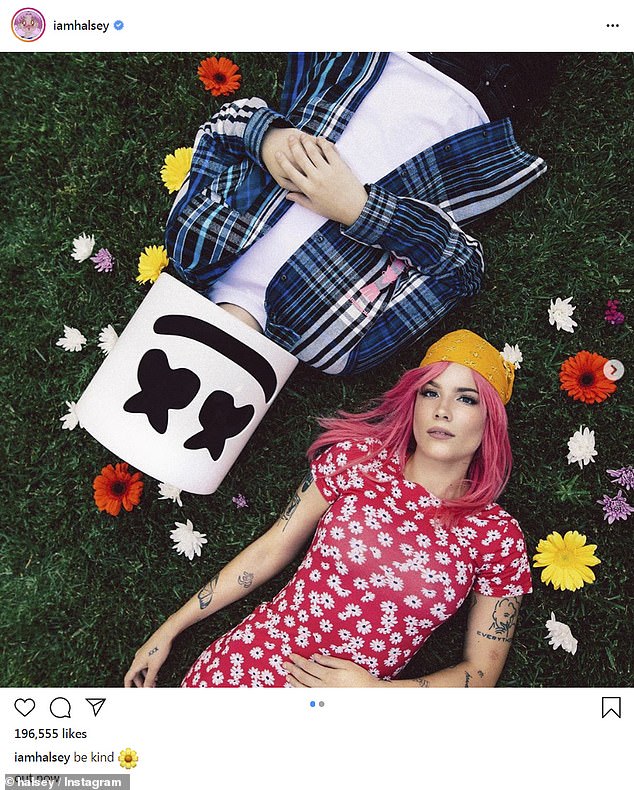 New release: Halsey’s new song, Be Kind, dropped on May 1 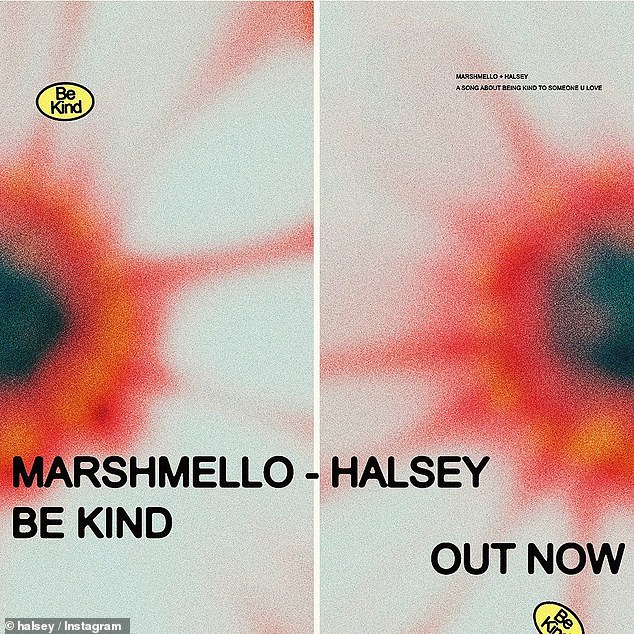