Hailey Bieber shuts down ‘big fat narrative’ that husband Justin is ‘not nice’ to her as she gushes over their marriage: ‘It’s so far from the truth’

Hailey Bieber is sounding off about the on-going rumors regarding her marriage to pop superstar Justin Bieber and his treatment of her over the years.

During a conversation with Demi Lovato on their 4D With Demi Lovato podcast, the 24-year-old model shot down the accusations waged against Justin, along with the descriptions of their relationship.

‘I think one of the biggest things is you have to know what the truth is behind everything. You know, there’s so many narratives that float around about me, about him, about us together,’ Hailey began. 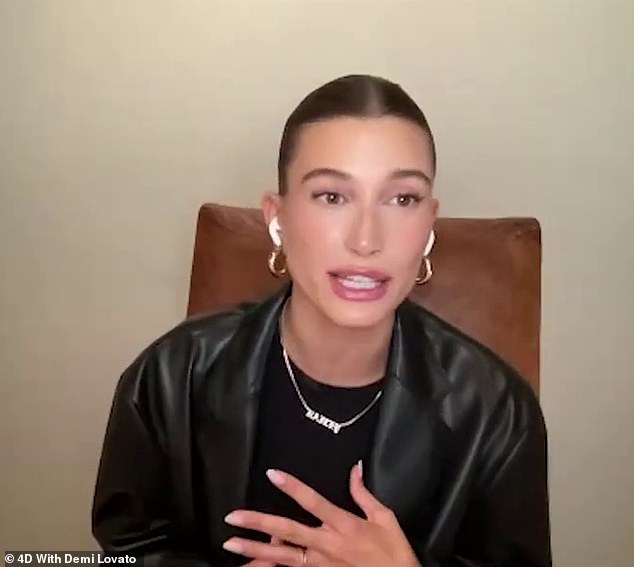 Not having it: Hailey Bieber, 24, addressed the rumors surrounding her marriage to Justin Bieber, specifically that he’s inattentive and mistreats her

Hailey then directly points out that some people think Justin is not a good husband.

‘There’s one big fat narrative that goes around that’s like, “Justin is not nice to her, and that he mistreats her, and I’m just like, it’s so far from the truth, and it’s the complete and utter opposite.’

She went on to praise her husband, adding, ‘I really am lucky to say I’m with someone who is extremely respectful of me, who makes me feel special every single day. So when I see the opposite of that, I’m just like, “Huh?” And everybody around who knows us personally would say the same thing.’ 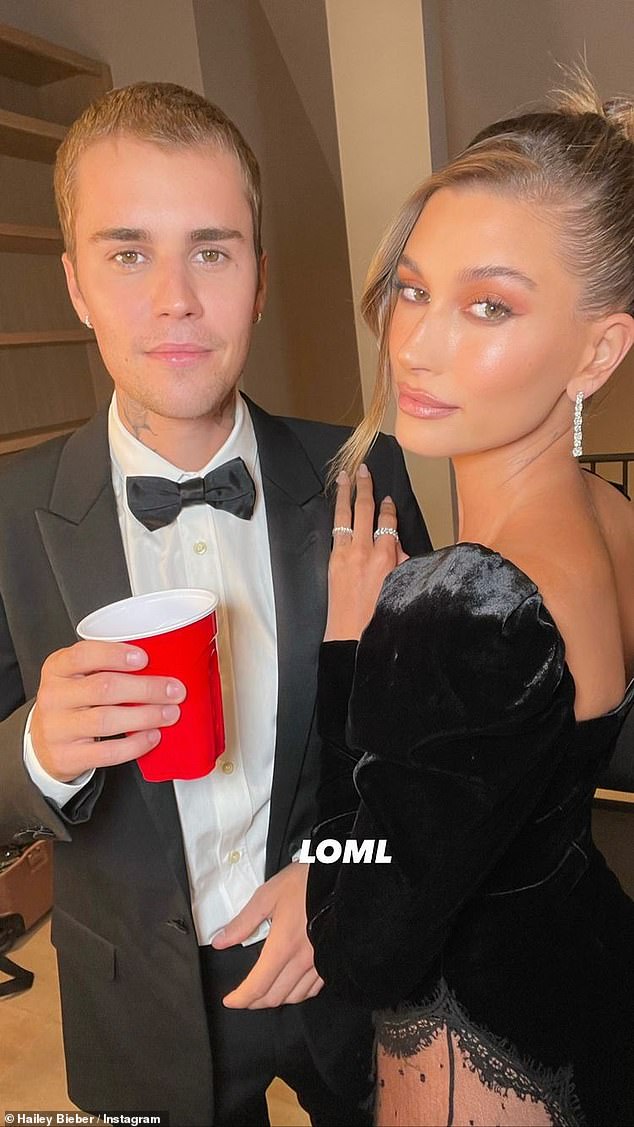 laying out her truth: Hailey said ‘the big fat narrative’ that ‘Justin is not nice to her, and that he mistreats her’ is ”so far from the truth’, during a conversation with Demi Lovato on their 4D With Demi Lovato podcast on Friday 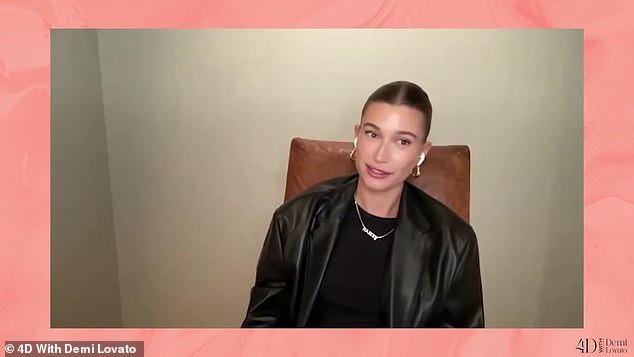 Attentive Justin: Hailey credited her husband with being the one who often reminds her about the truth of a particular situation

Hailey credited Justin with being the one who often reminds her about the truth of a particular situation, which can be hard when it comes to well known celebrity couples.

‘I think Justin does a very good job of reminding me because I have my low days where I’m like, “This is too much and all the things people are saying, I can’t take it today,”‘ she said.

Keeping the conversation light, Hailey went on to reference the Lizzo song Rumors that features Cardi B. 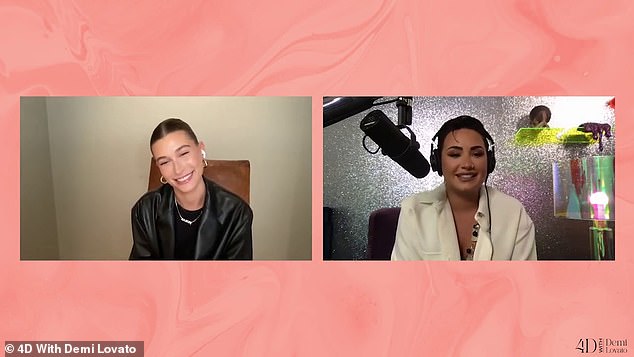 Sharing some laughs: Hailey and Demi burst out into laughter when the model referenced the Lizzo song Rumors that features Cardi B 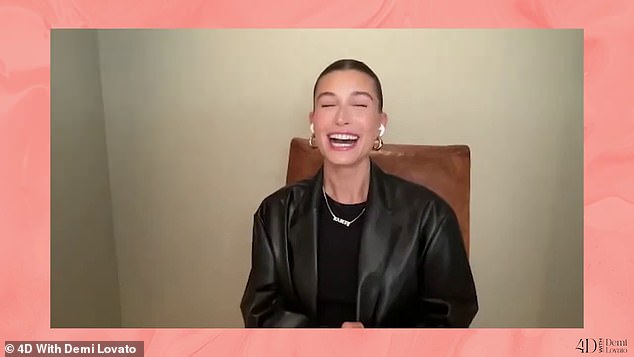 Light moment: ‘That’s why I like that Lizzo song that’s out right now where she’s like, ‘all the rumors are true’ Hailey sang, which prompted laughs from her and Demi

Not wanting the paint a false, perfect picture narrative, the Arizona native admitted that she had previously struggled with feeling like she like she lost her independence and her own identity.

‘There were times where I felt like I lost that within our relationship especially when it was new and in the beginning,” she explained, before sharing they were able to work through the issue, and others, through therapy and the advice of other couples in their lives.

After their chat, Lovato took to Instagram and posted one of the quotes Hailey shared, which apparently resonated with the pop star.

‘I really want to embrace being myself and want to celebrate people for being  themselves, that’s important to me… Individuality means everything to me because there’s only one me and there’s only one you.’ 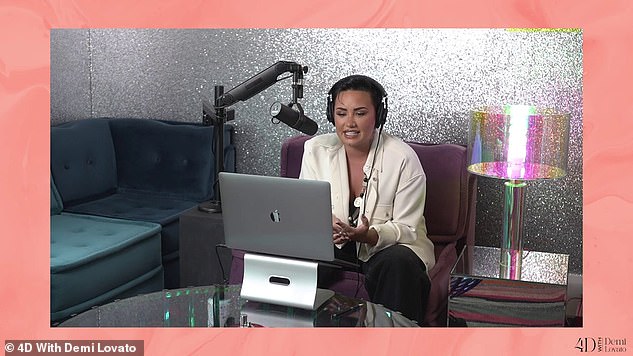 Respect: Demi took to Instagram and posted a quote from Hailey after their conversation 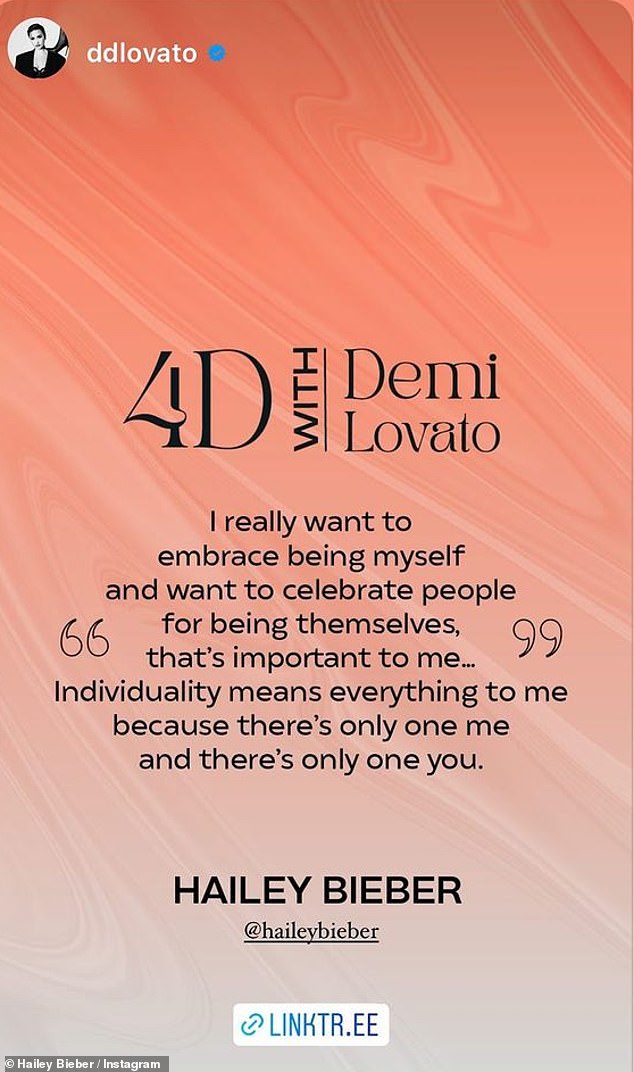 Words of wisdom: The quote from Hailey that resonated with the pop star talked about the importance of individuality for her and others