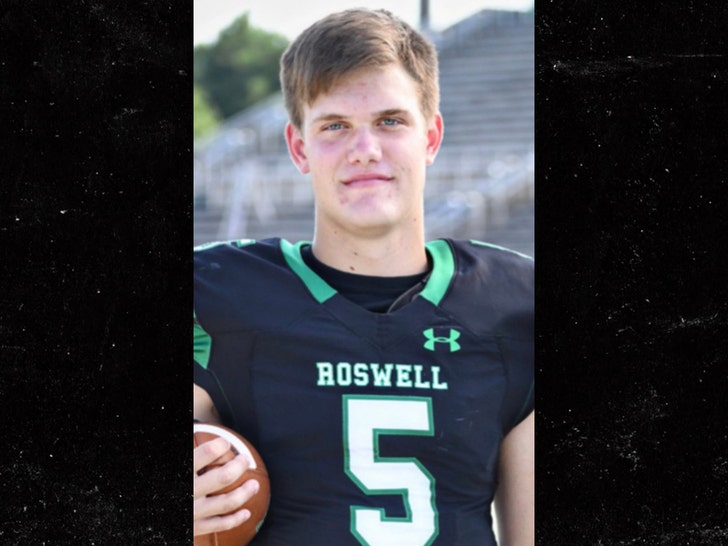 Robbie Roper — a star high school quarterback from the 2022 class in Georgia — tragically died on Wednesday after complications from surgery.

Roper’s family made the devastating announcement via Twitter … saying, “We just wanted to update everyone on Robbie. Robbie just passed.”

“He was the biggest joy to our family. We are proud of the young man he has become.”

“He will be missed by his friends and family dearly.”

Roswell High School football coach, Chris Prewett, told the Atlanta Journal-Constitution that Roper was in the hospital on Sunday after suffering complications from a routine surgery.

“Robbie fought hard,” Coach Prewett said, “and battled until the very end like he did everything else.”

Roper received several college offers including Massachusetts, Morehead State and recently the Florida Gators who were informed of the terrible news.

“During this difficult time, our thoughts and prayers are with the Roper family,” the Florida team said.

Roper was also a great student and earned a 3.9 GPA.