‘If you fall for a young woman and say you don’t want children, you don’t love her’: Gregg Wallace, 56, details deciding to have kids with wife Anne-Marie, 34, despite their age gap

Gregg Wallace has spoken candidly about his decision to have children with his wife Anne-Marie Sterpini – despite their 21-year age gap.

Speaking to Absolute radio host Dave Berry on the new season of his podcast Dadpod, Gregg, 56, explained: ‘The truth is, I’m so madly in love with Anna. I said to her I wouldn’t choose to have children, not at my age. But it’s what you want. What you want, I want.’

He added of his relationship with Anne-Marie, 34: ‘I think if you fall in love with a young woman and you tell you don’t want children; I don’t think you actually love that woman.’ 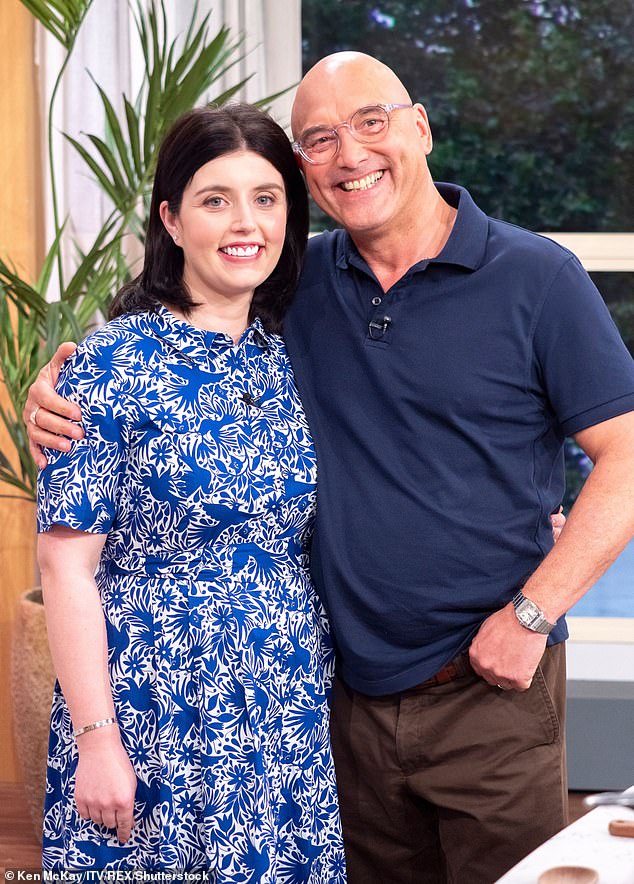 Candid: Gregg Wallace, 56, has spoken candidly about his decision to have children with his wife, 34-year-old Anne-Marie Sterpini (pictured) despite their 21-year age gap

However, Gregg’s one condition when it came to having children with Anne-Marie was that he would get his wife to himself for two weeks of the year.

The doting father explained: ‘We made we made two provisions… get help in the house and I want two weeks holiday with you (Anna) selfishly on my own.’

The MasterChef star welcomed his third child, Syd, with Anne-Marie in June 2019, and Peckham-born Gregg also has children Tom and Libby – both in their 20s – from his previous marriage to pastry chef Denise.

Gregg and Denise wed in 1999 and divorced in 2004, with the former winning full custody of their children. 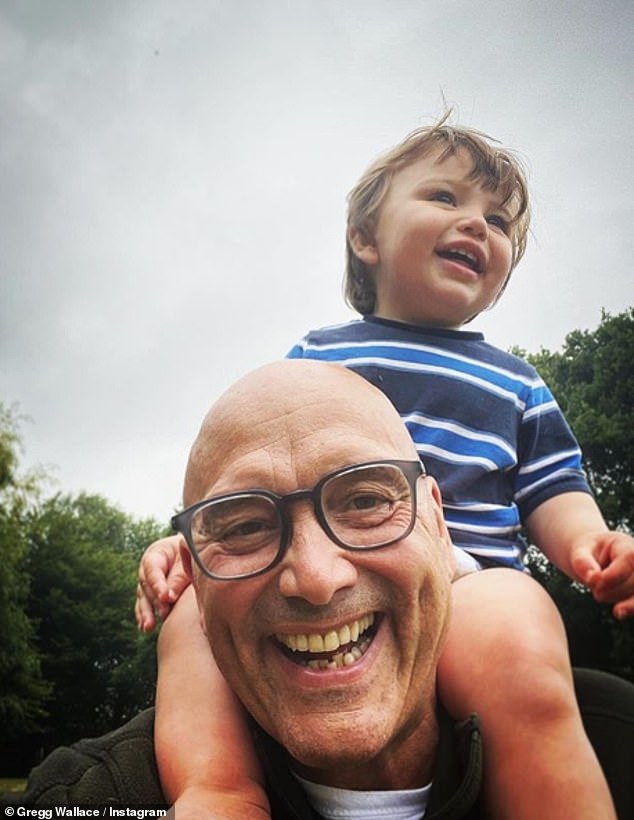 Gregg said: ‘I think if you fall in love with a young woman and you tell you don’t want children; I don’t think you actually love that woman’ (pictured with his son Syd)

Gregg also touched upon his eldest children’s reaction to the news they would be welcoming a new baby brother, with first born Tom even bringing Gregg to tears when he offered his dad a touching piece of advice.

‘Tom and Libby were both at the hospital when their baby brother was born,’ Gregg explained.

‘I said to my older son “I’m really concerned with baby Sid, that I’m so much older” and my oldest son told me “that’s alright Dad, he’s got me” which brought me to tears.’

The talented chef also revealed he has found it much easier raising a child in a two-parent household, discussing the difficulties of being a previously single dad.

‘In my experience, two do a much better job than just one,’ Gregg said. 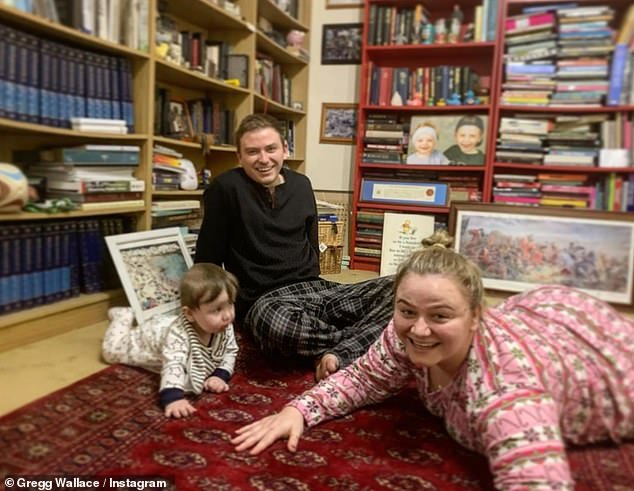 ‘From a personal point of view, I’m just calmer and more chilled at 56 than I was at 30 years old.’

The father-of-three also opened up about the fact he had recently admitted to son Tom that ‘he wasn’t the best of dads’. 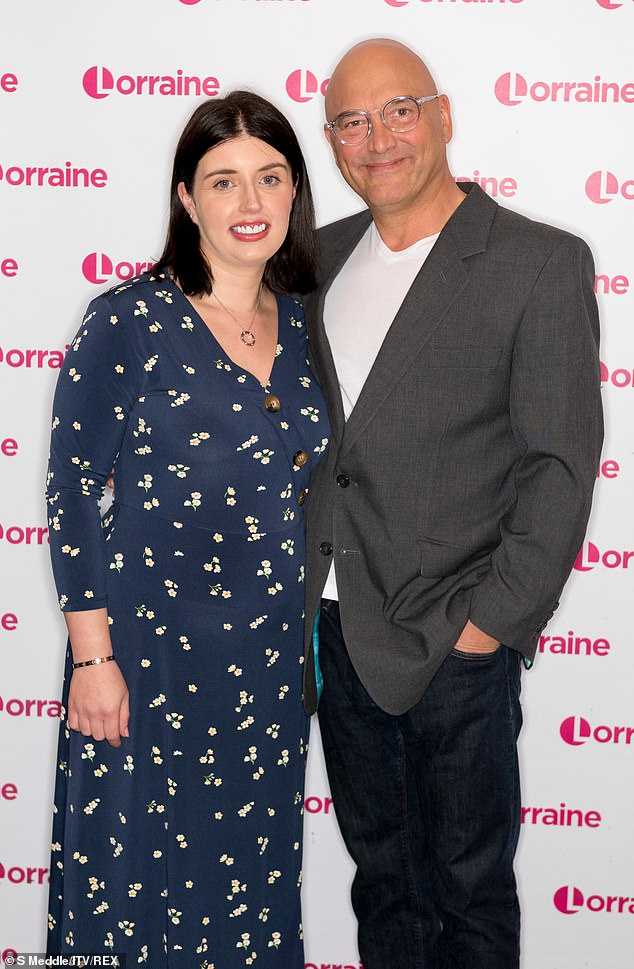 Gregg explained: ‘I sat down with my Tom, we do beer and rugby, said “Listen Tom, I wasn’t the best of dads, you know, I was away a lot.

‘”It must have been difficult for you at times but I’m ready to listen son. You know if there’s anything you want to say to me, it will be met with open ears, let’s have a chat.”‘

Tom, however, was less than enthused.

‘He looked at me and went “Yeah that’s a little bit deep Dad, do you want another beer?'” revealed Gregg.

Gregg and Anne-Marie met on Twitter back in 2013 – welcomed their bundle of joy into the world in May 2019.

The south London native married Anne-Marie in August 2016 at a luxurious ceremony in Hever Castle in Kent.

Gregg has previously noted that it is the almost 22-year age difference between them that has driven him to be fit and healthy over the last two years.

During a November appearance on Loose Women, Greg shared: Anne being younger than me was even more of an inspiration to be fit – you can have an old husband but she didn’t have to have a fat, old husband.’ 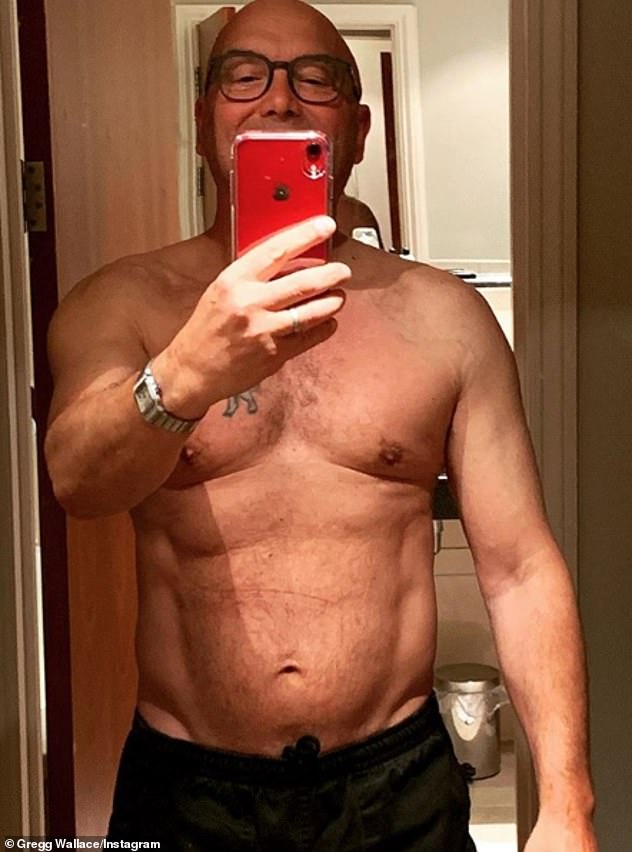 Impressive: Gregg has previously noted that it is the almost 22-year age difference between them that has driven him to be fit and healthy over the last two years

Aside from looking good for his wife of four years, the presenter received a big wake up call when he was informed he had dangerously high cholesterol and was at risk of having a heart attack.

After dropping down to 12st, Gregg keeps up his weight loss with regular work-outs five times a week.

Since embarking on his fitness regime, the star often takes to Instagram to share snapshots of his impressive musclebound physique. 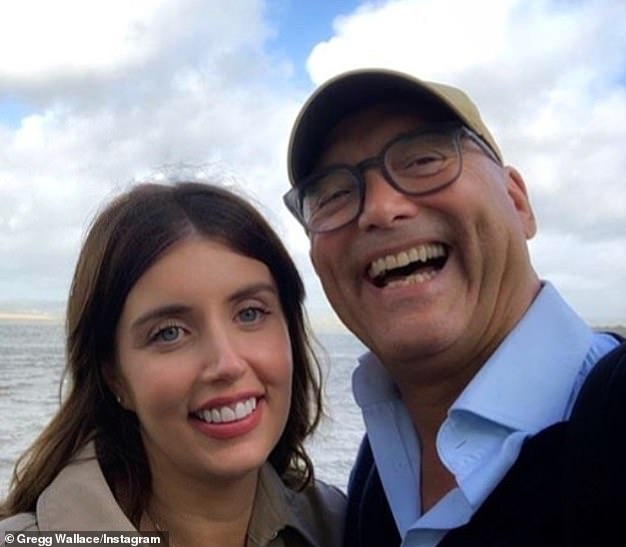 Loved-up: The south London native married Anne-Marie in August 2016 at a luxurious ceremony in Hever Castle in Kent