Gregg Wallace, 55, shows off his muscles as he goes shirtless after losing four stone… as he urges fans to embrace a healthy lifestyle

An improved diet, a religious gym routine and a new found love of yoga have helped Gregg Wallace transform his body by losing more than four stone in weight.

And the undeniably impressive results of his healthy lifestyle were back on display as the MasterChef star took to Instagram on Monday.

Posing for a shirtless selfie, Gregg, 55, showed off his well-defined upper body while flexing a bicep for his 104,000 followers. 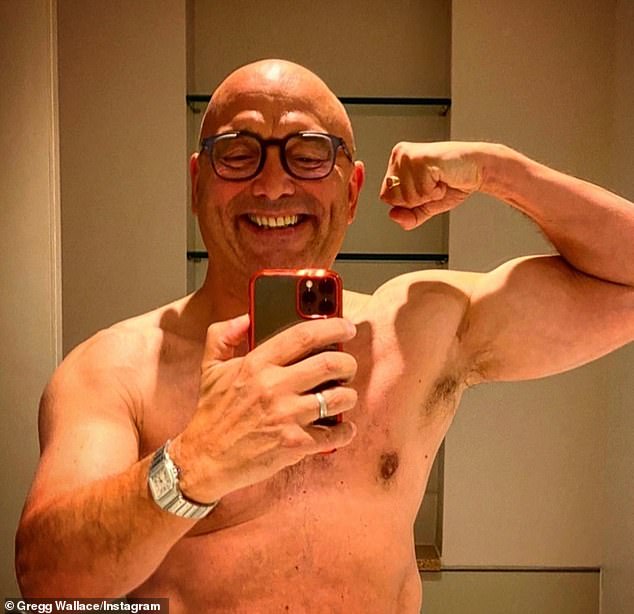 Looking good: The undeniably impressive results of Gregg Wallace’s healthy lifestyle were back on display as the MasterChef star took to Instagram on Monday

Urging others to follow his lead, he captioned the shot: ‘Fit at 55 ! You can have a new you too !’

In a separate shot Gregg revealed his nicely defined chest – the result of grueling early morning gym sessions – while telling fans: ‘If I can do it – so can you.’

The TV personality recently revealed that he transformed his lifestyle as he wants his wife, 33, to be ‘physically attracted’ to him after he became disillusioned with the idea of being the ‘older and fatter’ partner. 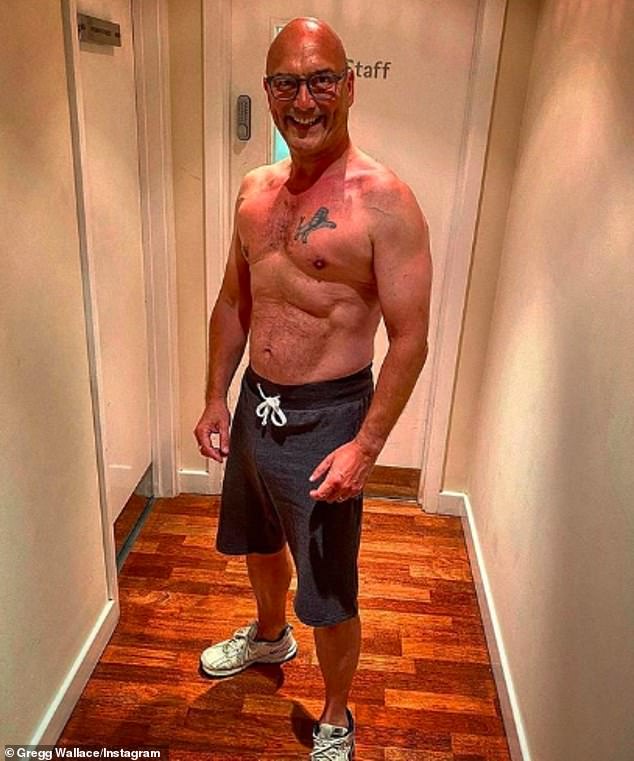 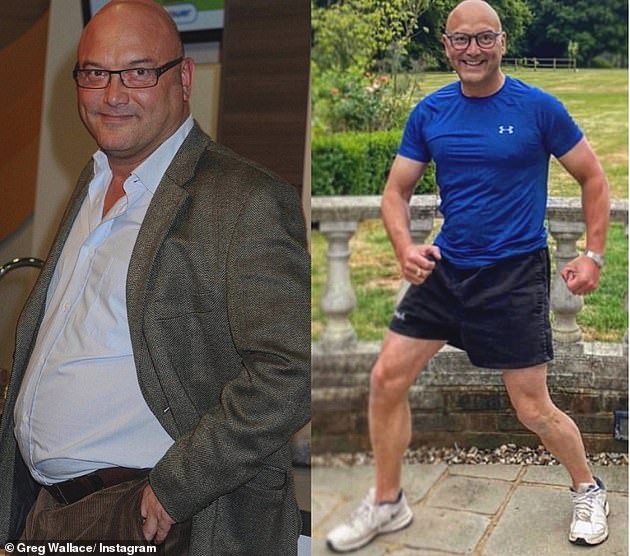 Romance: The presenter recently revealed he believes losing weight is the best way to keeping sparks flying with his wife Anna, who is 21 years his junior (pictured before and after changing his lifestyle)

Gregg used to weigh 16 stone before embarking on a new exercise and healthy eating regime that allowed him to drop a whopping four stone.

He revealed to The Mirror: ‘I’ve got more energy and stamina and I’m stronger and leaner than I was at 25.’

Gregg also said he received a big wake up call when he was informed he had dangerously high cholesterol.

He enrolled the help of a personal trainer and now exercises for an hour, five days a week from his Kent farmhouse, as gyms remain closed. 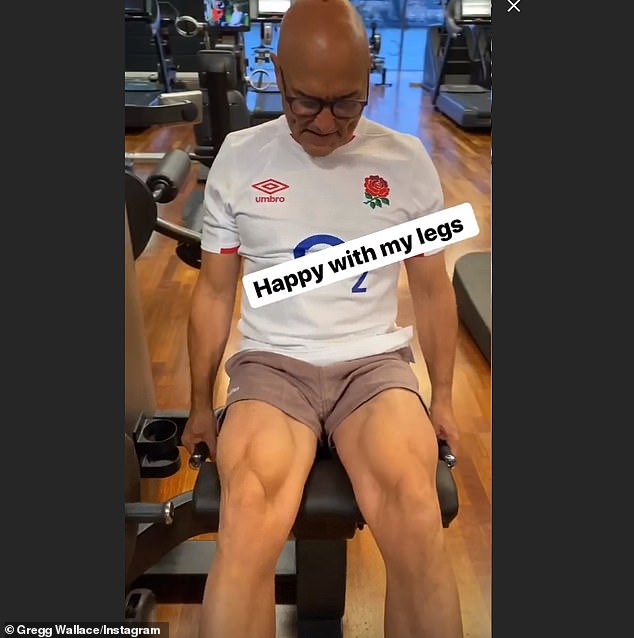 Here we go: Gregg showed off his leg muscles while working out on Tuesday morning

The TV presenter has also been getting his family on board as they have been enjoying walks around his local area.

Gregg has also been perfecting his healthy recipes for his wife, their one-year-old son, Sid, and his daughter from a previous relationship called Libby, 23.

His fitness journey inspired him to launch his own website showme.fit which helps others achieve a healthier lifestyle. 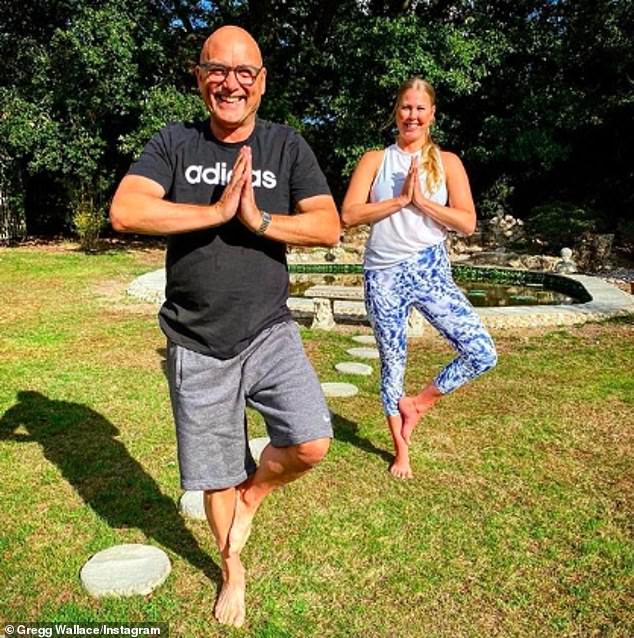 Loving it: The presenter has developed a passion for yoga and frequently shares updates with his Instagram followers