Actor Edd Byrnes had died of natural causes at the age of 87.

Byrnes’ son, Logan, confirmed the news on Twitter, revealing his father passed away Wednesday at home in Santa Monica.

‘It is with profound sadness and grief that I share with you the passing of my father Eddy,’ Logan wrote. ‘He was an amazing man and one of my best friends.’

Edd Byrnes was best known for his role on the private-detective series 77 Sunset Strip, which aired on ABC from 1958 to 1964.

He also made a memorable appearance in the 1978 smash, Grease, where he played the role of Vince Fontaine, the host of the National Bandstand dance contest. 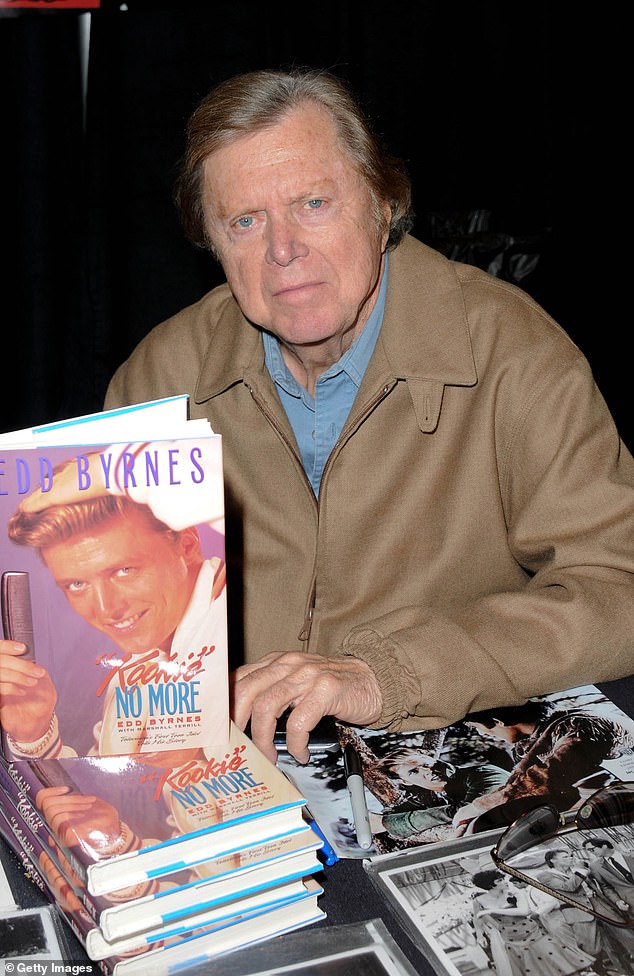 77 Sunset Strip star Edd Byrnes died at 87 on Wednesday of natural causes at his home in Santa Monica. He is pictured in 2011 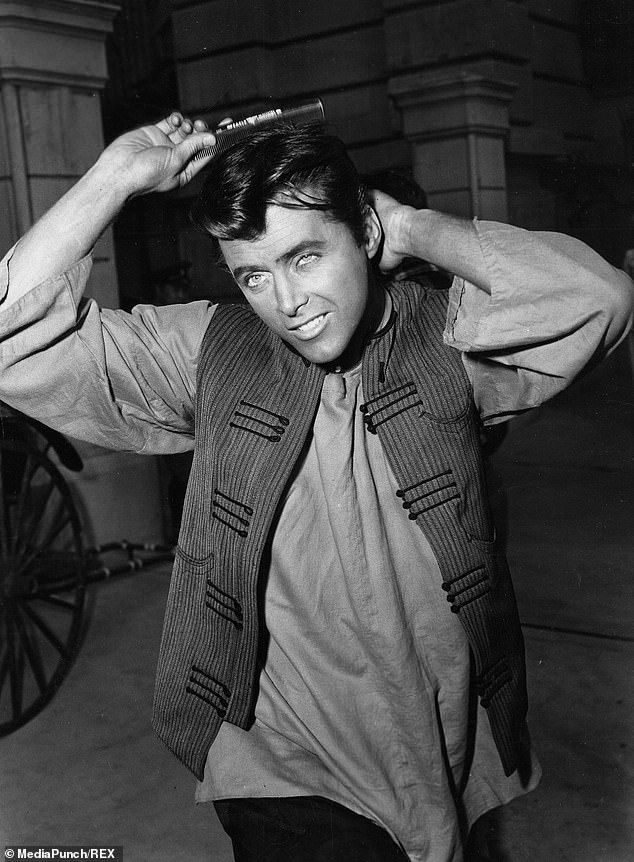 Byrnes was best known for his role on the private-detective series 77 Sunset Strip, which aired on ABC from 1958 to 1964. He is pictured on the set of the show in 1959

Byrnes, born Edward Byrne Breitenberger in New York City, came from a poor family. His alcoholic father died when he was 13 in suspicious circumstances.

Dreaming of a career on the silver screen, Byrnes started out working a variety of jobs, before becoming employed as a photographer’s model at the age of 17.

In his 1996 autobiography, Kookie No More, Byrnes wrote that he was soon drawn into male hustling with wealthy older men. He said he was introduced to the ‘strange world’ of ‘art, wealth, sadism, limousines, sex for money, theater and fine restaurants’.

Byrnes moved to Los Angeles at the age of 23, and soon scored the role in 77 Sunset Strip which would change his life forever.

The actor was cast as Kookie, a parking valet with a penchant for obsessively combing his hair. 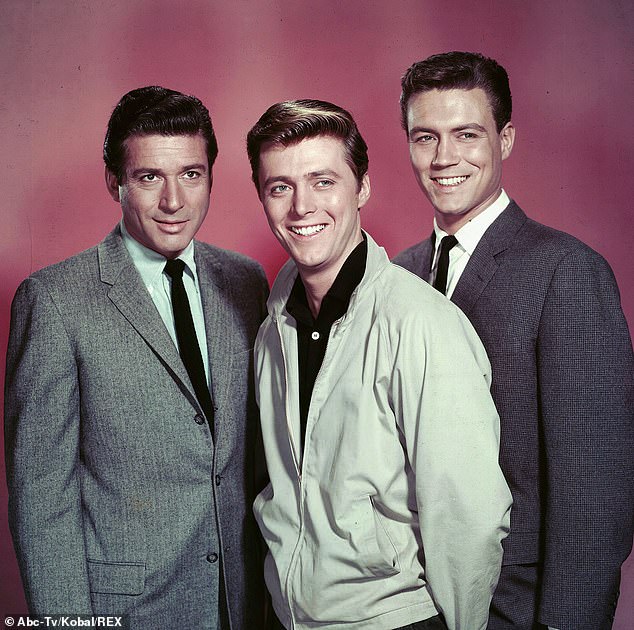 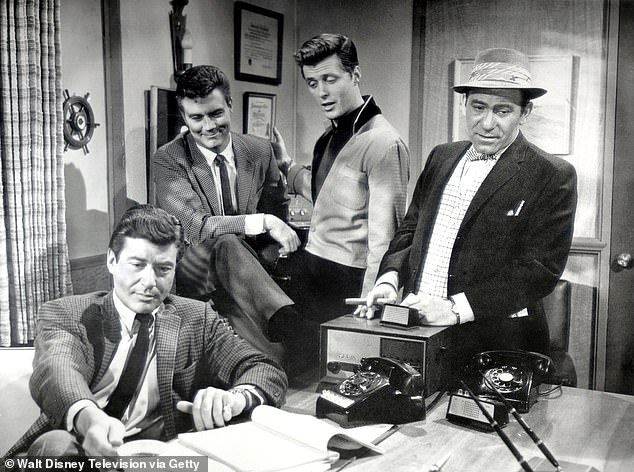 Byrnes (second from left) became the breakout star of 77 Sunset Strip. He is pictured in a 159 episode of the program with co-stars (from right) Efrem Zimbalist Jr., Roger Smith and Louis Quinn 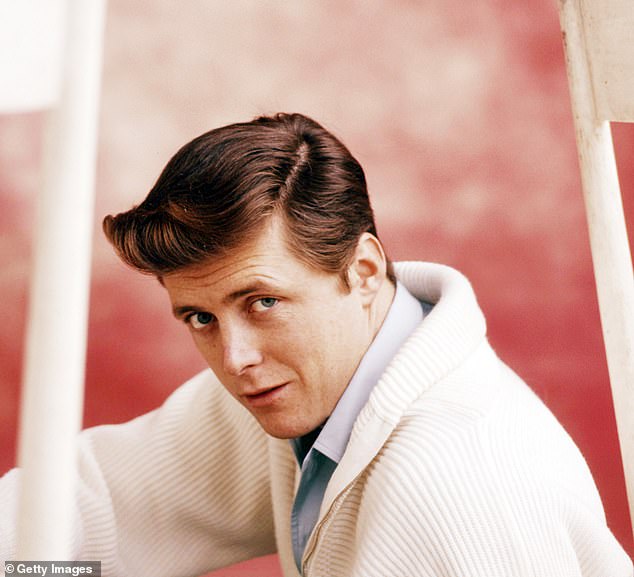 Byrnes became a teen idol, and he received 15,000 fan letters a week at the height of his popularity. He is pictured in 1960

While he initially had a small part in the series, Byrnes became the breakout star and his character was soon moved into a leading role.

77 Sunset Strip transformed Byrnes into a teen idol, and he received 15,000 fan letters a week at the height of his popularity.

In 1959, he recorded a duet with Connie Stevens which was inspired by his famous character.

The track, Kookie, Kookie (Lend Me Your Comb), hit Billboard’s number four spot in a 13-week run on the chart. 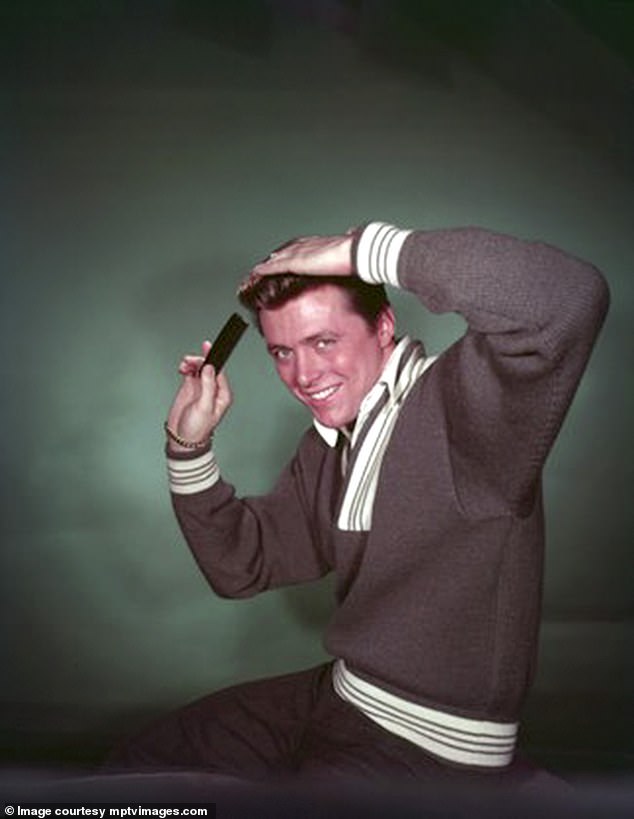 In 1959, Byrnes recorded a duet with Connie Stevens inspired which inspired by his famous character’s penchant for combing his hair 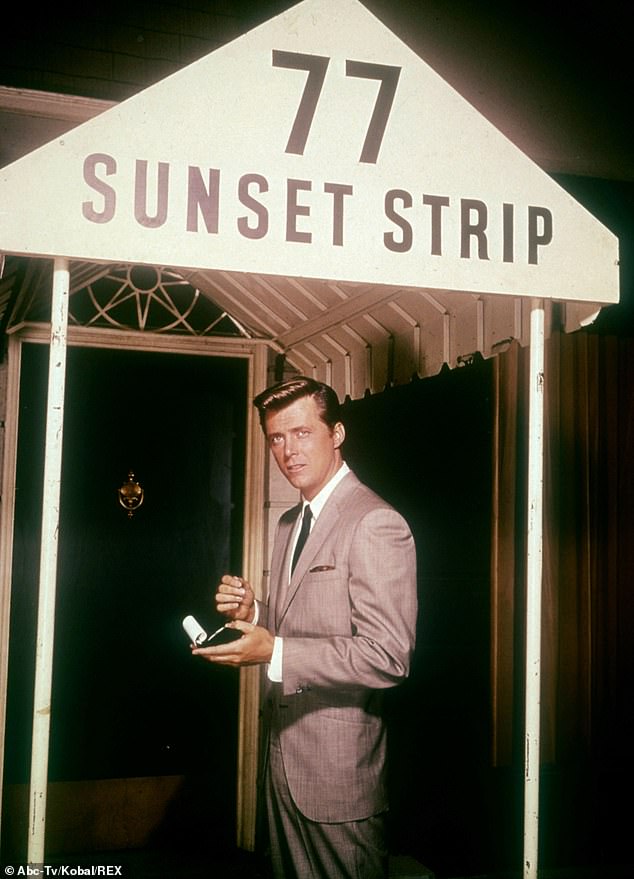 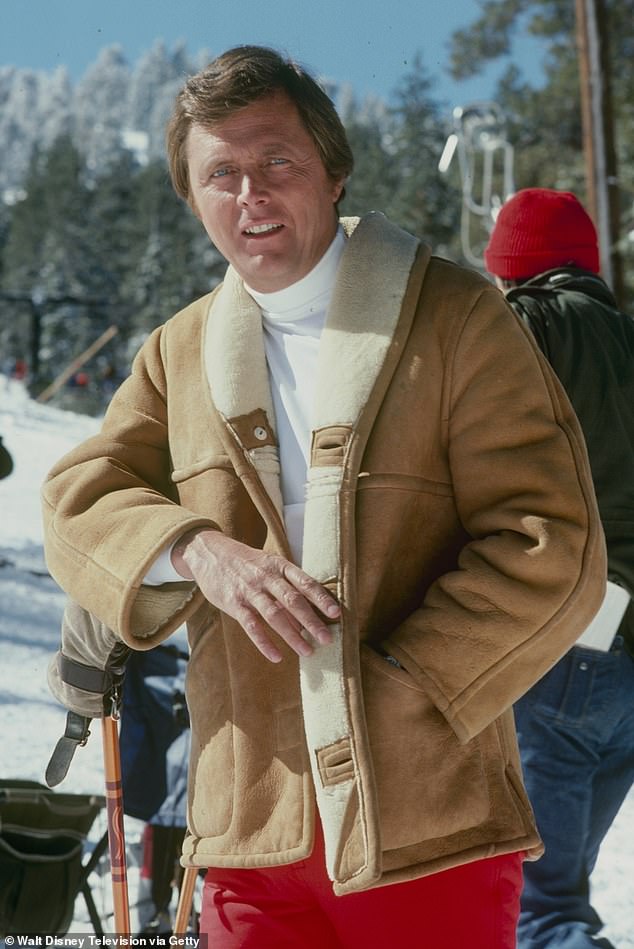 Byrnes became a staple on screens in the 1970s and 80s, with bit parts on Fantasy Island, The Love Boat, Charlie’s Angels and Murder, She Wrote. He is pictured in 1978

After buying out of his Warner Bros. contract in 1963, Byrnes went on to star in dozens of films and TV shows.

He became a fixture on the small screen throughout the 1970s and 80s, scoring parts in programs such as Fantasy Island, The Love Boat, Charlie’s Angels and Murder, She Wrote.

In 1978, the actor scored another iconic role in Grease – the blockbuster movie musical headlined by John Travolta and Olivia Newton-John.

Despite being 45 years old at the time of filming, Byrnes achieved an impressive feat with a front handspring during a dance sequence with John Travolta and the cast.

He also caught a microphone and continued performing, all in a snug-fitting suit. 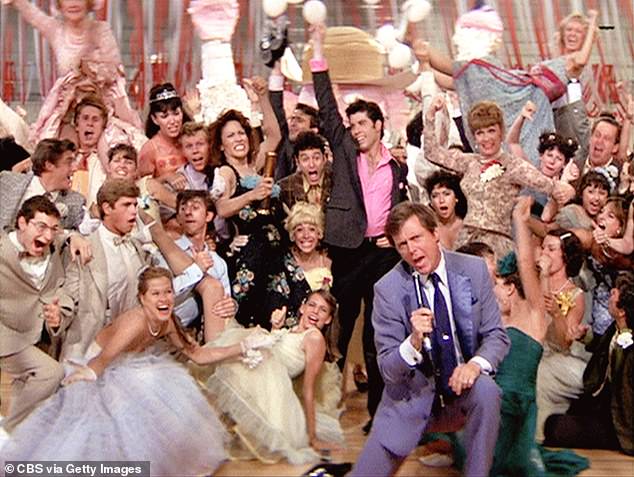 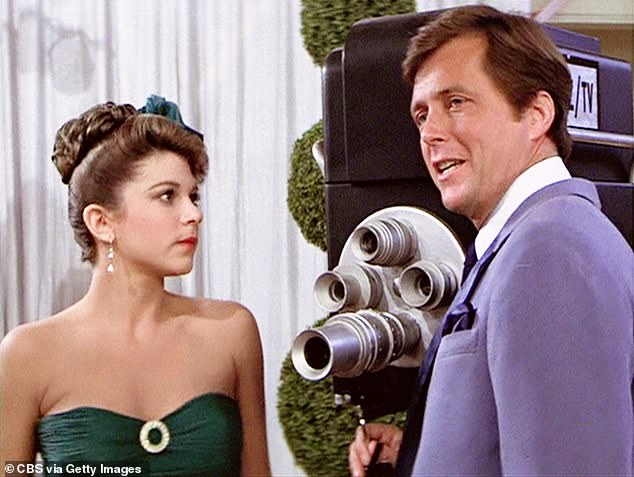 Byrnes is pictured on the set of Grease in 1978. The movie went on to become one of the most famous musicals in Hollywood history

Away from the camera, Byrnes endured a turbulent personal life, struggling with alcoholism and drug addiction.

In his memoir, Byrnes revealed he hit rock bottom in 1982, and entered a 12-step program in order to become sober.

Byrnes is survived by his son, Logan, and his partner, Catherine Gross. 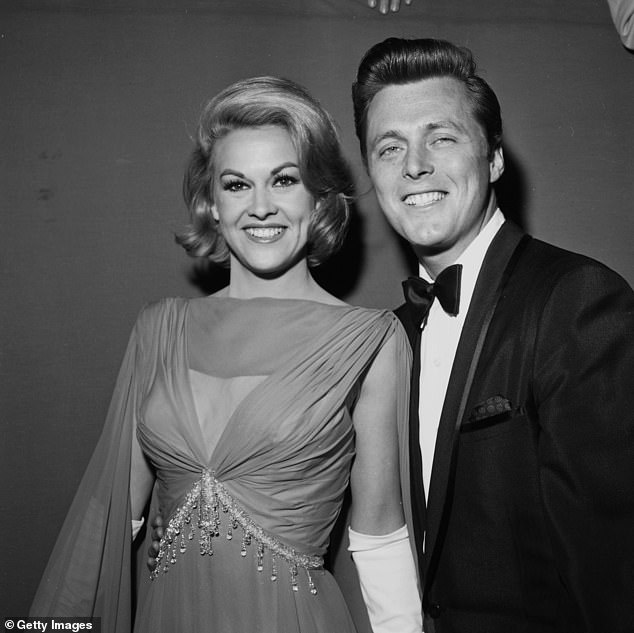 Byres married glamorous actress Asa Maynor 1962, while he was working on 77 Sunset Strip. They are pictured the year of their marriage 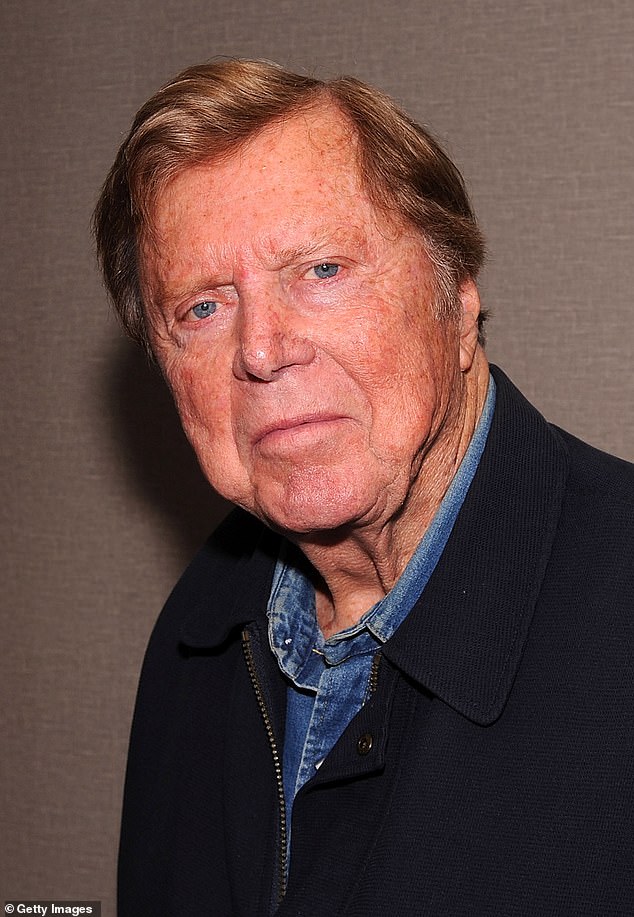 Byrnes is pictured in 2018. He  is survived by his son, Logan, and his partner, Catherine Gross