Alex Beresford has shared a positive message just hours after Piers Morgan called him ‘uptight’ in an account of his final few days at Good Morning Britain.

The journalist, 55, left the show after saying he ‘didn’t believe a word’ of Meghan Markle’s ‘truth’ on racism and the Royals during her bombshell Oprah interview.

And while discussing the claims on the ITV breakfast show, Piers and Alex, 40, ended up having a dramatic confrontation which saw Piers leave the studio.

Taking to Instagram on Sunday, the weatherman smiled as he told fans to remember the ‘sun still rises and sets so beautifully some place in the world everyday.’ 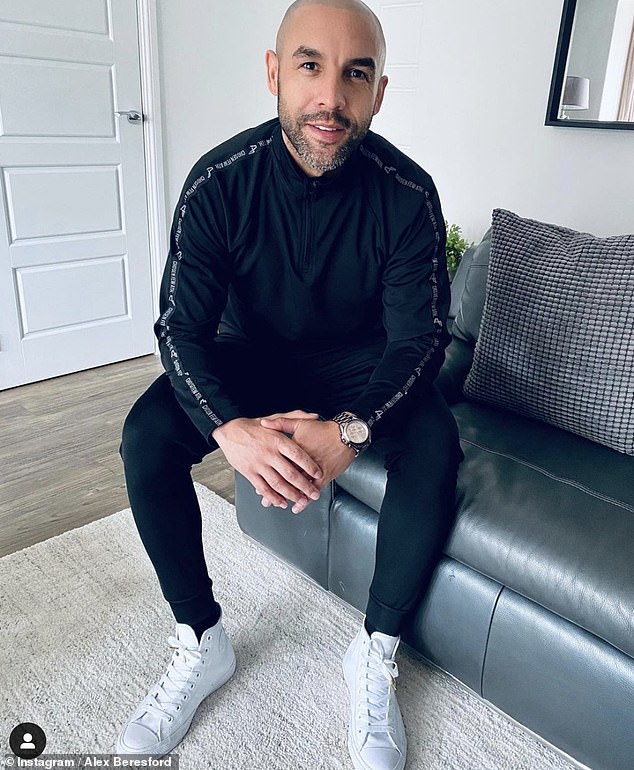 Staying positive: Alex Beresford has shared a hopeful message just hours after Piers Morgan called him ‘uptight’ in an account of his final few days at Good Morning Britain

Alex cut a casual figure in a black tracksuit which boasted a grey trim down the arms paired with some white Converse trainers and a silver watch.

He penned: ‘Probably shouldn’t have my trainers on this white rug! Anyway bless up yourselves on what looks like a grey Sunday.

‘Remember the sun still rises and sets so beautifully some place in the world everyday.

Earlier this month, Piers announced he had quit GMB after Alex challenged his comments about Meghan Markle and her interview with Oprah Winfrey. 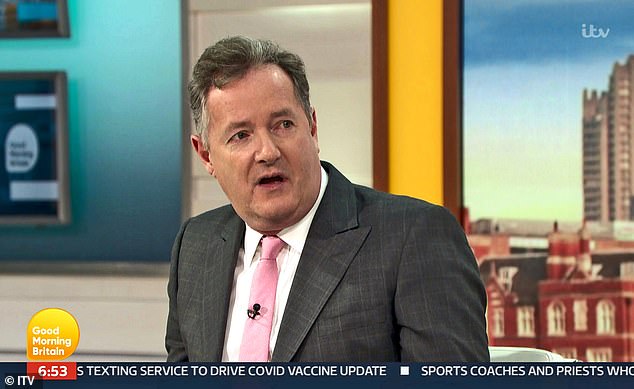 Dramatic scenes: While discussing Meghan’s claims on the ITV breakfast show, Piers and Alex ended up having a dramatic confrontation which saw the presenter storm out of the studio

The outspoken GMB host left the daytime series after he insisted he ‘didn’t believe a word’ of Meghan’s account of suffering suicidal thoughts and experiencing racism at the hands of the royal family.

Piers then walked off set after a fierce debate with Alex, in which the weather presenter accused Piers of unfairly ‘trashing’ Meghan, and branded him ‘diabolical’.

When Piers walked off screen, Alex continued: ‘I’m sorry but Piers just spouts off on a regular basis and we have to sit there and listen.’

Piers, who refused to apologise, later announced his resignation and tweeted his thanks to the GMB team, praising them for their ‘hard work and dedication’ that led to them beating their main breakfast TV rival. 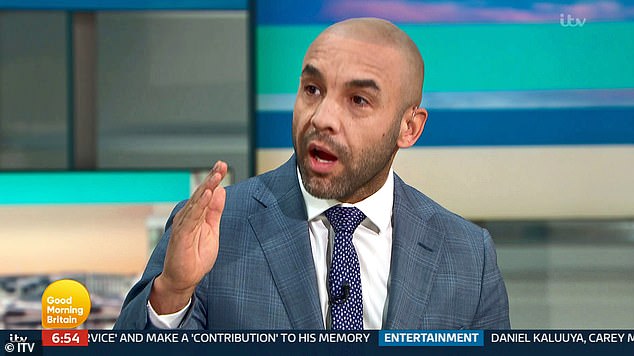 And the presenter shared his own reflections on the events of that fateful week in a piece for the Mail On Sunday this weekend.

Piers called Alex ‘GMB’s occasional stand-in weatherman’ and ‘uptight’ in the telling account, adding that the presenter hasn’t messaged him since his exit unlike others on the show.

Reflecting on their now infamous encounter on GMB, which ended in Piers leaving the studio, Piers said he wasn’t going to sit there and be ‘whacked’ by one of his own team.

He wrote: ‘I don’t mind outside guests trying to make a name for themselves by whacking me like this, but I wasn’t going to sit there and take it from one of my own team, especially someone who I’ve gone out of my way to help whenever he’s asked me for advice about his career. 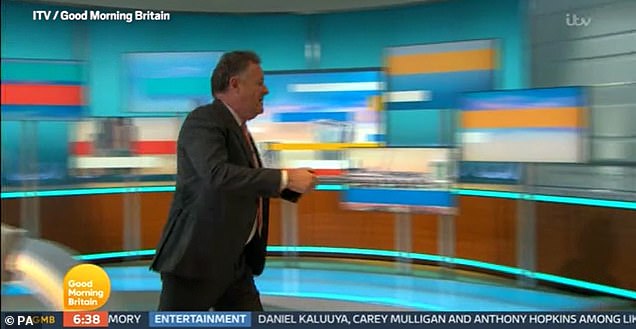 His side: Reflecting on storming out of the studio in his own account for the Mail On Sunday, Piers said he wasn’t going to sit there and be ‘whacked’ by one of his own team

‘Realising I might say something I’d regret, I decided to leave the studio to cool down.

‘As I walked off, Alex doubled down: “This is pathetic. Absolutely diabolical behaviour. I’m sorry but Piers spouts off on a regular basis and we all have to sit here and listen. From 6.30 to 7am yesterday, it was incredibly hard to watch.

Piers continued: ‘I didn’t hear any more of his diatribe, as I was out the door and heading for my dressing room.

‘I knew it wasn’t a good look, the great snowflake-basher running away from confrontation. And on reflection, I shouldn’t have done it. But in the heat of the moment, in my rather strained state of mind, this seemed the less worse option.’

Since Piers’ exit from the show he has received messages from several stars, naming Jeremy Clarkson and Bear Grylls , who have said he had a ‘right’ to say his mind.

Sharon Osbourne has also voiced her support for Piers during her show The Talk, however it has now been suspended as CBS ‘investigates’ her behaviour.

It was recently claimed that Alex hopes to make it big in America after winning new fans including Oprah Winfrey after his row with Piers.

A source told The Sun that he has already been offered several big-money jobs from US TV companies, in addition to possible radio work and a book deal.

According to the insider, Alex also told his agent Jonathan Shalit that he wants to ‘crack’ America as he doesn’t want to be resigned to the position of a weatherman or breakfast TV presenter for the rest of his life. 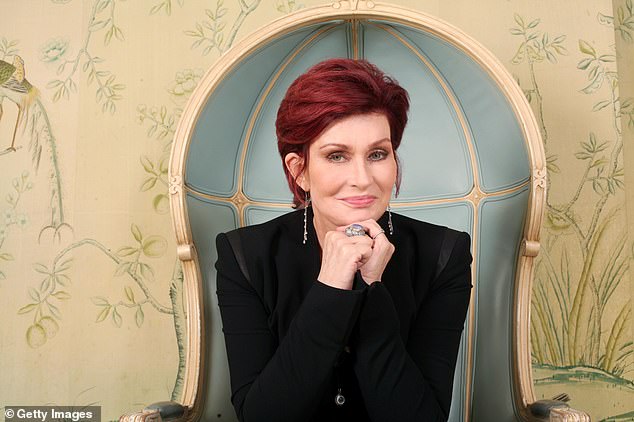 Friends: Sharon Osbourne also voiced her support for Piers during her show The Talk, however it has now been suspended as CBS ‘investigates’ her behaviour