Love at first sight does exist! Gisele Bündchen admitted as much while remembering her first date with now-husband Tom Brady.

“For some reason, everybody thought they needed to, like, find me a boyfriend, so it was actually my third blind date,” the 38-year-old Lessons: My Path to a Meaningful Life author recalled during her Thursday, October 4, appearance on The Tonight Show Starring Jimmy Fallon. “And the other two were dinners, which I was stuck there for an hour and a half thinking, ‘When can I get out? Where’s my food?’”

Bündchen decided to employ a different setting for her outing with Brady. “The third blind date was actually Tom, and I was like, ‘That’s it. I’m not going on any more blind dates,’” she explained. “And I figured let’s meet for a drink because, you know, a drink can take three minutes or two hours. I mean, you can go drink or you can go sipping.”

However, the 41-year-old NFL player changed her perspective instantly. “But, you know, when I saw those kind eyes, I literally fell in love, like, right away,” she noted. “I was like, ‘What?’ I mean, he was just so … You know how sweet he is.” The couple wed in February 2009. 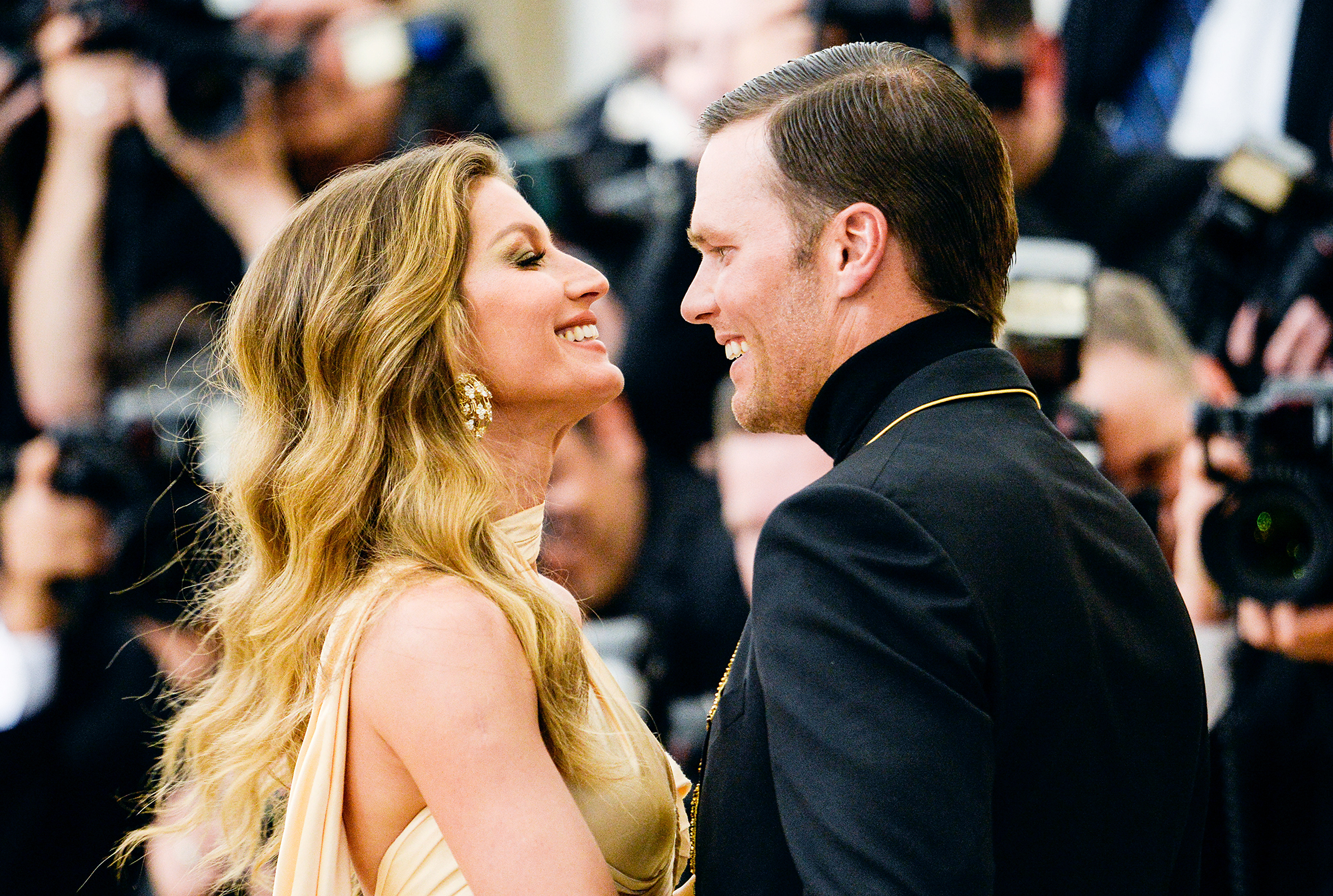 In addition to opening up about the struggles she and Brady faced after welcoming their children, 8-year-old Benjamin and 5-year-old Vivian, the model raves about how the pair complement each other in her new book. “[He] is someone you can count on. It’s a quality I hadn’t experienced in any of my other romantic relationships. I love my husband, and most of all, I trust him,” she writes. “With Tom, who provides our family with a stable foundation, I’m able to create a home. [We] complement each other. My husband is rational, analytical and a man of few words. I’m emotional, intuitive, changeable and a woman of many words. I’ve learned a lot from Tom.”

Bündchen also rehashes a time when she wrote a lengthy letter, which she later ended up burning without him ever reading it, to the New England Patriots quarterback after a fight. “The next morning, I sent Tom a brief email telling him I was only willing to be in a relationship that was based on love and respect, and that I look forward to us talking whenever he was ready to speak to me in a loving and respectful way,” she conveys in her book. “A day later, we did just that.”

Brady is also the father of 11-year-old Jack with ex-girlfriend Bridget Moynahan.

For all the inside details on the biggest celebrity stories and scoop this week, subscribe to our new podcast “Us Weekly’s Hot Hollywood” below!