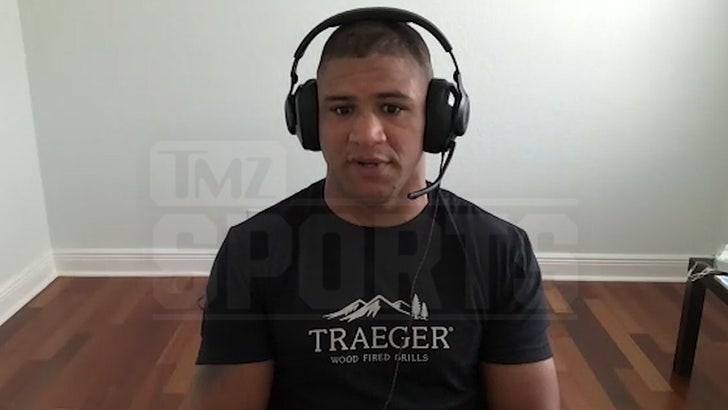 If Gilbert Burns and Kamaru Usman had any bad blood … the beef has officially been squashed, ’cause the pound-for-pound king/welterweight champ is helping train “Durinho” for his fight with Khamzat Chimaev.

TMZ Sports talked to 35-year-old Burns just a week and a half before his highly anticipated fight with Chimaev at UFC 273 … and when we asked the #2 ranked fighter if he brought in any special training partners, he dropped this bomb.

“Usman came a couple of days to help out,” Burns said, “He was helping me a couple of times, not training with me but kinda coaching.”

“Very high IQ and very good advice. Was good to have him around.”

FYI, 27-year-old Chimaev has risen to stardom in the blink of an eye. He’s 4-0 in the UFC (10-0 overall) and has literally been hit less than 5 times in his entire UFC career.

Of course, Kamaru and Gilbert were once good friends and training partners at Sanford MMA in Tennessee … but as Burns rose the ranks in the welterweight division — where Usman is the champion — and became a top contender, the Nigerian Nightmare left the gym.

KU and GB finally fought in February 2021 … and good, tough fight that Kamaru won by TKO. 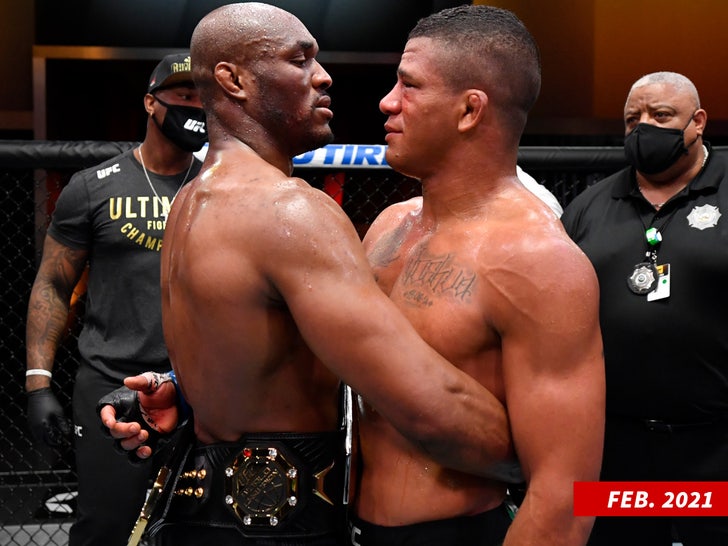 Any bad blood is clearly long gone … and Usman, being a caring friend, wanted to help prep Gilbert for one of the most highly anticipated fights of the year.

Here’s what’s interesting … there’s a good chance Kamaru and Gilbert will fight each other again, and soon.

That’s why Burns dropped this movie analogy on us about his relationship with Usman.

“Apollo beat Rocky and came out to help out so yeah that’s kind of like being in it!”