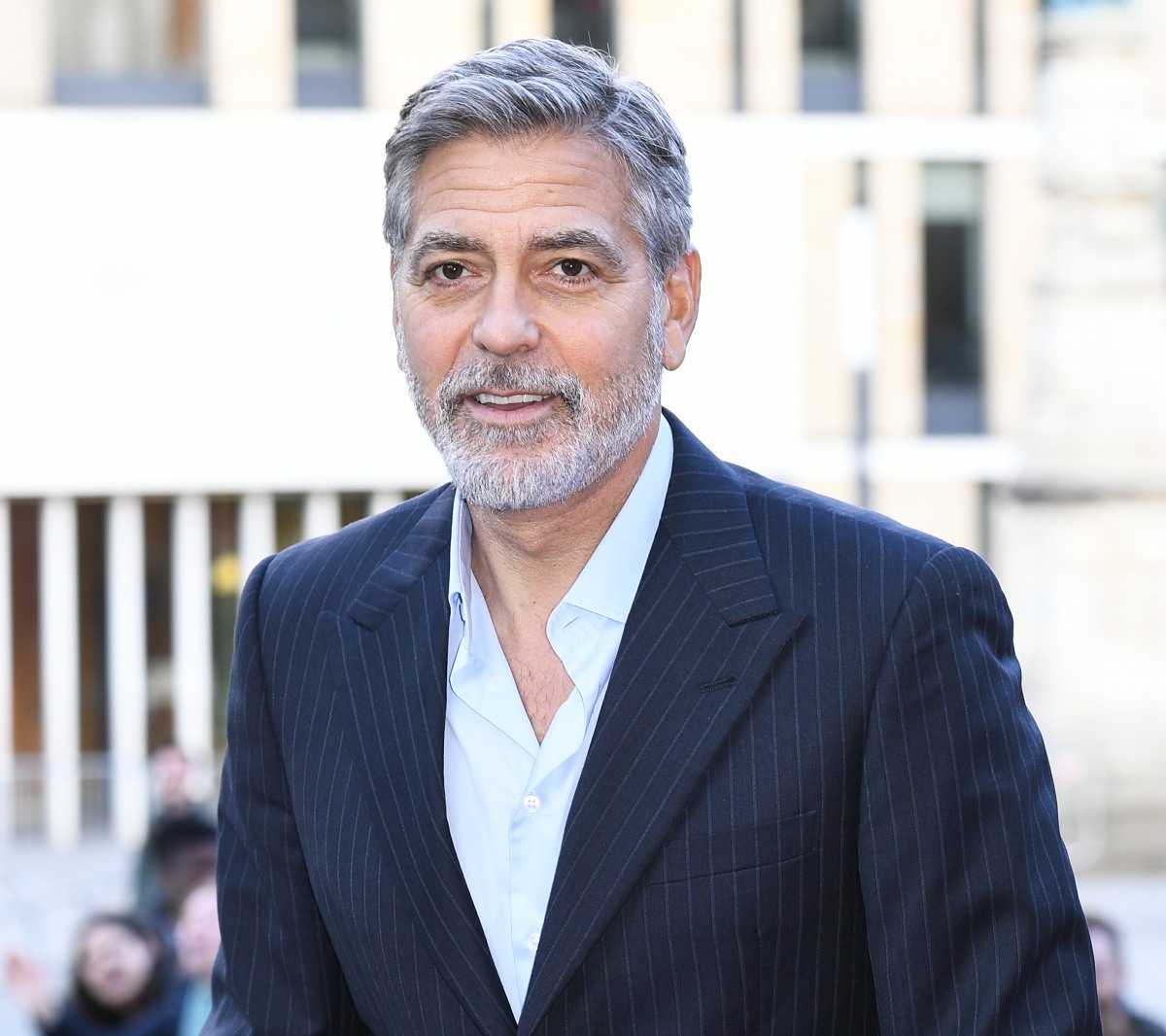 George Clooney is currently promoting Midnight Sky, which he stars in, directed and produced. Good timing that his virtual promotion is happening just before the election, because that’s mostly what he wants to talk about. George spoke to Vanity Fair about growing up a Democrat in Kentucky, fighting losing battles, and why everyone should want to be the man in the arena. I’ll admit it… George’s words moved me. What he says about fighting losing battles is so important, as is what he says about trying and failing.

Why he’s supporting Amy McGrath’s Senate run in his home state of Kentucky: “Here’s the idea behind supporting someone even though you’re going to lose. I’ve been arrested in the Sudanese embassy in Washington D.C. I’ve been fighting to take [former Sudanese president] Omar al-Bashir to the ICC for years. All of those things, every one of them, was futile. I got an award by the Nobel Laureates at one point. There’s the Dalai Lama standing there, handing you this plaque, and my speech was about how we’ve never won. We’ve never succeeded, we’ve never accomplished. People are still dying in Sudan, and Darfur, and South Sudan. Every speech was: ‘We’re not winning, but that doesn’t mean we don’t keep the fight up. It doesn’t mean you don’t keep doing it.’ Now, a few weeks ago, I saw Omar al-Bashir in the docket, and he’s in jail. Yes, it took 20 years, but guess what—it happened. Of course you fight the losing fights, and of course you go into them fully expecting that you’re going to lose this fight. But that’s how democracy works. You fight it, and fight it, and at some point it changes. It doesn’t hurt to lose. It hurts to not try.”

His inspiration is Theodore Roosevelt’s 1910 “Man in the Arena” speech: “All he says is: get in. You get your face dirty; you’re going to lose. And when you lose, people are going to stand out there and make fun of you. The people out there, doing that [mockery], will never know the agony of defeat, but they’ll never know the great victories. They’ll be the timid souls on the sideline. That’s the truth. You gotta get in; you gotta mix it up. I have always been very involved, politically. I believe in it. I think it’s your civic duty to do.”

Whether American division has ever been this bad: “It’s going to take a while. We always think that every time there is division in the United States, that it’s never been this bad. I say, go watch the documentary about Bobby Kennedy on Netflix. I think it’s six episodes. Just watch how the White House had buses parked around it to protect it from people being able to get up close to it. And people being shot in the streets and on campuses, particularly in ’65 and ’66 and ’68, and how deeply torn and violent and angry we were. Much more so than now, even though we see a lot of anger. And yes, it’s amplified by your ability to do all this on the internet and misinformation you’re getting. There was still a lot of misinformation and still a lot of anger. There’s certainly no more anger or resentment than when we actually killed 400,000 Americans in a civil war.”

On the Confederate flag: “When I was growing up, I didn’t pay much attention to the Confederate flag. Hell, The Dukes of Hazzard had it on the top of their car. But the truth of the matter is, if I was Black I would have known exactly what it is. It shows you how different the experiences are. We were big liberals in Kentucky, you know, and still we were missing the point. I wasn’t flying a Confederate flag, for chrissakes, but now you look at it and go, ‘Okay, guys, you’re defending the flag of a group of people, an entire section of this country that were traitors to the country, who went to war against our country and lost. With that flag! And they went to war for slavery—and lost.’ So you don’t just get to fly that f–king flag.”

We’ll survive this moment: “I look at it as this is one of our worst moments. It’s not our worst. We will survive it. We survived the others. In general, what’s going to have to happen is, bit by bit, the most extreme of these groups will fall by the wayside and we’ll get tired of hate, as we do. We have found ways around it. I think we need to solve deeply ingrained injustices. There is not a single person that can actually look at facts and think that if you’re Black in the United States, your life, particularly in the justice system, is equal. Sentences are longer, they’re harsher, the paroles are longer, the arrest rate is higher. There’s no version of it that is equitable. We’re going to have to adjust these things. It can’t just be words.”

What Trump should have done in March about the pandemic: “If Trump had come out early on and said, ‘Listen, this is bad. It goes through the air’—which we now know he knew in March—‘everybody should wear a mask.’ If he did it, and everybody did it, there wouldn’t be one single MAGA person in the world saying we shouldn’t wear a mask. They wear seatbelts and they wear helmets on their motorcycles…”

For years, people have said that George would eventually “get into politics” and run for office. The man is 59 years old and he has a bad back and more money than he knows what to do with. He’s not going to run for office. BUT HE SHOULD. I would vote for him. I loved his summary of the “Man in the Arena” speech (which is technically the “Citizenship in a Republic” speech). And this: “Of course you fight the losing fights, and of course you go into them fully expecting that you’re going to lose this fight. But that’s how democracy works. You fight it, and fight it, and at some point it changes. It doesn’t hurt to lose. It hurts to not try.” The reason I know Clooney’s not going to run for political office is because he would have saved that line for his stump speech.

Also: I really appreciate how George is capable of revising his opinions and changing with the times and admitting mistakes without feeling the need to center himself in the narrative. The way he talks about the Confederate flag and what he thought in the past versus what he thinks now is a perfect example of “how to be a white man and talk about Culture War issues.” 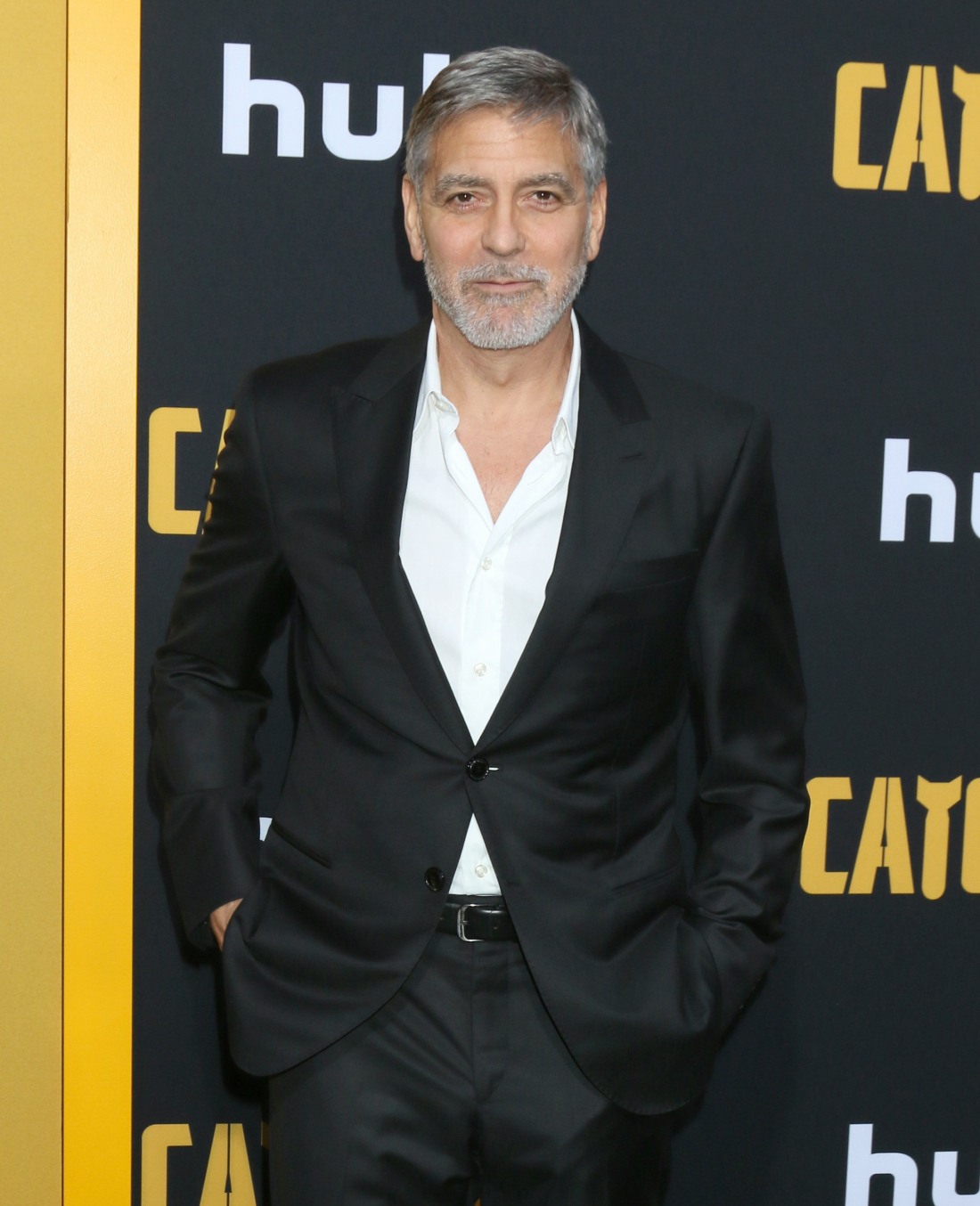