She has been showcasing her incredible frame in a variety of swimsuit snaps since dropping three stone.

And Gemma Collins looked sensational as she slipped into a floral number during her sunshine break on Friday.

The TOWIE star, 38, revealed her hourglass curves as she posed up on a catamaran in a figure-hugging swimsuit while cracking a broad smile. 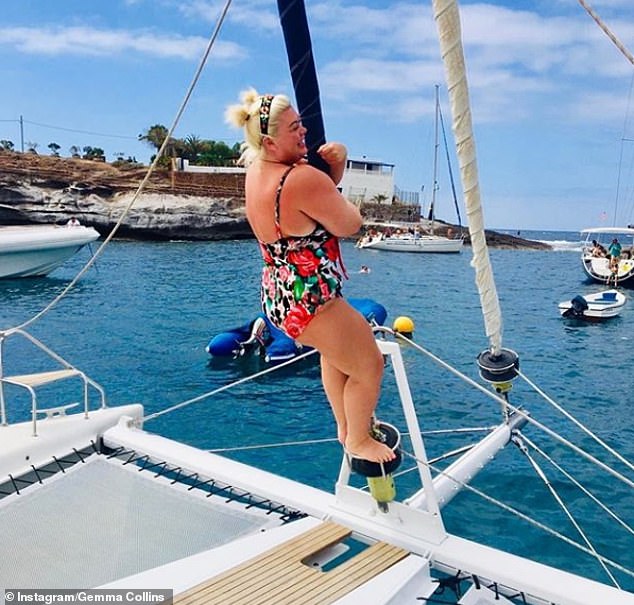 Sizzling: Gemma Collins looked sensational as she slipped into a floral number during her sunshine break on Friday

The racy scarlet, green and white one-piece revealed the beauty’s golden tan, while hugging her honed midriff and waist.

Cutting high on her enviable legs, the swimsuit also teased a glimpse of the star’s peachy derriere.

Her platinum tresses were pulled into a casual ponytail held back by a bejewelled headband, while the star showcased her naturally radiant complexion by going make-up free.

Showing her elation at time off from her hectic schedule, she captioned the photo: ‘Happy weekend.’ 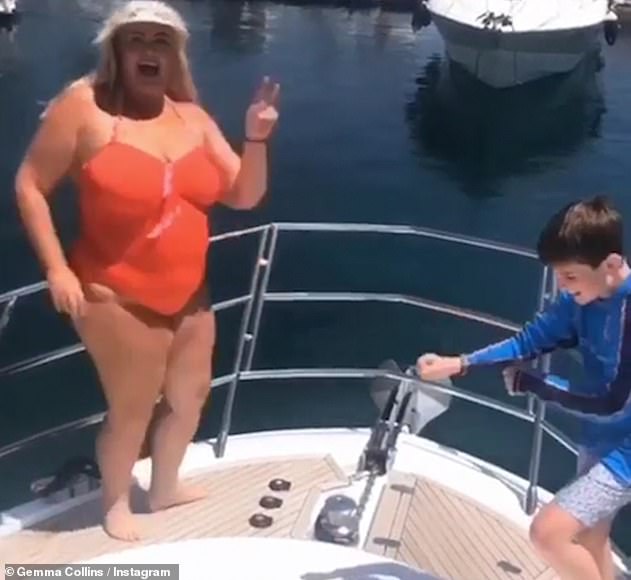 Boat trip: Gemma delighted her legions of social media followers last week with a video of herself attempting the Bottle Cap Challenge

This comes days after Gemma  delighted her legions of social media followers with a video of herself attempting the Bottle Cap Challenge.

The star took to Instagram to upload a hilarious clip where she tries to take off the top of a water bottle with a high kick, almost falling over in the process.

The TV favourite was enjoying a boat trip when she attempted the challenge, showing off her weight loss in a bright orange swimsuit.

Addressing the camera, she said: ‘It’s the GC and I’m attempting the Bottle Cap Challenge, or whatever it’s called.’

Gemma then proceeded to try and kick the cap off the bottle, but misplaced her footing and almost fell over. 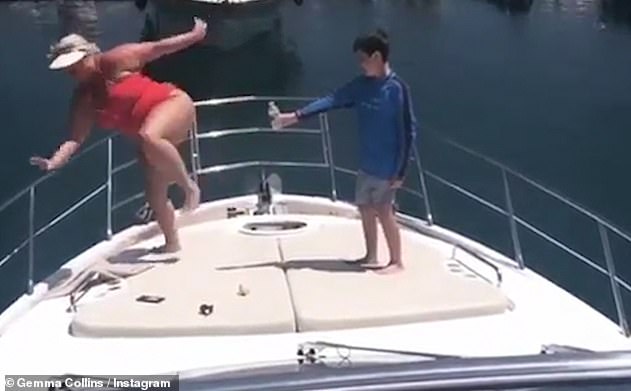 Mishap: She uploaded a hilarious video of herself trying to take off the top of a water bottle with a high kick and almost fell over in the process 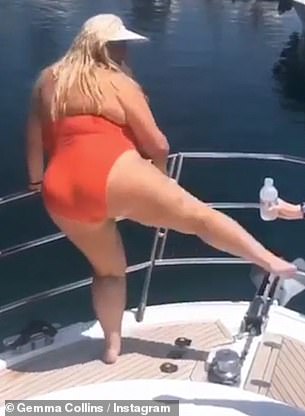 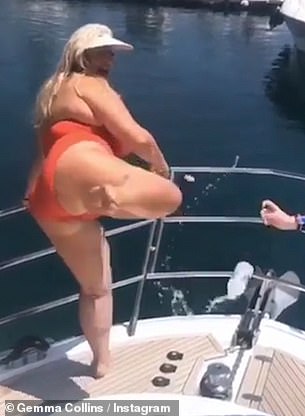 Kick: Addressing the camera she said, ‘It’s the GC and I’m attempting the bottle cap challenge, or whatever it’s called

Letting out a shriek of fright, she quickly grabbed onto the boat railings while the person filming the video started laughing.

In the latter half of the video, Gemma made a second attempt at the challenge and instead knocked the entire bottle over, before giving the camera the peace sign.

Gemma’s latest posts come amid claims she has been having £250 weight loss injections.

According to The Sun Online, she has been taking SkinnyJab injections that act as an appetite suppressant.

The website boasts that the jabs ‘regulate the glucose level in your blood, allowing your body to use your stored fat for energy.

This means that you can safely consume small portions without experiencing the undesired effects of starvation mode.’

Gemma started her weight loss journey after she dropped dress sizes because of her gruelling rehearsals for Dancing On Ice.

The Celebs Go Dating star also revealed she had gone vegan when she shared her latest weight loss secrets. 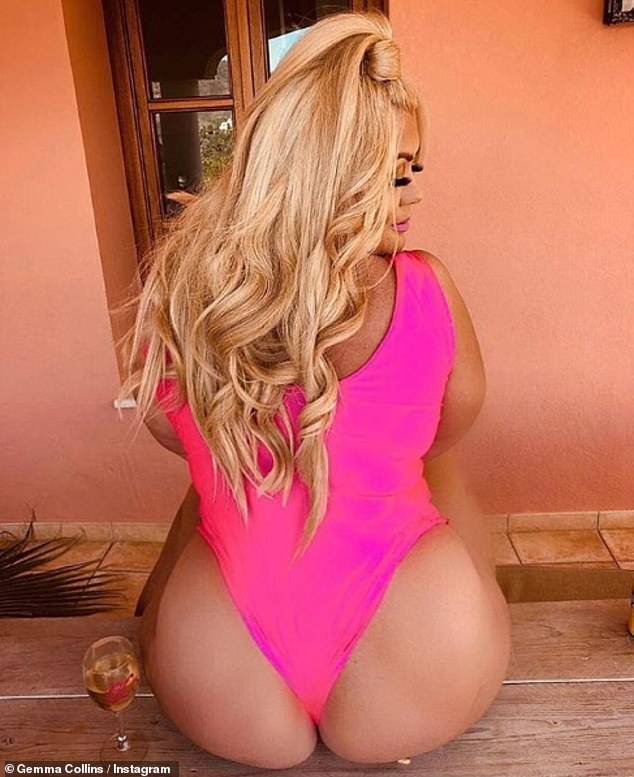