Gavin & Stacey festive special is a hit with viewers as programme receives highest overnight Christmas ratings in 11 YEARS with an average of 11.6 million people tuning in

The Gavin And Stacey special has secured the highest overnight Christmas ratings in 12 years.

The episode was watched by an average of 11.6 million viewers, making it the biggest festive special since Christmas Day 2008.

It secured nearly half (49.2%) of the total viewing audience during its slot, according to the BBC. 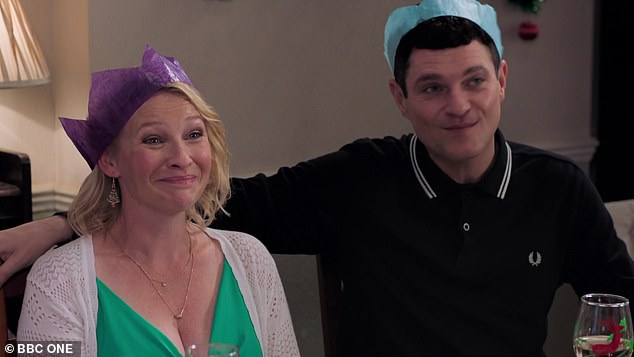 Huge: The special secured nearly half (49.2%) of the total viewing audience during its slot, according to the BBC 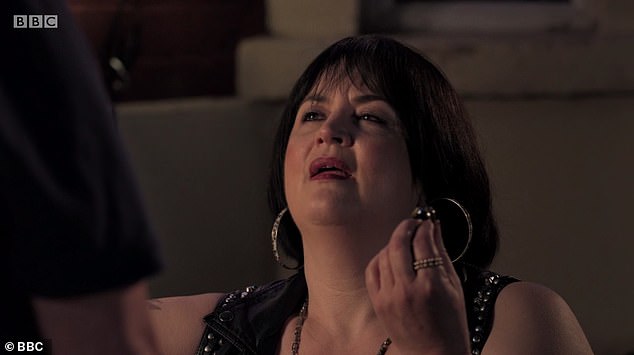 Shock: Gavin & Stacey fans were left wanting more after Nessa’s shock proposal to Smithy at the end of the Christmas Day special

The special picked up 10 years after the previous installment and revealed that Gavin and Stacey, played by Mathew Horne and Joanna Page respectively, now have three children, while Smithy and Nessa, James Corden and Ruth Jones, were successfully co-parenting their son, Neil.

It ended on a dramatic cliffhanger with a marriage proposal between two major characters left unanswered.

The BBC also won the Christmas Day soap showdown after EastEnders, which aired at 9.30pm, secured the largest number of viewers with an average of 5.5 million. 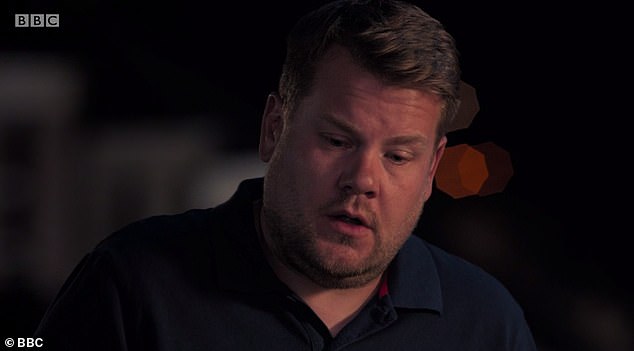 Cliffhanger: After Smithy’s new girlfriend Sonia made a hasty exit from Barry after being unimpressed with Gavin and Stacey’s family, Nessa told Smithy she is in love with him

BBC One claimed eight of the 10 most popular shows across Christmas Day.

The corporation’s Strictly Come Dancing Christmas special, which was won by Debbie McGee, widow of magician Paul Daniels, earned an average of 5.5 million viewers, while the Queen’s Christmas broadcast secured an average of 6.4 million. 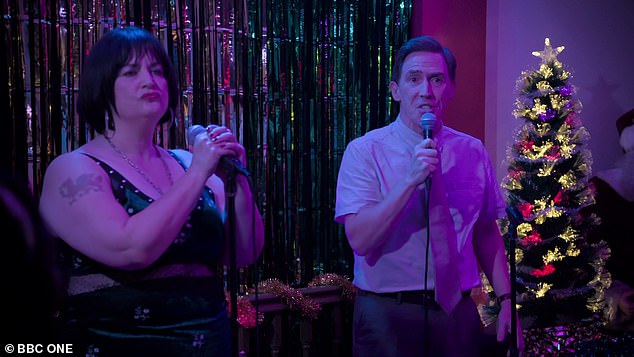 Controversial: Nessa and Bryn sang a rendition of Fairytale of New York which proved another talking point among viewers as the word ‘f****t’ was not omitted from the song

Director of BBC content Charlotte Moore said: ‘Christmas Day on BBC One brought the nation together and entertained them in their millions, with the much-anticipated return of Gavin And Stacey taking the top spot in 2019, and making it the biggest in a decade.

‘We delivered something for everyone with the seven most-popular programmes that cap off an incredible year for BBC One celebrating British talent and creativity.’

Talking about another Gavin & Stacey return, Ruth Jones told The Sun: ‘I do say never say never, as while we did make it work that was after three years of trying to find time when we could sit down and write it. 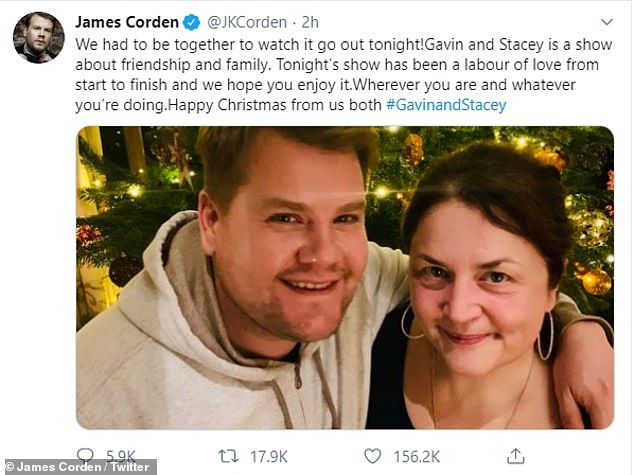 Creators: James revealed he and Ruth watched the Christmas special together and said the episode had been a ‘labour of love from start to finish’

‘Obviously with the way it ends, there is room for more. It’s a shame we didn’t have more time when we were writing so we could have written more, then have it all ready to go.’

While talking about Nessa’s shock proposal, she told the Mirror: ‘It’s quite difficult to show her soft side. If I’m down on one knee, it’s obvious what’s going on.

‘When I put my hand on my heart and I said, as Nessa, “I love you. No, I do, I loves you with all my heart” I really meant it to James. 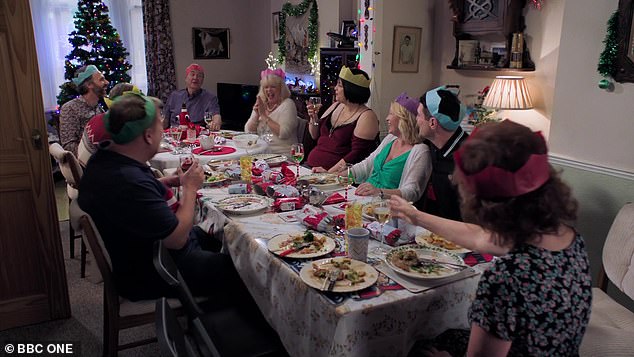 Plot: Gavin’s family travelled down to Barry to be with Stacey and her family for Christmas

‘We can argue, but our friendship at the heart of it is so strong. I’m proud of the journey we’ve been on together. We’ve been though a lot.’

On the Christmas Day special, Smithy’s new girlfriend Sonia made a hasty exit from Barry after being unimpressed with Gavin and Stacey’s family, leading Nessa to tell Smithy she is in love with him.

Nessa (Ruth Jones) got down on one knee and presented a ring to Smithy (James Corden) and the episode ended immediately after she asked: ‘Marry me?’ 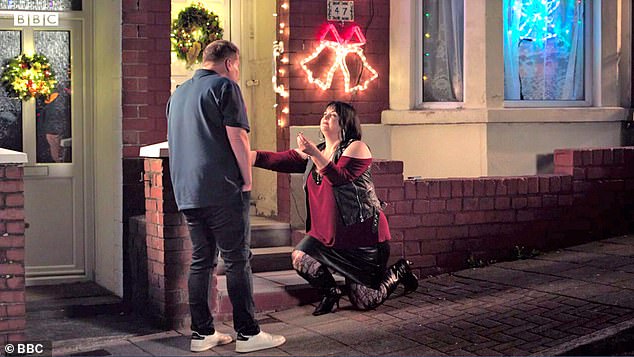 Sweet: The Welsh actress, 53, also admitted that she ‘really meant’ her character’s declaration of love to James’ Smithy (pictured)