She dropped an incredible two stone in July.

And Frankie Essex, 33, was sure to turn up the heat as she flaunted her new curves in racy lingerie during a recent photoshoot.

The sizzling snaps come ahead of the former TOWIE star’s appearance in the reality show’s 10th anniversary episode, which airs on ITVBe on Sunday. 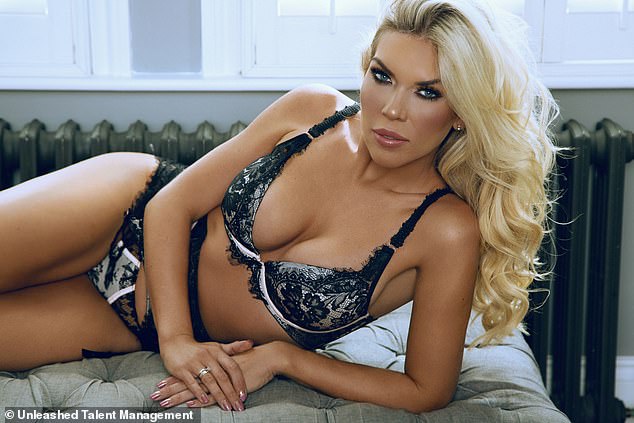 Sizzling: Frankie Essex, 33, was sure to turn up the heat as she flaunted her new curves in racy lingerie ahead of her appearance on TOWIE’s 10th anniversary special

Frankie posed up a storm in her underwear, donning one stunning set which boasted a black lace pattern and slight ruffles on the bra strap.

The blonde beauty smouldered as she rested on one elbow and let her long tresses cascade down her back.

She later slipped into different lingerie, this time framing her ample assets with a cut out detail on her bra and flaunting her pert posterior in a thong.

Frankie also ensured all eyes were on her svelte frame as she added a matching corset belt around her trim waist. 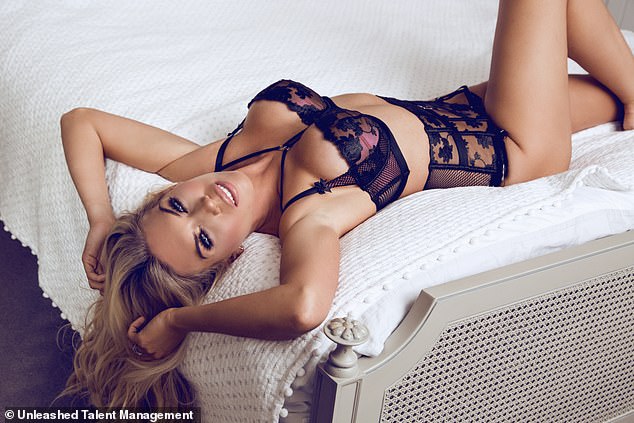 Wow: The reality star put on a sultry display as she laid across of a bed and flaunted her ample assets in a lace cut-out bra

Frankie will also be seen in Sunday’s 10th anniversary special of TOWIE, with the beauty joining Chloe, 37, and Charlie Sims to reflect on the past decade.

In a sneak peak of the show Frankie sits down with her cousins to reminisce over the good old days. Charlie, 28, also used to be a cast member but left in 2015.

Georgia Kousoulou and Chloe will also catch up with new mum and former TOWIE star Danielle Armstrong after she gave birth to baby Orla. 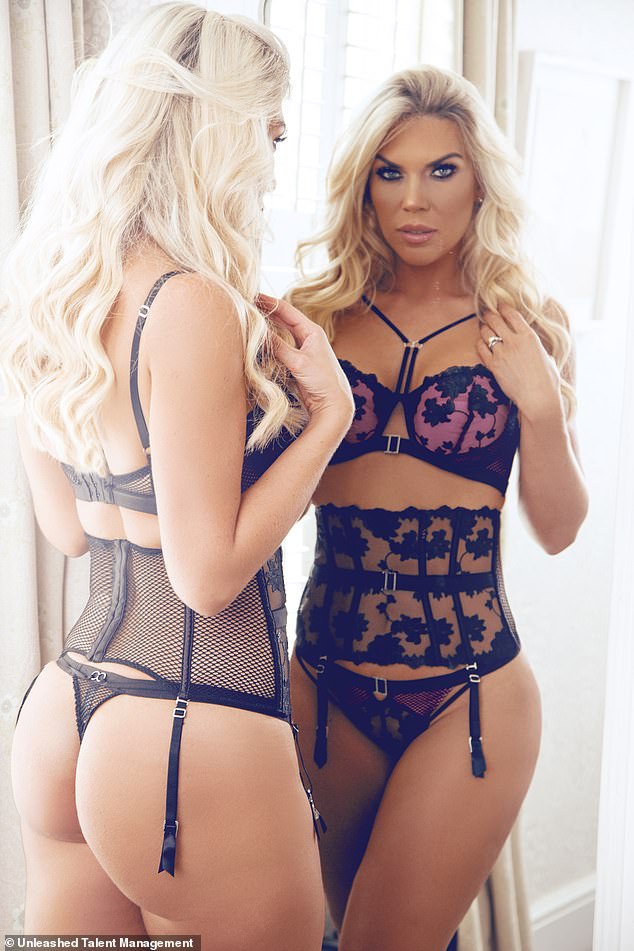 Peachy: Frankie ensured to work all her angles during the sexy lingerie shoot

While another familiar face – Mario Falcone – will also return to Essex with his son and will reminisce with the Sims siblings about life before fatherhood.

As for her love life, Frankie appears to be loved up with her hunky personal trainer Luke, with the pair making their first appearance together last November.

Last year, Frankie spoke about her new love with Closer magazine and said: ‘Yes, I’m in a relationship. We’ve been seeing each other for a few months, and I’m really happy. 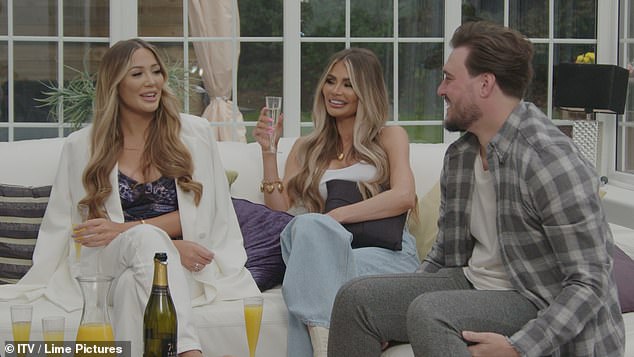 Coming up: Frankie (pictured with Chloe and Charlie Sims) is set to make an appearance in TOWIE on Sunday to reminisce about her time on the show

‘He treats me well and is very, very, supportive in every way, we’re good together.’

She also shared a sweet message about him on his birthday on social media.

She wrote: ‘Follow your heart and the magic will too ✨ wishing my darling the happiest birthday today you have been my absolute rock since the day we met…!

‘Your one in a million and I can’t wait to spend another year with you laughing at our own jokes and keeping eachother sane happy 29th + 1th baby I love you [sic]’. 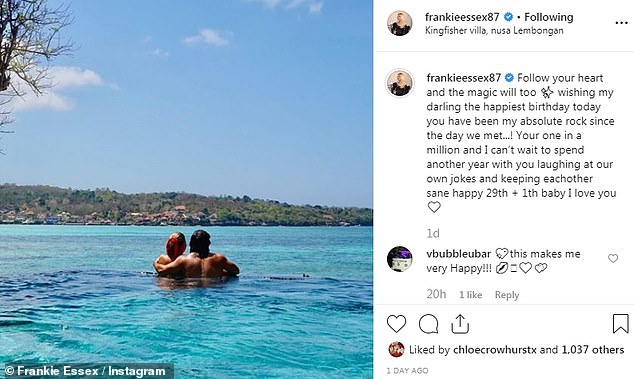