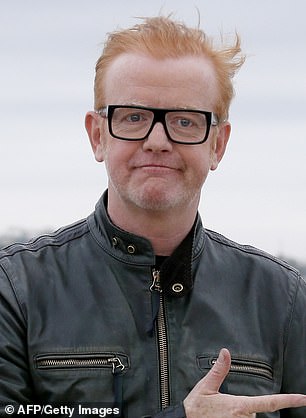 He was the red-haired rebel brought in to rev up Top Gear ’s viewing figures after veteran host Jeremy Clarkson was sacked for hitting a producer.

But Chris Evans, pictured, didn’t even make the top ten in a vote on the BBC show’s best-ever presenters.

Instead, Clarkson, 59, topped a Radio Times poll of almost 5,000 viewers and secured nearly three quarters of the vote.

His co-stars on Amazon Prime’s The Grand Tour, James May and Richard Hammond, came second and third respectively.

Virgin radio host Chris Evans, who followed in Clarkson’s footsteps presenting alongside Matt Le Blanc and Chris Harris for just one series before throwing in the towel, didn’t even make the top ten.

Evans – who followed in Clarkson’s footsteps for just one series before throwing in the towel in 2016 – failed to chart.

Clarkson was fired by the BBC for punching a Top Gear producer in 2015. 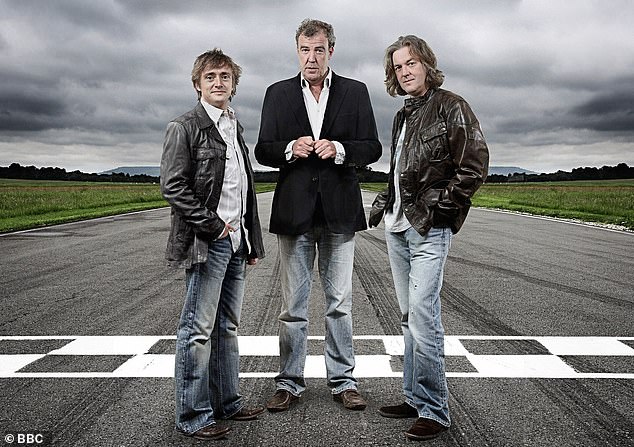 Clarkson, 59 (pictured with Richard Hammond and James May), topped a Radio Times poll of almost 5,000 viewers and secured nearly three quarters of the vote

Clarkson told RadioTimes.com: ‘I’m overwhelmed, this is literally the 27th thing I’ve won, and it’s always special, but this is a particularly special moment.

‘I fear I may have won it by one vote, and that one vote was mine. Presumably Frank Page [contributor and presenter on Top Gear between 1980 and 1989] was second? I thought he would win it, frankly, that’s why I voted for myself, because I was worried about Frank.

‘Him or Chris Goffey… or Angela Rippon… or Noel Edmonds… You should run Best Grand Tour Presenter next and see who gets that.’

Editorial director of RadioTimes.com Tim Glanfield said: ‘He’s certainly a divisive character, but when it comes to one show there seems to be little doubt in the minds of the British public – Top Gear means Clarkson.

‘It’s perhaps unsurprising that the three men who made the show a global hit won this particular race – but the sheer distance by which Mr Clarkson took pole position solidifies his place as the star in a car, reasonably priced or otherwise.’