She rose to fame as the glamorous waitress on Channel 4’s First Dates.

And it seems that working in one of Britain’s most famous restaurants doesn’t stop Cici Coleman from maintaining an enviable physique.

The star, 34, – who now offers fitness advice and classes online – showed off her trim and toned body in a new Instagram snap on Friday. 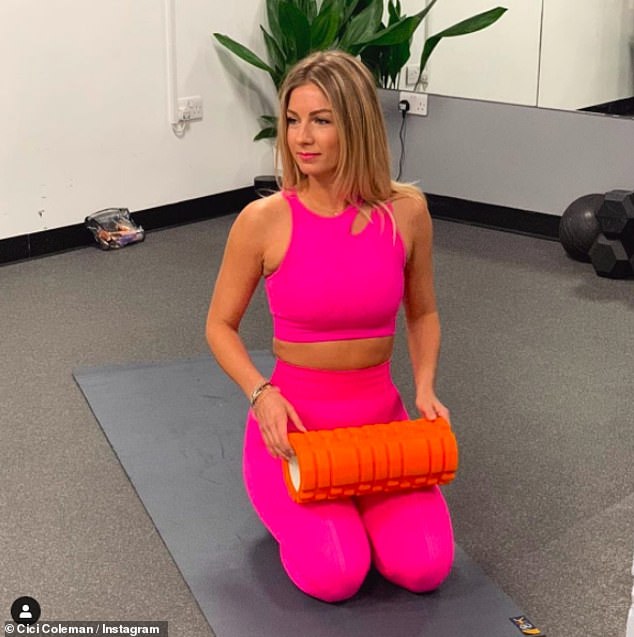 Working up a sweat: First Dates waitress Cici Coleman flashed a hint of her toned abs in a bright pink sports bra and leggings for a workout on Friday

The blonde beauty flashed a hint of her taught abs in a matching bright pink sports bra and leggings as she shared with fans details of the exercise classes she offers.

Posing up a storm for the camera, she wore her blonde tresses in loose waves over her shoulder and showed off her bronzed glow.

Despite having just completed a workout, Cici still managed to look glamorous with a slick of pink lipstick.

Cici’s post comes after she announced she was in a relationship during an interview on FUBAR Radio Access All Areas show at the end of last year – after previously being blocked from dating app Hinge. 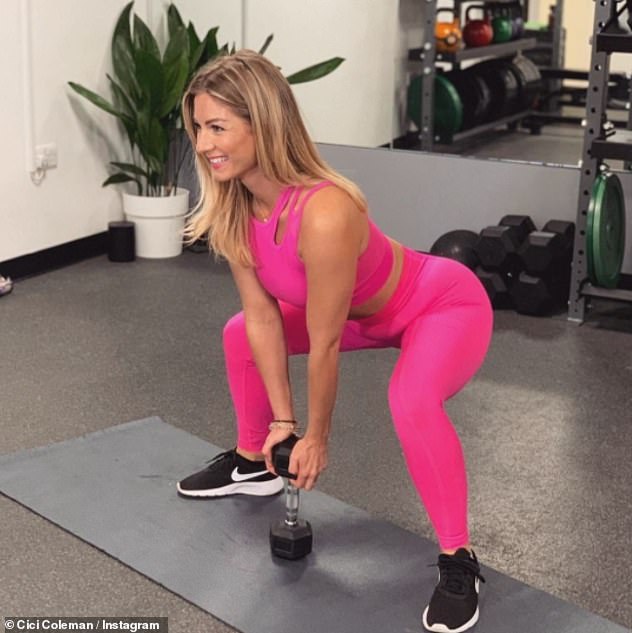 Let’s get physical: Blonde beauty Cici often shares pictures to her Instagram account of her working out

‘They gave me another chance, they reinstated my membership,’ she said.

When quizzed on whether it worked out for her, she revealed: ‘It did actually. That’s all I’m going to say.’

Fans will be pleased to hear that the popular waitress has found love again as her relationship status has always been of interest, with many hoping that she’d pair up with co-star Sam Conrad. 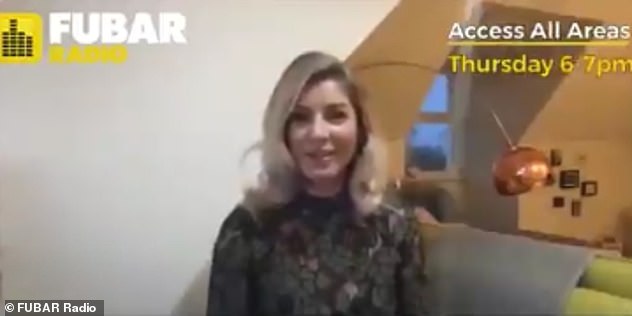 Opening up: Cici’s post comes after she announced she was in a relationship during an interview on FUBAR Radio Access All Areas show – after previously being blocked from dating app Hinge 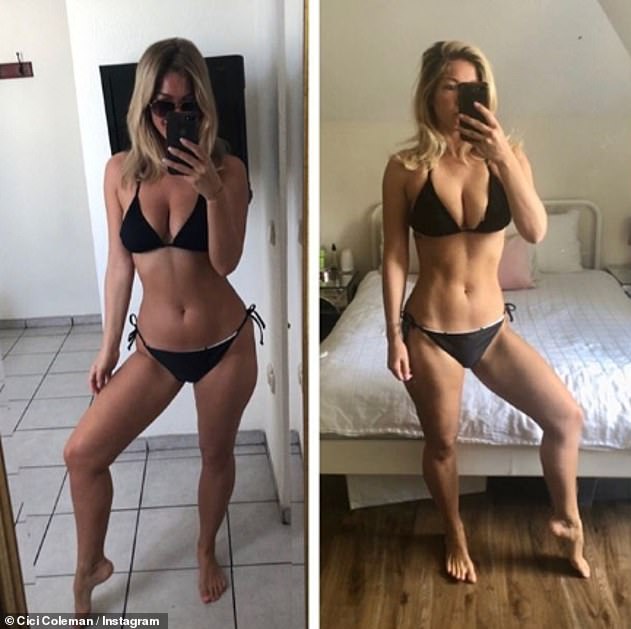 Confession: Cici has previously admitted she has struggled with her mental health while posting before and after picture of herself on Instagram

Last May Cici admitted she has previously struggled with her mental health in a lengthy caption posted alongside before and after picture of herself on Instagram.

The pictures were taken four months apart and Cici said she had been taken up yoga but had been telling her friends that she couldn’t see a difference to her body.

She wrote: ‘These pictures are taken 4 months apart. The one of the left I remember looking at and feeling good about the fact that I’d lost 2lbs.

‘Now when I look at it, I remember what a bad headspace I was in and how stressed I was. I wasn’t eating enough and was just trying to get through the day without crying.

‘I then had a word with myself, and started listening to lots of Oprah podcasts, I was meditating and got on top of my yoga practice.

‘Then pow, that little ***t called lockdown presented itself. It really poked at my mental state and seemed to test all the things I’d been working so hard on.’ 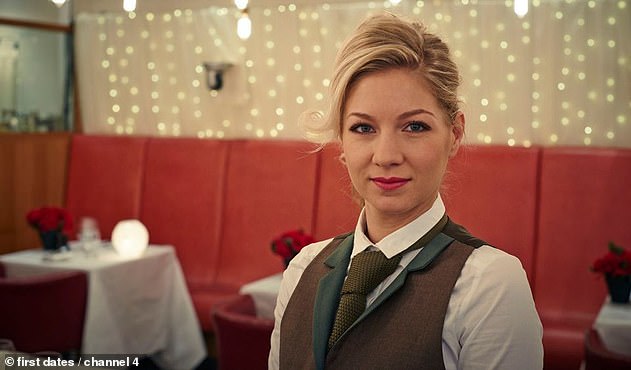 Familiar face: Cici is best known for being one of the waitresses on dating show First Dates