Ferne McCann has shared she’s in a new relationship with a mystery man.

The First Time Mum star, 29, admitted she wants to keep her budding romance ‘private’, two years after splitting from Arthur Collins – the father of her daughter Sunday, two, who is serving 20 years for throwing acid over 22 people in April 2017.

In a recent interview, the media personality – who enjoyed a brief fling with Love Island’s Jordan Hames in September – revealed while she’s enjoying his company, she won’t be spending Christmas with him. 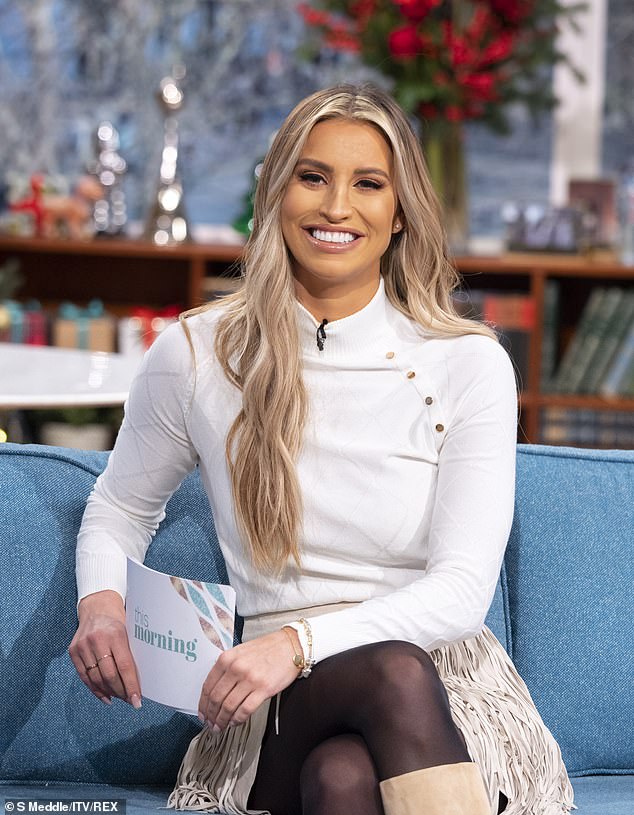 ‘It’s still very much in the background and that’s the way I’d like to keep it.’: Ferne McCann has shared she’s in a new relationship with a mystery man (pictured earlier this month)

The former TOWIE star teased her new relationship: ‘There is someone new. It’s still very much in the background and that’s the way I’d like to keep it.’

On keeping her man out of the spotlight, Ferne added: ‘I want to enjoy it privately and see where it goes, because I feel like whenever I started to see someone in the past, I’ve said, “I’m seeing someone, it’s going great”, then it fizzles out.

‘So I’m enjoying dating but I won’t be spending Christmas with him. I’ll be with my friends and family.’

The mother-of-one also said she’s excited to get married and have more children in the future, but admitted it’s ‘too soon’ to consider taking those steps with her new boyfriend. 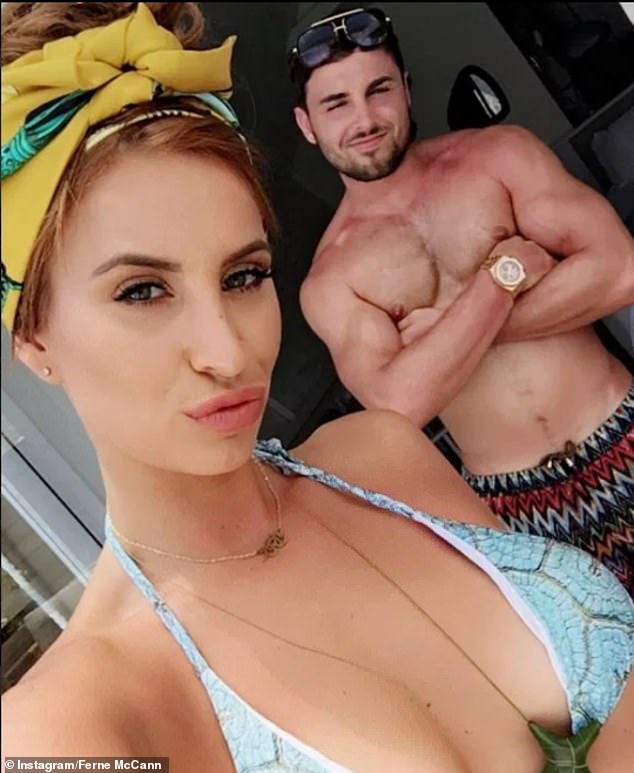 Ex: The First Time Mum star, 29, hasn’t been in a serious relationship since splitting from Arthur Collins – who is serving 20 years for throwing acid over 22 people in 2017 (pictured in 2016) 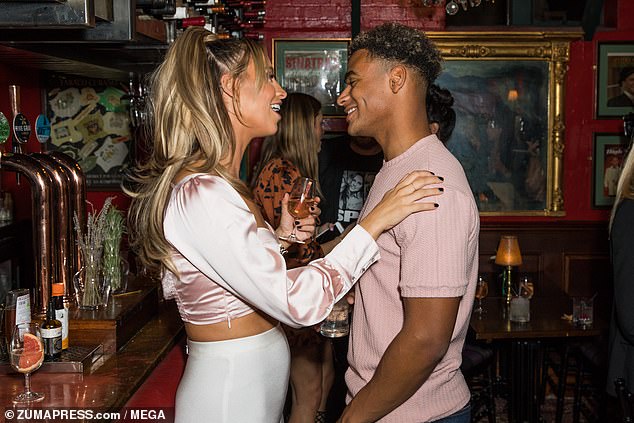 She first rose to prominence during her stint on ITVBe’s The Only Way Is Essex, which documented her rocky romance with Chloe Sims’ younger brother Charlie Sims.

Ferne dated Charlie, 27 – who is now engaged to his long-term girlfriend Georgia Shults – from 2009 until 2015, before embarking on a relationship with scaffolder Arthur in June 2016.

The blonde appeared on E4’s Celebs Go Dating after pair split in late 2016, but the on-off couple later rekindled their romance in March 2017, during the time she fell pregnant with Sunday. 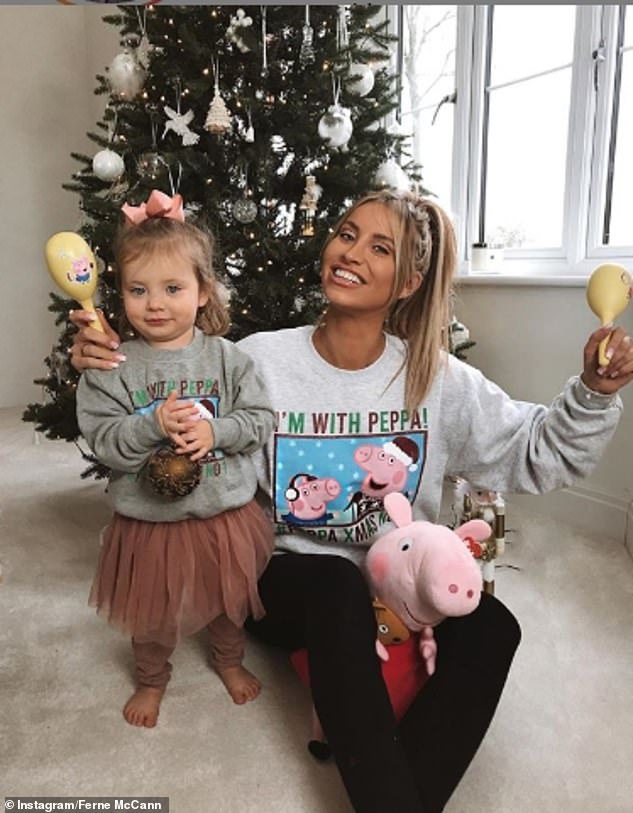 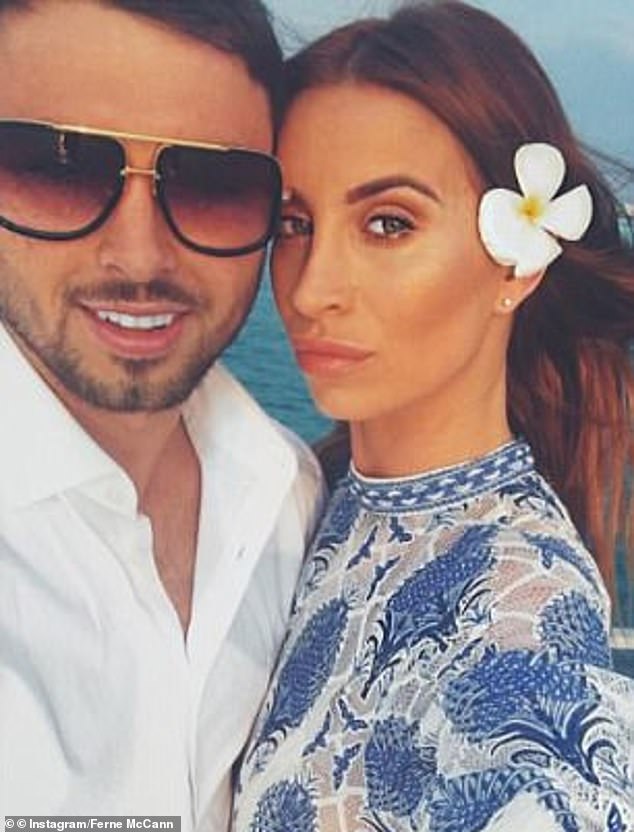 Split: She was in an on-off relationship with scaffolder Arthur from June 2016 until April 2017

A month later, Arthur was found guilty of five counts of grievous bodily harm and nine of actual bodily harm for the nightclub acid attack, and was jailed for 20 years.

Since splitting from the convicted criminal, her love life has been relatively quiet, enjoying short-lived flings with model Jordan, 24, and Love Island 2018 contestant Charlie Brake.

It comes as no surprise that Ferne is happy in her new relationship, after revealing she is ready to find love and hadn’t had sex in almost two years as of February earlier this year. 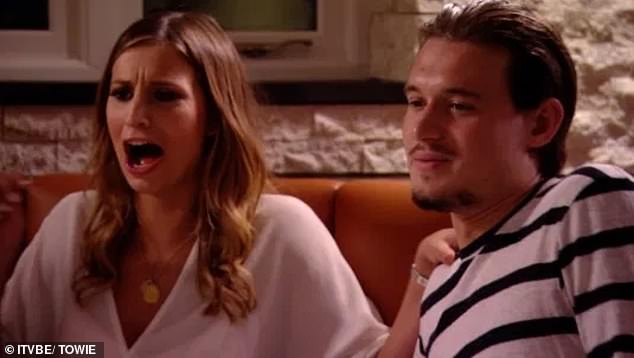 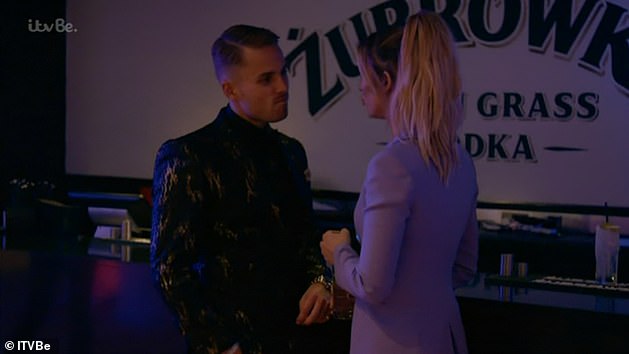 Fling: Since splitting from the criminal, Ferne’s love life has been relatively quiet, but enjoyed short-lived fling with model Jordan, 24, as well as Love Island’s Charlie Brake (pictured in 2018)

The TV star said during an episode of First Time Mum: ‘I would love to find true love it’s one of the best feelings when you’re in love with someone and the feeling’s mutual.

‘It’s coming up to two years, I’m basically a born-again virgin. I need to clean away the old cobwebs!’ 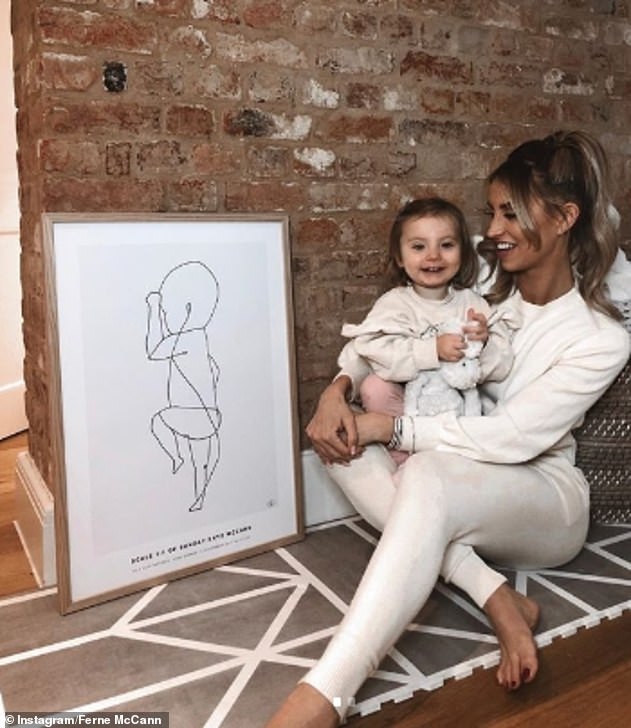 Desires: ‘I would love to find true love it’s one of the best feelings when you’re in love with someone’, she previously revealed (pictured with Sunday earlier this year)