Fern Britton paid a heartfelt tribute to the Queen and the nation’s longest-reigning monarch who sadly died aged 96 at her private royal residence at Balmoral on Thursday afternoon. As Britons mourn the loss of Her Majesty, the former This Morning presenter has urged King Charles III “to reconcile with his sons”, notably Prince Harry.

Charles has become King Charles III having ascended to the throne immediately on the death of his mother and Camilla is now Queen Consort.

Harry’s relationship with his father is reported to have been strained since the Sussexes’ stepped down from the Firm in 2020.

Meghan Markle and Harry’s subsequent bombshell interview with Oprah Winfrey, appeared to have added further tensions, during which the Duke claimed Charles had cut him off financially and had stopped taking his calls.

Fern has since addressed the father and son’s relationship following the news of the Queen’s passing. 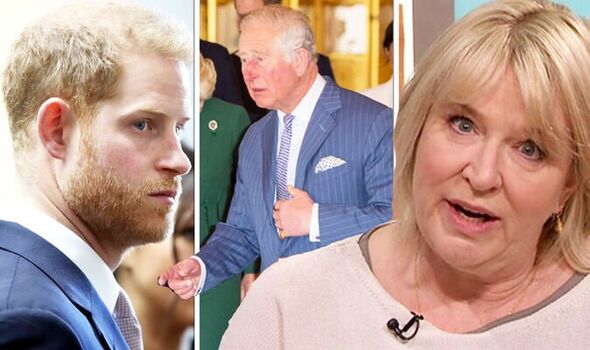 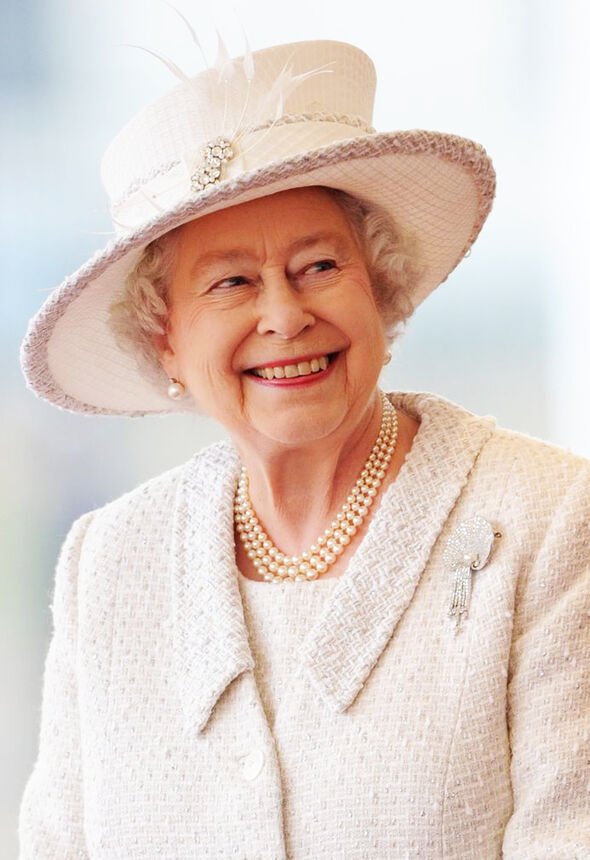 In view of her 119,000 followers, Fern penned: “I truly hope that some reconciliation between The king and his sons may now begin.

“They are a family between mourning and moving forward, but there is always time to reconnect. Now is the hour.”

Royal fans reacted to the post, as many people hoped the pair’s relationship would soon be back on track.

Twitter user, @joaniejones wrote: “They absolutely must, for this lady, [alongside a photo of the Queen].” 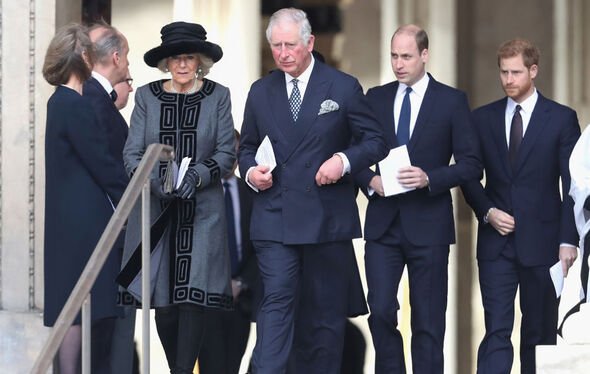 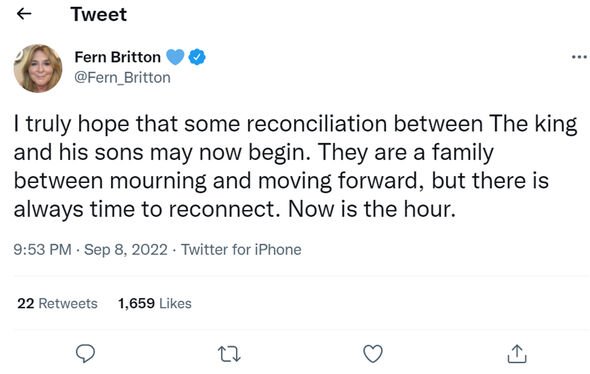 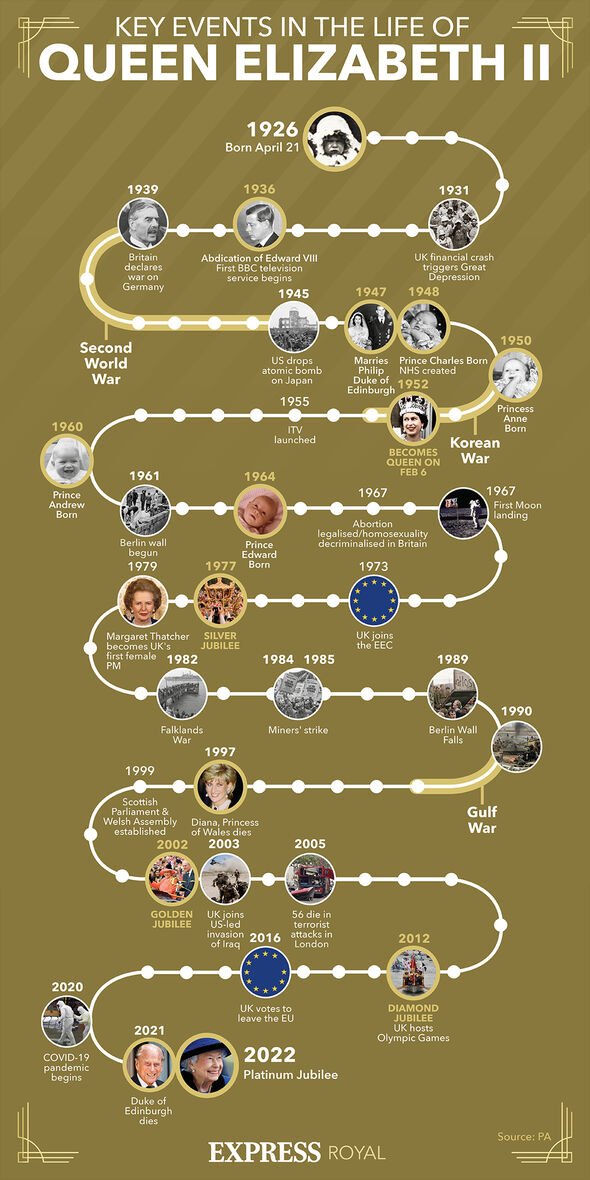 @lindaleitchman tweeted: “I think the Queen was the glue that helped to keep the family together as best she could. I’m not sure what will happen now she has gone.”

@Lesley Faith added: “I hope so too, Fern. William and Harry were together at Balmoral when they learned about their mother’s untimely death. I hope they can comfort each other and their father.”

In a follow-up tweet, Fern shared a link with a photo of a young Harry and his brother William stood together.

She penned: “Prince William as little boys. The sons of a King.”

Meanwhile, Prince Harry joined other members of his family who arrived earlier to be by the Queen’s bedside.

The Duke of Sussex was spotted being driven in a convoy of cars heading through the castle gates and reportedly came to Balmoral without his wife, Meghan.

His brother, Prince William, the Duke of Cambridge, and his father, Prince Charles, soon to be King Charles III, were already at the private residence in the Scottish Highlands.

A spokesperson for the Duke and Duchess of Sussex previously said that the couple would travel to Balmoral Castle to be with the Queen following the announcement of her ill health.

Harry and Meghan’s Archewell website homepage has become a blacked-out landing page with the words: “In loving memory of Her Majesty Queen Elizabeth II 1926-2022.”

King Charles III led tributes to his mother last night after the death of the nation’s longest-reigning monarch.

In a written address, the new King – who takes the throne at 73 after being the longest heir apparent in British history – said: “The death of my beloved mother, Her Majesty the Queen, is a moment of the greatest sadness for me and all members of my family.

“We mourn profoundly the passing of a cherished sovereign and a much-loved mother. I know her loss will be deeply felt throughout the country, the realms and the Commonwealth, and by countless people around the world.

“During this period of mourning and change, my family and I will be comforted and sustained by our knowledge of the respect and deep affection in which the Queen was so widely held.”