Erika Jayne’s marriage to Tom Girardi, who is 32 years her senior, has been a hot topic since she joined the cast of The Real Housewives of Beverly Hills in 2015, but she isn’t bothered by the interest in their sex life.

“It doesn’t drive me crazy. I certainly understand,” the Bravo personality, 48, said on SiriusXM’s The Jenny McCarthy Show on Wednesday, April 29. “It’s so cliché — you know, the younger woman, the older, wealthy man.”

That said, Jayne admitted that the questions people ask her about the attorney, 80, have gotten old over time.

“I do find it a little interesting that it is continued because it’s a 20-year-old story for me and not for others,” she explained. “It’s one of those things.” 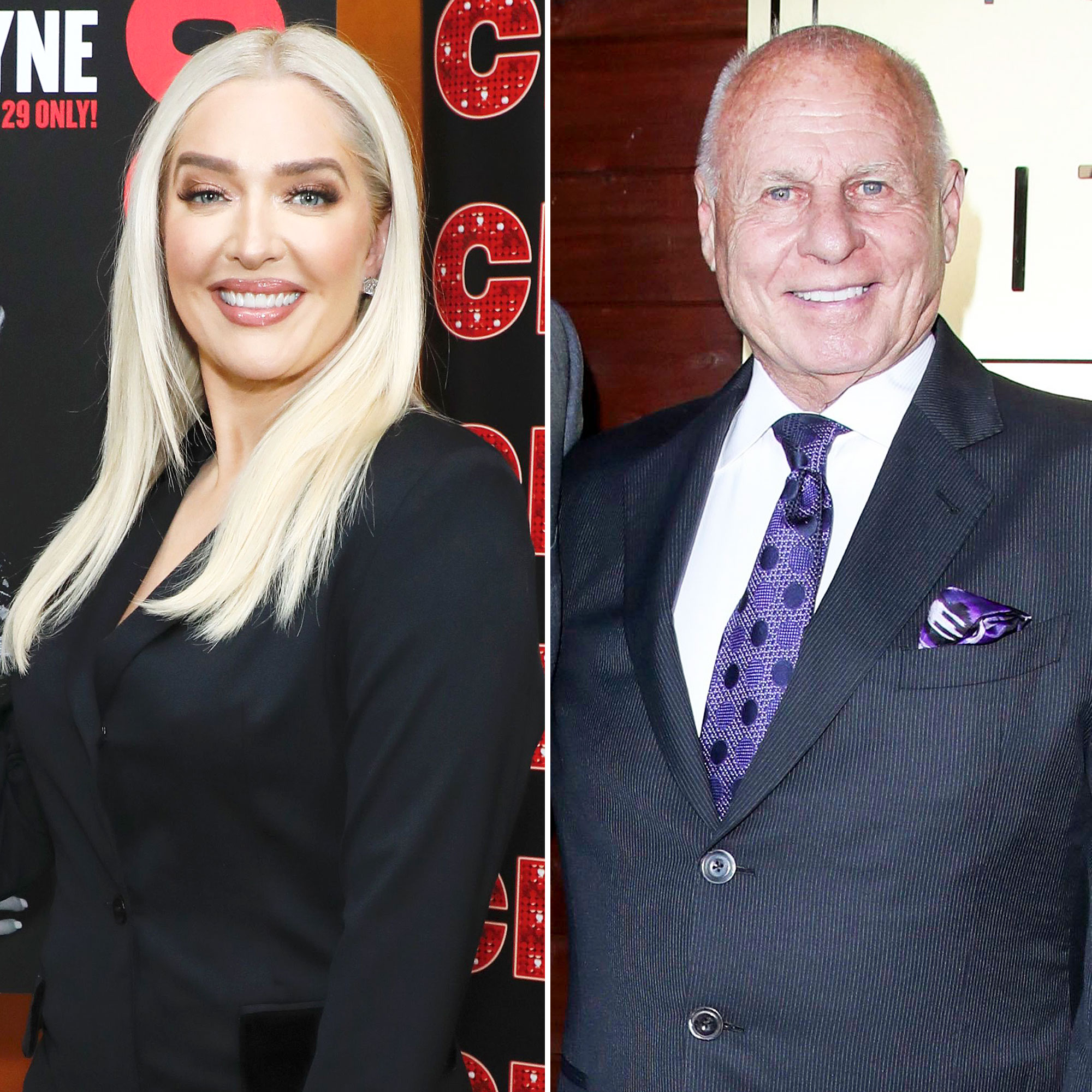 The “XXPEN$IVE” singer told Jenny McCarthy and Donnie Wahlberg that her marriage to Girardi has been stronger than ever amid the coronavirus quarantine.

“Tom and I spend a lot of time at the kitchen table chatting. I was gone for four months because I was in New York, doing [Chicago on] Broadway, and then the whole world kind of came to a screeching halt,” she said. “We go to bed early, which is I know kind of lame, but in the same time kind of nice. So it’s been fun.”

Jayne admitted that she and the Girardi & Keese cofounder “get on each other’s nerves” at times like all couples do, but they have not had any spats as of late.

The Pretty Mess author married Girardi in January 1999, three years after her marriage to Thomas Zizzo ended. She shares an adult son named Tommy with her ex-husband.

Jayne spoke candidly about her sex life on the April 22 episode of RHOBH, telling her costar Garcelle Beauvais, “It’s OK. You know, people always ask that. They’re always like, ‘What’s going on?’ Is it 20-year-old f–king all day long? No. … I’m tired of having to justify my 20-year marriage.”