Emily Ratajkowski continues to show off her impossible frame just months after welcoming her son Sylvester.

And the model, 30, put on quite the head-turning display as she stepped out in a slinky black dress with a mesh bodice ahead of a Tribeca Festival appearance in NYC.

She strutted to a waiting limo in a pair of strappy heels that accentuated her statuesque figure. 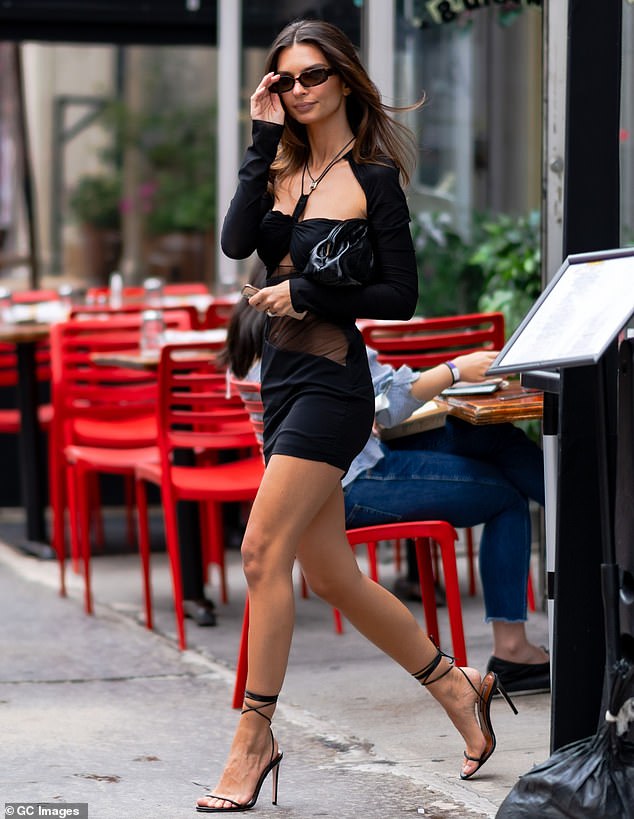 Head-turning: Emily Ratajkowski, 30, stepped out in a slinky black dress that exposed her midriff as she headed to an appearance at the Tribeca Festival

Emily’s halter-style dress played with proportions as it featured full coverage on the arms and a mesh piece that exposed her very toned midriff.

She was seen leaving her apartment in the all black ensemble which included heels that wrapped around her ankles and a black clutch purse.

The California native hid her face behind a pair of rectangular sunglasses and she opted for no jewelry except for her dazzling two-stoned engagement ring. 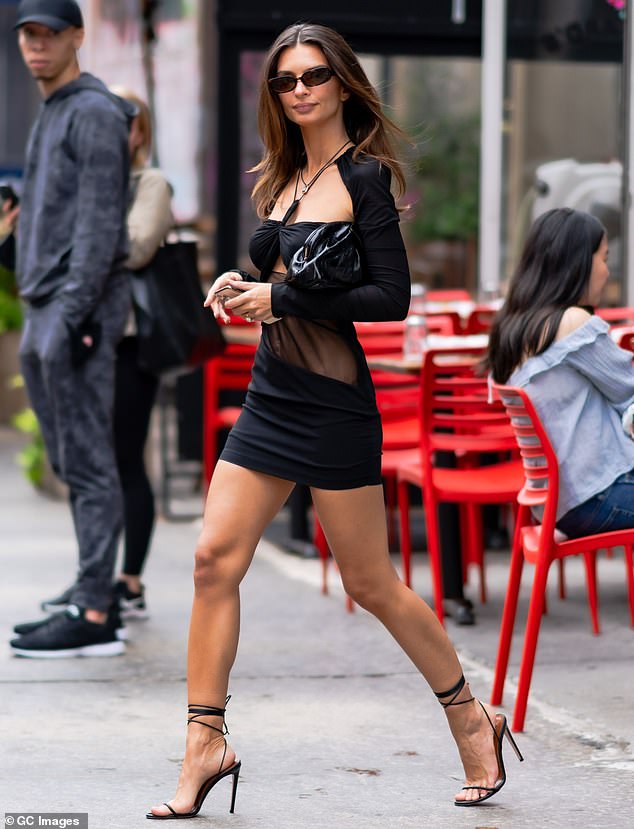 Leggy: She accentuated her incredible legs with a pair of heels that tied around her ankle as she strutted to a waiting limo 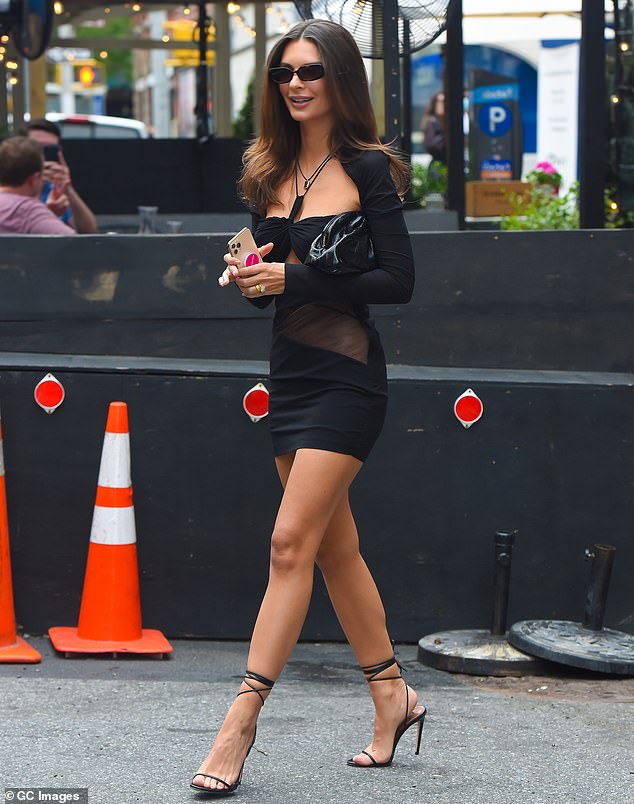 Red carpet: The model posed for some photos on the red carpet as she showed off her toned midriff in the skin-baring dress

Emily sported a fresh blowout and a full face of glam as she headed to join longtime pal Amy Schumer on stage for the event, which was held at Spring Studios.

Upon arriving she posed for some photos before she and the comedienne took the stage as part of the Storytellers series.

Emily got candid about motherhood, social media and politics and looked both poised and incredibly fashionable while doing so. 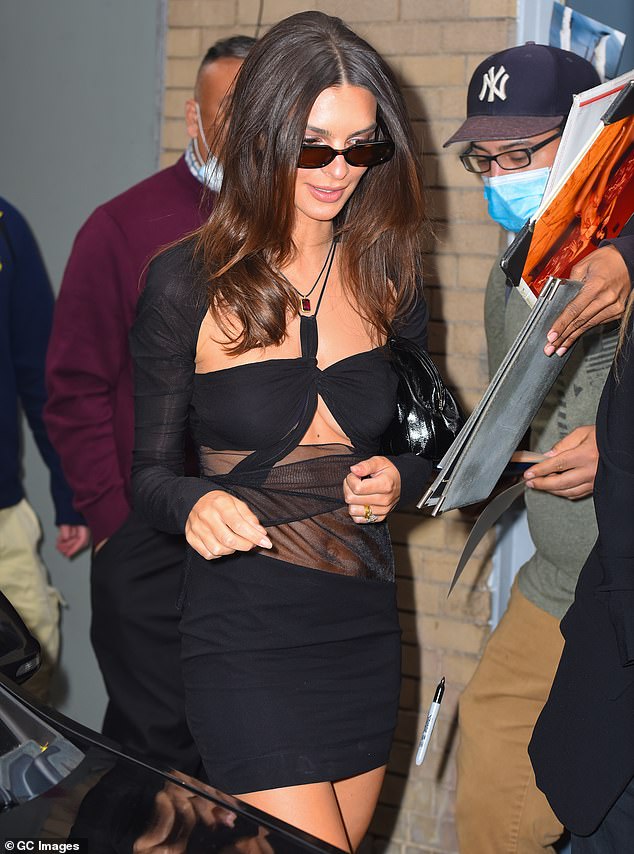 Causing a frenzy: Upon arriving the model was mobbed by adoring fans who asked for autographs 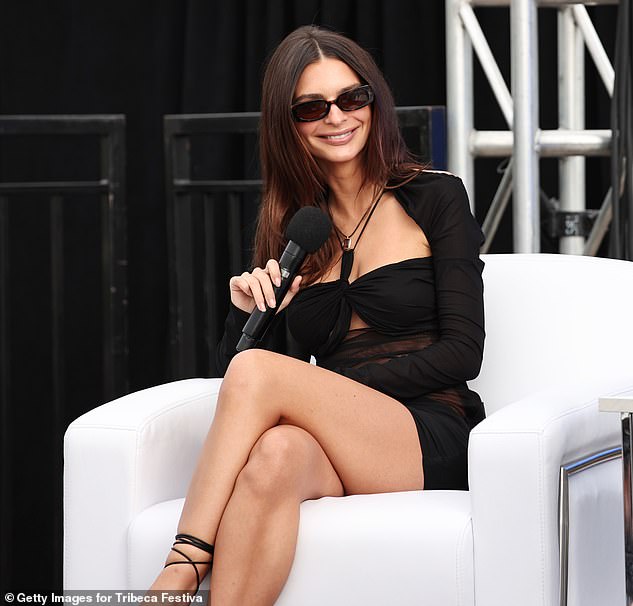 Storytellers: She joined Schumer at the event where she spoke about motherhood and social media among other things