Emily Ratajkowski appeared to be enjoying a quiet and peaceful outing in New York City on Sunday afternoon.

The gorgeous model, 31, was walking through the streets of Manhattan with a close friend.

Rumors have been circulating that the author ‘plans’ to separate and divorce from husband, Sebastian Bear-McClard, amid claims that he had cheated. 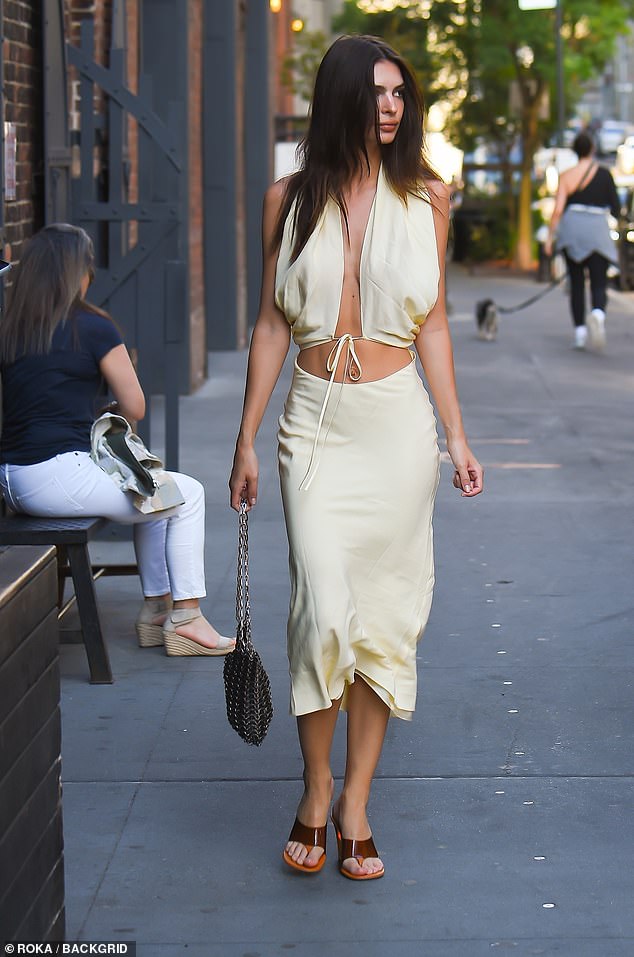 Glamorous: Emily Ratajkowski, 31, looked beautiful as she stepped out for an outing in NYC with a friend on Sunday afternoon

The mom of one donned a chic, summer look as she walked about in the hot weather.

She wore a cream-colored outfit , with the top being sleeveless and containing a cut-out in the middle. The top was held together and secured with string in the front.

Emily added a skirt of the same color and silk material that fell down past her knees. 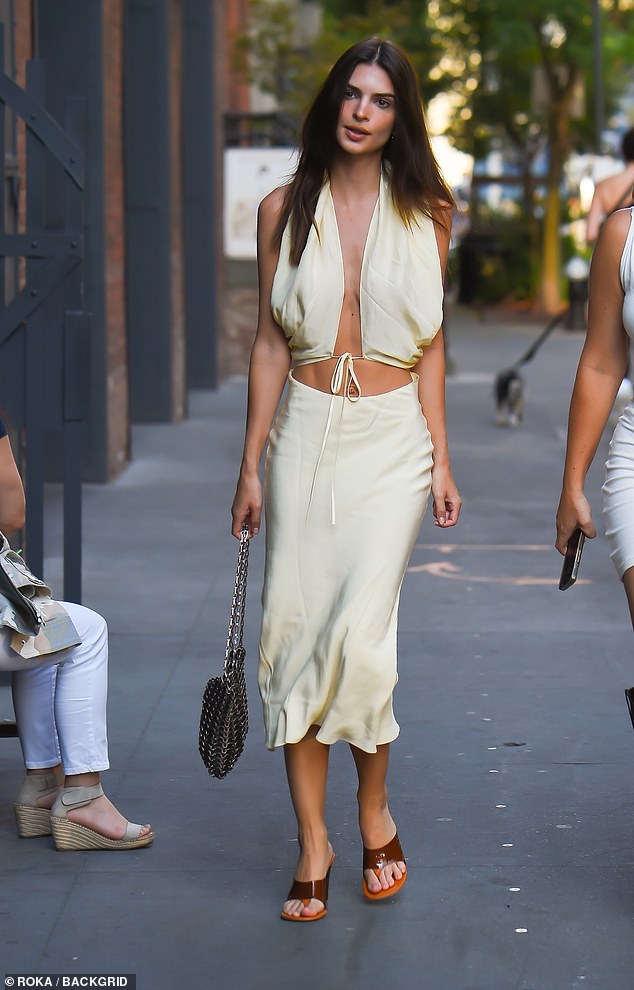 Sunday stroll: The actress and model enjoyed an afternoon outing amid her ‘plans’ to divorce her husband, Sebastian Bear-McClard amid rumors that he had cheated on her

The businesswoman slipped into a pair of brown, open-toed wedge heels to finish off her overall look.

To add an edgy vibe to her ensemble, the fashion influencer carried a gray-colored purse with a silver, chain strap.

Her brunette hair was combed straight and fell down naturally past her shoulders. In order to not take away from the uniqueness of her outfit, Emily opted to not wear any flashy jewelry. 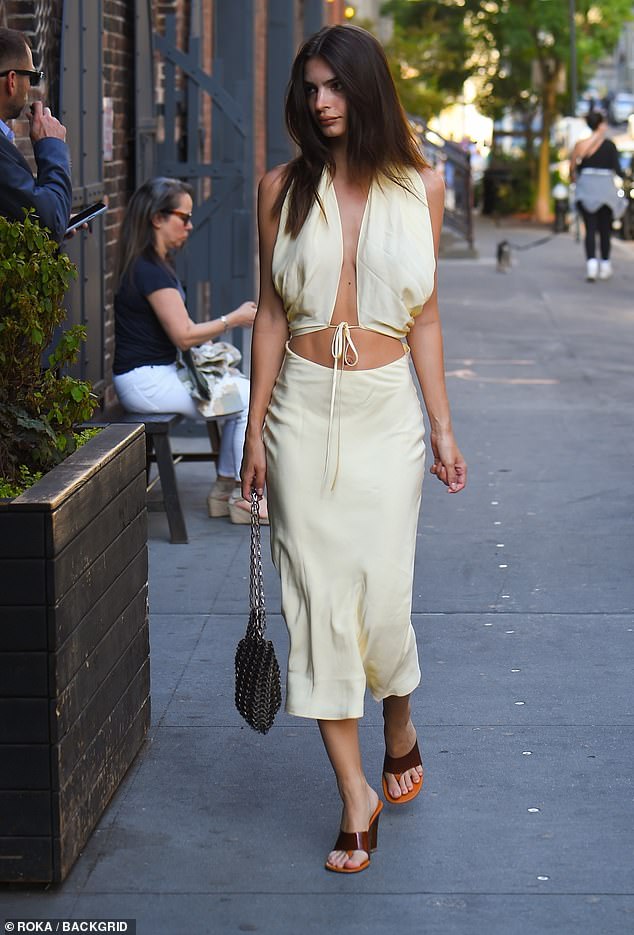 Staying positive: The beauty still makes public outings and is normally going about her daily life amid divorce rumors

Word was spread that Emily was planning on divorcing her husband when she stepped out with her eye-catching wedding ring nowhere in sight earlier this week.

A source opened up to Page Six, explaining that the actor did indeed cheat on the model.

‘Yeah, he cheated,’ the insider stated to the publication. ‘He’s a serial cheater. It’s gross. He’s a dog.’

The couple officially tied the knot in 2018 at a traditional courthouse wedding in New York City. A few years later in 2021, they welcomed their son, Sylvester Apollo Bear, to the world.

Emily and Sebastian were recently pictured together last month in June, soaking up the sun during a summer getaway to Porto Ercole, Italy.

However, Page Six also reported that a divorce hasn’t been officially filed by the Gone Girl actress. 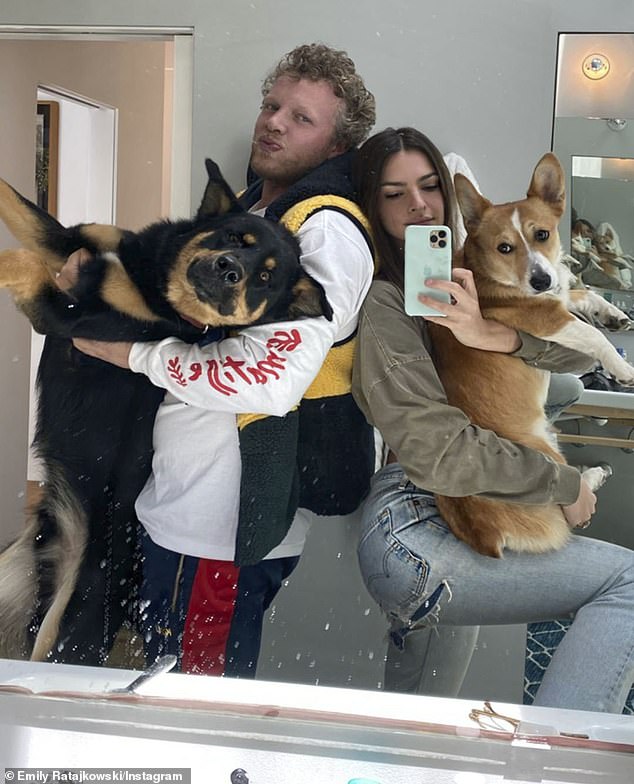 In the past: Emily and her husband, Sebastian, were pictured looking happy while each were holding a dog in their arms 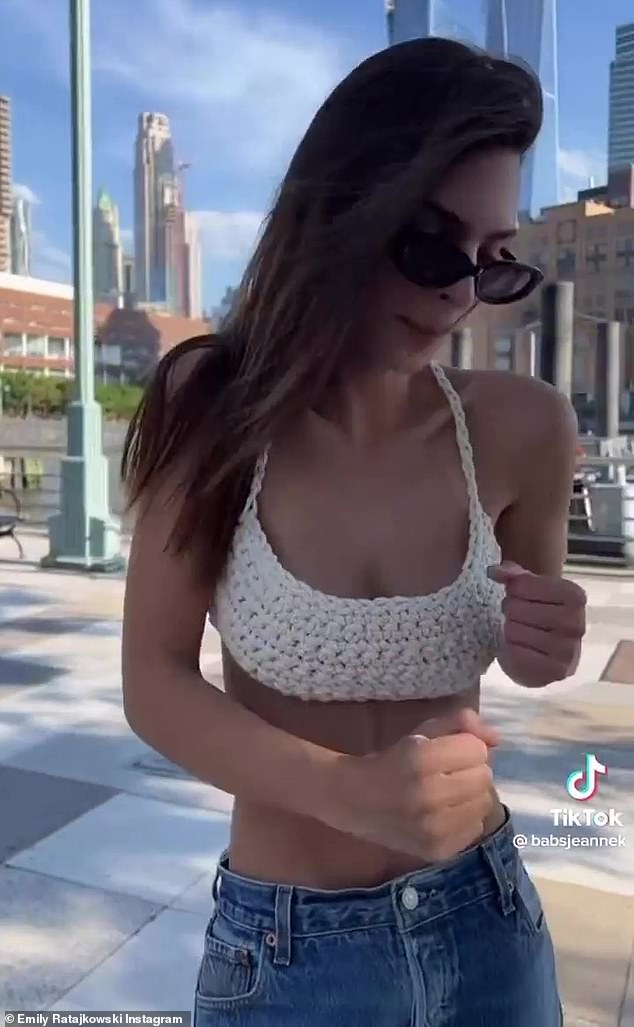 No ring: The New York Times Bestselling author recently shared a TikTok onto her Instagram, with no wedding on her finger 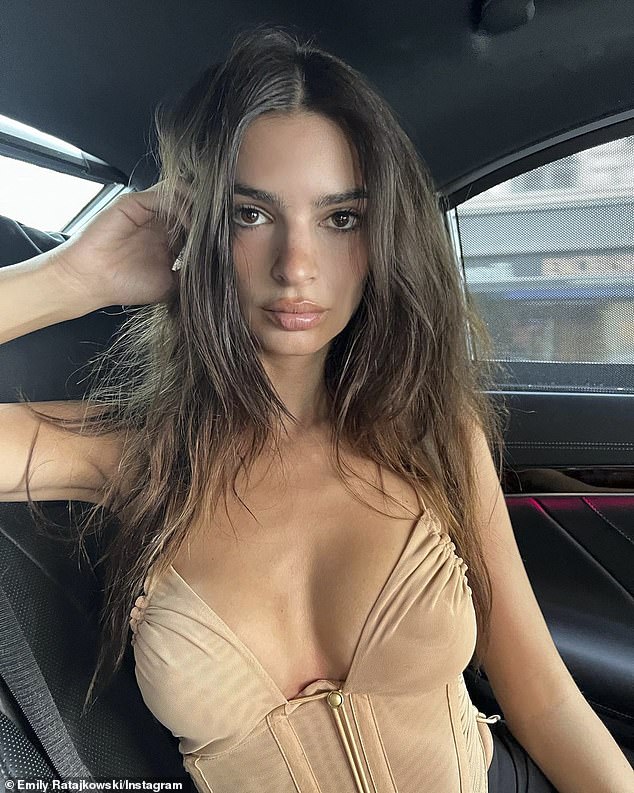 Affair rumors: A source informed Page Six that the reason for the divorce is due to rumors about the actor cheating

Amid the divorce and cheating rumors, the model still has her head held high and continues to live her day-today life like normal.

Emily has been focusing on her own brand, Inamorata, which sells a variety of items, such as swimwear, clothing, shoes, and accessories.

The brand was launched in 2017 and has developed into a successful business for the model.

Other celebrities have shown their support by wearing pieces from the brand, such as Bella Hadid and Hailey Bieber. 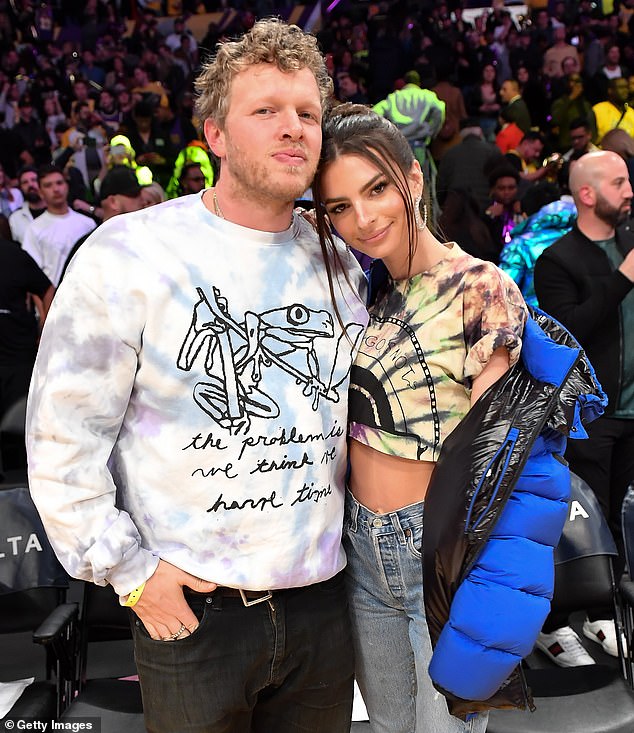 Tied the knot: The two got married in a courthouse wedding in New York City in 2018; the couple were pictured in 2020 attending a basketball game 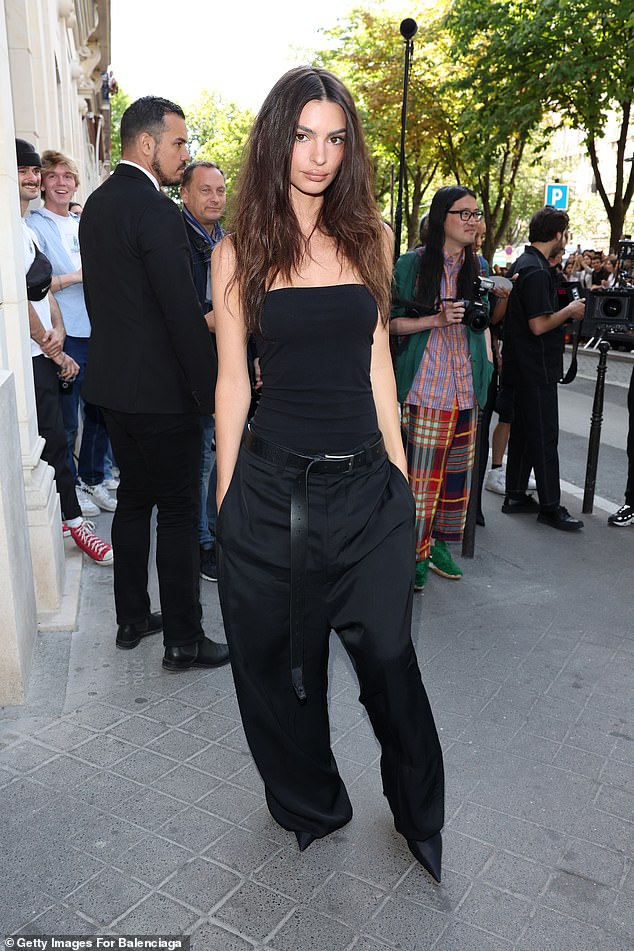 Staying strong: Emily was pictured decked out in a stunning all black outfit while attending the Balenciaga Fashion Show in Paris earlier in July