She has been posting a slew of envy-inducing snaps from her luxurious getaway to the Maldives these last few days.

But Emily Ratajkowski wanted all eyes on her behind rather than her idyllic surroundings on Tuesday.

The actress, 28, posed in a itty bitty bikini as she posed beside the Indian Ocean with a particularly blunt caption. 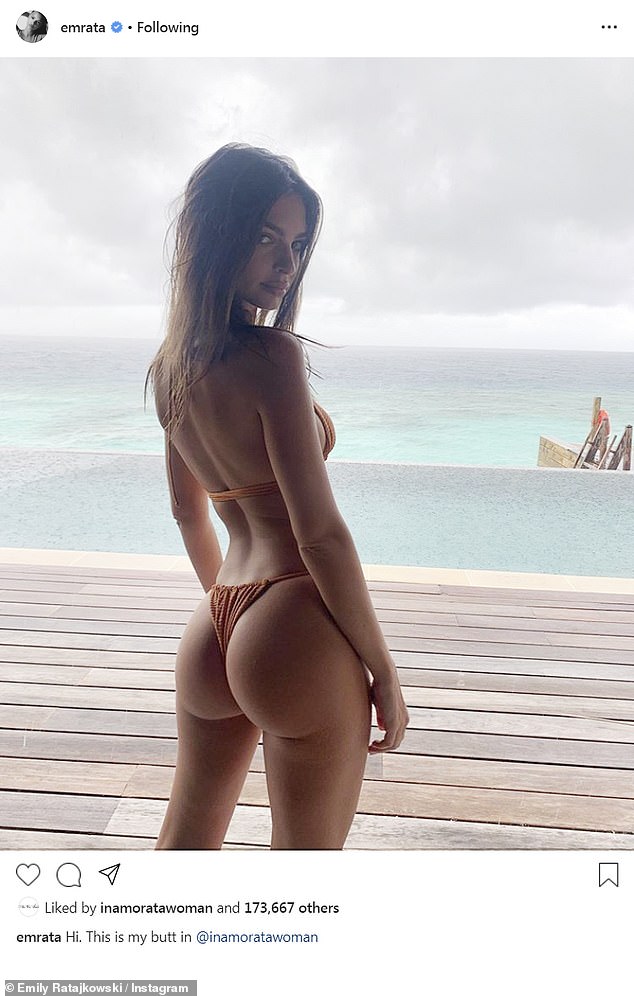 ‘This is my butt’: Emily Ratajkowski wanted all eyes on her behind rather than her idyllic surroundings during her trip to the Maldives on Tuesday

‘Hi,’ read the caption. ‘This is my butt in @inamoratawoman.’

In the photo, Emily gazed seductively towards the camera as she posed upon a deck overlooking the water.

She gave fans another view of the front of her bikini in a separate snap posted to Inamorata’s stories.

Emily placed her hand alongside her string bikini as she put her gym-honed body on display. 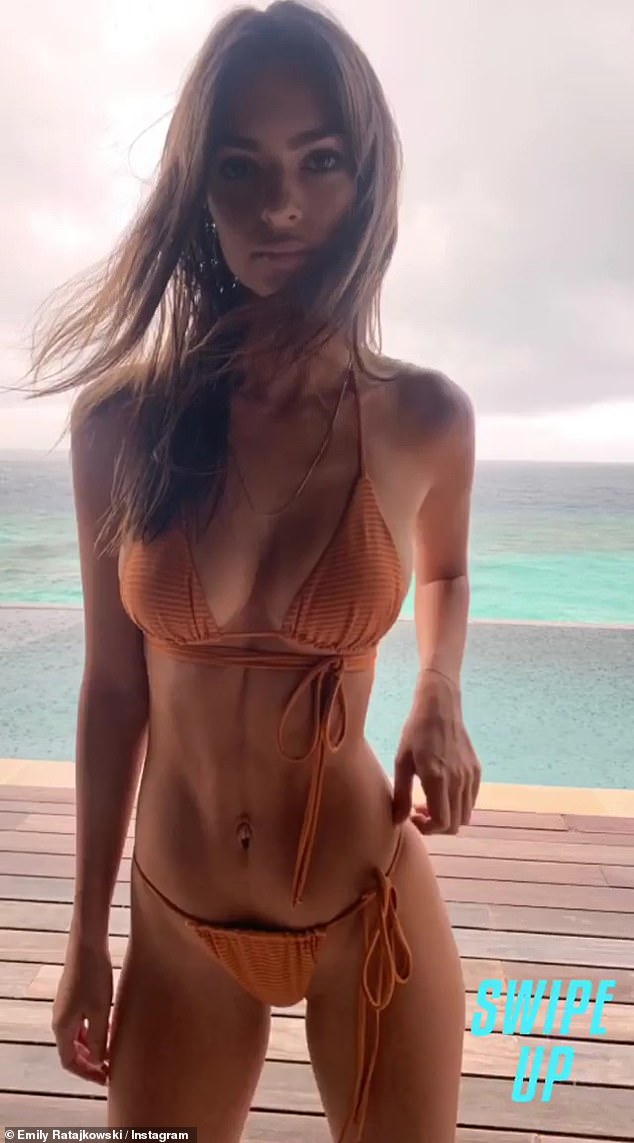 Soaking up the sun: Emily caught some rays wearing a bathing suit from her own line

The photos were just the latest to come out of Emily’s account as she chronicles her fabulous adventure to the Maldives with her husband, Sebastian Bear-McClard.

Emily has been practically living in her bathing suit these last few days.

Tuesday’s suit is from her clothing line, Inamorata, which she launched in 2017. 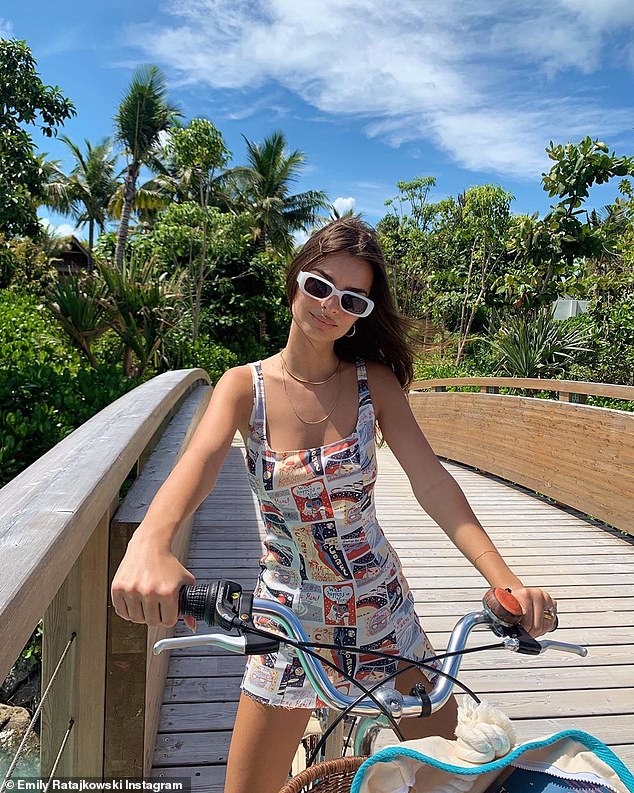 Ride or die: Ratajkowski enjoyed a bike ride through the lush resort 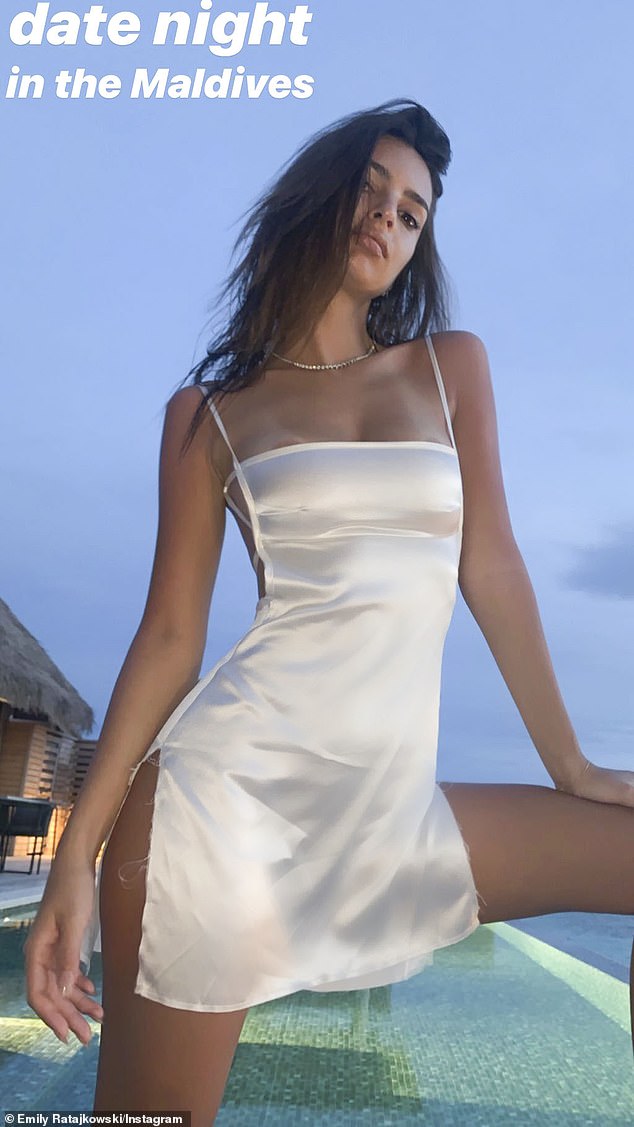 ‘It is self-funded. I have basically a consultant and an assistant and then it’s all me. It’s been really, really fun,’ she told Vogue back in 2017.

‘I’ve been doing different things with different people, but to have complete control is really special and exciting.’ 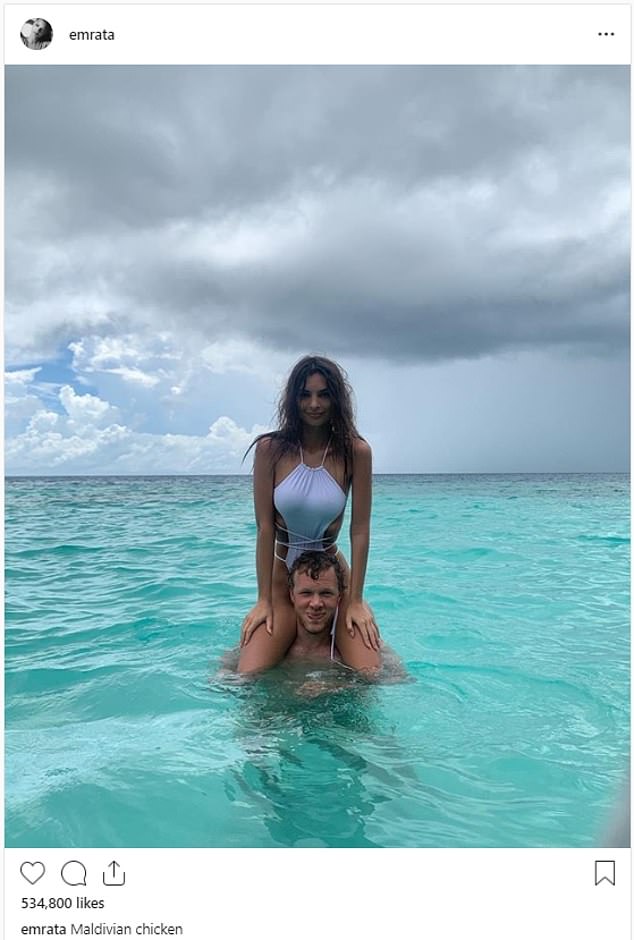 Love of her life: The actress has been enjoying the Maldives with her husband, Sebastian Bear-McClard