Emily Ratajkowski DEFENDS her ‘most controversial’ and ‘vulgar’ look from 2016: ‘I personally still stand behind it’

Emily Ratajkowski recently defended one of her most controversial dresses during an interview with Harper’s Bazaar.

The supermodel, 31, referenced back to a figure-hugging, black cutout dress she had donned back in 2016, stating that the ensemble was ‘the most controversial dress I’ve ever worn.’

The mother of one, who recently filed for divorce from her estranged husband, Sebastian Bear-McClard, further expressed that the dress ’caused this whole thing’ and ‘drama.’ 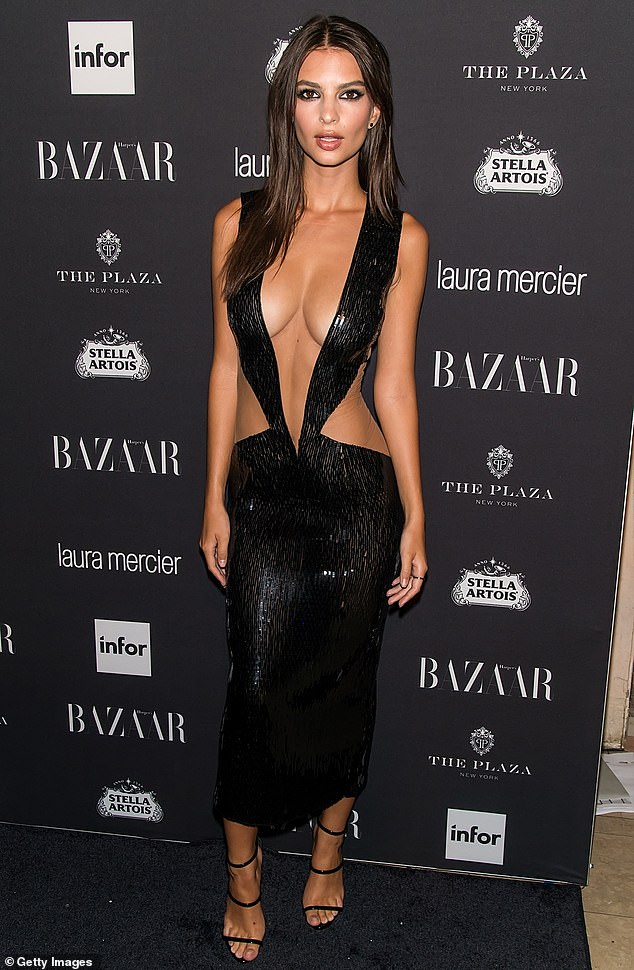 Controversial: Emily Ratajkowski, 31, recently defended her ‘most controversial’ dress during an interview with Harper’s Bazaar

During the video interview with the fashion outlet, Emily discussed a number of outfits that had caused some controversary. However, she admitted the 2016 plunging ensemble she wore to the Harper’s Bazaar Icons Party resulted in the most drama.

The dress, which was designed by Julien Macdonald, comprised of a low, plunging neckline and sheer cutouts on the side, covered by nude-colored material.

The shimmering dress fell down towards her ankles, and contained a high slit on the back, giving a glimpse of her toned legs.

At the time of initially wearing the revealing ensemble for the first time, the Gone Girl actress informed Harper’s Bazaar, ‘It’s actually very comfortable and simple, and I feel great.’ 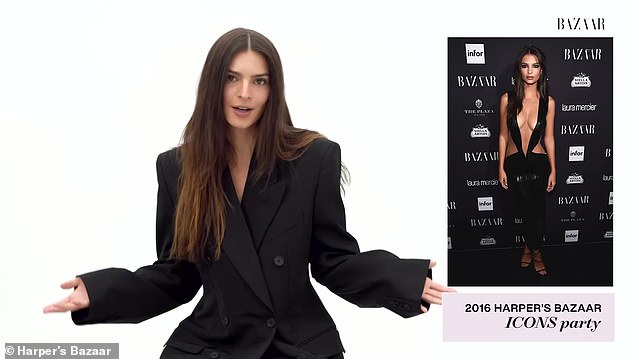 Defending: During the interview with the fashion outlet, the model expressed that she ‘had no idea what a scene this was caused’ 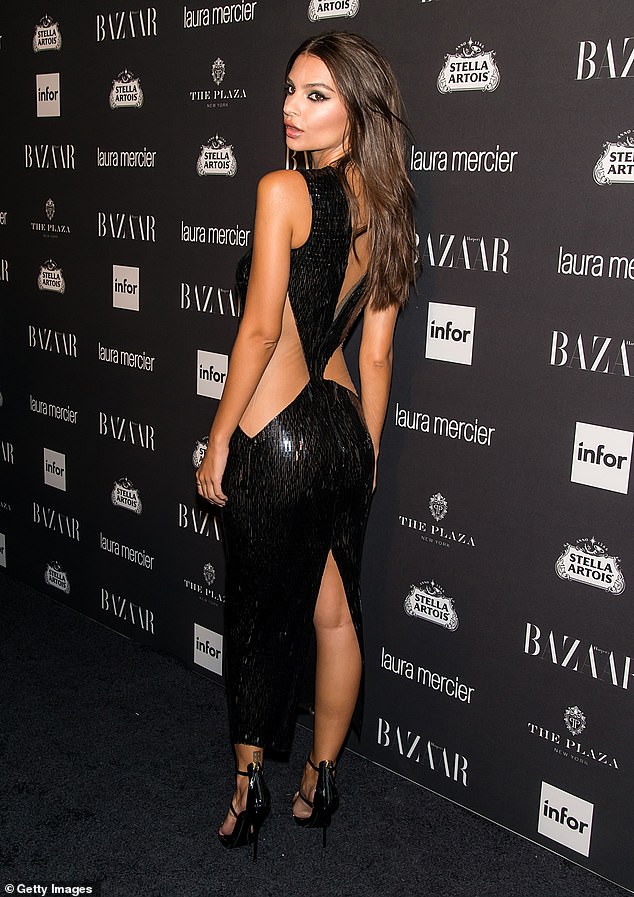 Revealing: Along with a very low, plunging neckline, the Julien Macdonald shimmering black gown also contained a high slit on the back

In her latest interview with the publication, she stated, ‘I had no idea what a scene this caused.’

‘I can remember somebody called it extremely vulgar,’ Emily recalled. ‘And, like it became this huge like controversary on the internet.’

The star then explained that being in her twenties at the time of wearing the dress, ‘I just like, hadn’t registered that it was so sexy because there is a panel in the middle, but it looks like there isn’t.’ 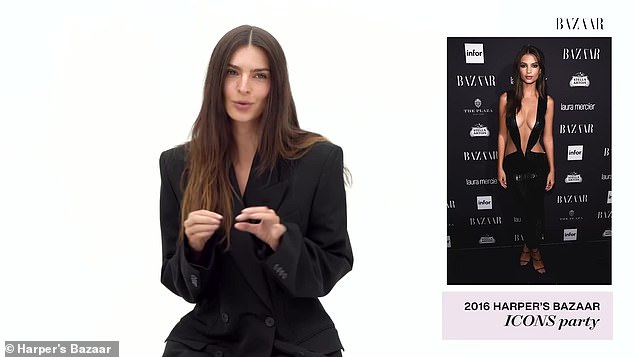 Explaining: Emily added that at the time, she didn’t feel like the dress was too sexy because ‘there is a panel in the middle, but it looks like there isn’t’

Standing behind the dress: Towards the end of her discussion about the gown, Emily added, ‘I still like that dress. I think I look great’ 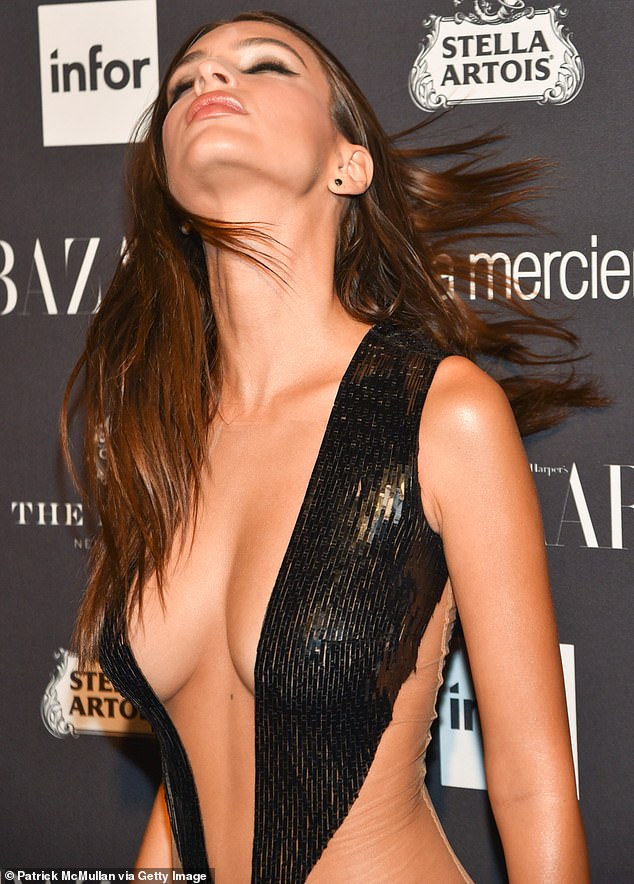 ‘Vulgar’: At the time of wearing the dress, the mother of one recalled that somebody had labeled the dress as ‘extremely vulgar’; seen at the 2016 Harper’s Bazaar Icons Party

Emily continued, ‘I basically called the person who said it was a vulgar dress, sexist, and there was drama.’

The former Nickelodeon star shut down accusations that she had worn the dress for ‘attention,’ adding she thought those comments were ‘interesting because you go to red carpets for attention, basically. Essentially it’s part of your job as a celebrity.’

Despite the controversary revolving around the ensemble, the star expressed, ‘I still like that dress. I think I look great,’ while quickly adding, ‘I personally still stand behind it.’

Along with defending her controversial gown, Emily also opened up to Harper’s Bazaar about her split from her estranged husband, Sebastian Bear-McClard.

‘I feel all the emotions,’ she admitted, breaking her silence after the separation and divorce filing. 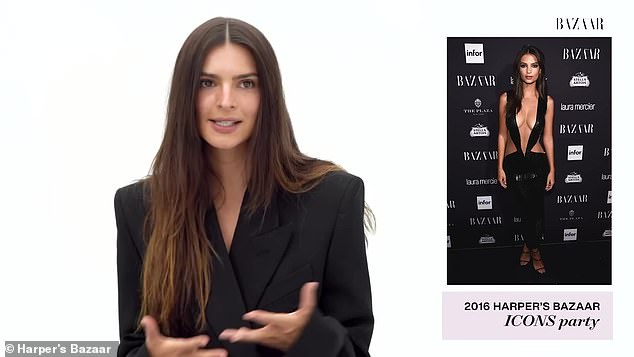 Other topics: Also talking to the fashion outlet, Emily broke her silence on her split and divorce filing from her estranged husband, Sebastian Bear-McClard 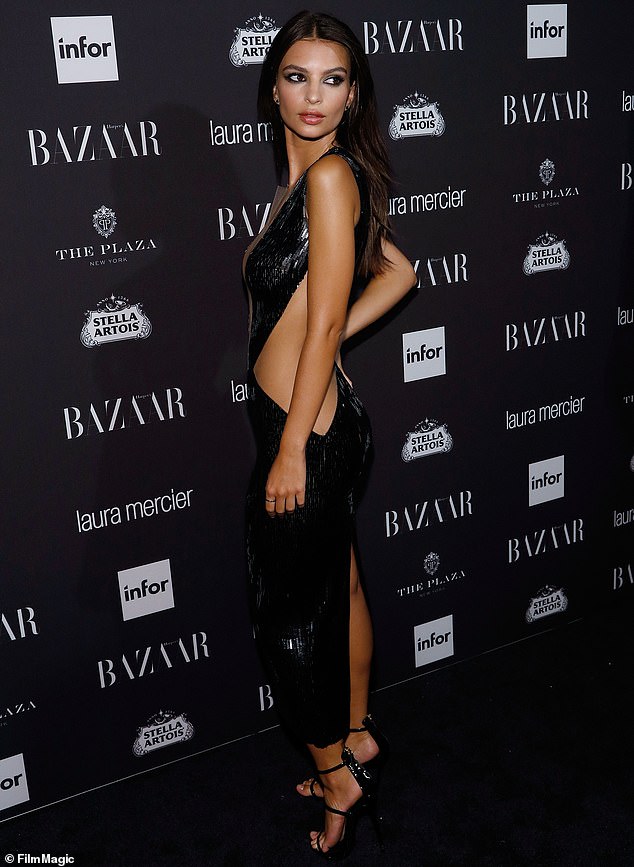 Feeling emotions: The star admitted that following her split from Sebastian, ‘I feel anger, sadness. I feel excitement. I feel joy. I feel levity…’

‘I feel anger, sadness. I feel excitement. I feel joy. I feel levity. Every day is different,’ the supermodel further admitted.

‘The only good thing I know is that I’m feeling all those things, which is nice because it makes me believe that I’ll be okay.’

Following her split, rumors had circulated on the internet and social media that Emily had been dating actor, Brad Pitt.

However, most recently, the star was spotted enjoying a romantic evening and sharing a passionate kiss in Manhattan with Orazio Rispo, a successful DJ and record shop owner. 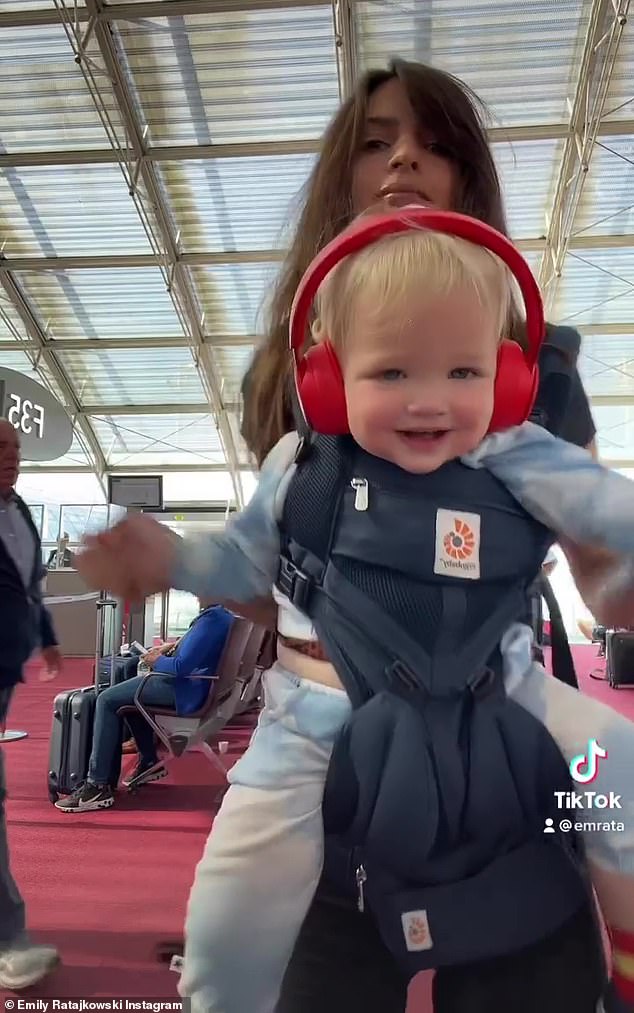 Family focus: Emily has been putting her main time and focus into raising her one-year-old son, Sylvester, whom she shares with ex, Sebastian