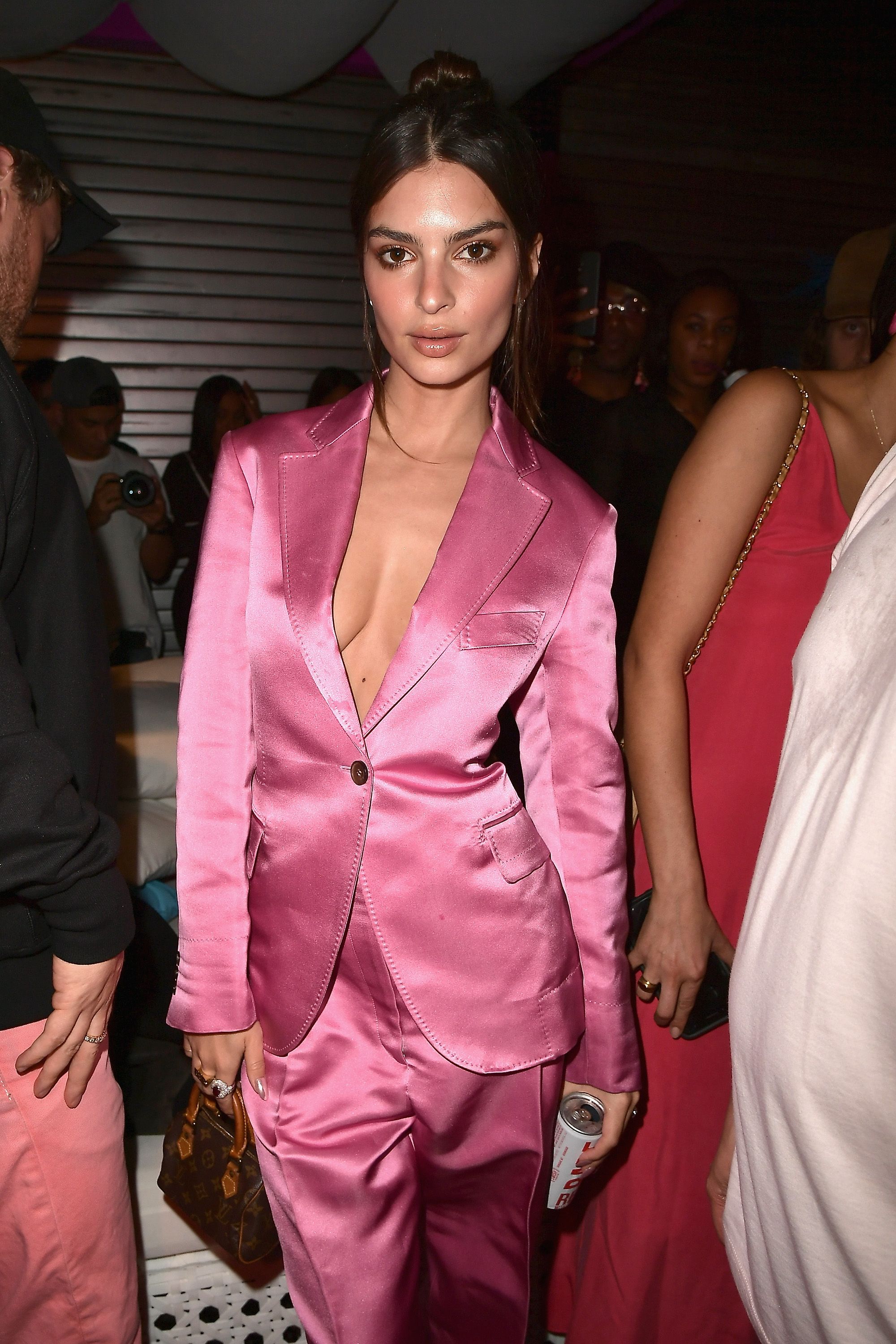 Emily Ratajkowski celebrated her first wedding anniversary with husband Sebastian Bear-McClard in the most EmRata way possible—by posting a naked selfie on Instagram.

Ratajkowski and Bear-McClard announced their marriage on February 23, 2018. The model and actress shared several wedding photos on Instagram at the time, taken at their intimate courthouse wedding in New York, announcing the news to fans.

Now, Ratajkowski is celebrating her first year of marriage. Posting a topless selfie—along with the simple caption “one year ✨”—Ratajkowski showed off her incredible jewelry while completely naked:

Ratajkowski also shared some adorable, never-before-seen wedding snaps on Instagram, giving fans an inside look at the couple’s chic wedding ceremony. The Gone Girl actress wrote, “One year ago today, we headed down to city hall with some of our closest friends. What a year it’s been. Marrying you has been one of the greatest joys of my life. Happy year ☝️!”:

One year ago today, we headed down to city hall with some of our closest friends. What a year it’s been. Marrying you has been one of the greatest joys of my life. Happy year ☝️!

Ratajkowski and Bear-McClard’s wedding was attended by a small number of close friends. Rather than wearing white, Ratajkowski opted for a striking mustard suit from Zara, looking effortlessly chic, as always:

Speaking to Marie Claire in May 2018, Ratajkowski discussed critics of her marriage saying, “No one can take women seriously on any choices that they make, especially if they’re unique to them and they don’t play into the way we think women should get married. It’s a constant writing-off.”