‘Happy f***ing Valentine’s Day!’ Single Emily Atack poses in stockings as she rings in the romantic occasion by sharing a sexy throwback image

She recently admitted she has her FHM plaques on my wall as she declared she’s ‘proud’ of her lads’ mags past.

And Emily Atack put her own spin on Valentine’s Day as the single actress uploaded a sexy image from a 2014 shoot and wished her followers a ‘happy f***ng Valentine’s Day’ on Sunday.

The Inbetweeners star, 33, who split from her model beau Charlie Edwards in January, turned up the heat as she drank straight from a milk carton while standing in a kitchen.

The comedian put on a leggy display as she styled a semi-sheer jumper with stockings in the post.

With her tresses worn in loose curls, the TV star complemented her beauty with matte foundation and a smokey eyeshadow look.

The media personality has been embracing the single life weeks after calling it quits from her boyfriend.

The Celebrity Juice panellist is said to have broke up with the hunk, who is nine years her junior, after her hectic work schedule and strict Covid-19 rules made it difficult for them to see each other.

Racy: Emily Atack put her own spin on Valentine’s Day as the single actress uploaded a sexy image from a 2014 FHM shoot on Sunday 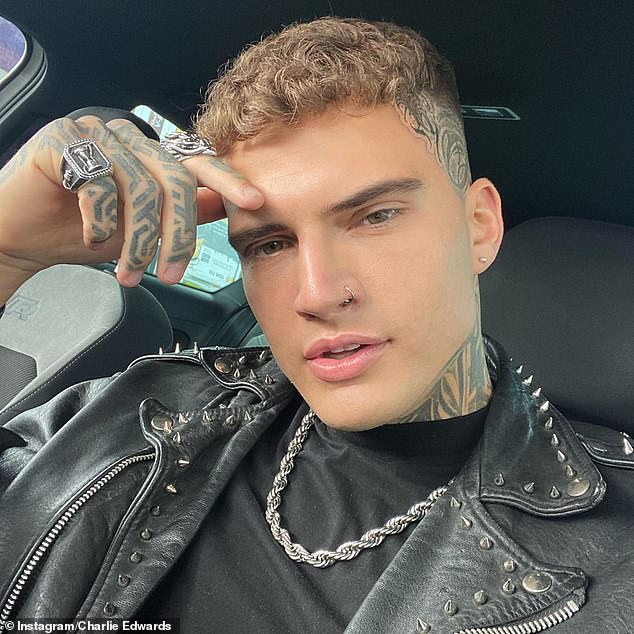 Flashback: The Inbetweeners star, 33, wished her followers a ‘happy f***ng Valentine’s Day’ as she embraced the single life after her split from Charlie Edwards

It was first revealed that the pair were an item back in October, but the couple ended their romance after just three months, according to The Sun.

A source told the publication: ‘Emily’s work schedule has been busy lately and she’s had to really focus on making that work.

‘She was really into Charlie, who is obviously very handsome, and there was a good spark there, but it’s definitely over.’

The insider, who is said to be ‘close’ to the thespian, also added that Emily and Charlie attempted to make things work, but found it ‘impossible’ due to coronavirus regulations.

Emily’s representatives declined to comment when approached by MailOnline.

Late last year, the blonde said she’s ‘very proud’ of her lads’ mags past but admitted ‘things started drooping down a bit’ before I’m a Celebrity came along in 2018 and gave her a new career.

Appearing on a pre-recorded The Jonathan Ross Christmas Show, the Luton native asserted: ‘I’ve got the FHM plaques on my wall!’ as she discussed how her stint in the jungle changed her life.

The presenter said: ‘The wonderful thing about the jungle [I’m A Celebrity] was it gave me this whole new lease of life in my career.

‘For years I was known as ‘Charlotte Big Jugs from The Inbetweeners’. That was fine and that was fun. But I got to a point where things start drooping down a bit. 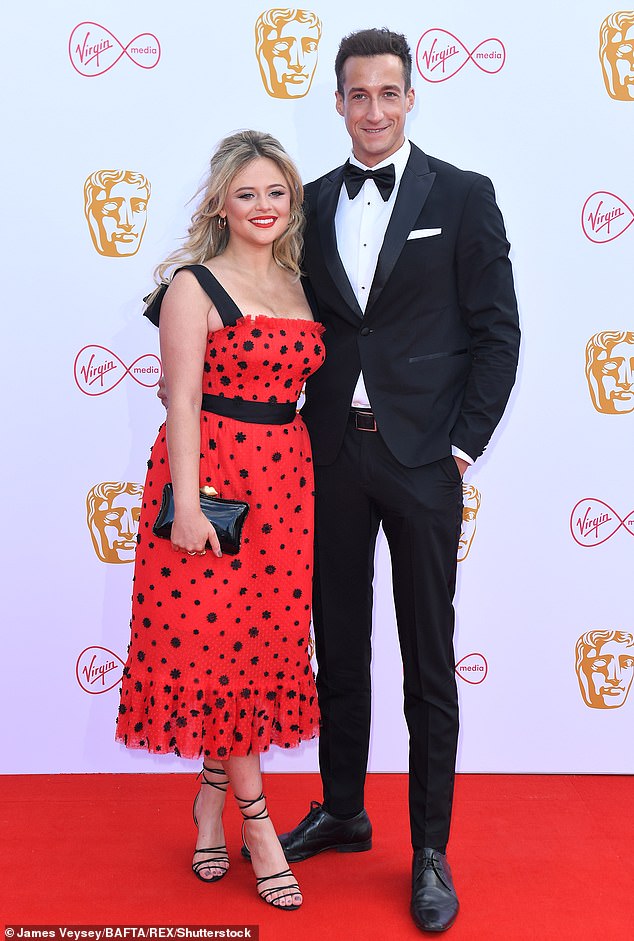 Romance history: The TV star had dipped her toe back into the dating pond once she split from producer Rob Jowers in September 2019 after just six months of romance (pictured in 2019)

‘I needed a new medium to say the things I wanted to say. I thought by doing the jungle it would show a little bit more who I am as a person. It’s very easy to be categorised when you do lads’ mags and all that kind of stuff…

‘I thought for years people have been talking about my body, my sexuality, what I look like.

‘My career became very much about what I looked like, so I thought, what better way – when the jungle came knocking – to show what I have as a person and what more I have to offer.’ 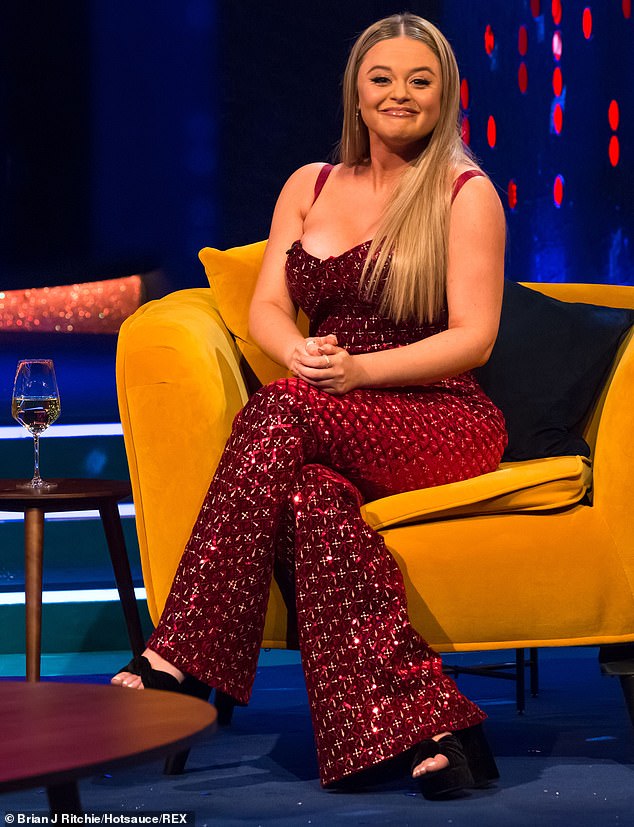 Defiant: The blonde recently said she’s ‘very proud’ of her lads’ mags past but admitted ‘things started drooping down a bit’ before I’m a Celebrity came along in 2018 (pictured in 2020)