Elvis Costello, 67, issues grovelling tweet to Rod Stewart, 77, after criticising his Jubilee performance – leading the Maggie May hitmaker to poke fun at his balding head

Elvis Costello was forced to make amends with singer Rod Stewart on Twitter after they engaged in a war of words.

It all started when it was reported that Elvis, 67, has criticised Rod’s decision to perform Sweet Caroline at the Queen’s Platinum Jubilee concert on June 4 – which had actually been requested by the BBC.

Elvis is said to have said to the crowd during a show in Glasgow: ‘I mean, I know you all love him and he’s one of yours and everything, but Rod. What the f***?” 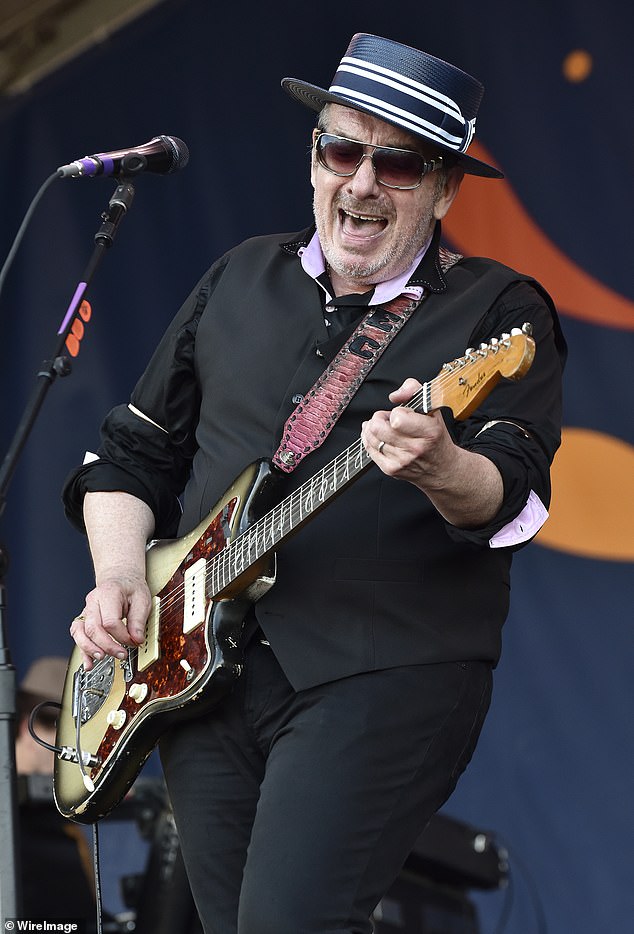 Grow up! Elvis Costello, 67, has grovelled to Rod Stewart, 77, after they engaged in a war of words over the Jubilee performance – leading the Maggie May singer to poke fun at his bald head, (Elvis pictured in New Orleans in May)

I must say, listen we all have bad nights vocally, but for f***’s sake, Sweet f***ing Caroline? Are you f***ing kidding me?’

He added: ‘I mean I’ve been in showbusiness 45 years so I do know a thing or two. How is it that nobody suggested Rod sing You Wear It Well?’

Elvis later clarified what he was reported to have said and hit back: ‘If you read my actual remark, it about the wrong-headed idea of asking Sir Rod pass up You Wear It Well to lead a f***ing singalong. 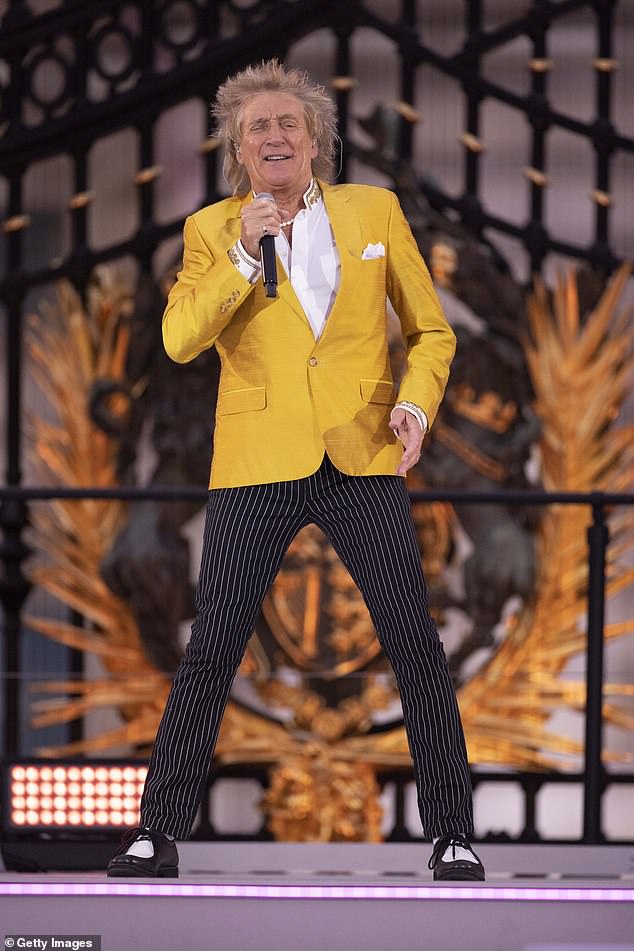 Oh dear: It all started when Elvis said Rod should have sung You Wear It Well and not Sweet Caroline at the Platinum Jubilee concert on June 4 and Rod thought he was attacking his vocals 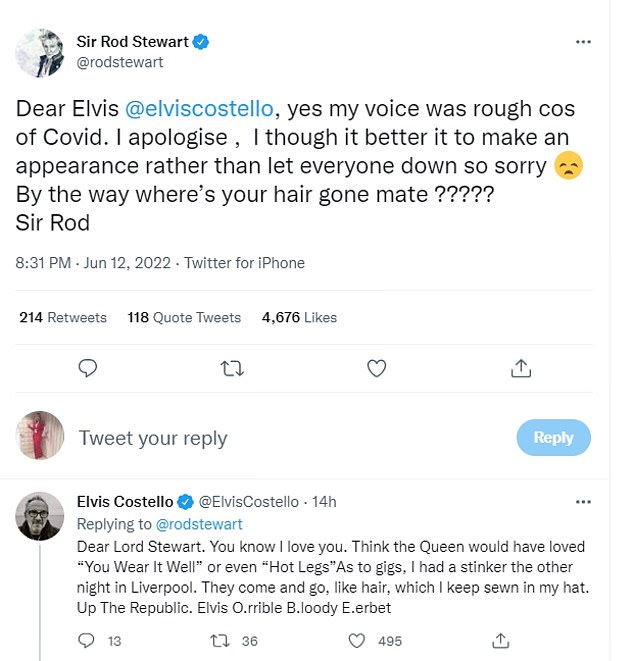 ‘By the way, where’s your hair gone mate?’ Rod had hit back at Elvis, causing the She hitmaker to clarify his words on Twitter on Sunday

‘Ms. Ross is deity. Have some damn respect. I was joking about the many uncomfortable choices that were overlooked.’

Rod, 77, had already taken to Twitter to air a response to Elvis, though.

He wrote: ‘Yes my voice was rough cos of Covid. I apologise, I though it better it to make an appearance rather than let everyone down so sorry.

However Elvis decided to calm things down on social media and added a playful response.

He wrote: ‘Dear Lord Stewart. You know I love you. Think the Queen would have loved You Wear It Well or even Hot Legs.

‘As to gigs, I had a stinker the other night in Liverpool. They come and go, like hair, which I keep sewn in my hat. Up The Republic. Elvis O.rrible B.loody E.erbet.’ 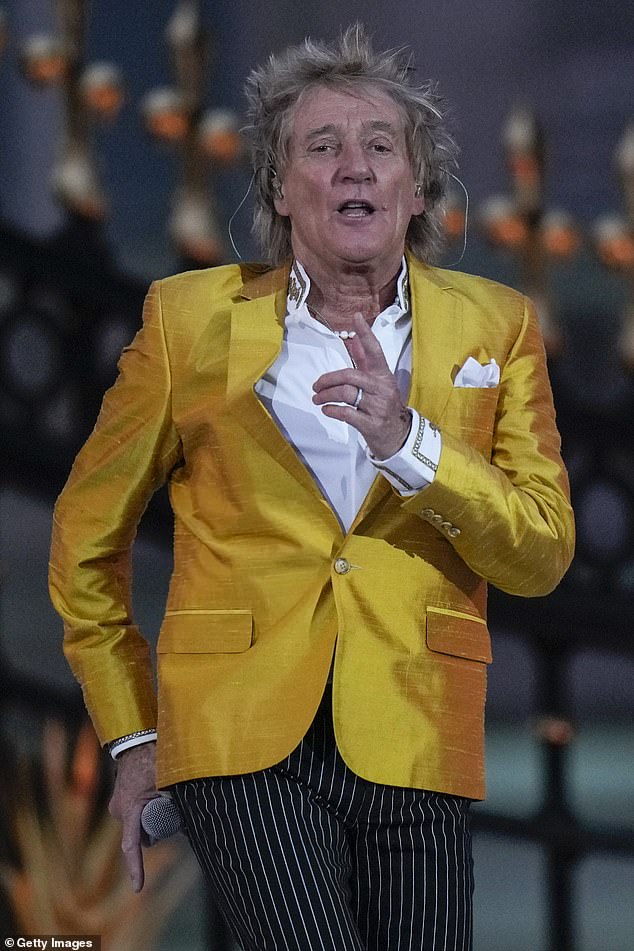 Rod had said: ‘Yes my voice was rough cos of Covid. I apologise, I though it better it to make an appearance rather than let everyone down so sorry’