Elizabeth Debicki was accompanied by her very own Prince Charming on Tuesday evening as she celebrated the series five launch of Netflix drama The Crown.

The actress, who portrays Diana, Princess Of Wales during her turbulent final years, left the red carpet premiere at London’s Theatre Royal Drury Lane with her new boyfriend, Kristian Rasmussen.

The couple were making their first red carpet appearance and their second in as many days having previously ventured out hand-in-hand on Monday. 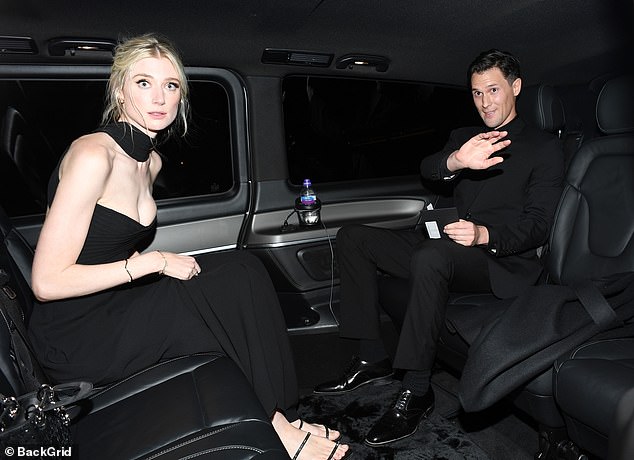 Supportive: Elizabeth Debicki was accompanied by new boyfriend Kristian Rasmussen on Tuesday evening as she celebrated the series five launch of Netflix drama The Crown.

Dressed in an elegant black evening gown, Debicki, 32, climbed into the rear of a waiting cab with her boyfriend after attending an after-show party.

Rasmussen – who bears a curious resemblance to The Crown’s former Prince Phillip, Matt Smith – looked appropriately dapper in a black tuxedo and matching dress shirt as he followed her into the back seat.

The previous day they were hand-in-hand during a shopping trip in London, with Debicki seen laughing with her new boyfriend as they enjoyed a hug and a kiss. 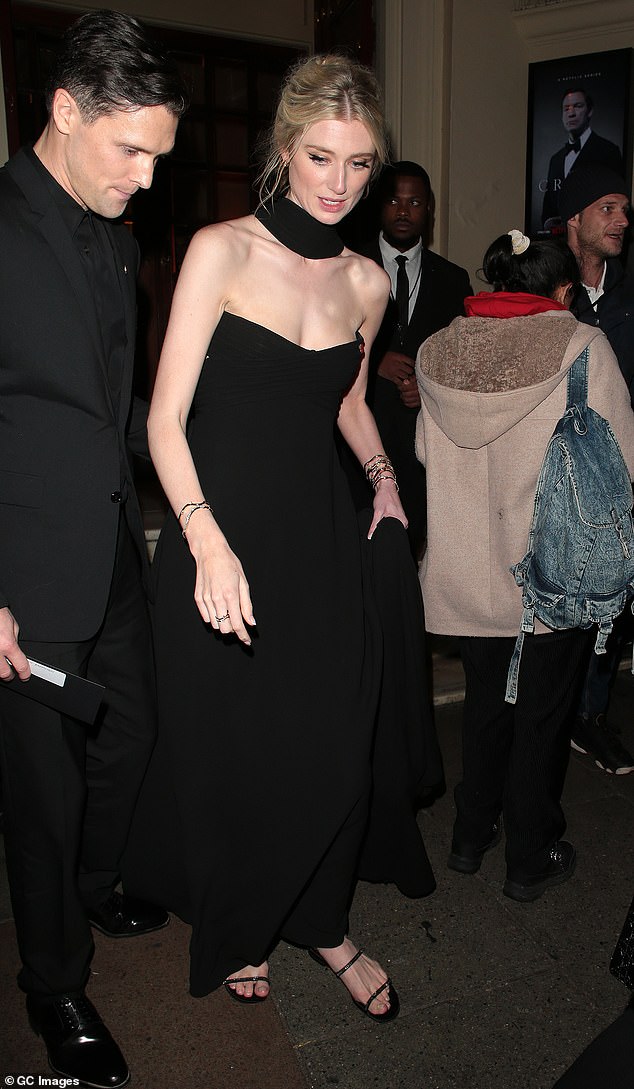 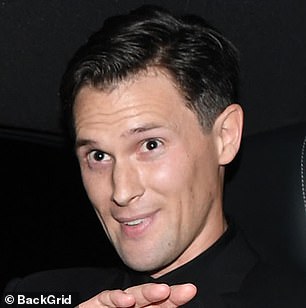 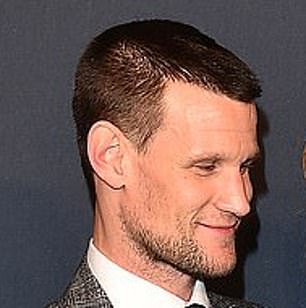 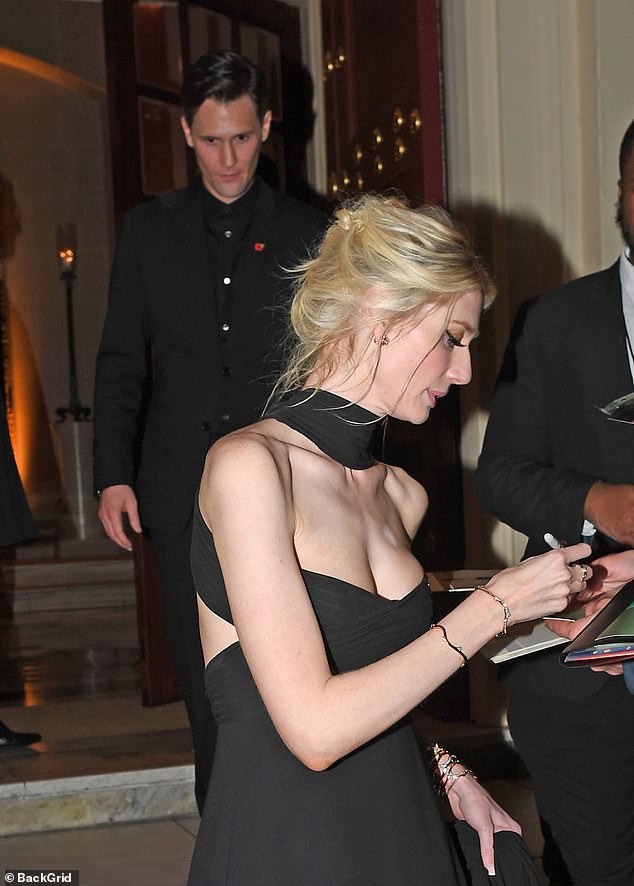 Here they come: The couple were making their first red carpet appearance and their second in as many days during Tuesday evening’s launch

Debicki was previously rumoured to have dated her co-star in The Night Manager, Tom Hiddleston, but never confirmed any romance.

She will make her debut as the late Princess of Wales on Wednesday evening as The Crown suffers continued backlash for opting to dramatize traumatic moments from Diana’s final years, among them her notorious 1995 interview with Martin Bashir and the Paris car crash that precipitated her untimely death in 1997.

In a new interview with British Vogue she told how she was ‘overwhelmed’ with the prospect of taking on the character – as well as reflecting on recreating her ‘revenge dress’ scenes. 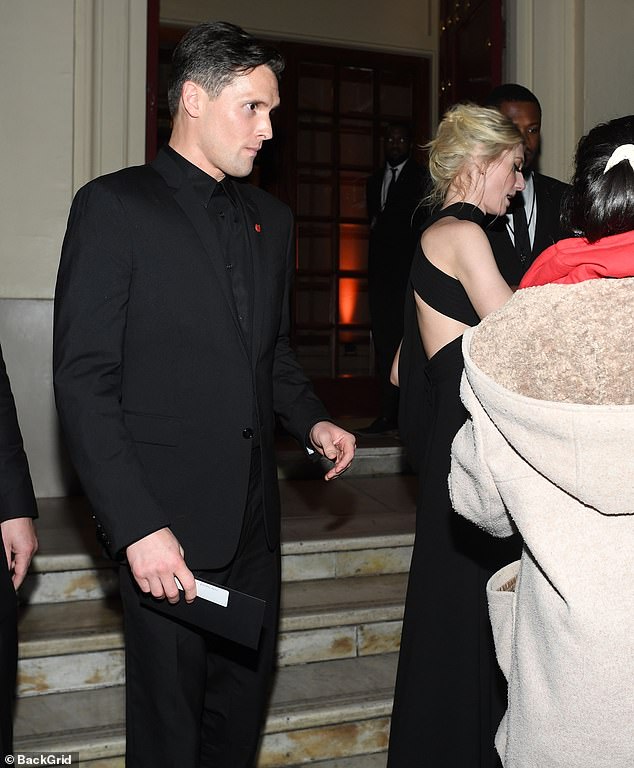 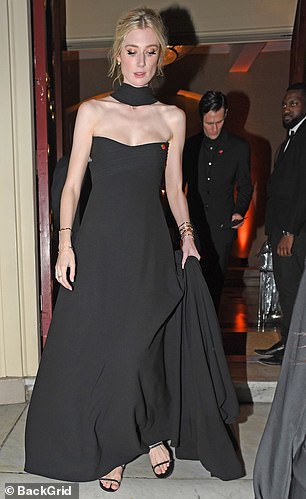 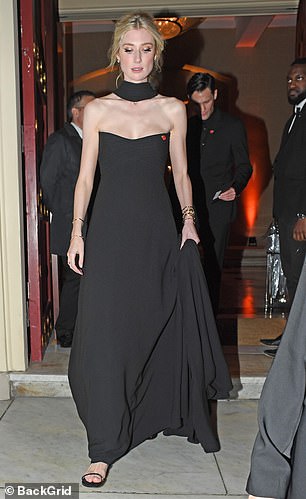 Looking good: The actress wore an elegant black evening gown as she made her way out of an after-show party held in honour of The Crown season five launch 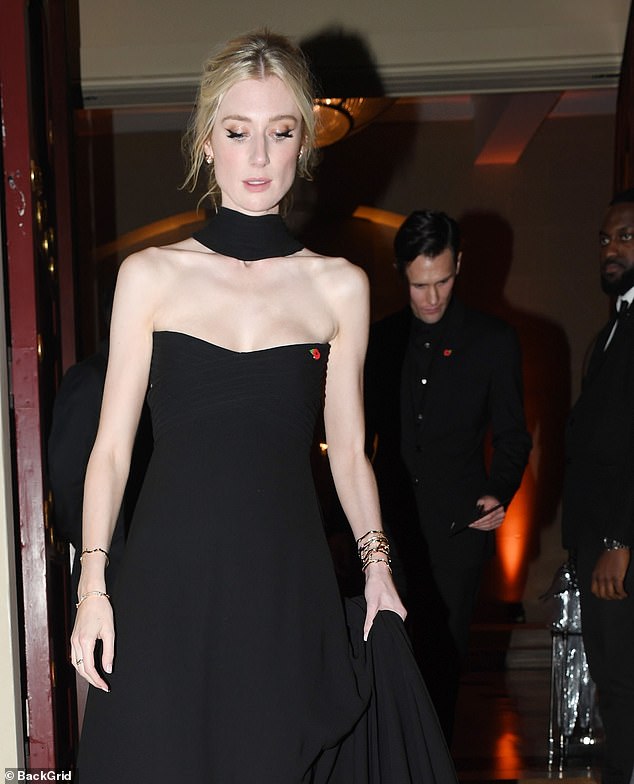 There he is: Rasmussen walked two paces behind his girlfriend as they made their exit

She told the publication: ‘I think in the very beginning that did overwhelm me, the idea of this kind of collective [of Diana disciples] out there.

‘It’s a trap, right? A swampy quagmire. So, I would stand over the kitchen sink and say, ‘I cannot do this.’

During the chat she also reflected on wearing Diana’s iconic black ‘revenge dress’ – which she says she felt was ‘super risqué’ for the time. 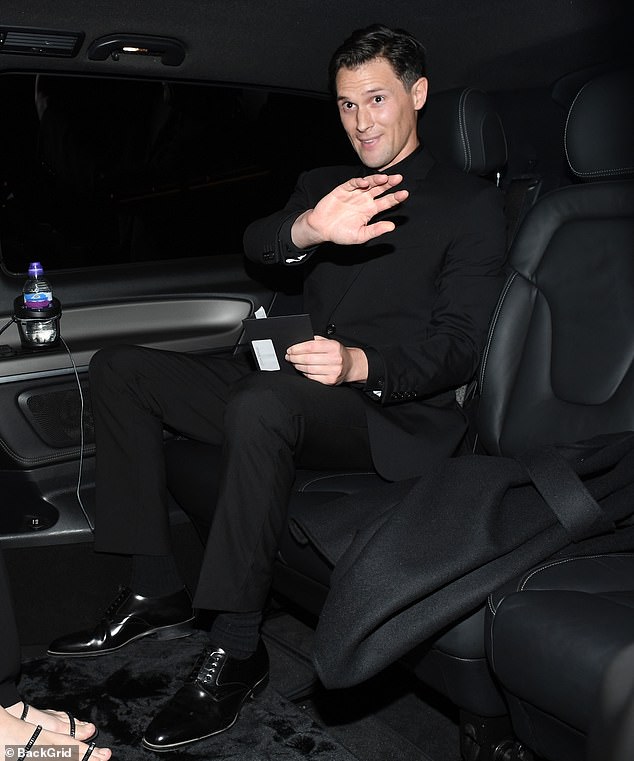 Nothing to see here: Rasmussen waved away onlookers as he prepared for the journey home 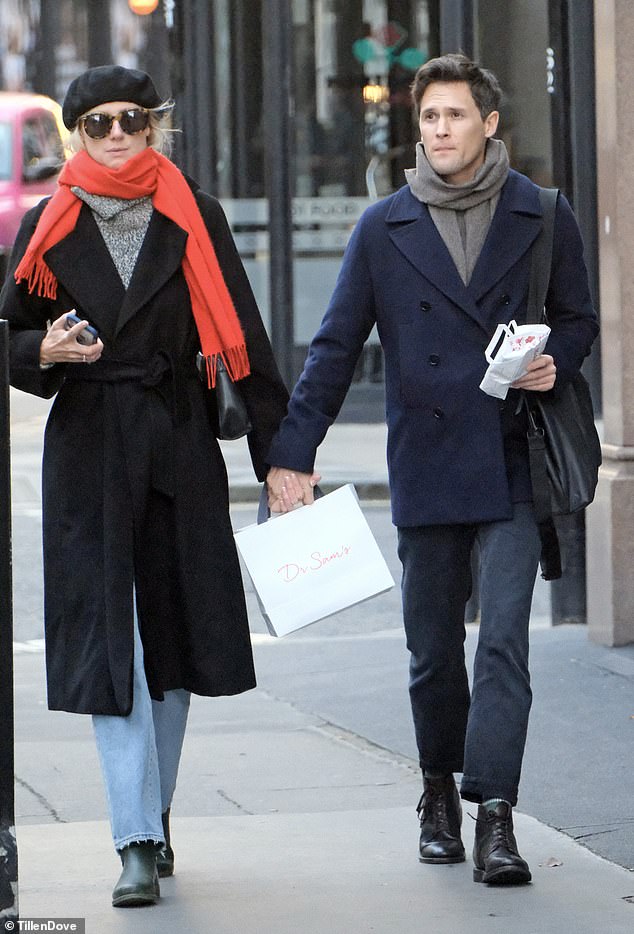 Love is in the heir: The previous day they were hand-in-hand during a shopping trip in London

She explained: ‘It was pressure! It’s a complex dress. I let the fittings happen around me while I thought about what the dress meant. Why this dress? She’d had it for two or three years. It was super risqué at the time.

‘She was claiming the space. The way she walked out of that car, the luminosity, the strength of her as that car door opened, she was so fast and so forward. It’s an extraordinary thing to watch.

‘To decide what you’re saying about yourself through fashion… it was a currency. An incredibly powerful currency.’ 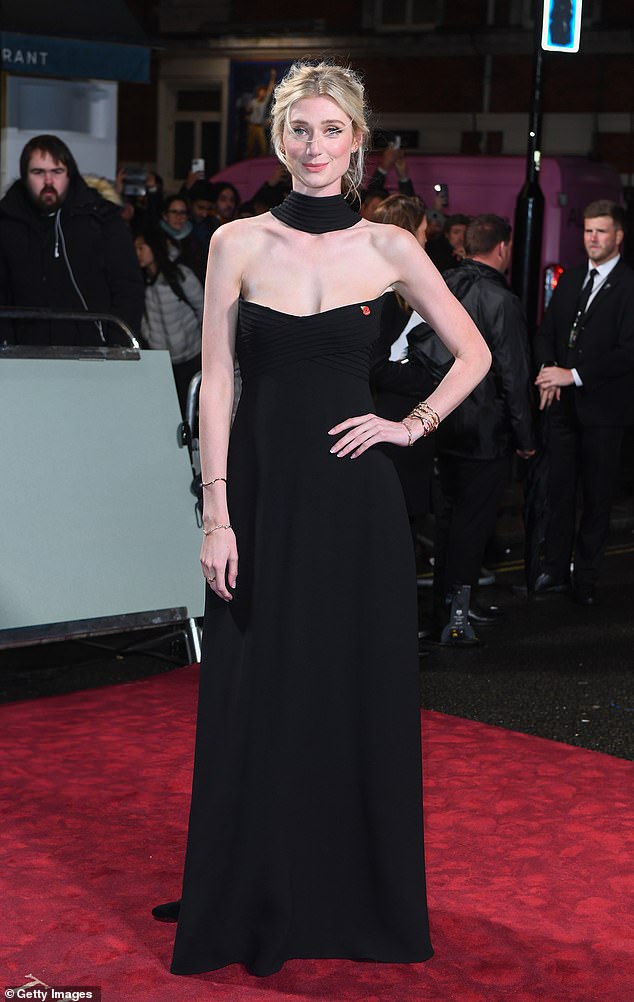 Elegant: Debicki looked the picture of sophistication as she graced the red carpet at the premiere for season five of The Crown on Tuesday at Theatre Royal Drury Lane

With season five of The Crown described as ‘trolling on a Hollywood scale’ there has been an avalanche of backlash surrounding the Netflix show and the ‘insensitive’ portrayal of the Royal Family during the Nineties.

The Crown, created and written by Peter Morgan, has been a hit for Netflix since it was first released in 2016 with the main characters being regularly recast to follow the age of the royals in their respective timelines.

Fan appetite for the show has been stronger than ever, with viewers counting down the days for the series launch, even though it has been criticised for sensationalising events and including fictionalised scenes. 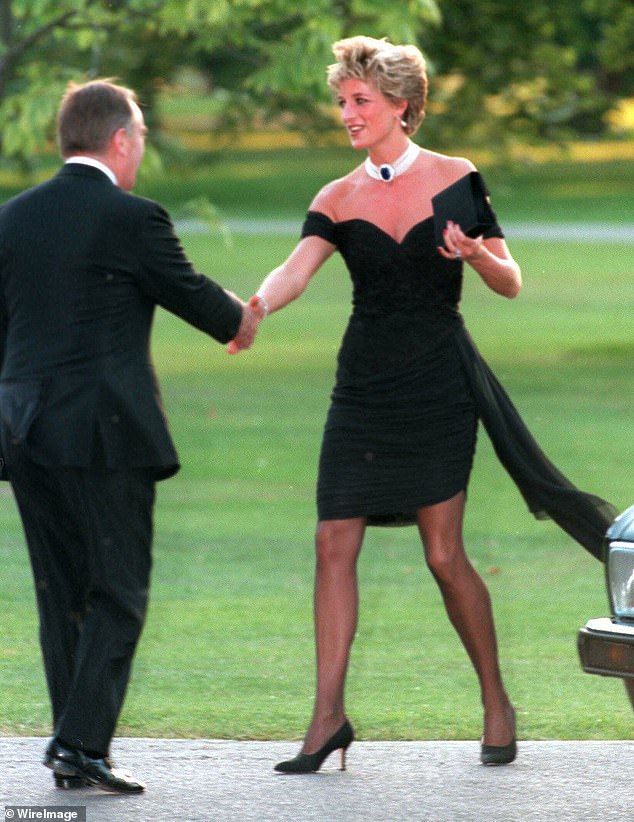 Iconic: Diana, Princess of Wales wore a black dress commissioned from Christina Stambolian as she attended the Vanity Fair party at the Serpentine Gallery on November 20, 1994 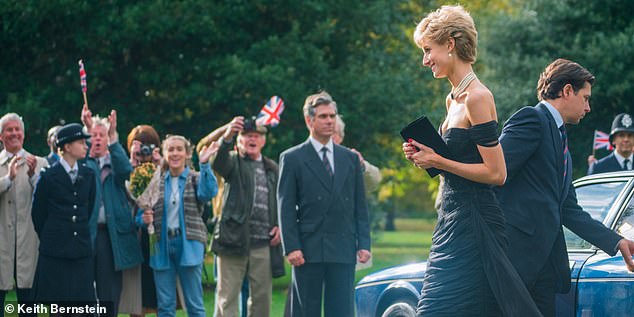 Historic: Debicki recently reflected on wearing Diana’s iconic black ‘revenge dress’ – which she says she felt was ‘super risqué’ for the time

With the previous two seasons of The Crown covering the three decades before the Nineties the entire team has now been recast for this series’ 13-year time frame of 1990 to 2003.

Focusing heavily on the fallout between Princess Diana, played by Elizabeth, and King Charles (then Prince of Wales) as portrayed by Dominic, the new series will showcase a number of low points for the royals.

Season five of The Crown will be released on Netflix at 8am GMT on Wednesday November 9.

There will be 10 episodes in the season in keeping with the four previous seasons and that they will all be released at once on the streaming platform. 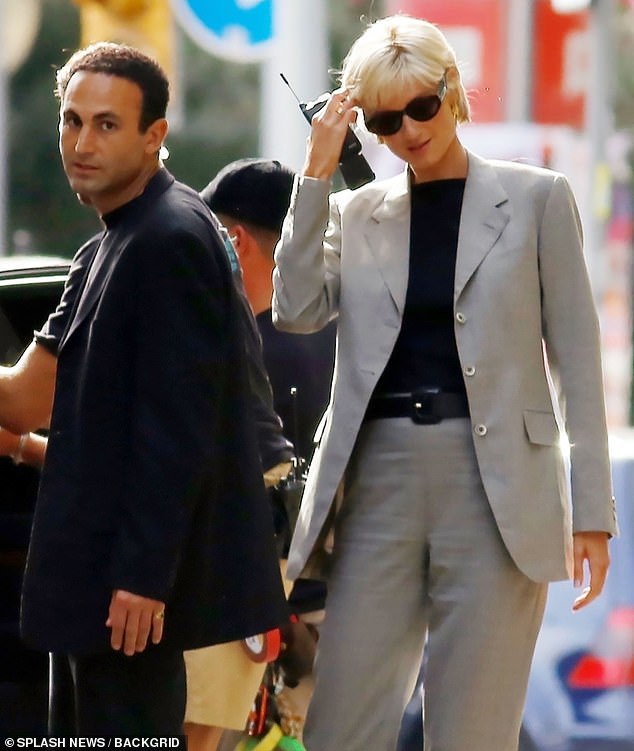