EDEN CONFIDENTIAL: Koo’s Stark support for Meghan in ‘angry ditty’ as she praises duchess for ‘fighting for her prince’

The Duchess of Sussex accused our future queen of making her cry and voiced concern about an apparently ‘racist’ comment made by a member of the Royal Family, but she seems to have won sympathy from another U.S. actress who embarked on a romance with a British prince.

Koo Stark, whose relationship with the Duke of York ended after it was revealed she had appeared in an ‘art-house’ film, marked the opening of her London photography show by reciting a poem she has written about fame.

In it, Koo appears to express support for Meghan, saying: ‘The Duchess was right to put up a fight to save the good name of her Prince; they have now shut the gate to contemplate and pray for the reversal of fate.’ 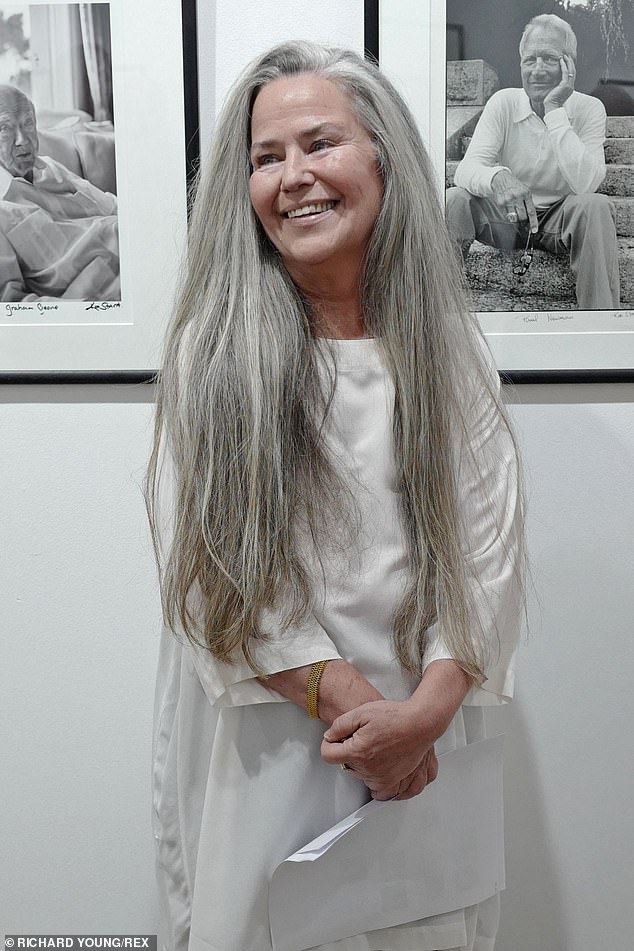 Koo Stark, whose relationship with the Duke of York ended after it was revealed she had appeared in an ‘art-house’ film, marked the opening of her London photography show by reciting a poem she has written about fame

Explaining why she wrote the poem, she says: ‘I thought about the show — it is about celebrity — and I started to write about mental health and celebrity and it didn’t come out as a speech but as an angry little ditty.’

Stark, 65, who has said she rejected £1 million to sell her story in the Eighties, adds: ‘I often get girls coming up to me, wanting to know, “How do I get to be famous?” or, “Your life must be wonderful because you are in the public eye”. ‘I have to say, “It has not been that wonderful for me.” ’

In the poem, she appears to refer to the consequences of her royal relationship: ‘The love of your life may throw a spotlight on your intimate details . . . God-damnit . . .

‘Diana, she dared to show that she cared and was hurt by the slings and the arrows. They gave no respite in spite of her fright and hounded her day and night.

In it, Koo appears to express support for Meghan, saying: ‘The Duchess was right to put up a fight to save the good name of her Prince; they have now shut the gate to contemplate and pray for the reversal of fate’

‘The next King of England set heads a-spinning when caught on a call to his lover — did he say “Regina” whilst declaring his love for another? “Whatever you read, it’s not what was said”, he explained to his horrified mother.’

The poem concludes: ‘So my advice to you dear, just to be clear, is avoid all the glitz and the glamour.

‘It’s not what it seems, it will ruin your dreams. There’s no running away from the clamour.’

Why Duchess is climbing the walls at Highgrove

Prince Charles is said to be determined the Duchess of Cornwall will be Queen when he accedes to the throne, and others clearly think she’s blooming marvellous.

For a climbing plant that’s been named after her was on display at the RHS Chelsea Flower Show. The purple clematis with a creamy yellow centre was bred by Raymond Evison, who’s known as the ‘king of clematis’.

He tells me it has won the approval of Charles and Camilla: ‘They liked it so much they have actually planted it at Highgrove. They both enjoy clematis very much. Camilla is thrilled with this because I’ve been asked, “Can I supply more plants?”’

And he’s convinced it will prove popular with gardeners, as his Guernsey nursery plans to produce as many as 10,000 plants a year.

He adds: ‘It is a good strong flower and the colour is very intense.’

I wonder if Camilla will join Charles in talking to her plants?

They are both acclaimed black British actors who made their name in hit American TV dramas, and Homeland star David Harewood says he’s regularly mistaken for The Wire actor Idris Elba, 49, who went on to star in BBC series Luther.

‘I remember a day when this guy came up to me and said, “I really like your work. When’s Luther back on?”’

Chelsea Flower Show’s switch from May to September seems to have left guests discombobulated.

‘I’m a t**t’,’ she told me as she narrowly avoided tottering off a rock into a water feature at the garden she was promoting.

‘Don’t worry — I didn’t fall in,’ she laughs, adding: ‘I’ve never been to Chelsea before. I thought it would be like [Royal] Ascot, but for plants, so I dressed up.’

Hapless Chris Grayling, who used to be known as ‘Failing Grayling’ by his numerous critics when he was a Cabinet minister, is still managing to coin it on the backbenches.

Hutchison Ports Europe will pay the former transport secretary, who once gave a multimillion-pound contract to a ferry firm with no ships, the whopping sum for just SEVEN hours a week, he has revealed in the register of MPs’ interests. 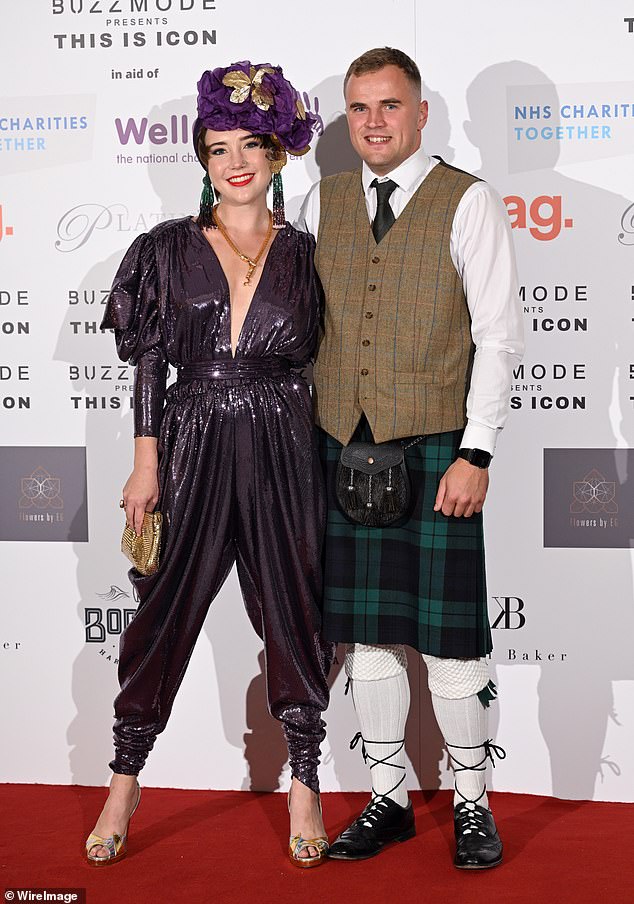 The aspiring actress is enjoying a passionate romance with a Scottish marine engineer, Daniel Kent

The aspiring actress is enjoying a passionate romance with a Scottish marine engineer, Daniel Kent, who works on one of the world’s most spectacular superyachts.

‘She’s a lovely girl and we get on really well,’ he tells me at the Icon Gala, where Gaia made her catwalk debut for designer Julia Clancey. 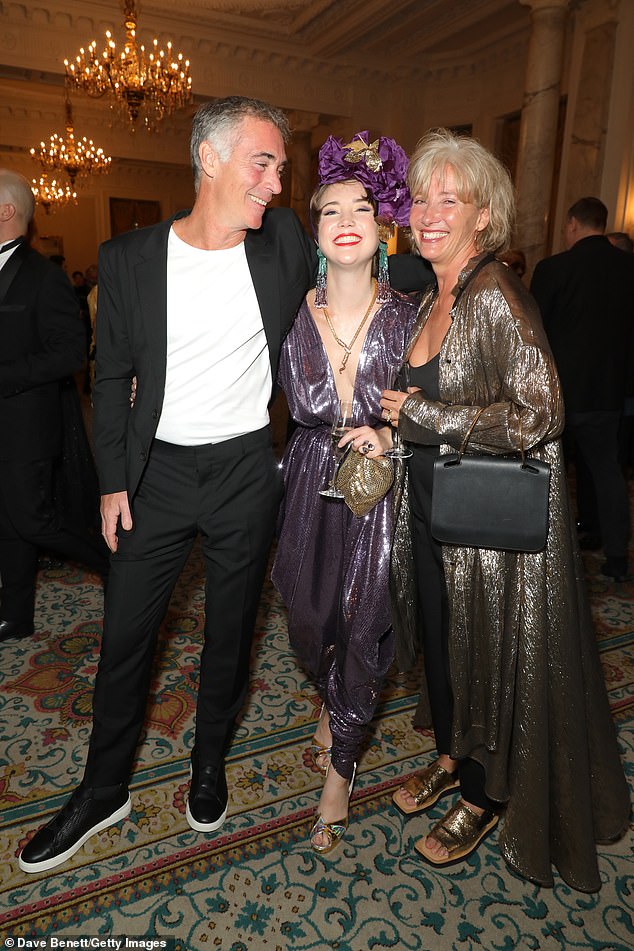 He works on the Sarafsa, a £185 million, five-deck gin palace owned by a Middle Eastern sultan which even has its own 16-seat cinema.

‘We met in Scotland because her family has a house up there, so I took my chance and, to my luck, she said yes to a date,’ he adds. Gaia, 21, took part in the show at the Landmark London hotel to help raise money for NHS Charities Together and WellChild. 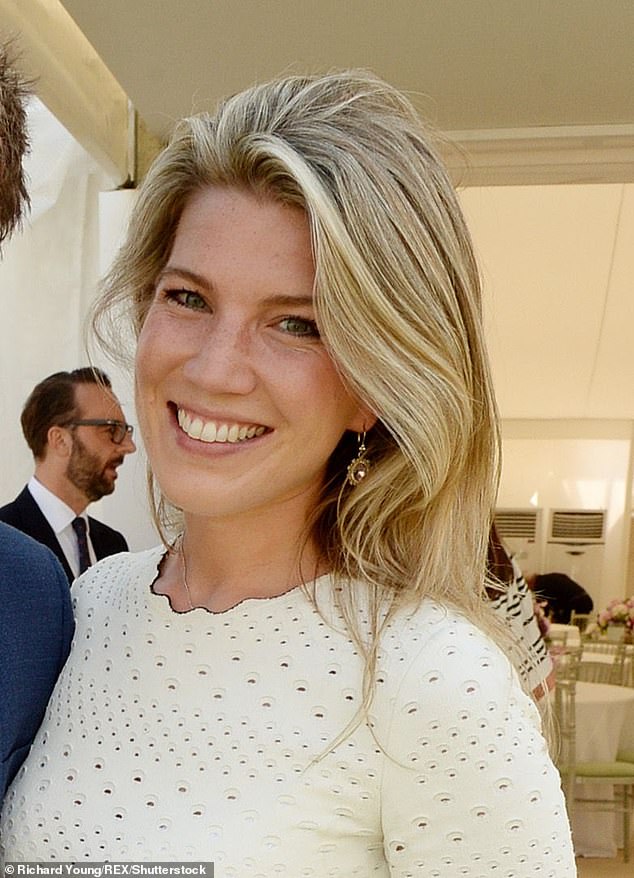 I hear the Duchess of Cambridge’s stylist, Natasha Archer, is expecting

Princess Beatrice isn’t the only one at the Palace celebrating baby news. I hear the Duchess of Cambridge’s stylist, Natasha Archer, is expecting.

‘Catherine is delighted for her,’ a courtier tells me.

Natasha, 34, pictured below with Kate, who transformed the Duchess’s image by encouraging her to show more leg, ditch wedges for heels and wear more High Street outfits, already has a two-year-old son, Theo, with her photographer husband, Chris Jackson. 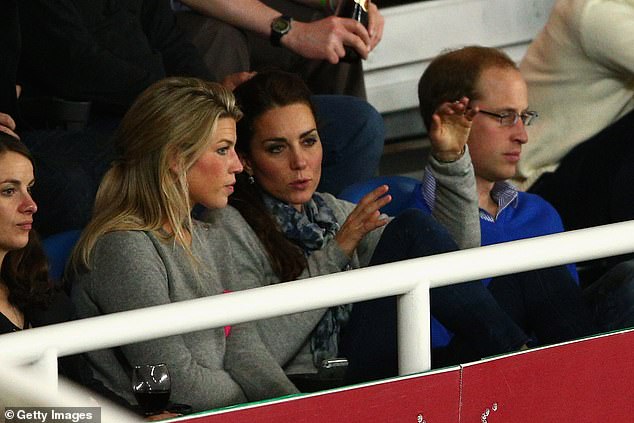 Natasha, 34, pictured with Kate, during the round 10 Super Rugby match between the Waratahs and the Bulls at Allianz Stadium