EDEN CONFIDENTIAL: Harry and Meghan ditch the Queen’s lawyers – in a move which suggests they won’t be rejoining the Firm

When the Duke and Duchess of Sussex quit official duties this year, the Royal Family gave them the opportunity to change their minds by announcing that the controversial new arrangements would be reviewed after 12 months.

I can reveal that Prince Harry and Meghan have, however, dropped a huge hint that they will not be rejoining the Firm by ditching the Queen’s lawyers, Harbottle & Lewis.

It’s a surprising move as Harry has been represented by Harbottles since he was a teen.

So close did he feel to the firm that he asked senior partner Gerrard Tyrrell to become a director of the couple’s charity, Sussex Royal. 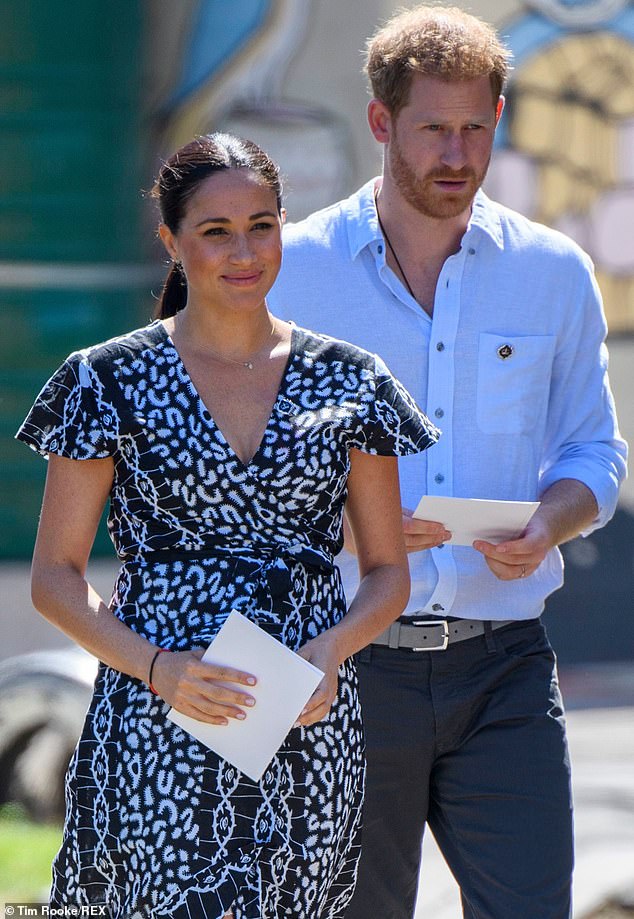 I can reveal that Prince Harry and Meghan have, however, dropped a huge hint that they will not be rejoining the Firm by ditching the Queen’s lawyers, Harbottle & Lewis

This week, Harry and Meghan filed official documents confirming the split. ‘It would appear to demonstrate that they have no intention of coming back,’ a courtier tells me. ‘The choice of lawyers is of great importance to the Royal Household and Gerrard was a useful neutral link man between the Sussexes and the Palace.’

Harbottle & Lewis was representing the couple’s planned not-for-profit organisation, Archewell, but it has been replaced by a rival firm, Fieldfisher. A source close to Harry and Meghan tells me: ‘They wanted to instruct their own lawyers, not those also used by the Royal Family. They are on an independent path.’

Harry has previously turned to Tyrrell every time he has needed legal advice and encouraged girlfriends such as Chelsy Davy to use the firm.

Tyrrell is famous for his work with the Royals. When he was presented with a legal prize in 2017, the judges gushed: ‘Gerard Tyrrell is a name breathed with certain awe . . . in acting for the Queen, and royal families, he has throughout his career built his own reputation while protecting and preserving the reputations of others.’

Tyrrell tells me: ‘As I am certain you will appreciate, we do not comment on such matters.’ 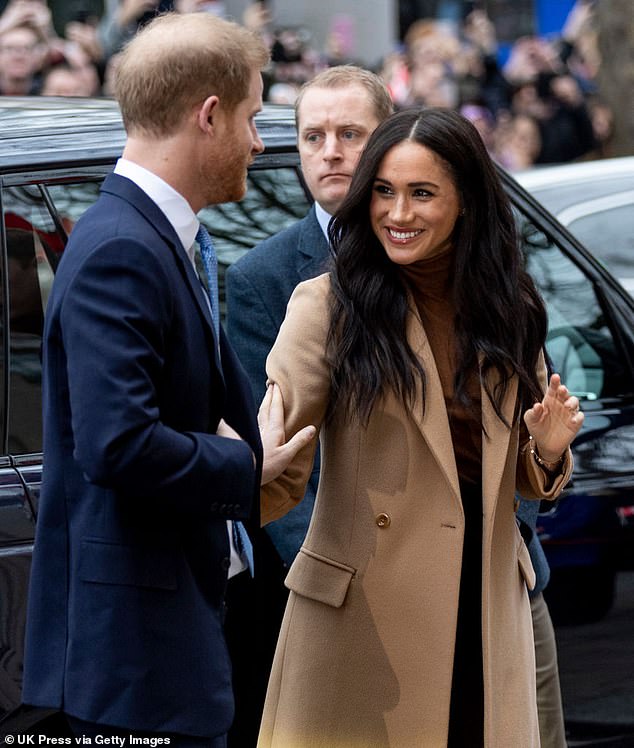 Helena’s a terror on the chessboard

Chess is a game usually enjoyed in private, but Helena Bonham Carter indulges in a more flamboyant version.

The actress has been seen using 2ft pieces at West London’s Holland Park giant chess club. ‘I love playing a chess queen because I can create a world on the chess board where I have complete control,’ declares Helena, who played the Red Queen in Alice In Wonderland.

‘In reality, I tend to enjoy losing control.’ 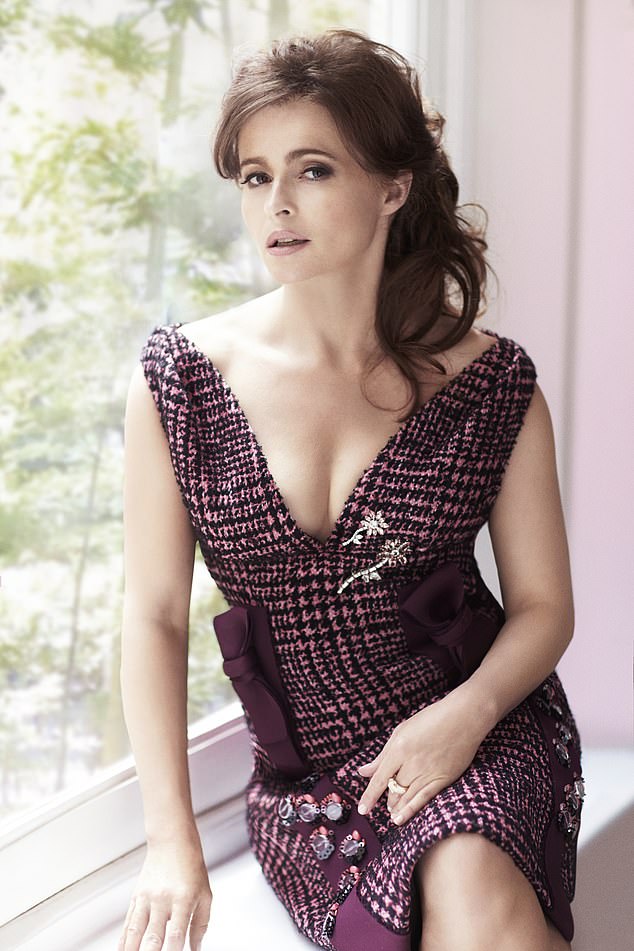 Chess is a game usually enjoyed in private, but Helena Bonham Carter indulges in a more flamboyant version

Not a lot of people know that Sir Michael Caine prefers true life to drama. ‘For more than 60 years I’ve loved playing thieves, criminals. gangsters and sometimes even the detectives trying to catch them,’ he says. ‘But there’s Hollywood movies and TV and then there’s real life — and, in a way, that’s when it gets even more interesting.’ To prove it, he will present a six-part series about real-life robberies for Audible, Heist With Michael Caine.

With Harry and Meghan 5,000 miles away, the Queen could do with some new active members of ‘The Firm’. So who better than another talented and beautiful actress?

I hear Lady Frederick Windsor, better known as Sophie Winkleman, has taken on a patronage this week — and admirers hope it could be the first of many. Sophie — whose husband, Lord Freddie, is a great-grandson of George V — has joined the Children’s Surgery Foundation which raises money for hospital equipment.

Sophie says: ‘I am thrilled to come on board.’

The Cambridge graduate, 39, is the half-sister of Strictly host Claudia Winkleman and best known for her role as Big Suze in the cult sitcom Peep Show. She’s continued to act since marrying the son of Prince Michael of Kent at Hampton Court Palace in 2009.

Sophie Winkleman— whose husband, Lord Freddie, is a great-grandson of George V — has joined the Children’s Surgery Foundation which raises money for hospital equipment

She won Olympic gold and has broken multiple sporting records, but Dame Jessica Ennis-Hill claims motherhood is an even greater challenge.

‘Being an Olympian athlete and training for all those years is stressful, hard, emotional and tough in every possible way,’ says the former heptathlete, 34, whose children are five and two. ‘But being a mum I still have those moments where you doubt yourself, and your confidence drops massively, because you change so much as a person.’

Real life sounds just as dramatic for Annabel Scholey, who played the wife of stricken policeman DS Nick Bailey in BBC drama The Salisbury Poisonings. The actress claims experience of the supernatural. ‘I was really struggling, because I’d had a lot of rejection,’ says the Yorkshirewoman, 36. ‘I woke up and felt a pressure on my leg. I saw the outline of someone. I knew it was a man. ‘And then I got this overwhelming feeling that everything was going to be OK.

‘The next day, I got into drama school.’

As those of us working from home know all too well, finding a quiet spot is a daily challenge. And it’s even one faced by Hollywood stars.

Here’s Line Of Duty and Mission Impossible 2 star Thandie Newton forced to record a voiceover from the depths of her wardrobe at the North London home she shares with her film director husband, Ol Parker, and their three children. Almost hidden among the colourful coats and dresses, Thandie is clutching a script in one hand and her phone in the other.

‘Voiceover recording in the cupboard,’ she says next to this photograph shared with fans. ‘It’s become something of a skill.’

As those of us working from home know all too well, finding a quiet spot is a daily challenge. And it’s even one faced by Hollywood stars 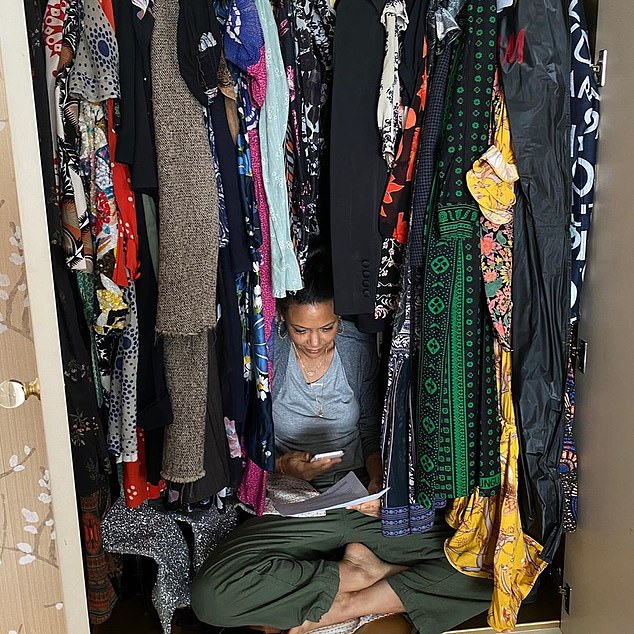 Here’s Line Of Duty and Mission Impossible 2 star Thandie Newton forced to record a voiceover from the depths of her wardrobe at the North London home she shares with her film director husband, Ol Parker, and their three children

Father’s day will be particularly poignant for Andrew Marr tomorrow.

Andrew, who survived a major stroke himself in 2013, tells me his father was ‘the funniest and kindest man I have ever known’.

A big figure in the investment trust world, Donald turned his back on a London career to bring up a family outside Dundee.

Andrew says: ‘He was happily married to my mother, Valerie, since 1957 and was an elder of the Church of Scotland for more than 50 years.’ He adds: ‘It was a good life. We all of us already miss his dry, ready wit and his exceptional kindness.’

‘I have been so anxious for the last few weeks because of world events,’ says blameless Paloma, a former coach on hit talent show, The Voice. ‘I’ve been walking around with this feeling, that I can’t shake, that I’ve done something bad.’

The Londoner adds: ‘My brain is doing overtime trying to work out what I’ve said and who I’ve offended and why I need to apologise for myself.

Someone please give that woman a hug. 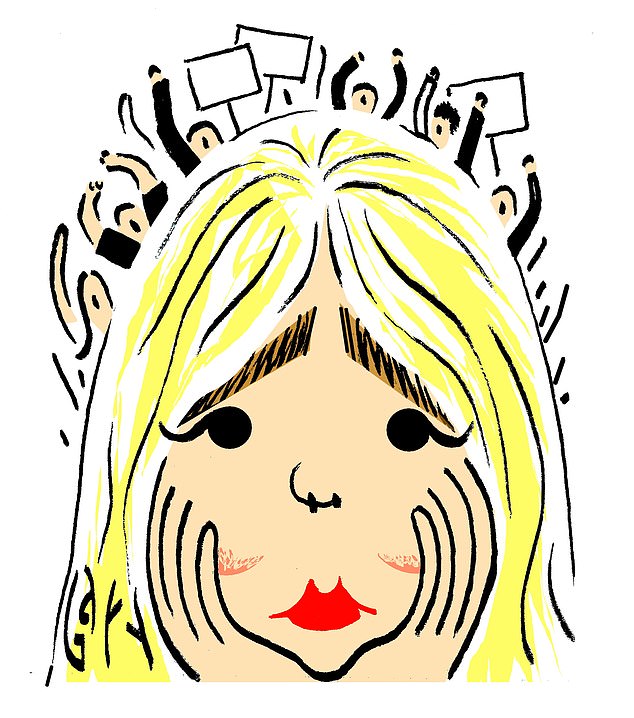 E. L. James was in her mid-40s when she discovered the potential of rope, cables and masking tape — in the hands of Christian Grey, troubled protagonist of her debut novel, Fifty Shades Of Grey.

That breath-taking discovery has just yielded another £4 million profit for James following the inaugural year’s trading by Erika James Ltd, an ‘artistic creation’ company that she established in 2018.

But it still languishes in the shadows cast by her older business, Fifty Shades Ltd, whose principal activity is ‘ownership and administering of author’s rights’ — and which paid James a spanking £6.9 million dividend.

Even though former It girl Alexandra Aitken bid farewell to the Punjab, where she lived with her then husband Inderjot Singh, she remains true to the Sikh faith.

The twin daughter of former Cabinet minister Jonathan Aitken now lives in a cottage in Canterbury, where she attended £38,955-a-year King’s School before exploding onto the London party scene. She went on to pose naked for GQ and appeared in a film with Daniel Craig, Enduring Love.

‘When she’s out and about she stops regularly to say prayers or read the scriptures,’ a local tells me. Though now known as Uttrang Kaur Khalsa, Aitken has remarked that she didn’t expect friends to stop calling her ‘Ally’, but added: ‘I’m just much happier like this.’ 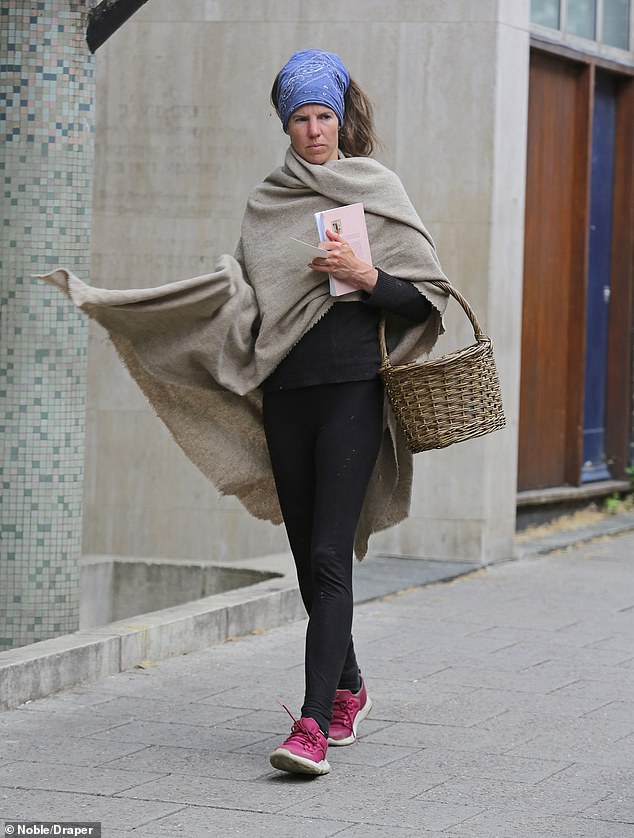 Even though former It girl Alexandra Aitken bid farewell to the Punjab, where she lived with her then husband Inderjot Singh, she remains true to the Sikh faith

Explorer Robin Hanbury-Tenison, who staged a remarkable recovery from coronavirus, is already plotting his next expedition — for a cause he believes saved his life.

He’s to lead a mass walk up Cornwall’s highest peak, Brown Willy, to raise money for ‘secret gardens’ at hospitals.

The adventurer, 84, attributes his survival to being wheeled into the unique garden at Derriford Hospital, Plymouth.

‘It was the most extraordinary turning point,’ he tells me.

‘I had all these tubes in me and four people pushing this big bed.

‘Then I felt the sun on my face and saw the flowers, and there was an amazing moment when I suddenly looked up and said, “We’ve cracked it — I’m going to live.”’