She has been embroiled in an affair with Keanu Taylor for months.

And Sharon Mitchell is set to discover she is pregnant aged 48, but isn’t sure if he is the father, or her own husband Phil Mitchell, after bedding them both.

Worse still, her stepdaughter Louise is also expecting Keanu’s baby and so it’s likely there’s going to be trouble ahead. 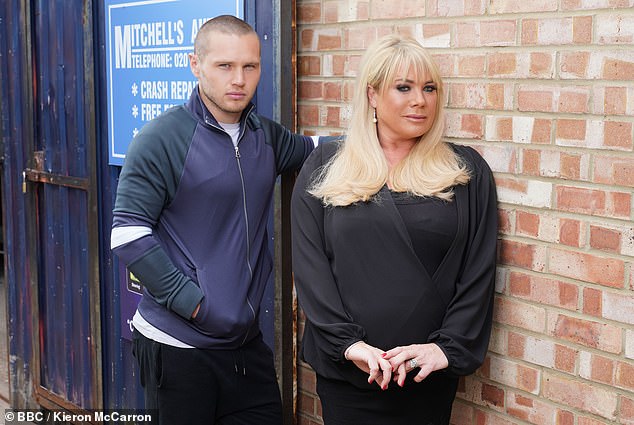 EastEnders SPOILER: Sharon Mitchell is set to discover she’s pregnant aged 48 after bedding her expectant stepdaughter’s boyfriend Keanu AND hardman Phil – but who is the daddy? 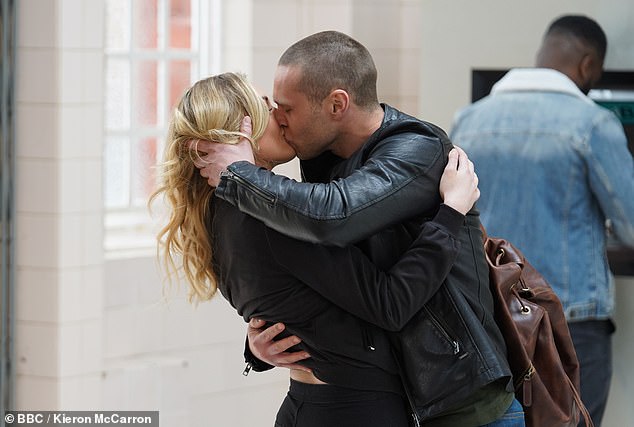 There may be trouble ahead: Keanu has recently made Phil’s daughter Louise pregnant

According to The Sun, Sharon , (Letitia Dean), is horrified when she takes a pregnancy test that turns out positive.

Later in the week, she researches abortion clinics, but Phil notices the website on the screen and assumes it’s his daugher Louise, who has been looking at it.

A source told the site: ‘EastEnders are putting Phil and Sharon back at the heart of the show. In a shock twist next month Sharon discovers she’s pregnant. 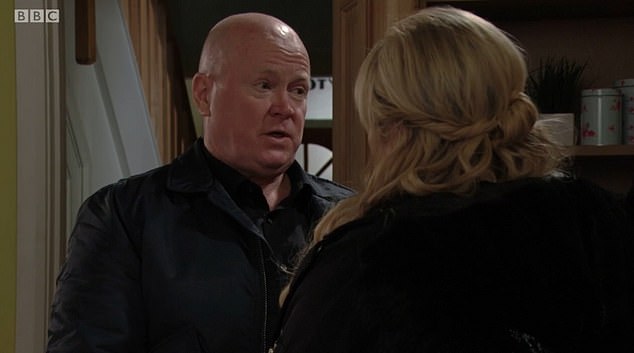 Oh dear: Phil notices that someone has been looking at an abortion website online but assumes it’s his daughter Louise and not Sharon

‘But there’s gonna be a “who’s the daddy?” dilemma because she romped with her toyboy lover Keanu last week so is he the dad or is Phil?’

It’s been widely rumoured that the storyline will come to a head around Christmas and Phil could end up killing Keanu.

It’s known that Phil will go on ‘a bloody rampage’ when he discovers the truth about the young lotharios affair.

While, the news will also see the soap examine the hardships that come from Sharon being pregnant later in life.

The dramatic storyline is said to be executive producer Kate Oates’ way of placing the Mitchell’s at the heart of the show again.

Last year an episode of the hit BBC soap saw Phil and Sharon have sex while loverat Keanu (Danny Walters) hid under the pair’s bed. 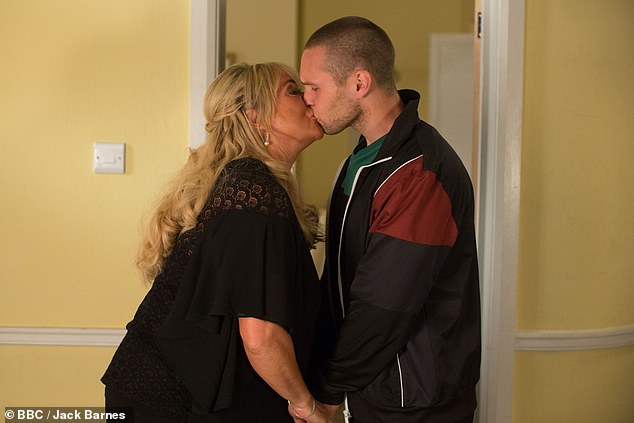 Not happy: It’s thought that the storyline will come to a head this Christmas – and it’s even been rumoured that Phil could end up killing Keanu