Dwyane Wade paid his respects to the lives lost in the Champlain Towers South condo collapse in Surfside, Florida. The ex-NBA star got emotional while reading the messages and tributes shared on a memorial fence.

Wade, 39, walked along the wall of notes, tributes and condolences, and appeared to have to fight back tears as he was overcome with emotion over the scene.

The Miami Heat star — who is a venerated sports icon in Florida — scrawled a message of his own on one of a series of hearts set up for people to share sentiments and pay respects.

“Sending prayer, love, strength and healing …” he wrote, signing the message with his initials and “Miami Heat.” 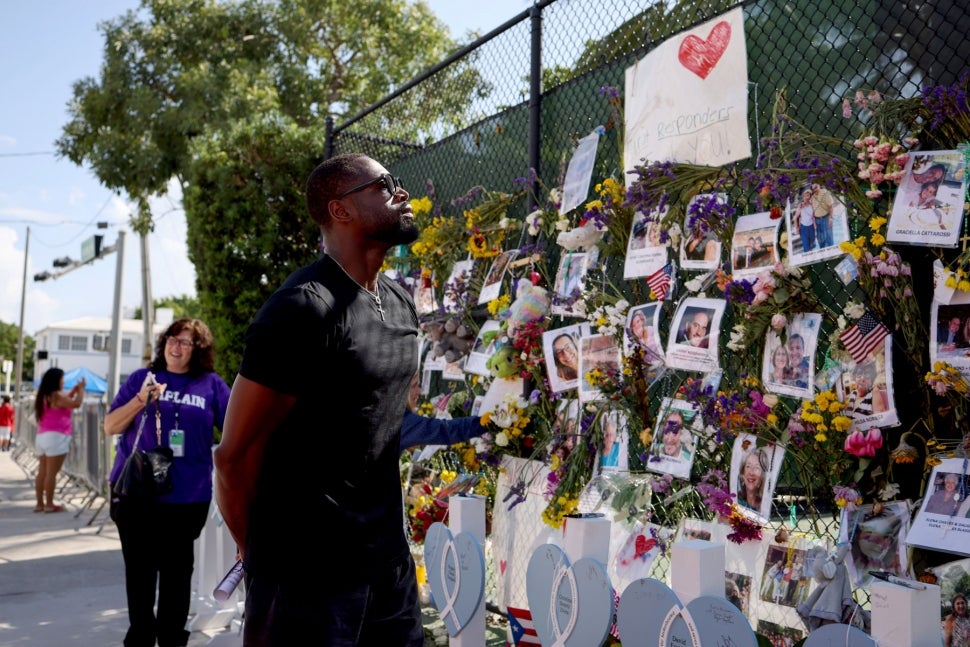 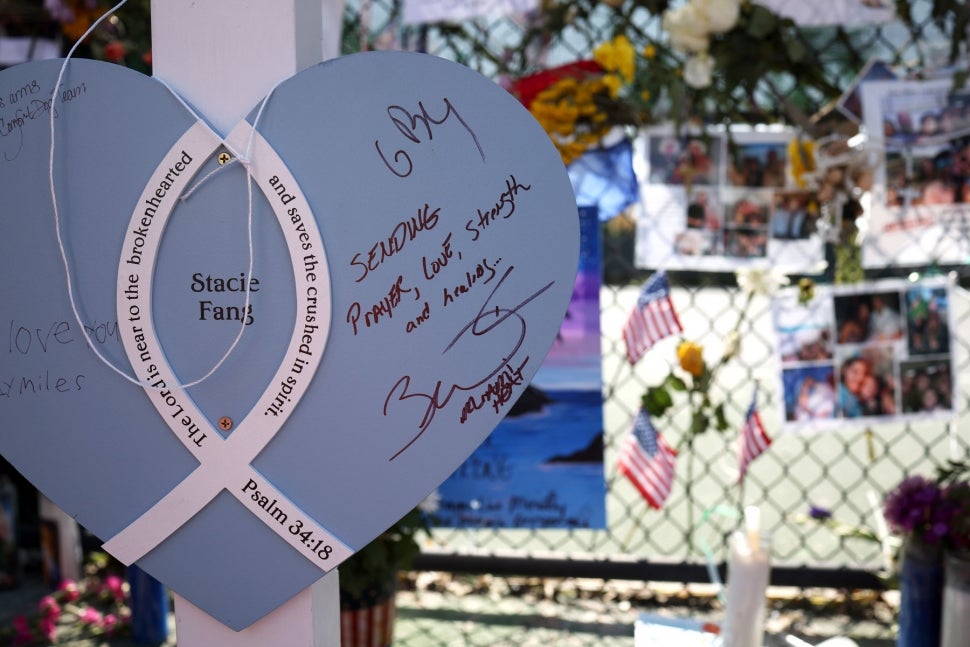 The memorial was set up to honor those who lost their life in the horrifying accident. As of Thursday, the death toll rose to 64 confirmed victims, while 76 others are still unaccounted for and considered missing.

While the scene was an emotional one for Wade, the athlete also made sure to do his best to keep spirits high while meeting with the South Florida Urban Search and Rescue team. Wade thanked the responders for their hard work and expressed the nation’s appreciation.

Wade took to Instagram on Thursday to share some photos of his visit. The slideshow included pics from his trip to the memorial, as well as his afternoon with the men and women on the search and rescue team.

“#SurfSideStrong 💪🏾” Wade wrote. “Today was about Uplifting, Praising and Showing up! Our first responders are the real MVPs.”

The devastating collapse is still under investigation, and no official cause has yet been determined or announced by authorities.