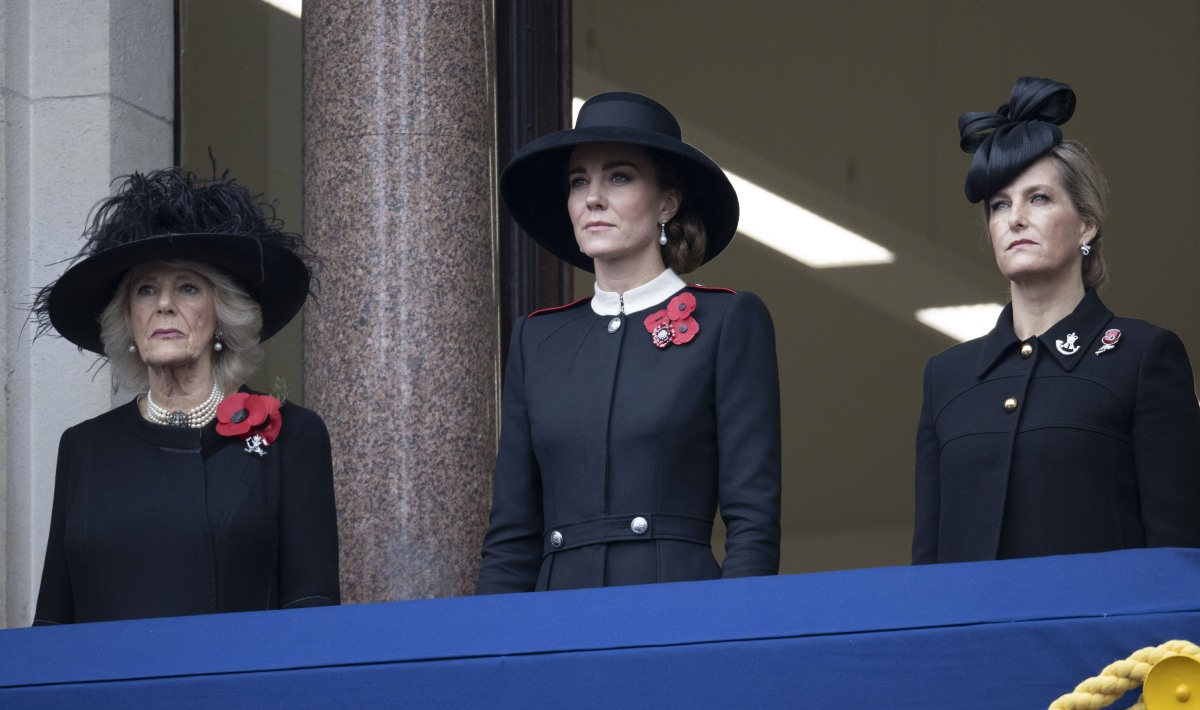 One of the biggest British stories of Remembrance Sunday was about who did NOT show up: Queen Elizabeth II. This was supposed to be her big comeback appearance following weeks of secretive illness, the event which she did not want to miss. The Queen pulled out of the Remembrance Sunday appearance because of a sprained back. Many people do not believe that excuse, and I’m not sure about any of it. As someone who recently had a glute/lower back strain, I think it’s perfectly possible that a 95-year-old woman has a similar injury, likely sustained doing something mundane, like bending over to feed the dogs or just walking. That being said, I still feel strongly that one of the biggest issues is with her balance.

So in the Queen’s absence, the Windsors just got on with it. Prince Charles, Princess Anne, Prince William and Prince Edward were all on the ground at the Cenotaph, and they did the business of saluting and wreath-laying. The women were on the balconies, and Kate, Camilla and Sophie were grouped together on one balcony. None of them seemed happy about it.

Kate usually brings out her keenest military cosplay for Remembrance Sunday and she’s looked like Sgt. Pepper a few times. This year’s coatdress was a repeat – she wore this Alexander McQueen at the 2018 Remembrance Sunday event too. The bucket hat isn’t great, but at least she wore her hair back. I still remember that time she wore her sausage curls loose and she twirled them throughout the Remembrance event.

Anyway, this definitely had a “preview of coming attractions” feel to it. As in, this is what it’s going to be when King Charles is in charge. 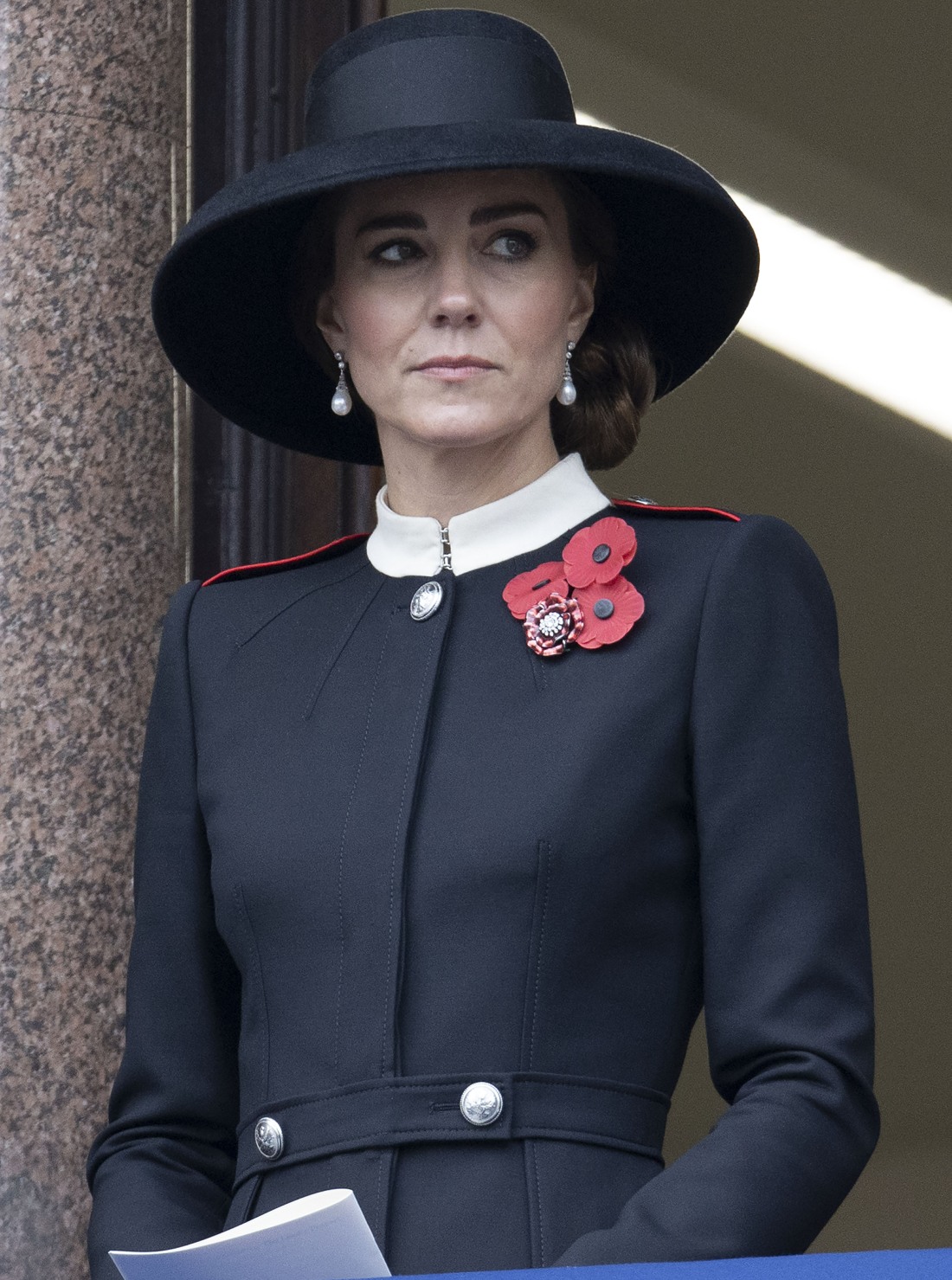 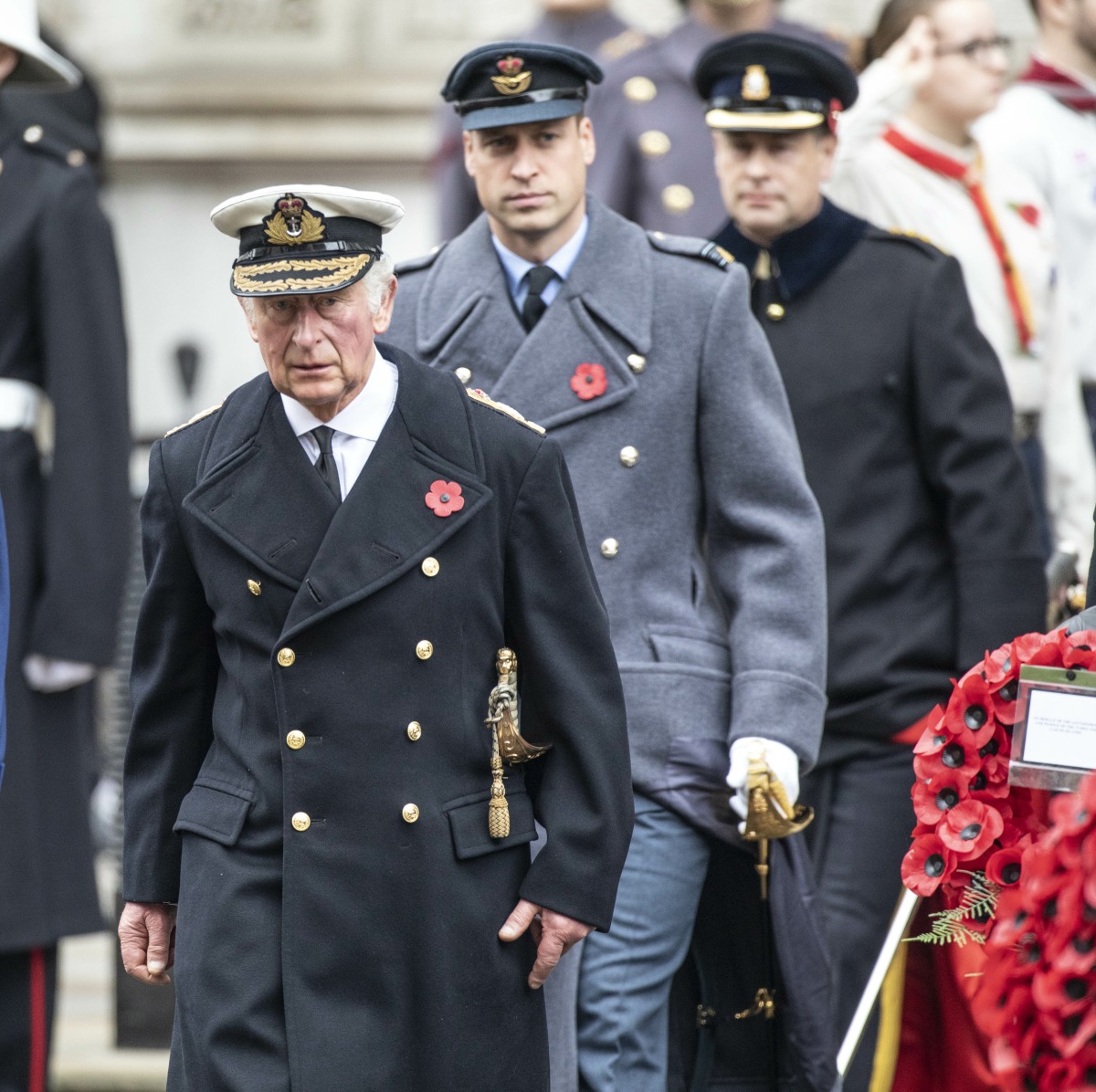 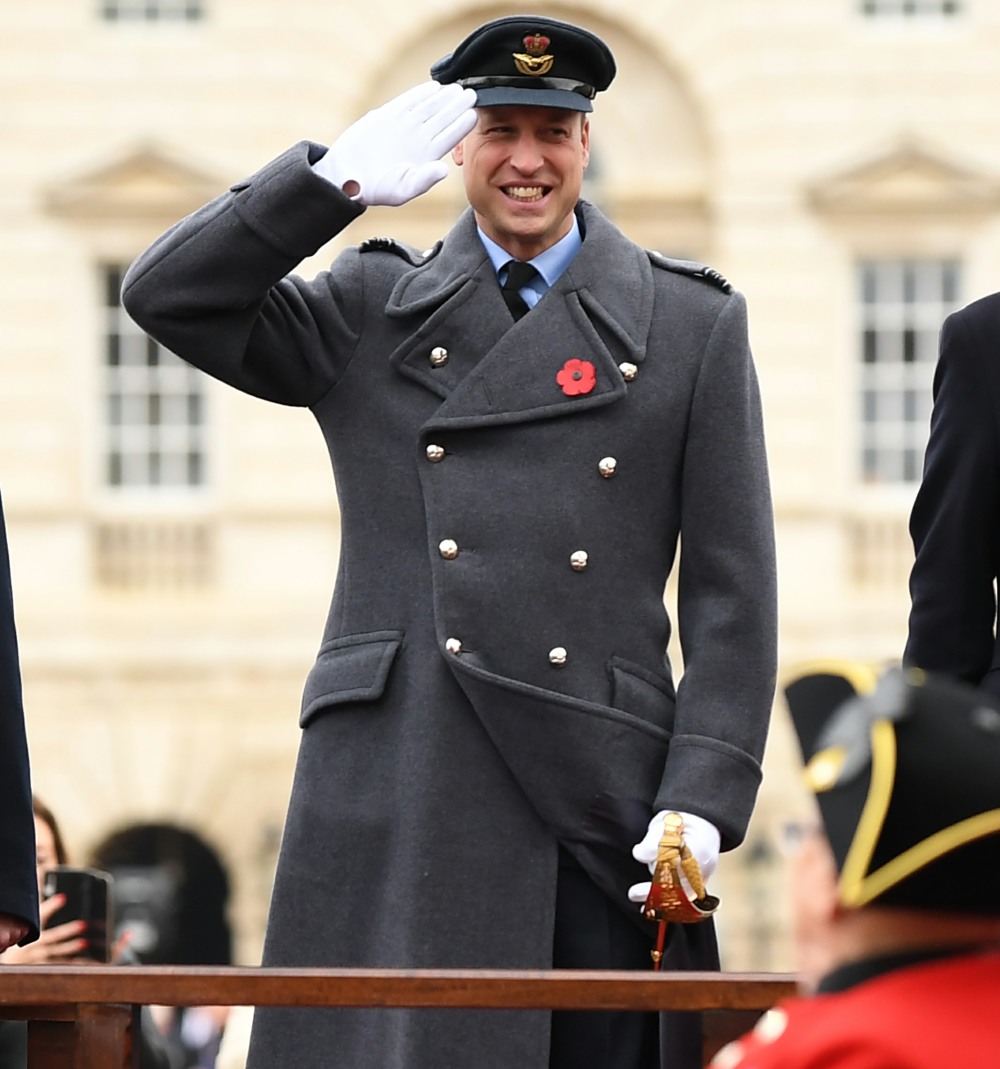 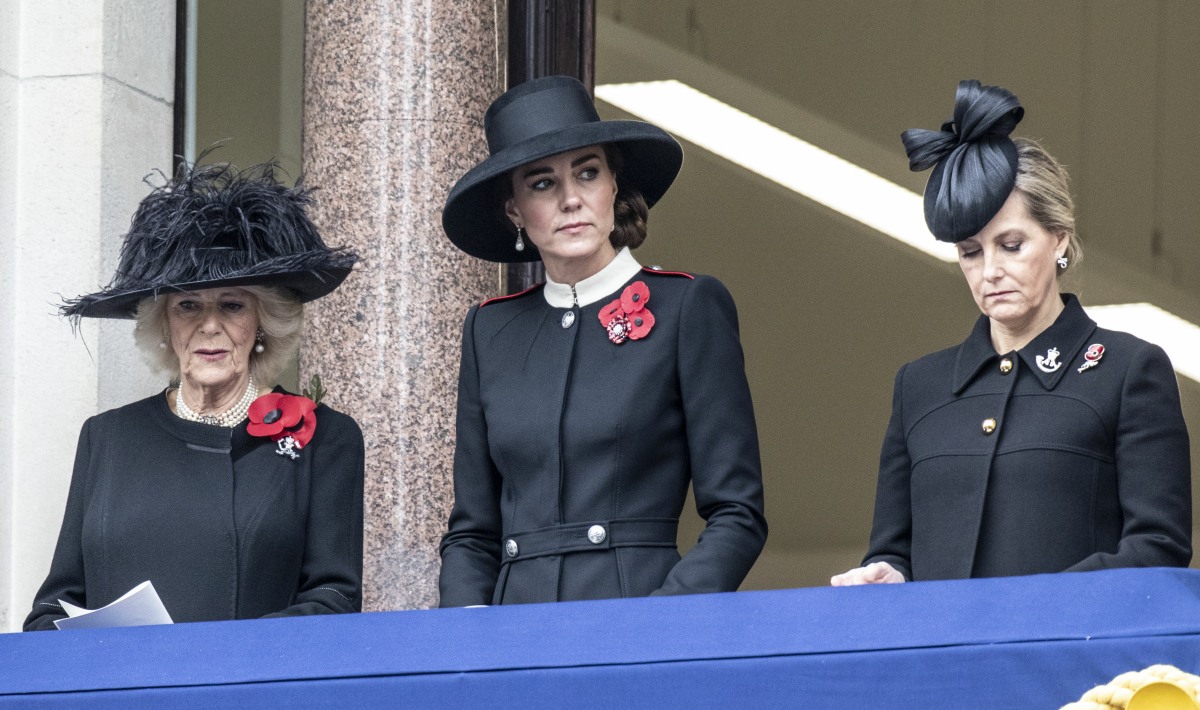