We heard a few months ago that the Duchess of Cornwall would appear on the cover of British Vogue to coincide with her 75th birthday in mid-July. I assumed that she would get the August cover, and that it would be released on or around her birthday. All of that was false! Camilla agreed to a British Vogue profile and editorial, and the magazine buried it in the July issue, the same one with the Beyonce cover. While I have issues with the Salt Island royals, I’m kind of disappointed that Camilla didn’t get the cover. It’s so ageist to assume that Vogue subscribers can’t handle seeing a 70-something woman on the cover. Camilla was photographed in Clarence House, and the Vogue interviewer spoke to her there, plus they followed Camilla around to some events. There’s a big chunk of the interview devoted to Camilla’s work with rape crisis centers and domestic abuse charities. Which is smart. You can read the full piece here. Some highlights:

Camilla is allergic to fuss. “I did have some [press-on] nails, but I lost them all gardening yesterday.”

On turning 75: “Who wants to be 75, really, but there’s nothing we can do about it.” She says she no longer gives much thought to birthdays passing. “I let them come and go. I mean I’d be very happy to turn back the clock. When you get to any big number, whether it’s 30, 50, 70, you think: ‘God, that’s so old.’” She pauses, then says, “You know, my mother died when she was 72, so I’ve out-lived my mother, which is quite strange.” Are there good things about your seventies? “Well, I think you can’t do much more about yourself. You’ve done what you can. I think you just accept that you are who you are. You get to be a 75-year-old.”

Her five grandchildren, aged from 12 to 14: She loves texting with them. “It’s very nice getting a text. We learn from very young people and they learn from us, too. That’s the way it’s always been. You know the nice thing about being a grandmother is that you can spoil them occasionally, give them more of the things that their parents forbid them to have. One’s at a school very near my house, so when I am in Wiltshire and her parents are away, I can nip over and pick her up and take her home. The girls are beginning to get into clothes and make-up and, you know, it’s rather frightening when you see them, coming out with pierced ears and a lot of new make-up and funny-coloured hair and stuff.”

She will never pierce her ears: Famously, the Duchess’s ears remain unpierced. “And they are not going to be! No, I’m not going to give it to myself for a 75th birthday present. [The grandchildren] will try to persuade me, but nothing’s going to pierce my ears.”

She does Wordle: “I do Wordle every day with my granddaughter. She’ll text me to say, ‘I’ve done it in three’, and I say, ‘Sorry, I’ve done it in two today.’ It’s very satisfactory when it tells you how brilliant you are.”

Her work with abuse survivors: “I think we all know somebody who it’s happened to. I was hearing it too often, from friends who knew friends, and I thought maybe I ought to look into it to see if there was somewhere for me to help.”

She visits privately with refugees: “Also, whenever we go on a trip, we try and find refuges, wherever it is in the world, and go and see people. It’s interesting to see what’s happening in other countries.”

Her “Duchess of Cornwall’s Reading Room” Instagram: It currently has 136,000 followers on Instagram. “I hardly knew what Instagram was… I didn’t even know where to find it or how to get on it. We battled a lot to get it going. To my complete amazement, it took off. What’s so wonderful is it took off all round the world, and now I get letters from Papua New Guinea to the tip of Chile. It’s a real community.”

Being one of the most reviled women in the world at one point: “It’s not easy. I was scrutinised for such a long time that you just have to find a way to live with it. Nobody likes to be looked at all the time and, you know, criticised and…” she drifts off for a moment. “But I think in the end, I sort of rise above it and get on with it. You’ve got to get on with life.”

She talked a lot more about the people she’s met and the young people who inspire her. She was asked about whether she considers herself a feminist and she says of course she is. I know that the work she does with abuse survivors is a conscious effort by Clarence House to make her more sympathetic, but I do think she actually cares a great deal about those issues. Now, refugee issues? Not so much. “It’s interesting to see what’s happening in other countries” – that’s what she’s gotten from privately meeting with refugees? Jeez. Anyway, I got really sad reading this interview because I kept thinking about Diana, and how much she would have loved seeing her grandchildren and living a full life and all of that. To the victor go the spoils, that’s Camilla’s life story. 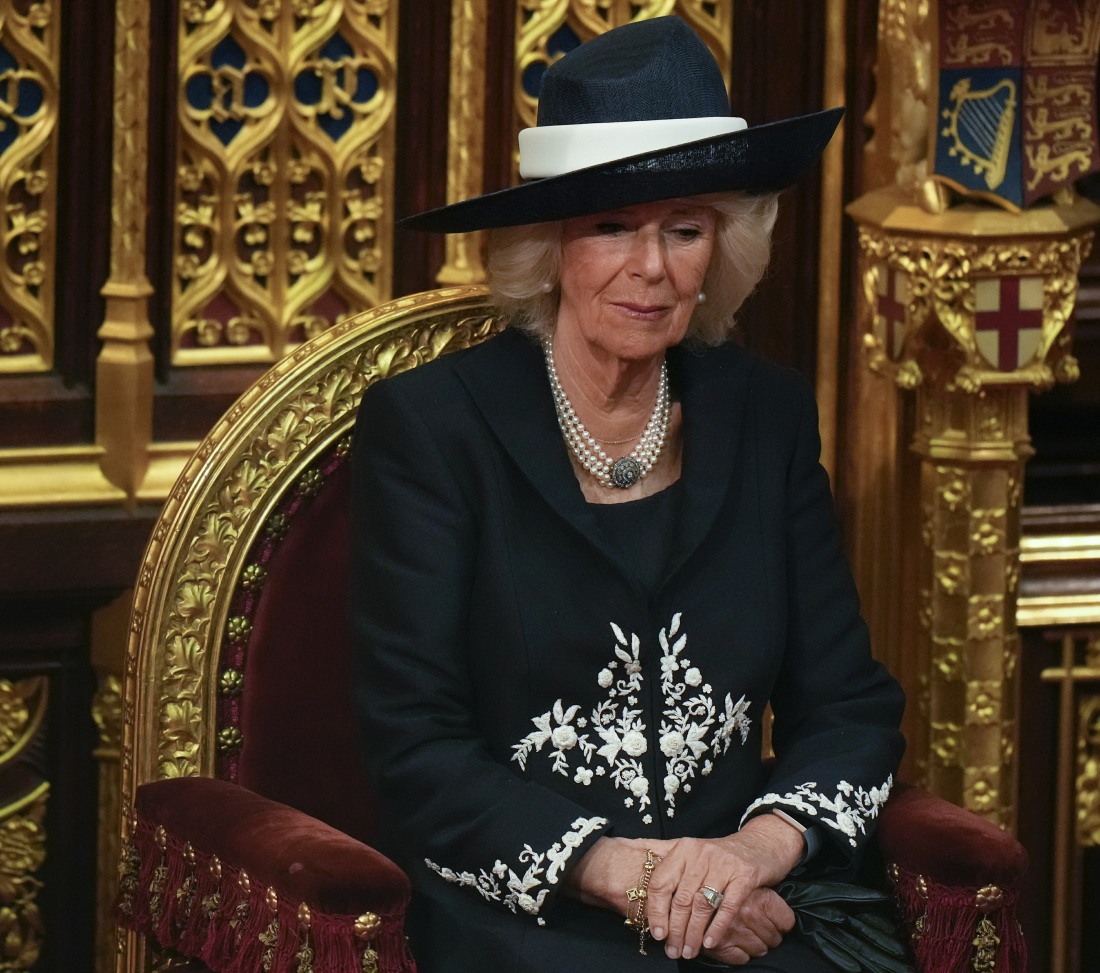