She is locked down in an Air Bnb with her other half Anwar Hadid in London.

And Dua Lipa made the most of the weather in the UK on Wednesday, as she soaked up the sun in the garden of their rented home and documented it on Instagram.

The singer, 24, was flaunting her incredibly toned frame, as she lounged on a colourful blanket on the grass wearing a vibrant bikini. 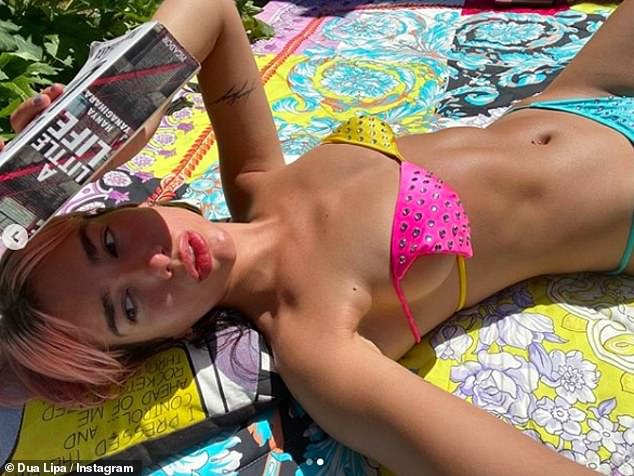 Tan time! Dua Lipa made the most of the weather in the UK on Wednesday, as she soaked up the sun in the garden of their rented home and documented it on Instagram

Dua had appeared to have caught a tan during the recent good weather and showcased her glow the in the colourful two-piece.

The tiny bikini consisted of a triangle-style pink and yellow top embellished with gems, teamed with a pair of turquoise bottoms.

Dua went make-up free and showcased her natural beauty, while accessorising her look with a baseball cap and a pair of hoop earrings.

The One Kiss hitmaker revealed she was unwinding during lockdown by taking the time to start a new book called, The Little Life. 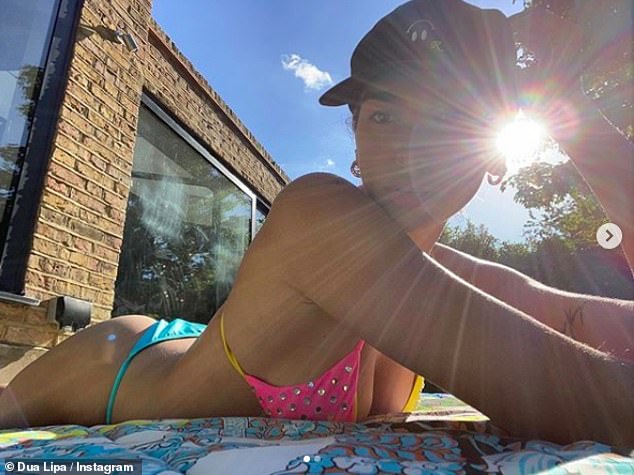 Chilling: The singer, 24, was flaunting her incredibly toned frame, as she lounged on a colourful blanket on the grass wearing a vibrant bikini

She captioned the snap: ‘el scorchio in london todayyyyyy + started a brilliant new book called “a little life” – not just a sun shield.’

Despite the UK being under lockdown for several weeks, the brunette star has been making the most of her downtime with her boyfriend.

Dua took to Instagram to share a series of snaps from the celebration, which showed herself and Anwar mingling with her family at their home. 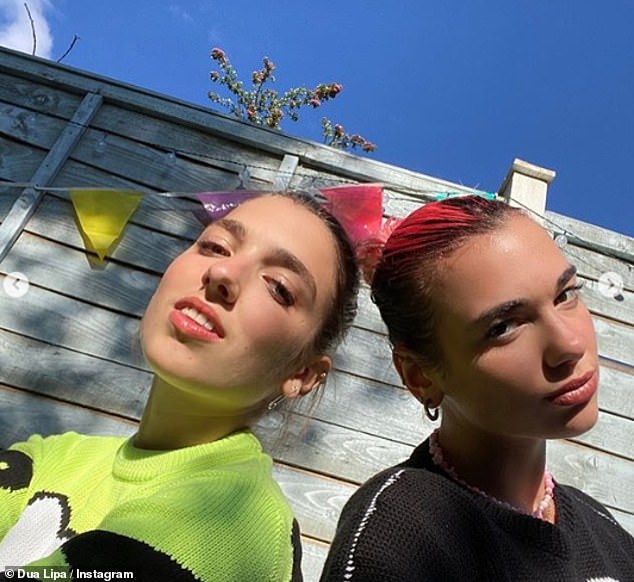 New Rules? Dua Lipa appeared to have broken the lockdown rules once again as she attended a family barbecue on Thursday to celebrate her sister Rina’s (left) 19th birthday

The pictures included Dua posing with her lookalike sister as she sported her newly-dyed red locks, indicating that the pictures were taken very recently.

Another image showed Dua smiling in between her mother and younger brother, while the star shared other pictures of her family larking around in the garden.

A further snap showed Dua and Californian beau Anwar blowing on a dandelion.

While others saw birthday Rina blow out the candles on her huge chocolate cake.

In a recent address to the nation, Prime Minister Boris Johnson announced Brits can visit a grandparent, a girlfriend or a boyfriend from outside their household if they sit two metres apart and remain outdoors.

The social distancing rule states people, excluding those who live together, should stay 2m (6ft 6in) apart from other people in a bid to tackle the deadly virus.

The nation has had to avoid meeting up with loved ones since March 16, a week before the full lockdown came in on March 23.

Last Tuesday, Dua and Anwar appeared to flout the UK government’s lockdown rules as they visited her parents’ home.

Dua and Anwar have been holed up in ‘a random Airbnb’ in the English capital, after returning home from her Australia tour to find her flat flooded. 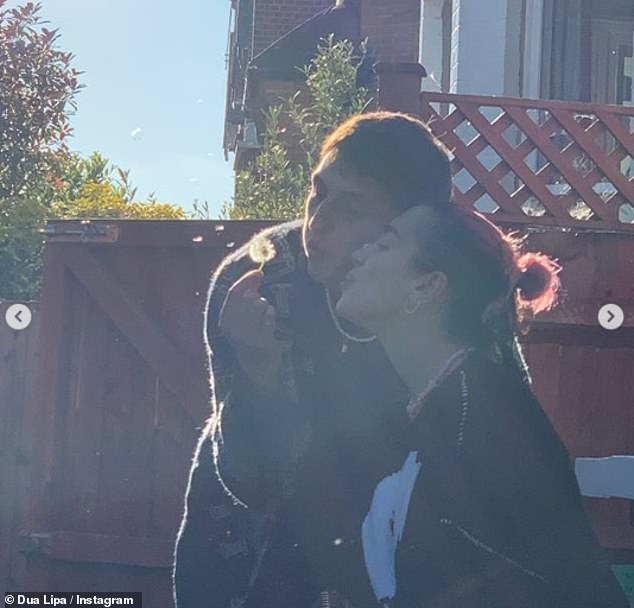 Out and about: A snap showed Dua and her American boyfriend Anwar blowing on a dandelion