Doctor Who returned for Jodie Whittaker’s final outing on Sunday.

And the episode, marking the BBC’s centenary, was jam-packed with stars from the show’s past who helped the actress’ time in the role come to an end in epic style.

During the action packed finale the Time Lord came face-to-face with many old faces, including her own in the form of Peter Davison, 71, Colin Baker, 79, Paul McGann, 62,  David Bradley, 80, and Sylvester McCoy, 79.

Taking to Twitter fans gushed over the reunions with one exclaiming that they were reliving their childhood. 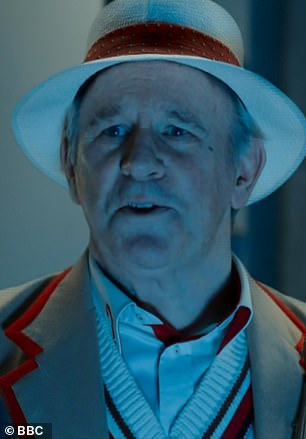 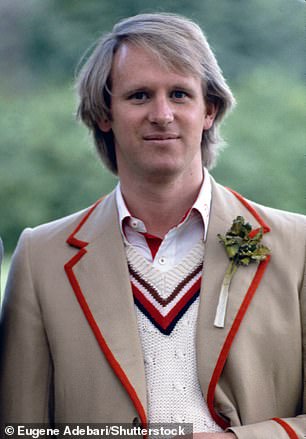 Back again: Sunday’s episode of Doctor Who was jam-packed with stars from the show’s past who helped the actress’ time on the show come to an end in an epic style (Peter Davidson pictured left in the show, right in 1981)

Bradley Walsh also made a return made a return as the hapless Graham, splitting sides as he introduced himself as a ‘friend of the Doctor and former busman’.

Elsewhere fans were rewarded with not one but who companions from the original series as Ace (Sophie Aldred) and Tegan (Janet Fielding) turned up to save the world.

Paying homage to more former companions the show concluded with Yaz joining a support group for former friends of the Doctor. 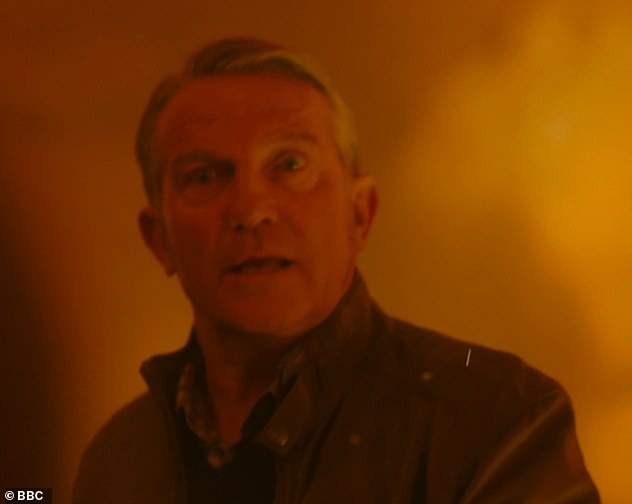 Back for more: Bradley Walsh also made a return made a return as the hapless Graham, splitting sides as he introduced himself as a ‘friend of the Doctor and former busman’

According to The Mirror Show-runner Chris Chibnall Tom Baker, now 88, who famously played the scarf wearing Time Lord between 1974 and 1981 was asked to reprise his role but ‘could not do it’.

He told the publication: ‘We asked Tom, but sadly he could not do it. He was not available. Such a shame.’ 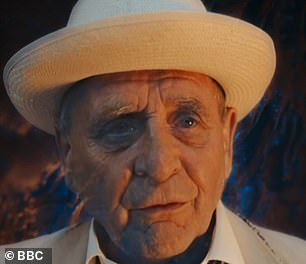 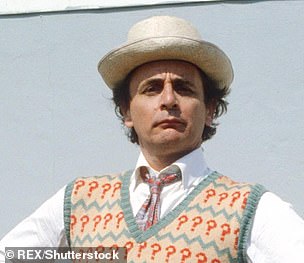 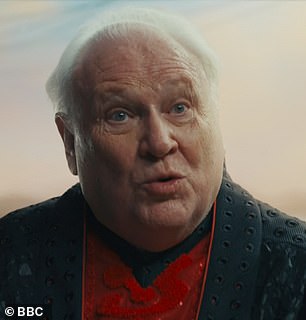 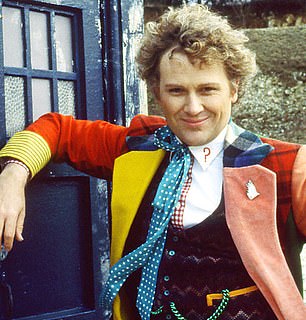 Colin back for more? Colin Baker famously played the Doctor from 1984 to 1986 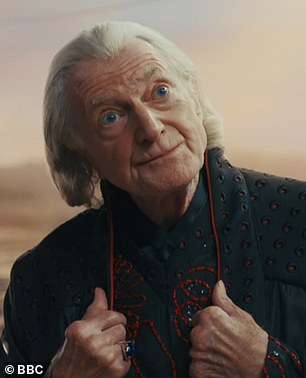 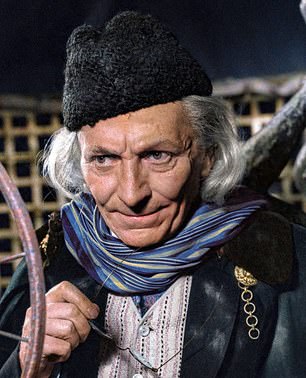 First Doctor: David Bradley reprised the role of the first doctor after taking over from the late David Hartnell 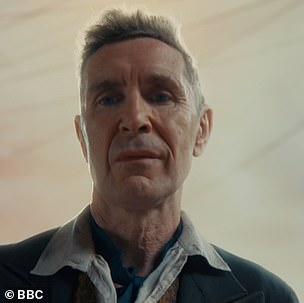 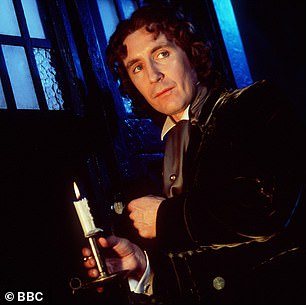 Don’t forget me: Paul McGann made an appearance (left) as the character after playing him in a 1996 special (pictured, right)

Speaking about the returning cast he said: ‘I wanted it to be classic Doctors and there’s not a huge amount of those. It was a bit of an instinct, and we asked them, and they said yes.’

Adding: ‘I didn’t tell anyone we were going to be doing it, I just put it in the script. It’s about as metaphysical as the show’s been. I just thought this was the moment we can ask’.

Following the episode taking to Twitter one fan exclaimed : ‘Ace was absolutely epic in this episode, her and Graham made such a good duo!’.

And: ‘When I look back on my 80s childhood we had some fantastic female role models on Doctor Who. And we saw two again tonight thank you for brining us more Tegan and Ace. Pitch perfect and looking fab!’. 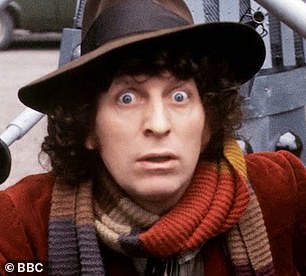 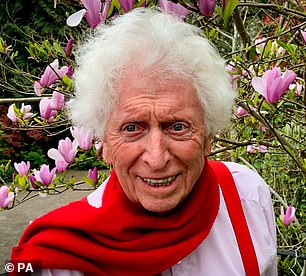 Shame: According to The Mirror Show-runner Chris Chibnall Tom Baker, now 88, who famously played the scarf wearing Time Lord between 1974 and 1981 was asked to reprise his role but ‘could not do it’ (left, pictured in 1980 right in 2022 )

More agreed writing: ‘I loved Tegan and Ace being reunited with their Doctors and making peace with them’.

One more said: ‘Seeing the classis doctors back on screen, wearing their outfits, after all this time, was a thing of beauty. Especially the scenes between 5 (Peter Davison) and Tegan 7 (Sylvester McCoy) and Ace. Honestly this episode was perfect’. 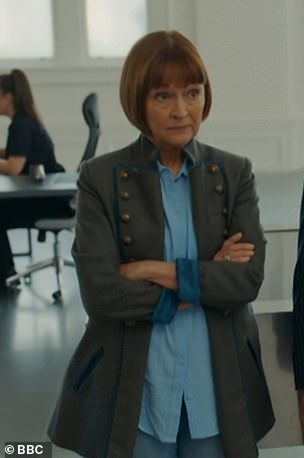 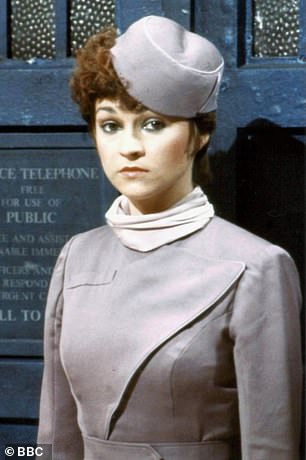 Companions: Elsewhere fans were rewarded with not one but who companions from the original series as Ace (Sophie Aldred) and Tegan (Janet Fielding, pictured) turned up to save the world. s (right, pictured in 1981) 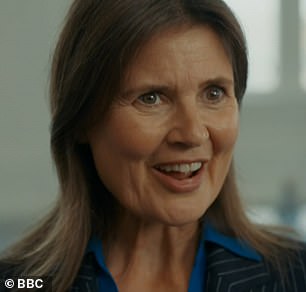 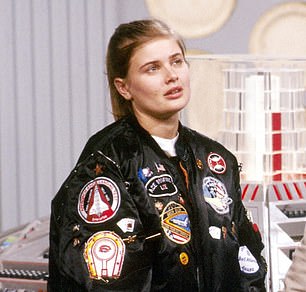 Acing it: Ace (Sophie Aldred) returned after hopping into the Tardis from 1987 to 1989

While another wrote: ‘Graham Yaz and the Doctor reunite!’.

It comes after David Tennant returned to the lead role in Doctor Who on Sunday as Jodie Whittaker bowed out after five years.

Despite not being ready to regenerate Jodie’s Doctor exclaimed: ‘The blossomiest blossom. That’s the only sad thing. I want to know what happens next. Right then, Doctor Whoever-I-am-about-to-be. Tag, you’re it. 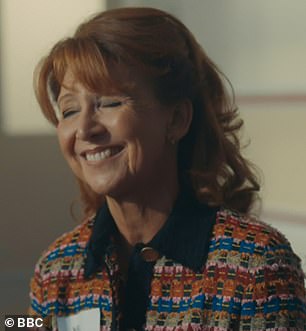 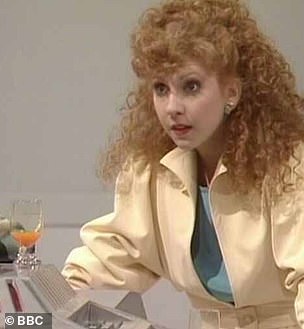 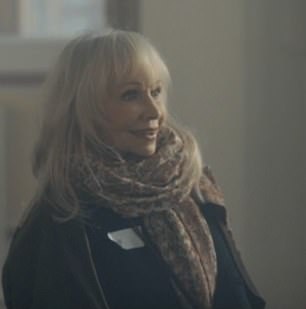 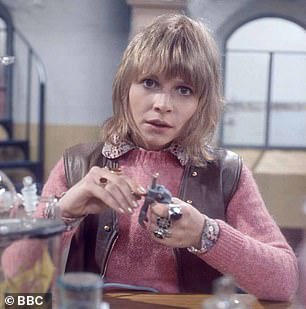 Hello! Katy Manning (left) also celebrated the show as she reprised her role as Jo Grant (pictured right in 1972) 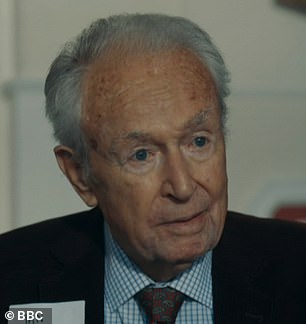 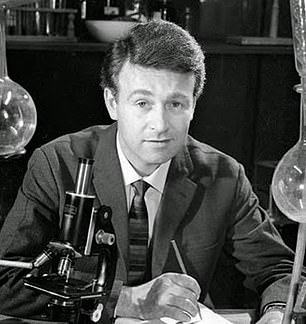 Incredible: 97-year-old actor starred as Ian Chesterton way back in 1961 for four years

With power and energy shooting from her limbs she then became a familiar face in the form of David Tennant’s Time Lord.

The newly regenerated ran his fingers over his teeth and said ‘I know these’ clearly perplexed as he returned to his former body.

David is returning to the role after bowing out in 2010, returning three special episodes airing in November 2023, will also star Catherine Tate before Sex Education’s Ncuti Gatwa takes control of the Tardis. 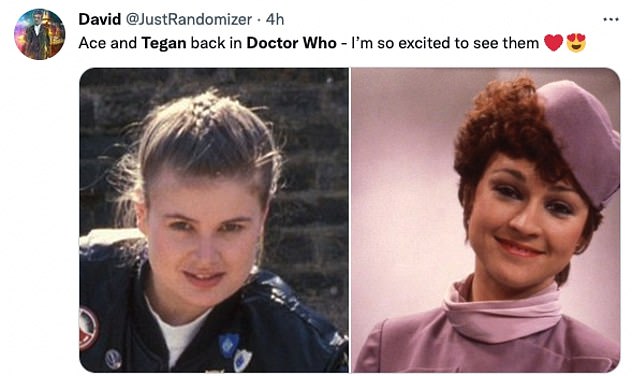 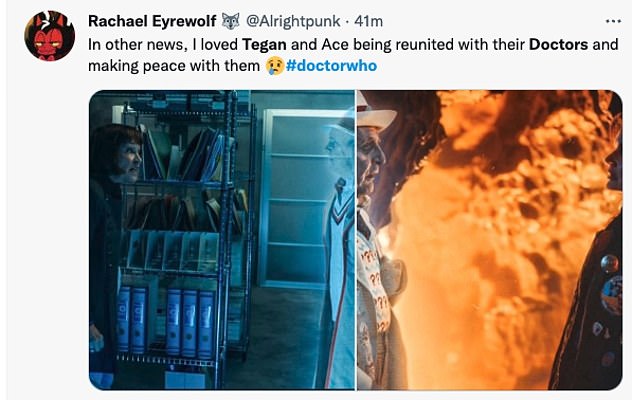 Loving it: Viewers took to Twitter delighted by the returning stars

The show ended with a short trailer for the new series that will hit screens sometime in 2023.

Following the episode returning show-runner Russell T Davies said: ‘If you thought the appearance of David Tennant was a shock, we’ve got plenty more surprises on the way!’

‘The path to Ncuti’s Fifteenth Doctor is laden with mystery, horror, robots, puppets, danger and fun! And how is it connected to the return of the wonderful Donna Noble? How, what, why? We’re giving you a year to speculate, and then all hell lets loose! ‘ 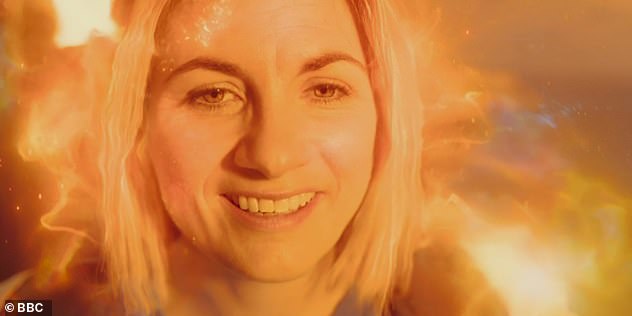 Beaming:  The Doctor exclaimed: ‘The blossomiest blossom. That’s the only sad thing. I want to know what happens next. Right then, Doctor Whoever-I-am-about-to-be. Tag, you’re it. 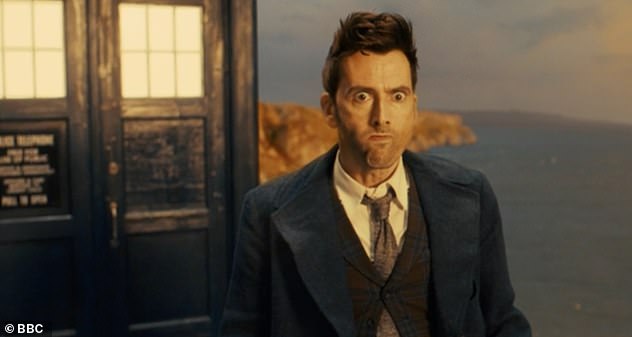 Back! The character regenerated into famous face David Tennant, who is returning to the show for three special episodes airing in 2023