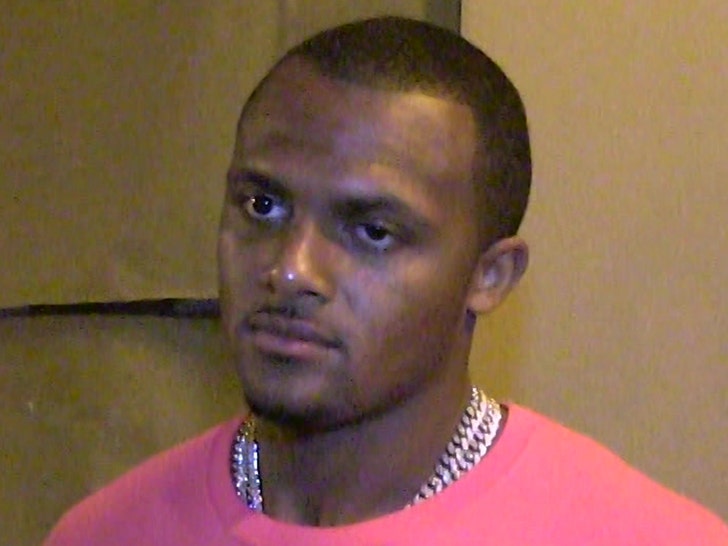 Deshaun Watson‘s alleged sexual misconduct against female masseuses now spans over FOUR states … a new accuser in Arizona is claiming the NFL star was inappropriate with her during a session in 2020.

The woman — using the pseudonym “Jane Doe” — spelled out her accusations in a new lawsuit filed against the Texans QB late Tuesday … claiming Watson has “a disturbing pattern of preying on vulnerable women.”

In the suit — which is now the 21st levied against Watson in the last two weeks — the woman says Deshaun reached out to her over Instagram in July 2020.

Doe says the two eventually agreed to a Swedish massage in Scottsdale, but she claims just minutes into the session … Watson became inappropriate.

In the suit, the woman says Watson asked her to massage him in a sexual way … and after she declined his advances — she says the quarterback put an end to the session.

The woman claims she felt “extremely uncomfortable and intimidated” by Watson … and also felt “violated, degraded and disgusted.”

In her suit, Doe is suing Watson for unspecified damages.

Watson has now been accused by female massage therapists of inappropriate behavior in Georgia, Texas, California and Arizona.

And, the attorney representing the accusers, Tony Buzbee, has intimated more suits could be on the way.

For his part, Deshaun has denied any wrongdoing … with his attorney, Rusty Hardin, saying earlier this month, “I believe that any allegation that Deshaun forced a woman to commit a sexual act is completely false.”