Demi Moore brought her dog Pilaf inside the world-famous Louvre museum despite strict rules prohibiting animals inside the building.

Moore, 59, posted photos of her canine in front of the priceless Mona Lisa painting and tucked into her blouse to her Instagram account on Wednesday, prompting fans to wonder how the actress was able to bring Pilaf inside in the first place.

DailyMail.com has reached out to Moore’s representatives for comment regarding the matter. 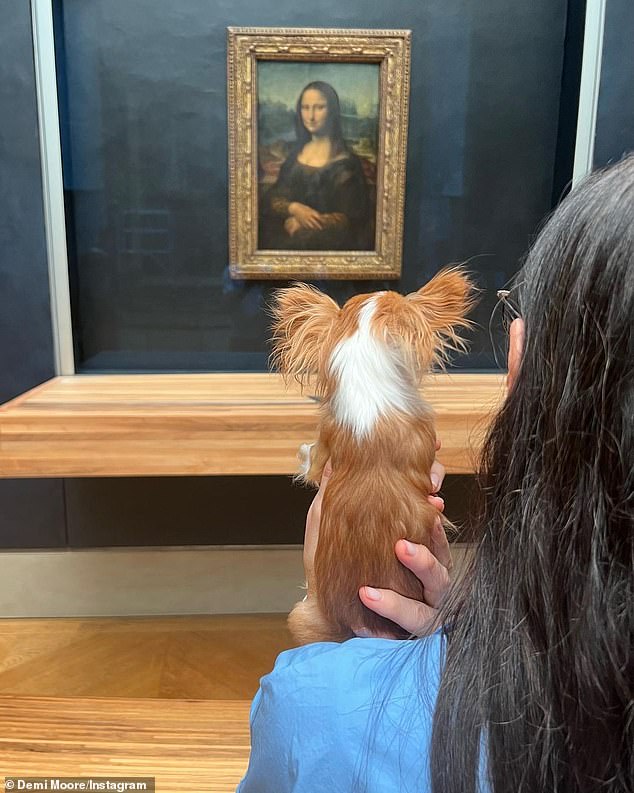 That’s a no no! Demi Moore brought her dog Pilaf inside the world-famous Louvre museum on Wednesday despite strict rules prohibiting animals inside the building

The Louvre’s website specifically states all animals – with the exception of guide and assistance dogs – are prohibited from entering the museum.

‘All animals, with the exception of guide dogs or assistance dogs accompanying persons with motor or mental impairment,’ the website states under their ‘Prohibited Items’ list.

In the photos, Demi held her furry friend before the Leonardo da Vinci painting and had him nestled in her open blouse as she posed before various statues.

Not a single other person was seen in the photos, suggesting Demi may have been on a private tour of the museum. 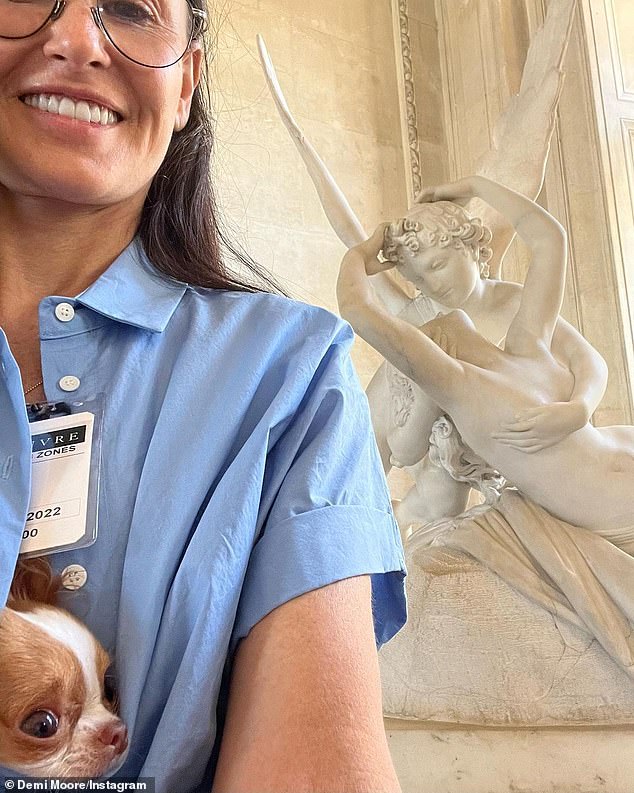 What happened? Moore brought her dog inside the museum which specifically prohibits animals – with certain exceptions – from entering the building 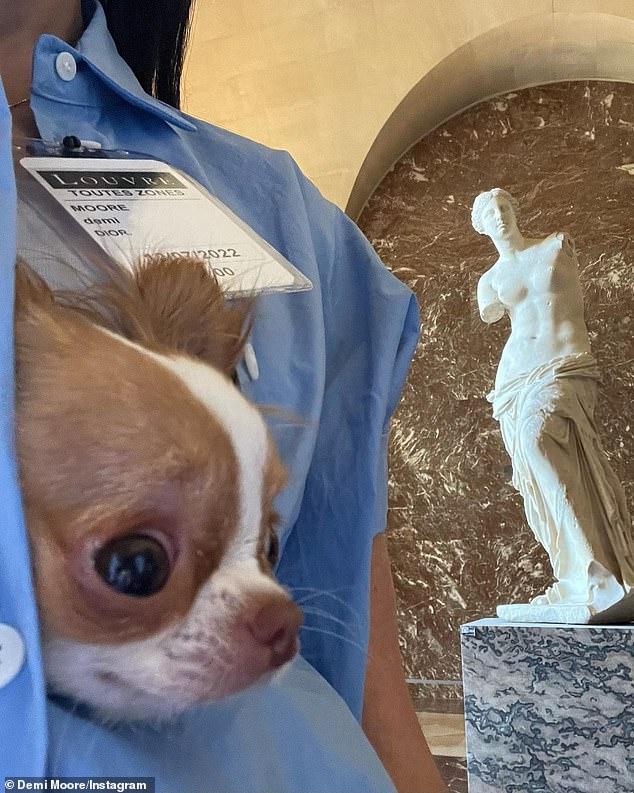 ‘Pilaf takes the Louvre,’ Moore caption the carousel of images.

Eyebrows were raised in the comments section where fans wondered how Demi was able to bring her dog inside the museum despite their rules.

‘A dog in the best museum?’ one fan asked.

‘How on earth are you allowed to bring a dog into the Louvre…?’ another posted. 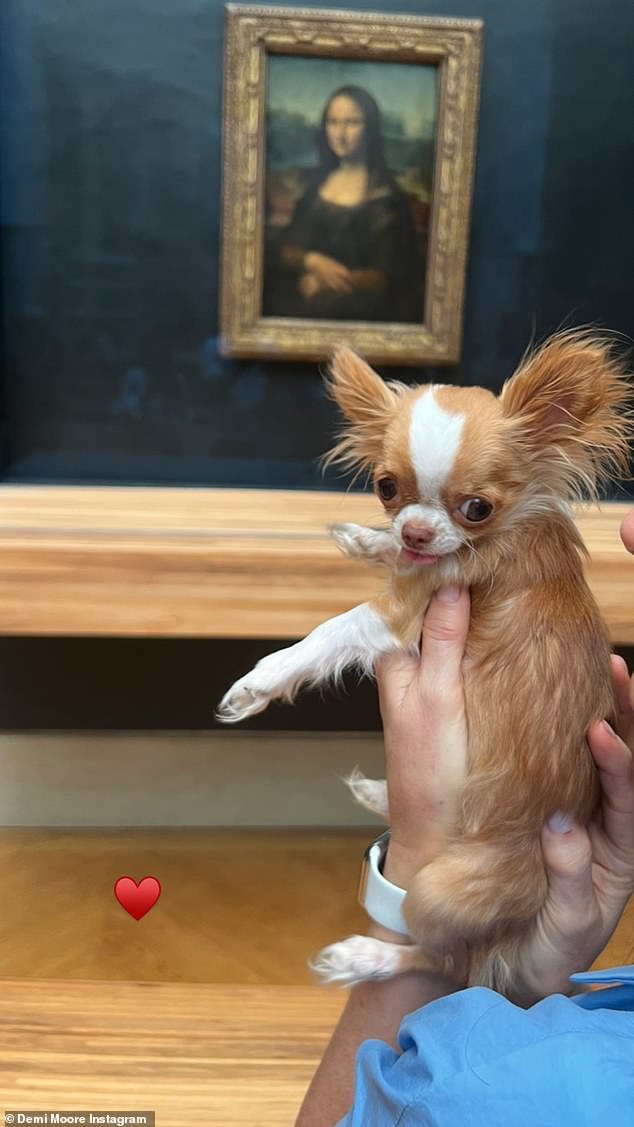 Art lover: Moore held the pooch up in front of the iconic Mona Lisa painting 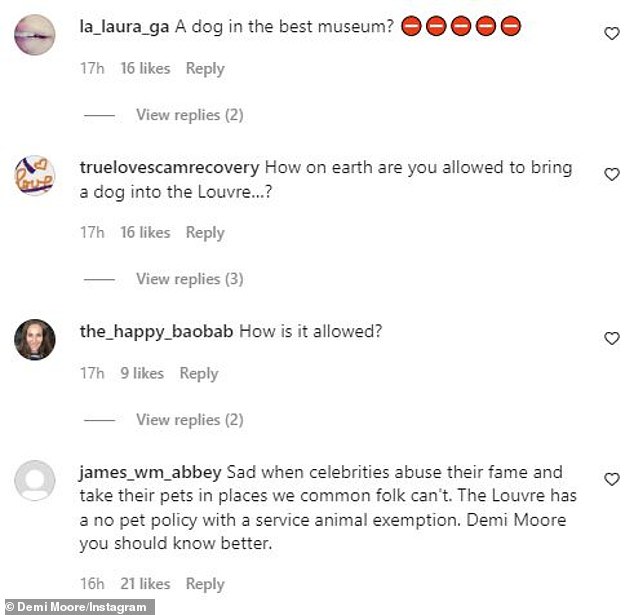 ‘How is it allowed?’ Fans raised the museum’s pet rules in the comments section

‘Sad when celebrities abuse their fame and take their pets in places we common folk can’t. The Louvre has a no pet policy with a service animal exemption. Demi Moore you should know better.’

The Louvre isn’t the only place Demi has taken Pilaf to.

Last month, Demi posted photos of her with Pilaf on the set of her movie and at the 2022 French Open finals. 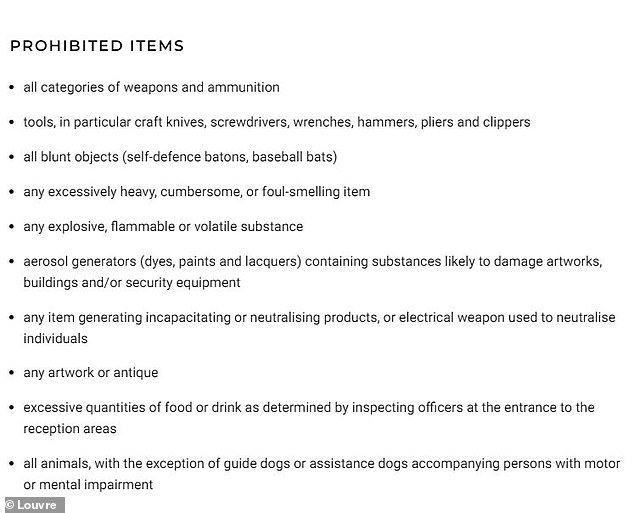 The dog was tucked into her bathrobe in photos from her movie set and sat on her lap as she watched the tennis match.

Demi is a huge animal lover, and last year revealed she was taking care of nine dogs at her Idaho mansion.

The GI Jane actress shared a photo of her hanging out with her pooches, though Pilaf was not among them. 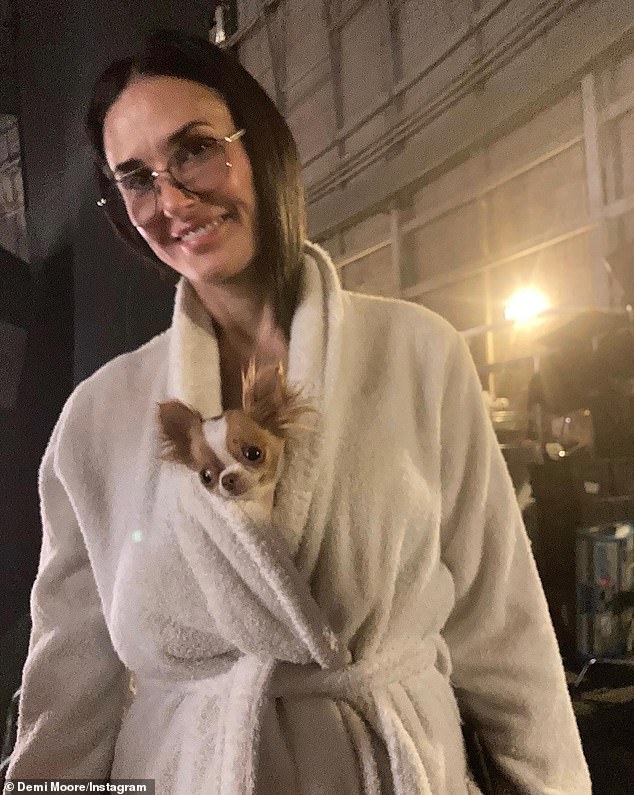 Quiet on the set! Moore brought Pilaf with her on the set of her movie last month 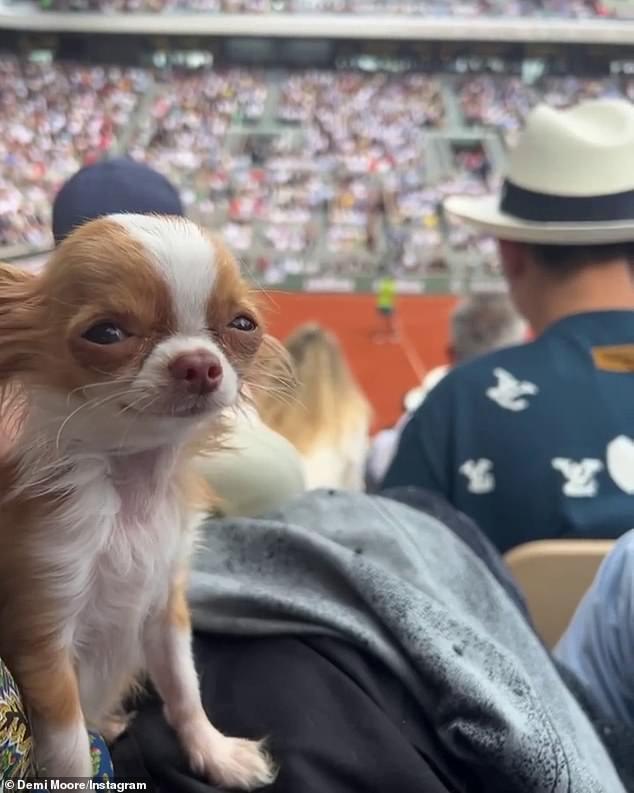 Having a ball! The tiny dog also joined Demi at the 2022 French Open finals 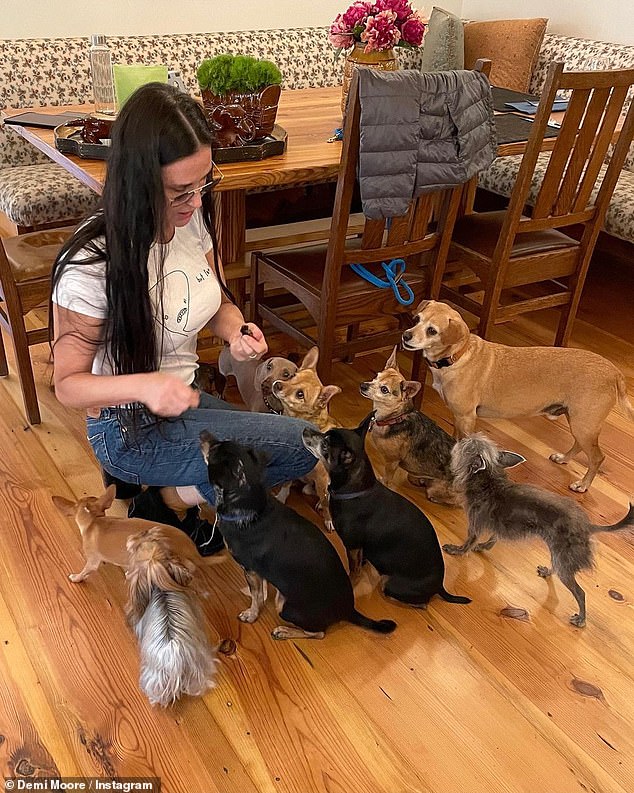 In 2019 Moore opened up to Women’s Wear Daily about her life with her dogs and being open to love again.

‘I hope that there is a partner in my future when it’s the right time. I think we’re a communal species — we’re not supposed to be alone — although I’ve gotten very comfortable alone — me and my seven dogs. My aunt gave me a pillow that says ‘I sleep with dogs’ and I do, but maybe I can make a little room in the king-size bed.’