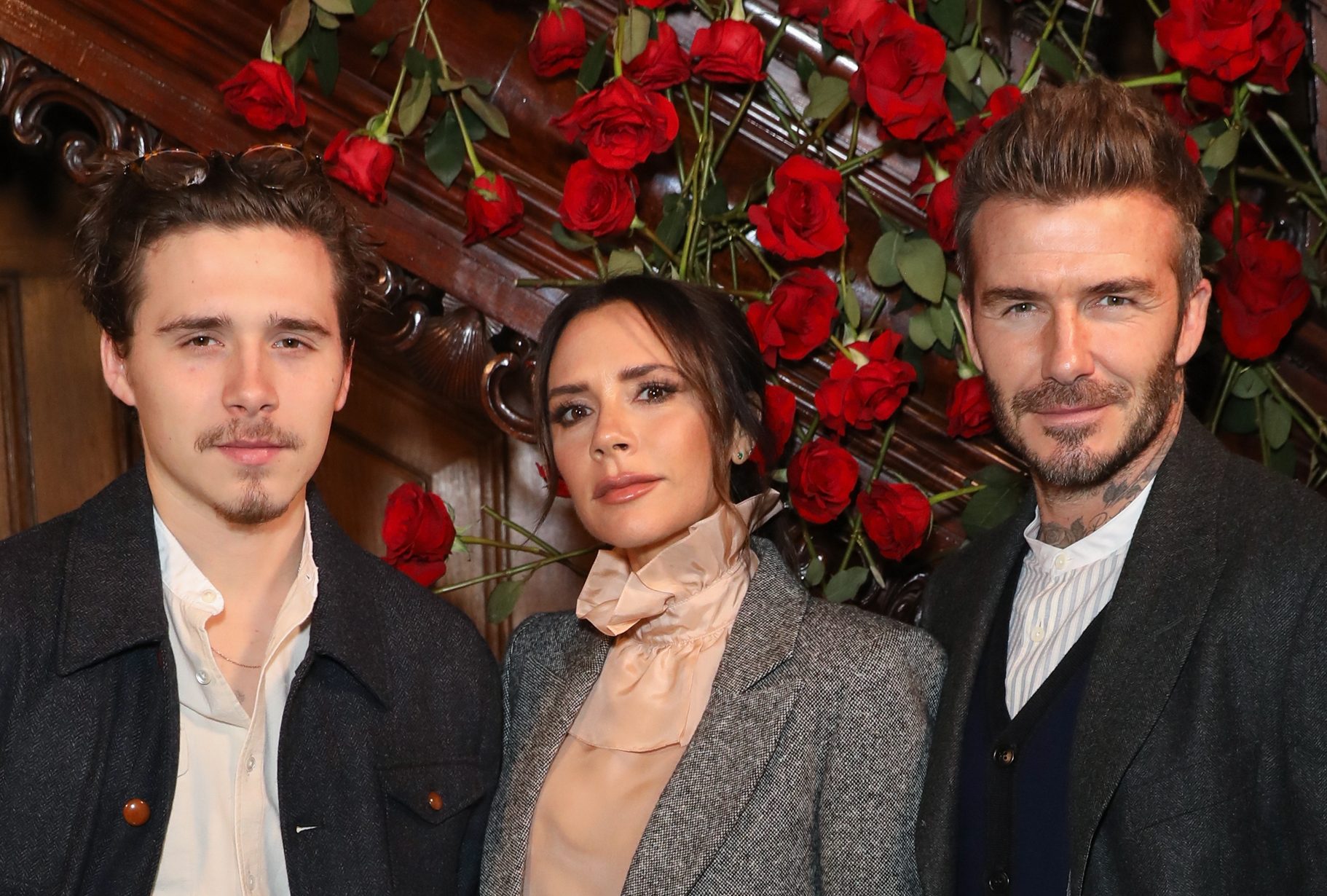 Brooklyn Beckham and Nicola Peltz became Mr And Mrs Peltz Beckham after saying ‘I do’ at their lavish wedding in Miami’s Palm Beach over the weekend.

And as more details emerge of the lavish event, it’s been said a very proud father of the groom David Beckham ‘shed a tear’ as he delivered a speech in honour of his 23-year-old son at the reception.

According to reports, the football legend got ‘choked up’ with emotion as he remembered the day his eldest child was born in 1999, the same year he married Victoria Beckham.

A source claimed: ‘David’s speech went on for about five minutes and he looked to shed a tear at one point.

‘He was talking about when Brooklyn was born and how he wanted to protect him. He said he was sleeping on the hospital floor, holding the door shut because he didn’t want to let anyone get in.’

They added to The Sun: ’David got a lump in his throat and had to stop and take a breather to regain his composure, but it was a very sweet speech.’

He reportedly described his daughter-in-law, 27-year-old Nicola – who was styled by Leslie Fremar in Valentino, with her make-up by Kate Lee, and hair preened and perfected by Adil Abergel – as ‘incredible’, before paying tribute to the actress and adding: ‘We love you so much. We are excited that you’ll be part of the family.’

Proud dad David also shared an Instagram picture from the special day which featured himself and his three boys Brooklyn, Romeo and Cruz all suited and booted.

He added the heartwarming caption: ‘My beautiful boys 💙💙💙 & a very proud dad.. Congratulations Bust on a lifetime of happiness, we will always be by your side ❤️@brooklynbeckham @romeobeckham @cruzbeckham we love you @victoriabeckham ❤️ [sic]’

Brooklyn is said to have given a short speech too, but managed to hold back his emotion. However, it’s reported that he became a little overwhelmed when he saw Nicola walking down the aisle in her beautiful gown.

One attendee added to the publication: ‘When Brooklyn saw Nicola, he shed a tear. It was expected.’

The star-studded nuptials took place in Nicola’s family home, where the couple exchanged vows in a ceremony that honoured Nicola’s Jewish and Catholic parents.

It’s said the couple shared their first dance to a live rendition of Elvis Presley’s romantic classic Only Fools Rush In by South African artist Lloyiso, before the guests partied late into Sunday morning.

The following day, Brooklyn and Nicola headed for brunch at her family mansion, arriving in style in a classic blue convertible. The newlyweds are set to embark on their honeymoon soon, and are rumoured to be heading off to Europe.