David Beckham, 46, cuts a dapper figure in a black suit as son Romeo, 19, towers over him at The Blue Moon Gala for UNICEF UK

David Beckham and his son Romeo cut dapper figures as they stepped out to The Blue Moon Gala for UNICEF UK’s new annual end of year annual fundraising celebration at Outernet London on Wednesday night.

The former footballer, 46, wore a smart black suit as he arrived at the event, wearing a black tied to match his attire.

He wore a crisp white shirt and could be seen wearing a blue UNICEF badge on the lapel of his jacket. 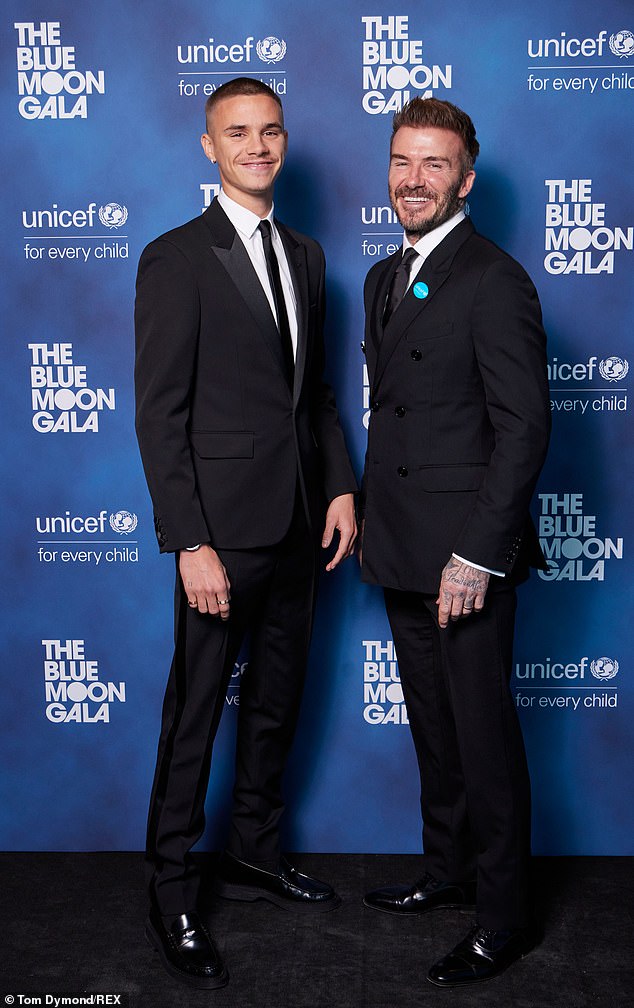 In style: David Beckham, 46, and his son Romeo, 19, cut dapper figures in black suits as they stepped out to The Blue Moon Gala for UNICEF UK at Outernet London on Wednesday night

His son Romeo, 19, who he shares with wife Victoria Beckham, 47, could be seen towering over his father as they posed at the event.

The model was dressed just as smartly as his parent, wearing a black suit, with his jacket featuring silky lapels.

He wore a white shirt and a thin black tie to complete his look while he had on a pair of perfectly polished shoes. 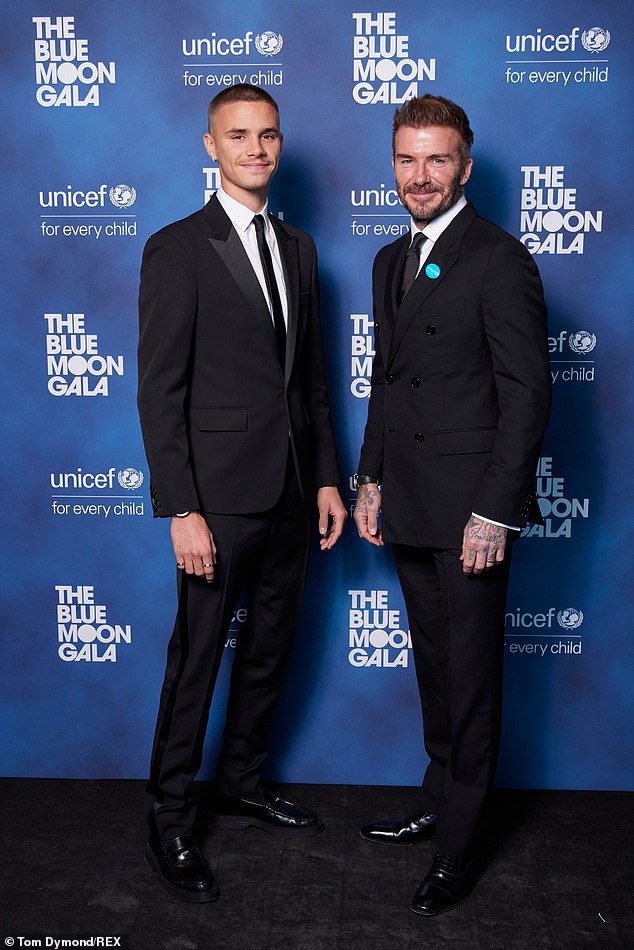 Life father, like son: Romeo, who David shares with wife Victoria Beckham, 47, could be seen towering over his father as they posed at the event

In addition to raising funds for UNICEF, also known as the United Nations Children’s Fund, the bash celebrated 75 years of the organisation.

David works closely with the charity, being a goodwill ambassador, and running 7: The David Beckham UNICEF Fund. 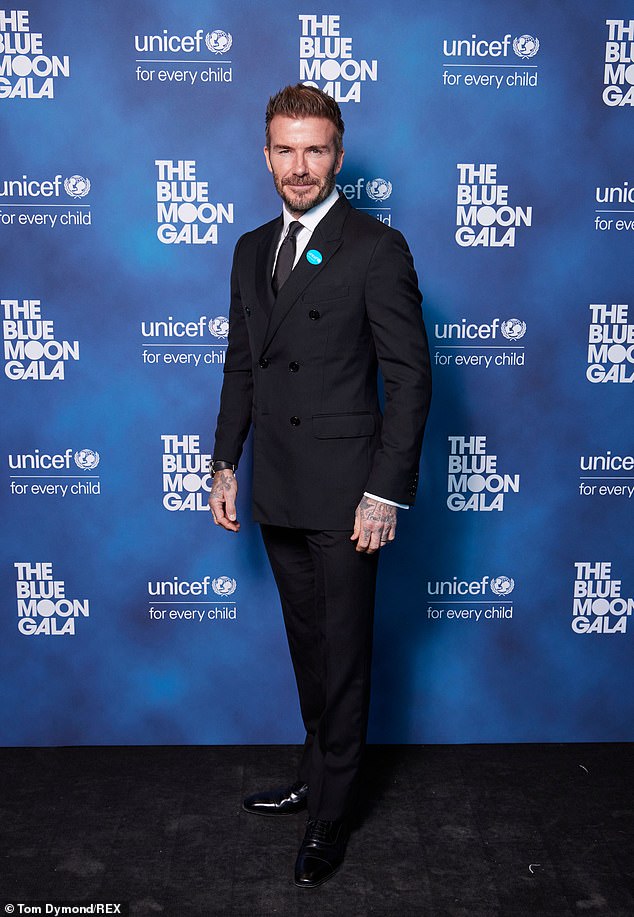 Looking good: David wore a smart black suit as he arrived at the event, wearing a black tied to match his attire

The money raised on Wednesday will go towards helping children around the world and responding to emergencies across the globe.

David and Romeo’s outing comes after Romeo’s model girlfriend Mia Regan, 19, modelled for his former Spice Girl mother, wearing some of the new items from her winter clothing range.

The fashionista looked glamorous as she wore a bright yellow jumper and mint green dress, posing up a storm at Victoria’s 36 Dover Street boutique in a clip shared by the designer on Instagram on Wednesday. 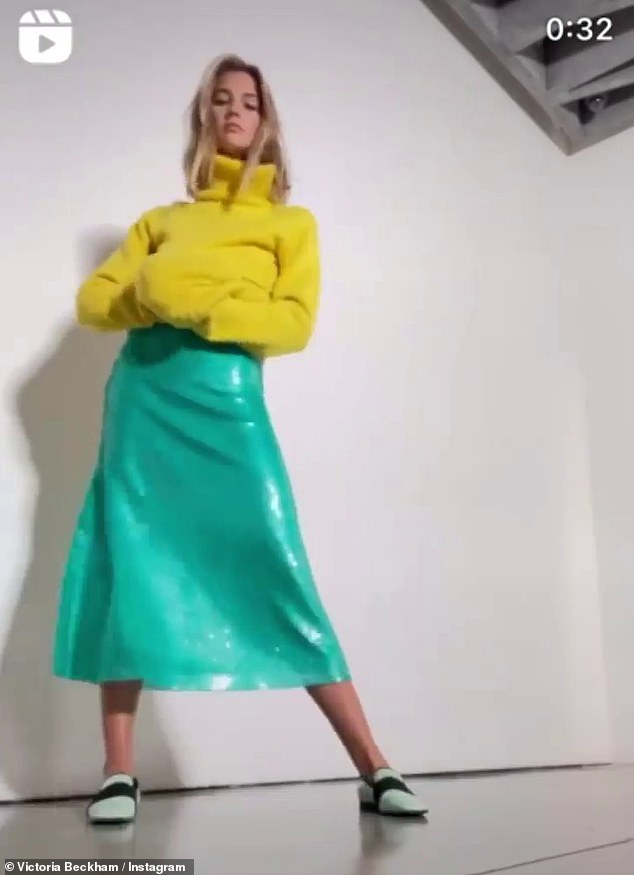 Strike a pose: Victoria Beckham, 47, enlisted the help of son Romeo’s model girlfriend Mia Regan, 19, to bring some glamour to her boutique in London on Wednesday