And Shirley Bassey dazzled as she attended the 71st Red Cross Gala in Monaco on Friday night.

The iconic singer, 82, looked incredible in a plunging emerald green ballgown adorned with geometric panels of sequins as she posed up a storm. 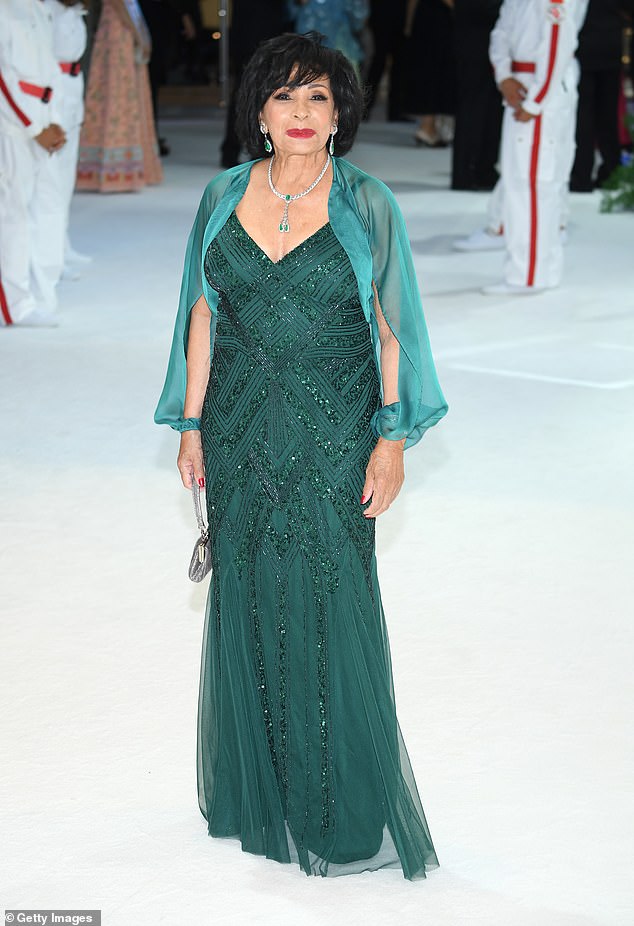 The beauty’s gown cinched in at her slender waist before flowing into an elegant tulle fishtail train.

She accessorised with a forest green semi-sheer jacket and a silver studded bag.

Her raven tresses were styled sleek and straight while her pretty features were enhanced with smoky shadow, fluttery lashes and a slick of scarlet lipstick.

The star added extra sparkle with a glittering diamond and emerald choker.

In May the songstress  was awarded with the freedom of the city of her hometown of Cardiff on Friday.

Shimmer: The iconic singer, 82, looked incredible in a plunging emerald green ballgown adorned with geometric panels of sequins as she posed up a storm 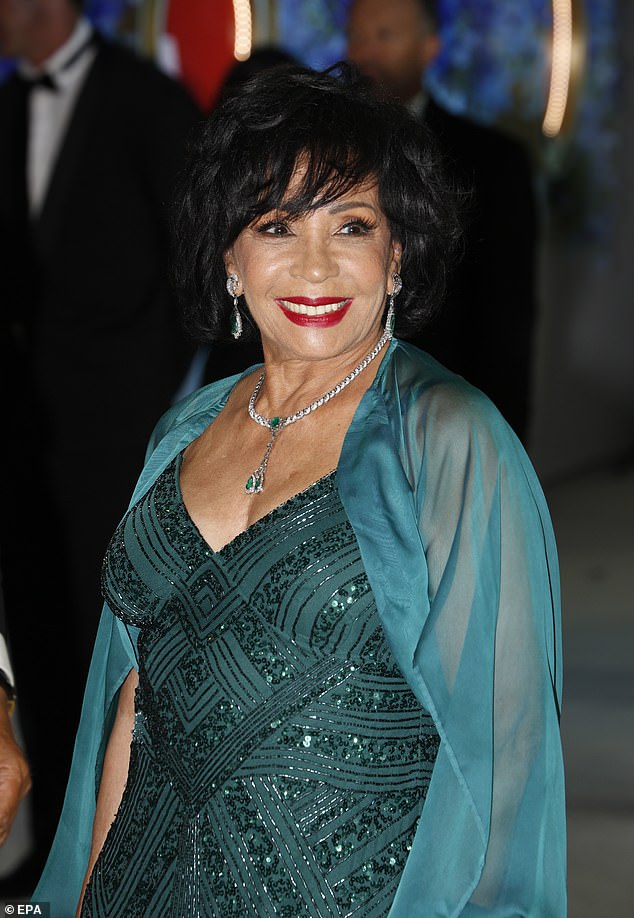 Emeralds are forever: Her raven tresses were styled sleek and straight while her pretty features were enhanced with smoky shadow, fluttery lashes and a slick of scarlet lipstick

The Welsh singer, 82, looked thrilled as she was presented with the accolade by the Lord Mayor of Cardiff during a special ceremony at Cardiff’s City Hall.

Shirley was born in Tiger Bay and grew up in Splott. She now resides in Monaco.

Speaking to waiting press and photographers, she said it was a ‘proud day’, adding that she was ’emotional’ and ‘nervous.’

She also told ITV Wales that the honour was ‘up there with getting her Damehood’.

Shirley was nominated for the award by council leaders who said the award was in recognition to her ‘service to Cardiff, Wales and her patronage of the Noah’s Ark Charity and of the Royal Welsh College of Music and Drama.’

She is reportedly the first ever member of the arts to be given the honour. 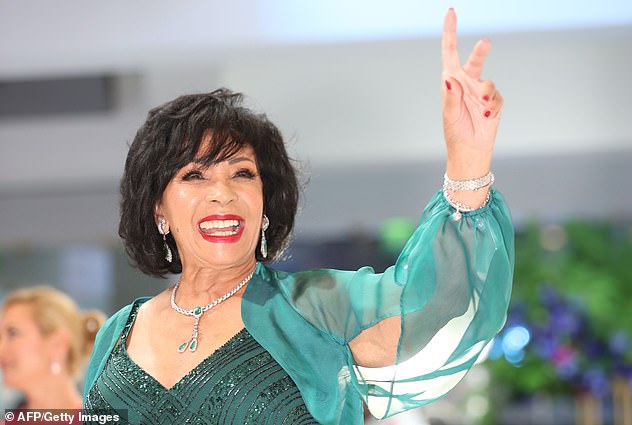 Peace out: Shirley flashed the peace sign as she addressed the crowd 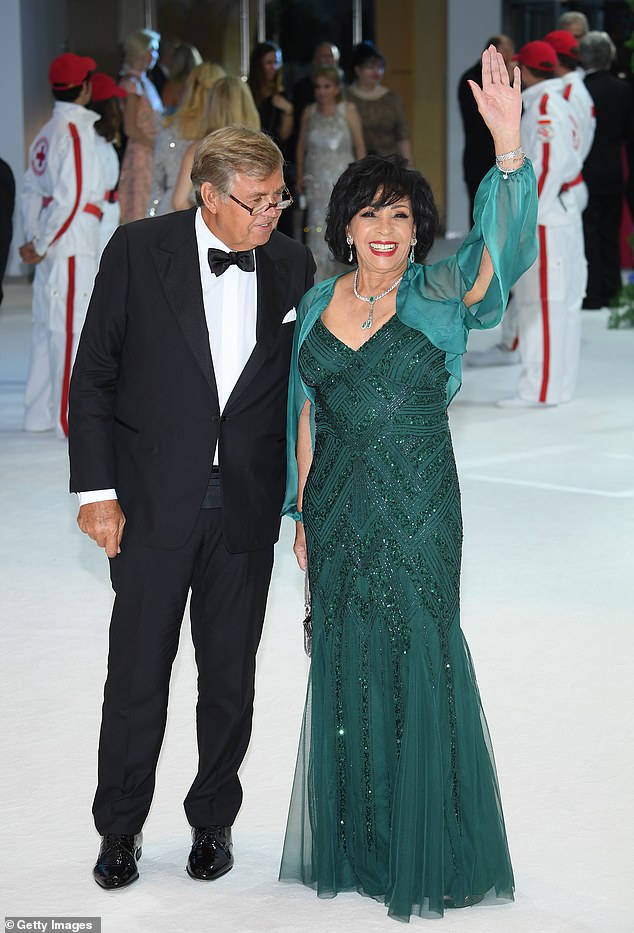 Looking good: Shirley looked flawless as she waved at the crowds

Cardiff council leader Huw Thomas said of the singer: ‘With a remarkable career spanning over seven decades, Dame Shirley is undoubtedly one of Wales’ greatest exports.

‘Presenting her with the honour of Freedom of the City, not only recognises her contribution to music but also acknowledges her continued support for the Welsh arts and her committed patronage to local charity, Noah’s Ark.’

He added: ‘Recognised as an international superstar, Dame Shirley has remained proud of her Cardiff roots and Welsh heritage. To name her as an honorary Freewoman of the City, celebrates her links to the city whilst expressing Cardiff’s pride for all that she has achieved.’

Shirley joins other famous faces including Nelson Mandela and Winston Churchill in receiving the accolade.

The singer scored her first number one in 1959 and went on to sell 135 million albums throughout her career. 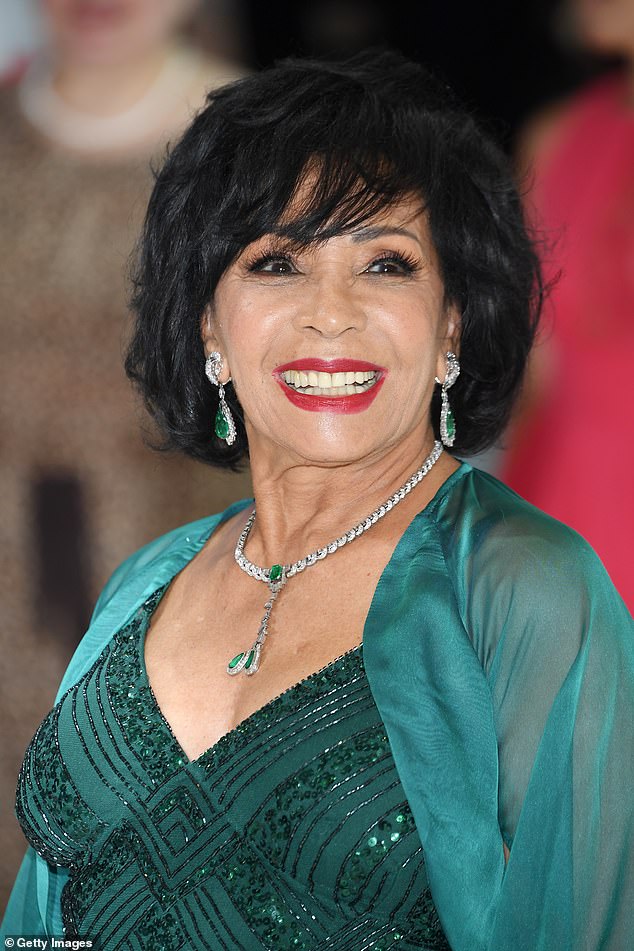 Smile: The star looked incredible as she posed up a storm on the red carpet