Dame Helen Mirren, 74, looks effortlessly chic in a white ruffled shirt and black pencil skirt as she steps out during Paris Fashion Week

She always puts on a stylish display both on and off the red carpet.

And Dame Helen Mirren looked effortlessly chic as she was spotted outside Hotel Mandarin in Paris during the city’s Fashion Week.

The 74-year-old wore a frilled white blouse tucked into an elegant black Edeline Lee at Fenwick pencil skirt with white buttons and matching a belt. 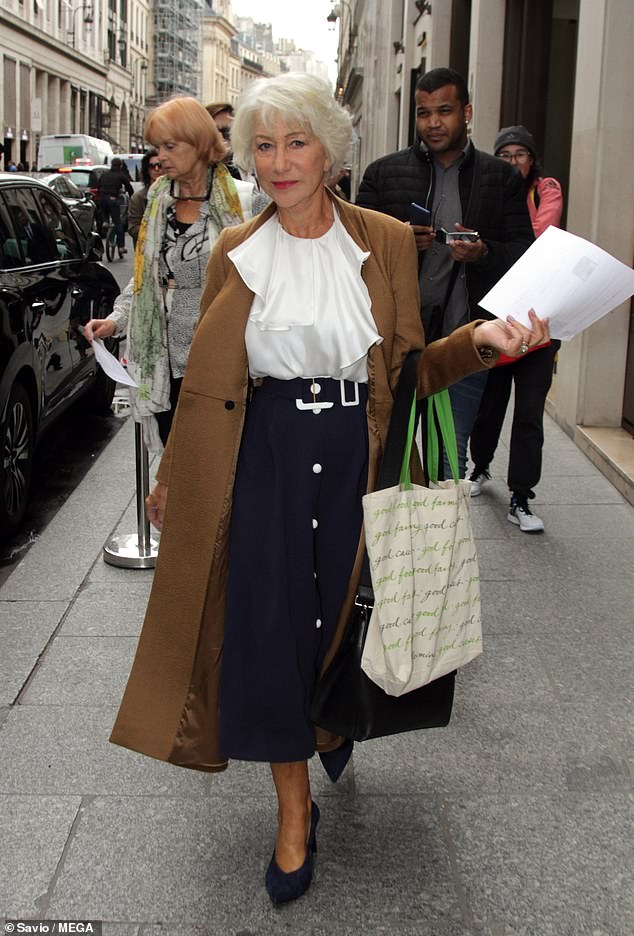 Stylish: Dame Helen Mirren looked effortlessly chic as she was spotted outside Hotel Mandarin in Paris during the city’s Fashion Week

The dame added a long brown coat over the ensemble, as she added height to her frame with a pair of black heels.

The Queen star flung a tote bag over her arm and clutched what appeared to a script titled ‘Talking points’ with a sub title ‘the key messages’.

The icon of stage and screen’s outing comes after she compared working on Catherine the Great to a ‘nunnery’ – after she cut down on drinking, partying and staying up late for the role.

The 74-year-old actress, who stars as the woman who ruled the Russian empire from 1752 to 1796, admits that despite working hard filming the period drama she is ‘feeling great’.

Icon: The 74-year-old wore a frilled white blouse tucked into an elegant black pencil skirt with white buttons and matching a belt

Speaking to The Sunday Times’ Culture Magazine, she said: ‘When you go into this sort of work, it’s like going into a nunnery, really. You just have to go into a mode of proper diet, no drink, no partying, go to bed early. I should be knackered, but actually I feel great.’

Meanwhile, Helen admitted she thinks things have ‘changed substantially’ for women in the film and television industry as of late.

Asked if she has noticed any changed, she said: ‘Hugely. In the last 10 years – or really the last three or four years – things have changed substantially. 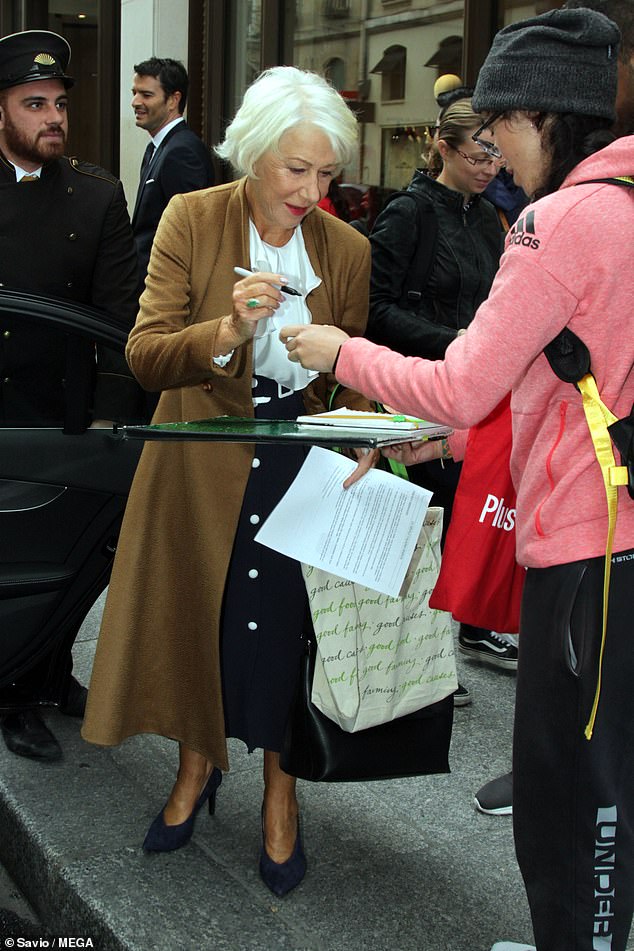 Crowd pleaser: The dame, pictured signing autographs, added a long brown coat over the ensemble, as she added height to her frame with a pair of black heels

‘When I first did Prime Suspect they were not at all sure that a female-led drama would be acceptable to the public. So that’s how much things have changed since we first began Prime Suspect. It’s changed hugely.’

The four-part drama will chart the latter years of Catherine’s 34-year reign and was filmed in Russia, Latvia and Lithuania.

Following the assassination of her husband Emperor Peter III in 1762, Catherine was rumoured to have had a string of male lovers and children through illicit affairs. 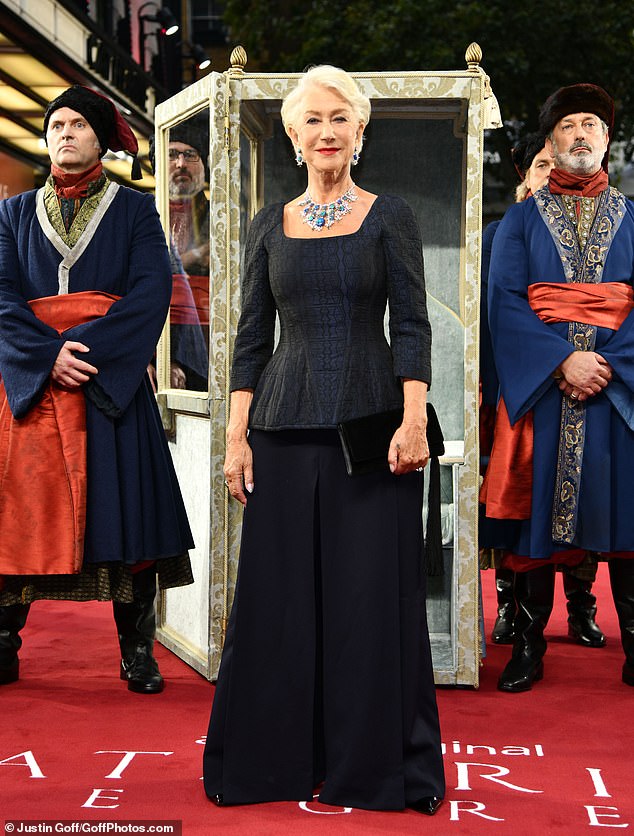 Regal: Dame Helen Mirren appeared in great spirits as she attended the UK premiere of her new period drama Catherine the Great at the Curzon Mayfair in London on Wednesday

The series will particularly focus on Catherine’s relationship with Russian statesman Grigory, who is played by Terminator Genisys star Jason Clarke.

It will be Helen’s first major television role for 13 years, having last played Queen Elizabeth I in a Channel 4 miniseries.

Speaking to the Daily Mail’s Baz Bamigboye, Helen gave an insight into her love life while speaking about her role in the show.

‘I’ve had probably three or four serious lovers. I was serially monogamous until I met my husband. And now I’m just monogamous,’ said the star, whose lovers included Liam Neeson, before she married the ‘love of my life’ director Taylor Hackford, 22 years ago. 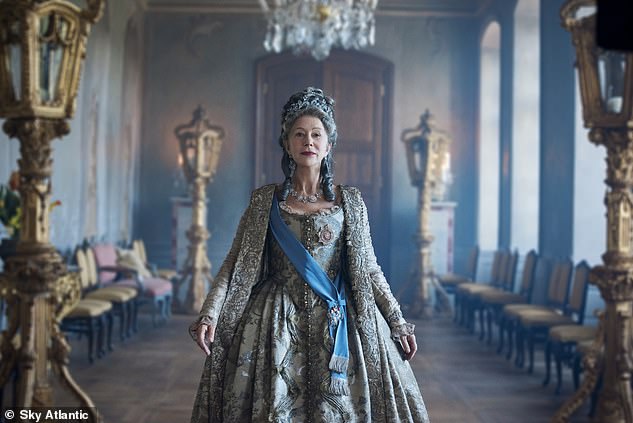 Portrayal: The Cal star is set to play the role of Russia’s former empress in the hotly-anticipated miniseries (pictured)