D.L. Hughley reveals he tested positive for COVID-19… after he passed out onstage at a Nashville comedy club

D.L. Hughley announced that he had tested positive for COVID-19 on Saturday.

The 57-year-old comedian revealed his diagnosis in a somber Instagram video taken from inside the hospital as he was about to be discharged.

He was tested after he passed out in the middle of a stand-up set at a Nashville comedy club late Friday night. 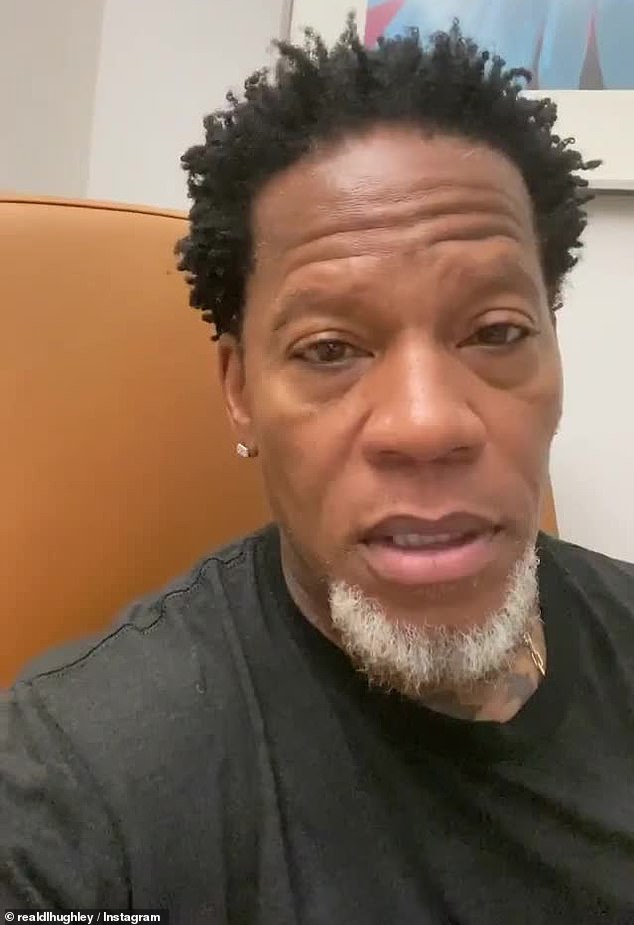 Shocking news: D.L. Hughley, 57, revealed he had been diagnosed with COVID-19 in an Instagram video from Saturday after he passed out a comedy show in Nashville late Friday night

D.L. opened the video by mentioning he was about to leave Saint Thomas Hospital in Nashville and gave thanks to his fans for their well-wishes, along with a joking dig at other comedians because they ‘called and said such evil things’ while he was unwell.

He explained that he was originally being treated for extreme exhaustion and dehydration.

‘But they ran a battery of tests, and I also tested positive for COVID-19, which blew me away,’ he said.

The comedian explained that he was asymptomatic. Contrary to popular belief, most asymptomatic COVID-19 carriers still feel sick, but don’t have the deep coughs or other intense symptoms associated with the illness. 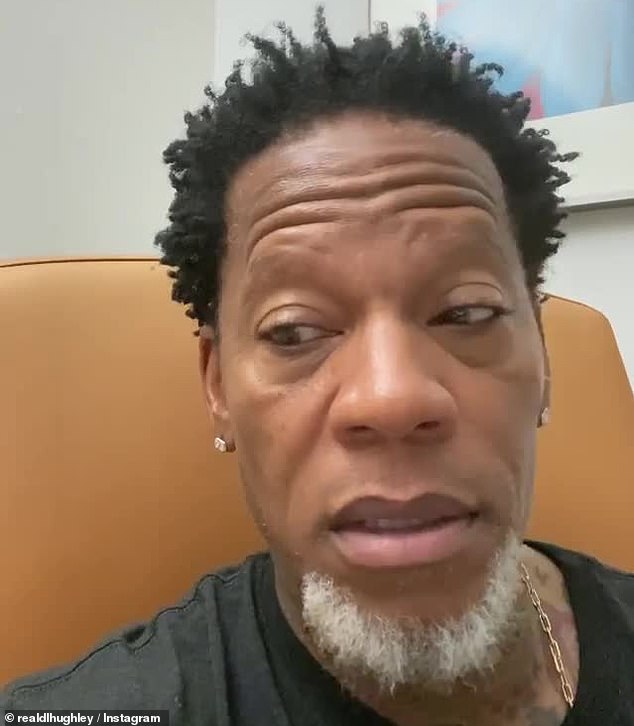 Didn’t see that coming: He explained that he was being treated for extreme exhaustion and dehydration. ‘But they ran a battery of tests, and I also tested positive for COVID-19, which blew me away,’ he said

‘Apparently, I just lost consciousness. So, in addition to all the other stuff that you have to look out for, if yo’ a** pass out in the middle of a show on stage, you probably need to get tested.’

D.L. added that he was going back to his hotel room to quarantine for 14 days.

He gave thanks again and asked for even more positive thoughts from his fans before soberly saying he hoped the symptoms didn’t get any wore.

D.L. passed out onstage at Zanies Comedy Club in Nashville around 11 p.m. the night before.

Both a fire truck and an ambulance arrived at the scene where the comic was put on a gurney and taken to the hospital.

However on Saturday morning his rep assured TMZ: ‘He is awake and feeling better, and wishes to thank everyone for the very kind prayer and thoughts.’ 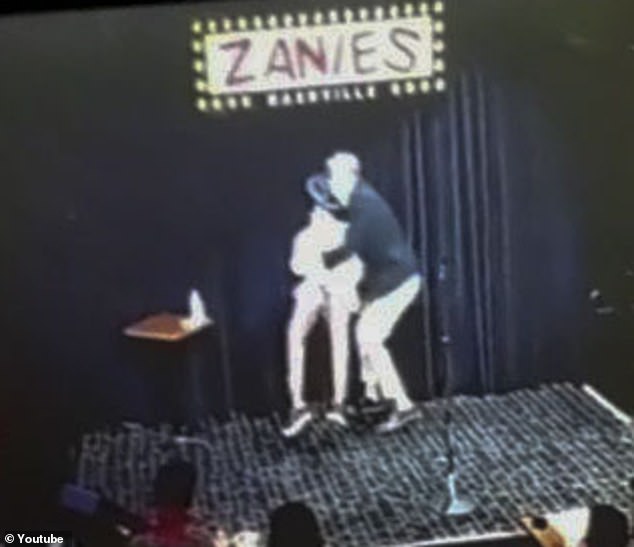 Scary: D.L. passed out onstage at Zanies Comedy Club in Nashville, Tennessee around 11 p.m. this Friday 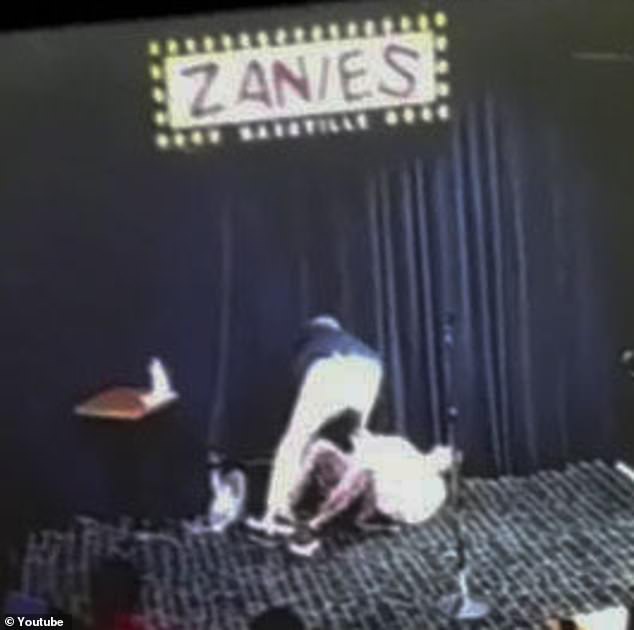 Medical attention: Both a fire truck and an ambulance arrived at the scene where the comic was put on a gurney and taken to the hospital 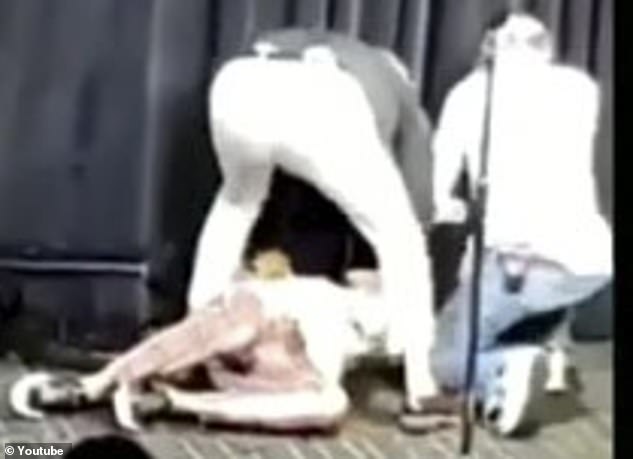 Taking precautions: The rep explained D.L. was ‘suffering from exhaustion after all the week’s work and travel, and was kept overnight at the hospital for tests under doctor’s orders’

The rep explained D.L. was ‘suffering from exhaustion after all the week’s work and travel, and was kept overnight at the hospital for tests under doctor’s orders.’

In a video obtained by TMZ he can be seen getting a water bottle from his security guard during his performance.

He had reportedly begun to have trouble speaking during his set, and shortly after he got the water bottle he became visibly faint.

Luckily the guard was alert and climbed back up onstage before D.L. fell, catching him and saying: ‘I got you, I got you.’

The crowd gasped and the guard carried the comedian away, with no explanation provided to the audience.

Zanies was able to reopen on May 15 after being temporarily closed down by social distancing rules amid the coronavirus pandemic.

It’s unclear how many guests or employees were wearing masks, though multiple people glimpsed in the video of his collapse were unmasked. 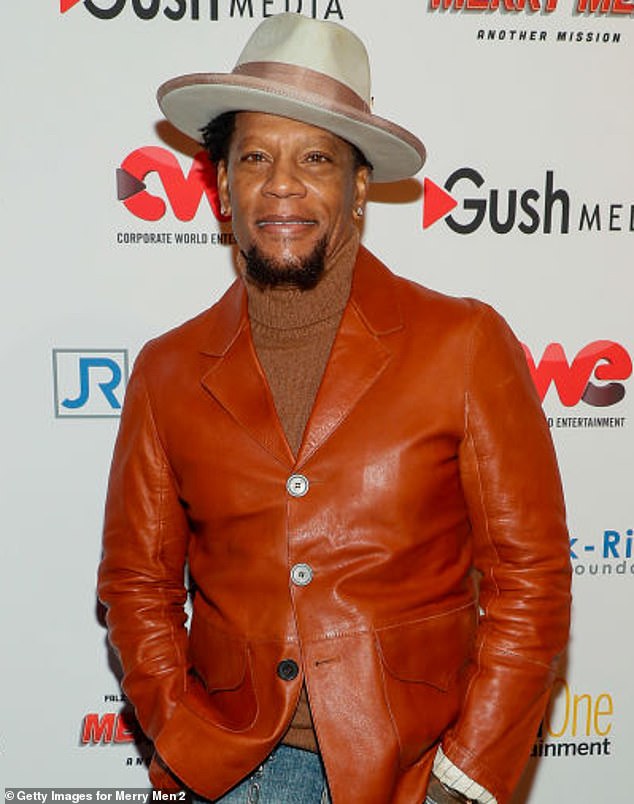 D.L. began his engagement at the club this Thursday and was scheduled to also play the venue on Saturday and Sunday.

He was booked for two shows a night throughout his stay at the club and when he passed out onstage it was his second show that day.

By Saturday morning he was retweeting well-wishes from friends including filmmaker Jeremy Newberger who joked that ‘@RealDLHughley is the only comic who can die on stage while still killing. Feel better DL!’