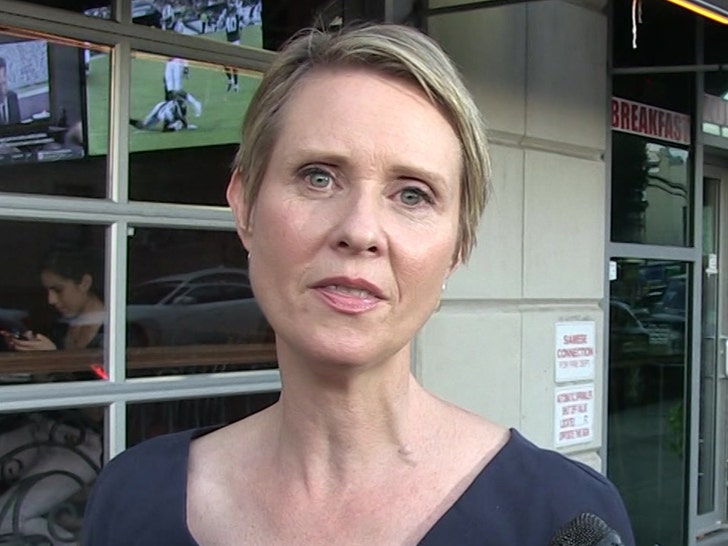 Cynthia Nixon believes those who shoplift basic necessities should get a pass — but her intended compassion is falling on deaf ears — and the actress is getting hammered for it.

In a rather Robin Hood moment, Nixon tweeted, “The CVS on my corner has started locking up basic items like clothing detergent. As so many families can’t make ends meet right now, I can’t imagine thinking that the way to solve the problem of people stealing basic necessities out of desperation is to prosecute them.”

Of course, what Nixon is saying is that people who can’t afford necessary items and steal out of desperation shouldn’t face criminal charges.

However, Twitter users took issue with her sentiment … one user said, “I grew up poor, and we never took anything that we hadn’t paid for. It’s insulting that you think the less fortunate have no ability to discern right from wrong.”

Another pointed out that in allowing theft, store would jack up prices, hurting more consumers and the market in general.

Nixon ran to become Governor of New York in 2018, but if she plans to dabble in politics again, this is one viewpoint she may want to leave out of her campaign.