Cristo Fernández is best known for playing Dani Rojas in the Apple TV+ series Ted Lasso. On May 15, fans of Fernández can watch the actor take part in the Rocket League 7-Eleven Slurpee Cup on May 15. Leading up to the Rocket League match, Fernández discussed his partnership with 7-Eleven and the upcoming third season of Ted Lasso with Showbiz Cheat Sheet.

Why Cristo Fernández wanted to partner with 7-Eleven

Rocket League is a sports-action video game that combines soccer and rocket-powered cars. For his upcoming match on the final day of the Rocket League 7-Eleven Slurpee Cup, Fernández will be going up against professional stock car racing driver Toni Breidinger.

Both Fernández and Breidinger were asked to participate in the match by 7-Eleven. On the phone with Showbiz, Fernández shared why he wanted to partner with 7-Eleven.

“I just really like 7-Eleven,” he said. “Because back home in Mexico, in Guadalajara, where I’m from… it’s always the place where I go when my family and my friends are doing barbecues, and we forgot some ingredients, or we forgot some drinks, and we just go quickly there to get ready for the barbecue.”

The Ted Lasso actor also told Showbiz what he likes to grab whenever he goes to 7-Eleven.

“I really enjoy the Cheetos,” he said with a laugh. “… the Doritos. I really like the Slurpees.”

What Cristo Fernández thinks of his Rocket League Match

For the Rocket League match, Fernández and Breidinger will team up with influencers Jon Sandman and Chell. The video game will be streamed on Rocket League’s Twitch channel and YouTube channel on May 15 for fans to watch.

“It’s really exciting,” Fernández said of the match. “Many people know me as an actor working in Ted Lasso, playing a football player. But I used to play professional football back in Mexico. So football is part of my life, my passion. But I’m also really into cars. I really love cars and video games… It combines the things I like the most, and it’s going to be really, really exciting to play with Toni Breidinger.”

Going into the match, Fernández thinks his skills as a soccer player will give him an edge.

“It’s all about teamwork too… The football skills help a lot, like passing the ball and rushing and just knowing those tempos the game needs,” he said. 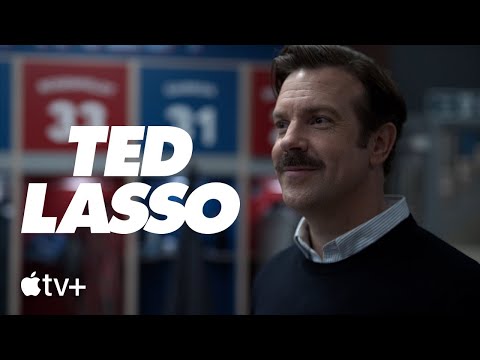 What the actor could share about season 3 of ‘Ted Lasso’

Fernández is currently in London filming season 3 of Ted Lasso. On the phone with Showbiz, he shared what he could about the new season.

“I mean, the only thing I can say is that personally, the scripts, I don’t know how the writers do it. They’re just getting better and better. There’s going to be many, many important key moments in different characters. And then hopefully the fans will really love it,” Fernández said.

He added, “I wish I could tell you more… I only know what happens halfway through the season.”