The bistro owner was shockingly shot through the Rovers’ glass front door after Derek Milligan (Craig Els) fired his gun inside.

Shona Ramsey (Julia Goulding) and Gary Windass (Mikey North) also ended up in hospital after being shot and the gunman met his own end when he fell from a helter skelter during a tussle. 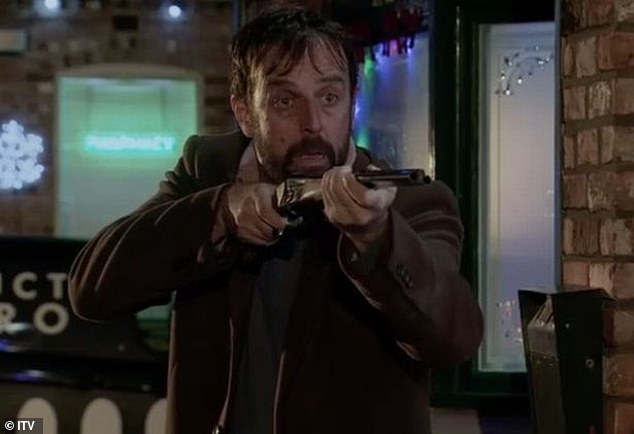 In emotional scenes Robert (Tristan Gemmill) was seen walking up to the pub with a teddy bear for his newborn son – who he never got to meet.

He was shot through the glass door, unbeknownst to anyone inside, and staggered away from the entrance.

As he leaned against a wall Robert grabbed at his chest and saw there was blood before collapsing to the floor.

While on the ground Robert tried to use his phone but ended up dropping it as he passed out. 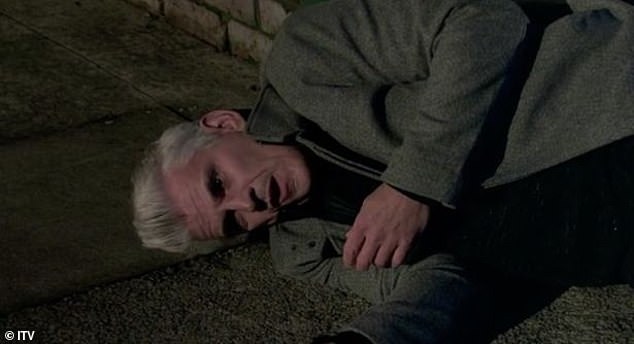 Shocking: Robert was shot through the Rovers’ glass doors as he held a present for his new born son but quickly fell to the floor 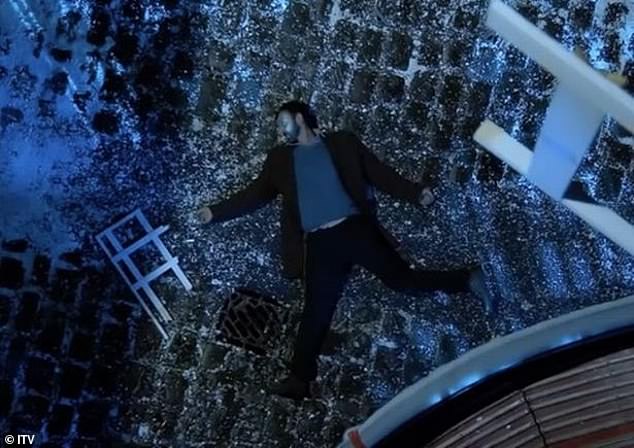 Climax: Derek’s shooting ended after he tussled with Gary Windass (Mikey North) and fell off the helter skelter

However it wasn’t until later in the episode that Robert died, after asking Michelle to leave a voicemail on his baby’s mother’s answerphone.

She couldn’t get through but pretended to leave a message before Robert went into cardiac arrest.

The rampage started after Gary held Derek hostage in a bid to stop him reuniting with his children, but he broke free and stole an antique rifle.

After Robert was shot, Gary managed to get the crazed gunman out of the packed pub and moved towards the winter wonderland fair, where the Platt family were. 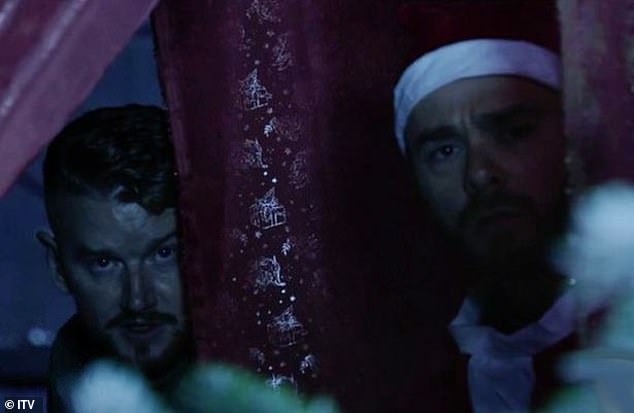 Scared: David and Gary tried to hide as Derek caused chaos at the winter wonderland fair

Gary told them to hide but after Shona’s son wandered into the gunman’s path the builder was shot in the shoulder trying to move the youngster.

In a dramatic climax Gary and Derek ended up on top of a helter skelter, where they tussled and Derek shot one more time – hitting Shona who was hiding in a box.

Robert had been heavily hinted to be the victim of the Christmas Day siege, after actor Tristan announced he would be leaving the show by the end of the year. 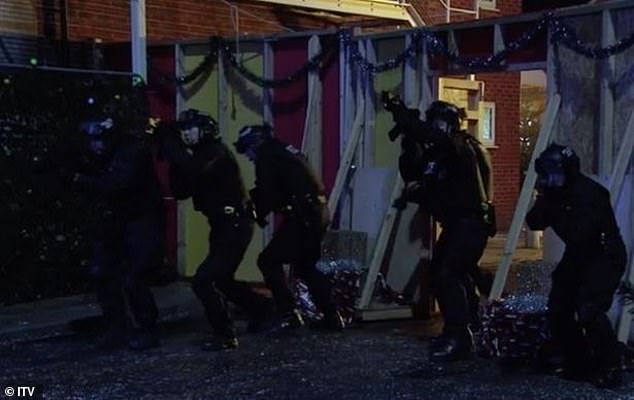 Drama: Riot police turned up at the fair after Derek managed to injure three people in the action packed episode

It had been reported that he would be caught in the crossfire and die off-screen after suffering a heart attack on the way to the hospital.

A source previously told The Sun: ‘Derek gets drunk and starts waving a gun around the pub.

‘There’s a tense stand-off then a massive fight between the two men and two people are shot, including Robert, who dies on Christmas Day. 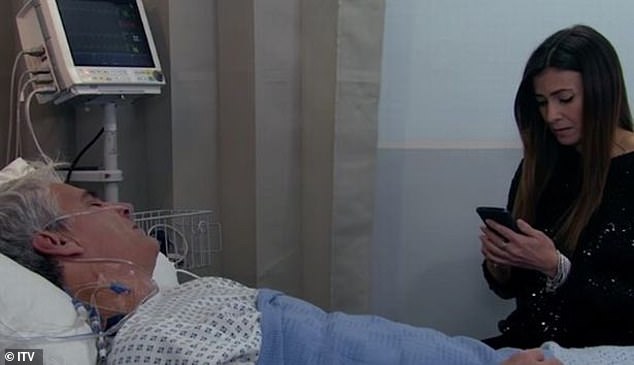 Emotional: Robert asked Michelle to leave a voicemail on his baby’s mother’s answerphone before he died in hospital

‘He makes it to hospital but suffers a heart attack and dies off-screen in a bit of snub to Tristan. It’s left to Michelle to tell everyone he’s dead.’

It had also been previously reported that Shona would be left comatose after being shot, as actress Julia Goulding exits the show to go on maternity leave.

A TV insider told The Sun at the time: ‘Shona will be left fighting for survival in her coma with her family devastated at what’s happened. It’s going to be gut-wrenching.’ 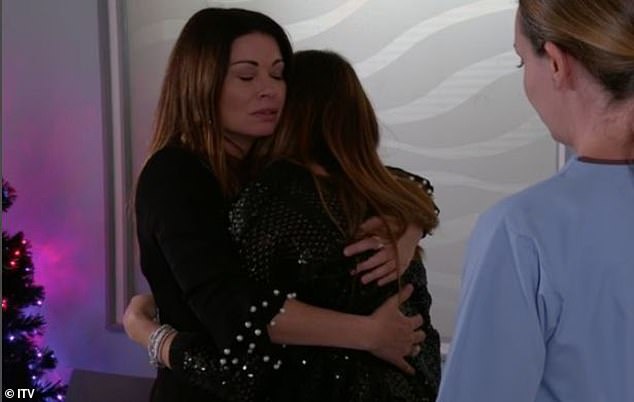 Devastated: It was previously suggested that Michelle would be the one who had to tell everyone Robert had died