QUITTERS DON’T DESERVE REMATCHES … so says Khabib Nurmagomedov‘s manager who says Conor McGregor fought so poorly at UFC 229 that he doesn’t deserve another crack at the champ.

“This guy, he quit,” Ali Abdelaziz tells TMZ Sports … “How are we gonna give a guy a rematch? He’s a bitch.”

Remember, Khabib dominated the fight — and ultimately forced Conor to tap out from a brutal neck crank in the 4th round where it looked like Khabib was gonna rip CM’s head clean off.

But, that doesn’t mean a rematch won’t happen — after all, Ali says he’s a businessman and would happily allow Conor to get his ass kicked again … if the price is right.

There’s more … Ali also has some strong words for Conor’s coach, John Kavanagh — a guy he’s been beefing with for months.

Long story short, Ali says John can talk all the trash he wants … but he better be prepared to back it up if they ever meet in the streets. 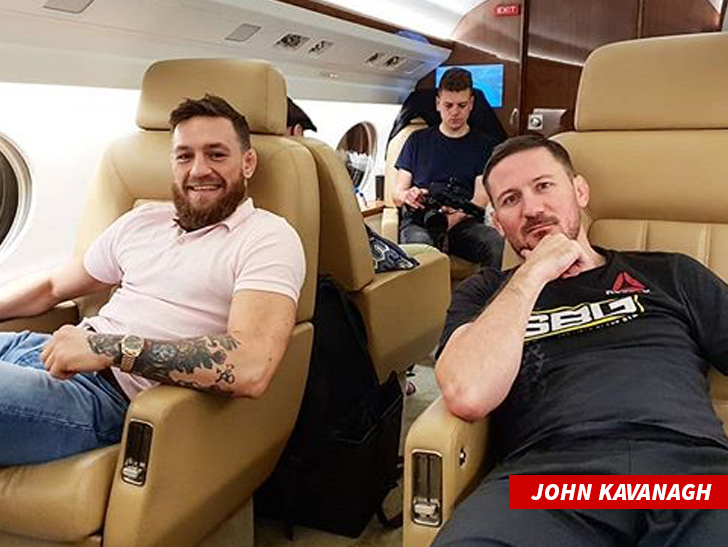 “If I’m inside an arena under regulations, I’m gonna respect the rules. But, outside the arena, there are no rules for me,” Ali said.

“But, if you think you’re gonna talk crazy and make fun of my religion? Imma catch you outside.”